HE by Mango, Barcelona 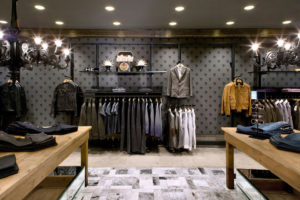 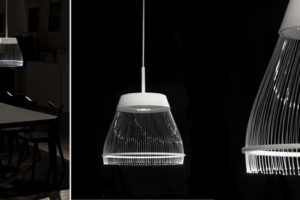 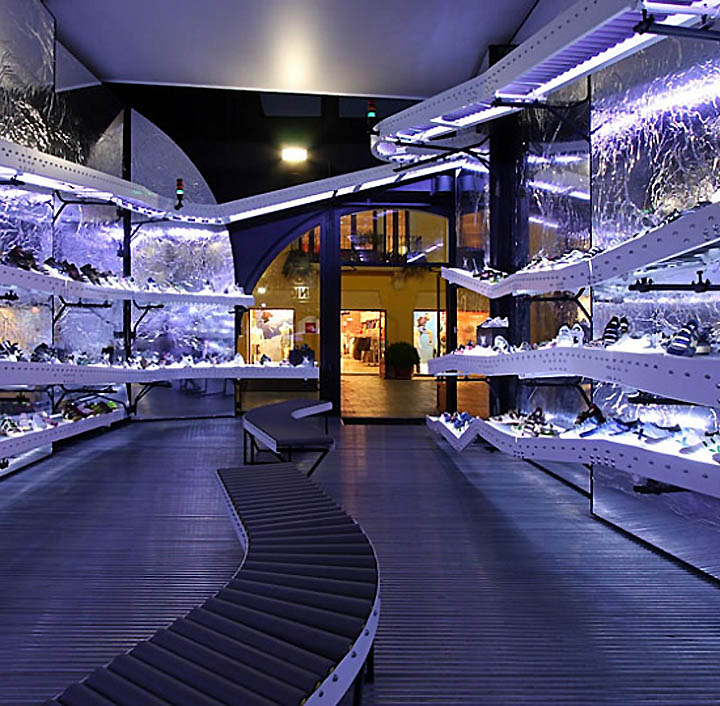 Designed for shoe brand Munich, the interior has reflective walls while peep-holes in the facade allows shoppers to glimpse behind-the-scenes of the store. The innocent and fresh vision of kids are the leitmotiv of the new shop that Munich Shoemakers have opened in La Roca Village Shopping Complex in Barcelona. 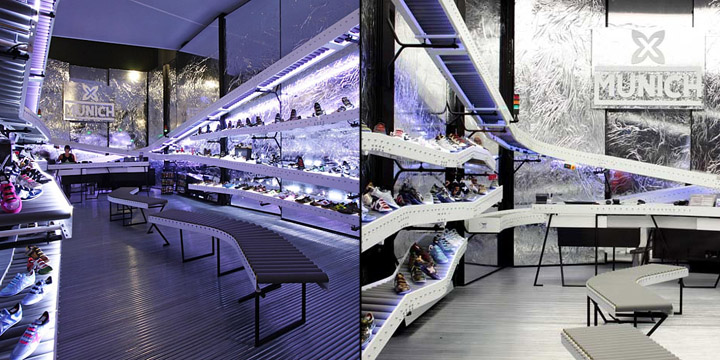 From the start, the project uses the imaginary set around the question ‘How do things work?’, commonly asked by us in our childhood. The shop plays with the idea of moving Munich’s factory in Capellades to La Roca. The aim is to make the costumer believe that, behind the eight meter wall, a team of 21st century shoemakers are doing their pair of shoes in the same moment.

The shopping experience becomes something more exciting: to buy a Munich’s pair means to become, for a while, a lucky kid. The amazing conveyor belts system invading the ceiling, crossing and rotating when necessary. The walls that multiply the shop to a blurring infinite, the traffic of boxes going up and down the warehouse, the traffic lights orchestrating all the movements, a sense of speed . 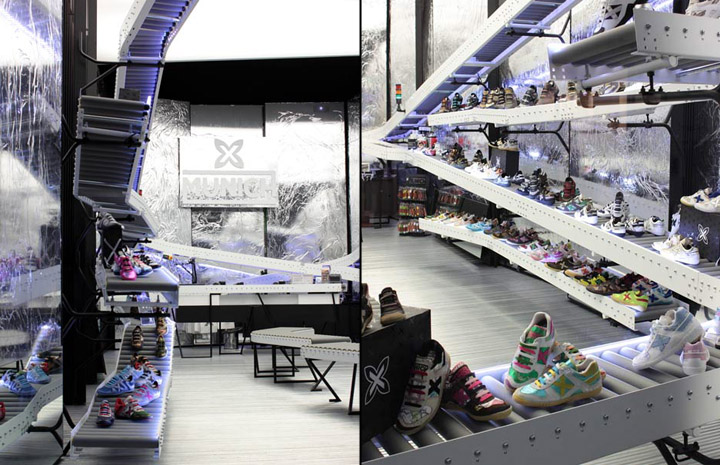 The election of materials was easy from the start: the intention was to recreate an industrial atmosphere using the products that the conveyor belt wholesaler offers, and making a reflecting environment that multiplies the belts to infinite. The pavement galvanized steel. All the furniture is also done with the conveyor belt rollers. 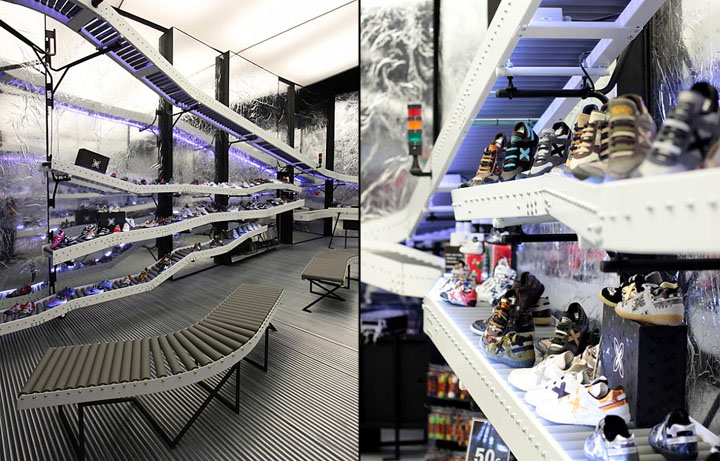 The project wants to fix the memory of a kid that once visited, with their parents, a shoe shop where a team of shoemakers hidden behind a wall made his first pair of Munich shoes. They let them fall through a conveyor belt to the counter, like if they were ‘freshly baked’. 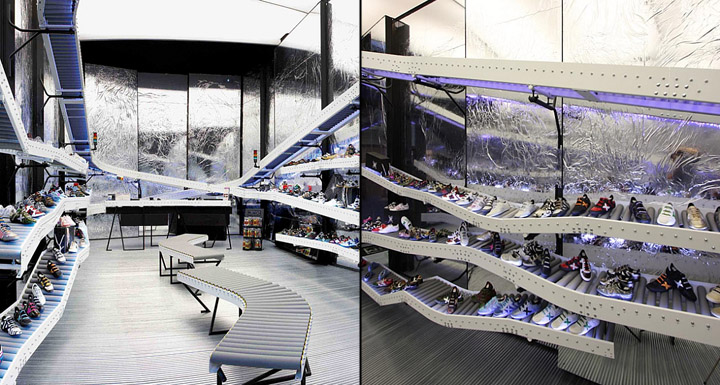 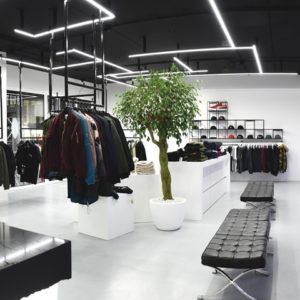 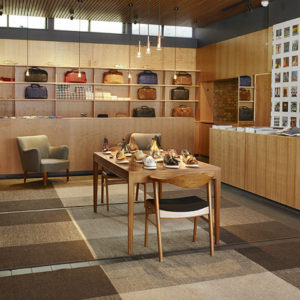 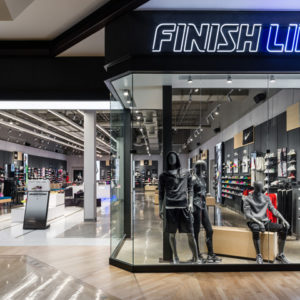 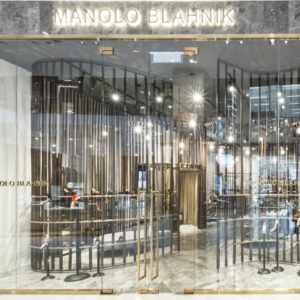