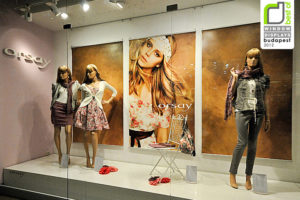 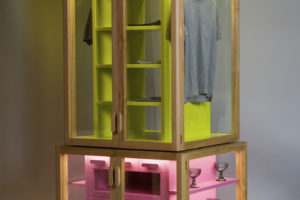 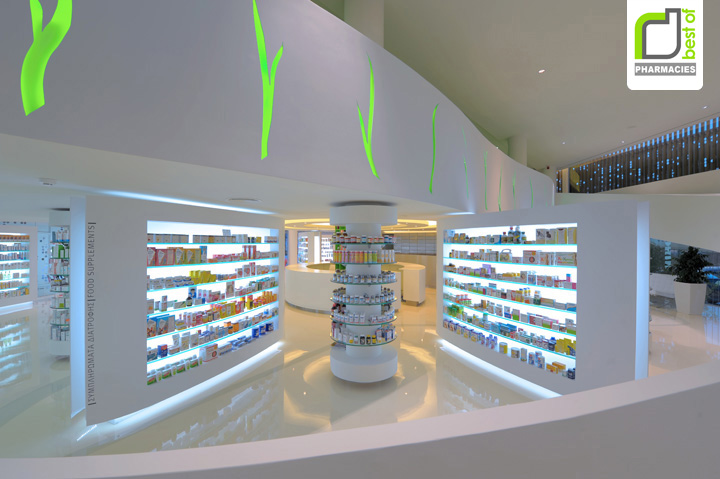 The design process for this large (600m2) supra-local pharmacy forced us to shift our viewpoint and come up with a virtual building—a placebo pharmacy. The octagonal shape of the existing structure was re-formed into a cylinder in order to create a spiral which seeks to converse with the rapid motion on Vouliagmenis Avenue, the urban artery on which the building stands. The panels of the façade are perforated using Braille, which both alludes to the system’s use on pharmaceutical packaging and boosts visibility by allowing the light to find its way into the interior. The new facade also protects the interior while acting as a lure for passers-by. Inside, the product display mirrors the circular frontage, while a ramp up to the upper level extends the dynamism of the exterior spiral into the interior space. The Pharmacy is arranged over two floors, the ground floor being the primary shop space with the upper mezzanine floor consisting of ancillary office space used as a temporary surgery for visiting health professionals. The pharmacy is arranged in plan in a radial pattern with the main cashiers desk acting as the focal point. The product displays fan out from this focal point giving the cashier the ability to view the whole pharmacy from this central area. The drug dispensary, preparation areas and toilets are also arranged off this radial pattern. This pattern gives a natural flow to the space and allows light deep into the center of the plan at all times throughout the day. 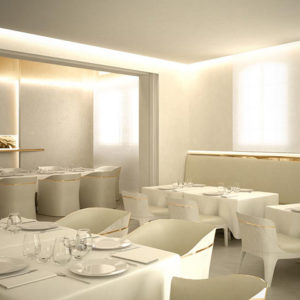 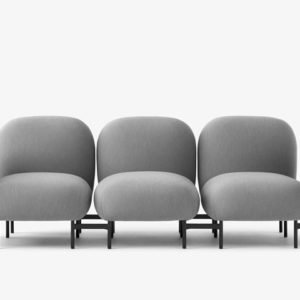 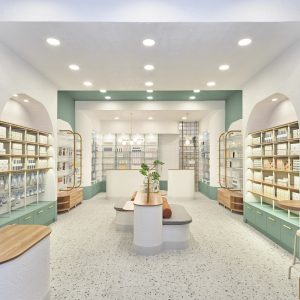 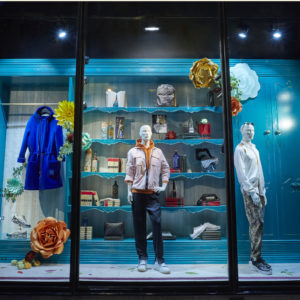