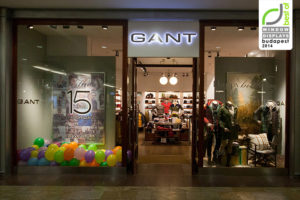 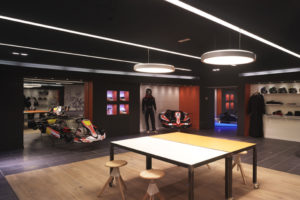 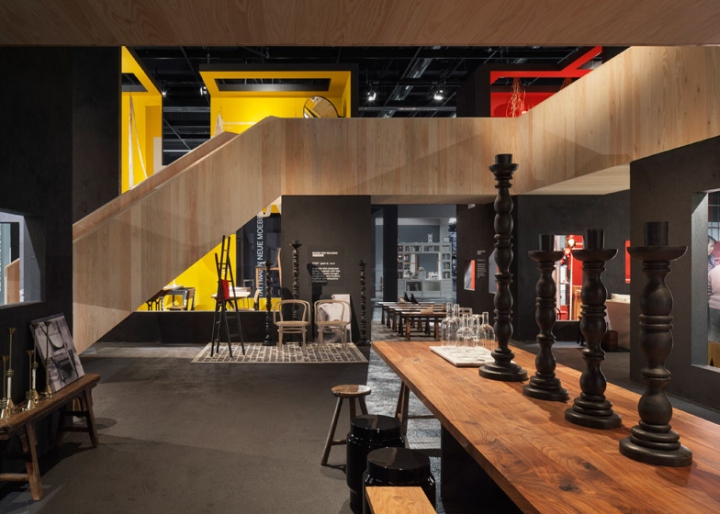 Cologne 2015: Chinese studio Neri&Hu has installed its vision for the home of the future – overfilled with furniture – at the imm Cologne trade fair. Das Haus is created at imm Cologne each year by a different designer or studio, asked to embody their personal take on the future of domestic space. Neri&Hu’s design for this year’s Das Haus installation aims to question the way people populate their homes with furniture and objects. Instead of just looking forward, Lyndon Neri and Rosanna Hu wanted to draw a comparison between past and prospective living environments – using their home city of Shanghai as an example. “Our Haus is meant to unsettle people because we want to challenge them so that they don’t just see a trade fair with the most beautiful furniture and the best materials, but really begin to question where we stand today – especially also in China,” said Lyndon Neri at an imm Cologne press conference in Shanghai last September. “Whether we’re using furniture in the right way? How much do we need? And what is it really, the home?” Laid out over two storeys for the first time, the installation comprises five stacks built from plywood around a metal scaffolding frame and painted black on the outer surfaces. These are positioned close together, creating gaps in between that are reminiscent of the tight alleyways found in densely populated areas of Shanghai. Visitors are encouraged to follow a route through the space, first around the ground floor then up a wooden staircase that leads to a balcony-like corridor. The wooden structure meanders between the different stacks, offering glimpses into each through cut-outs in the walls. The interior of each stack is coloured a bright tone and includes furniture items that would be found in different parts of the house. Rooms are overpopulated with furniture and accessories to question the limits of the spaces. Some of the designs are well-recognised mid-century pieces, while others are prototypes that the designers are hoping to put into production. Three single beds and multiple Stool 60 designs by Alvar Aalto fill the blue-coloured stack, which is lit by spherical lamps placed on and around the furniture. The yellow room is populated by different desks, while chairs are suspended above. The bathroom, situated in the red-coloured space, has two wooden bathtubs surrounded by a maze of copper piping. Extra furniture is placed around the black spaces in between the stacks to create an atmosphere that suggests outdoor living and dining.
Das Haus will remain in place for the duration of this year’s imm Cologne event, which continues until 25 January. 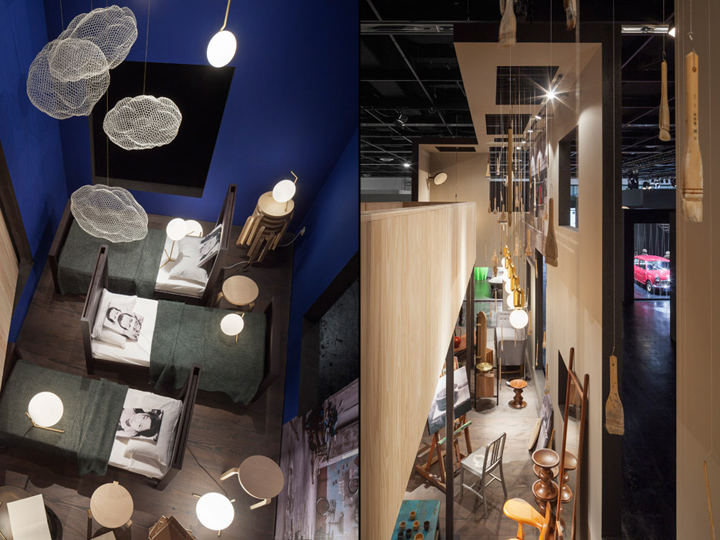 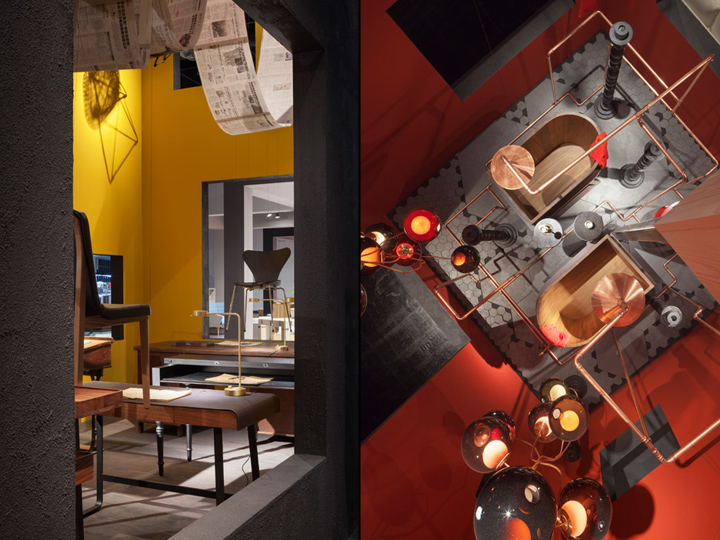 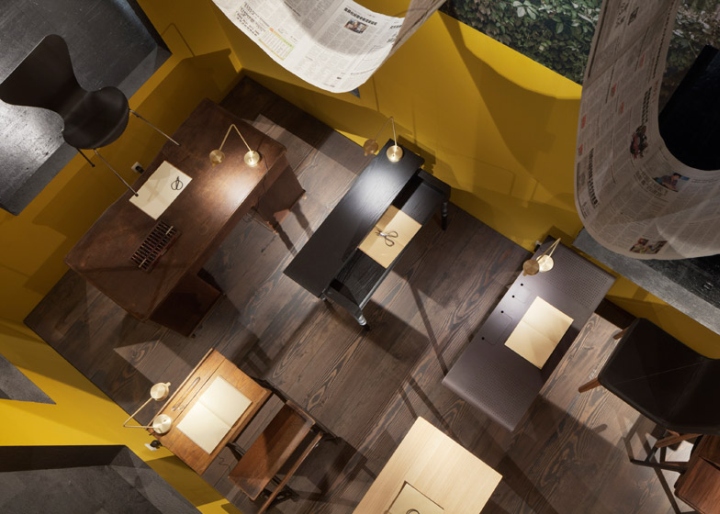 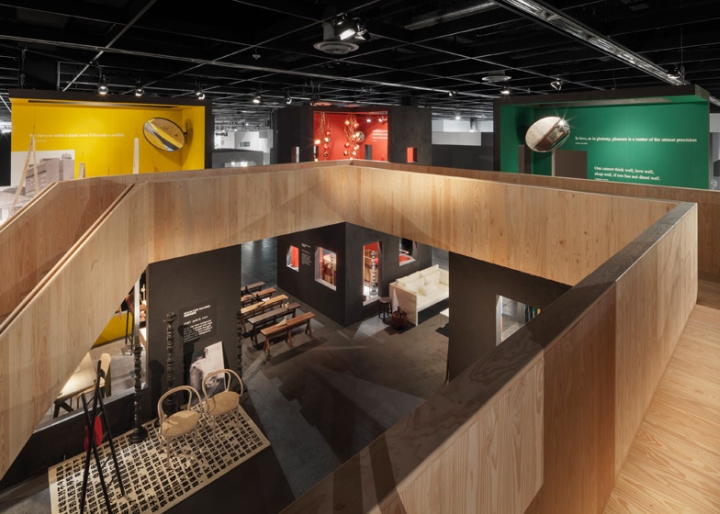 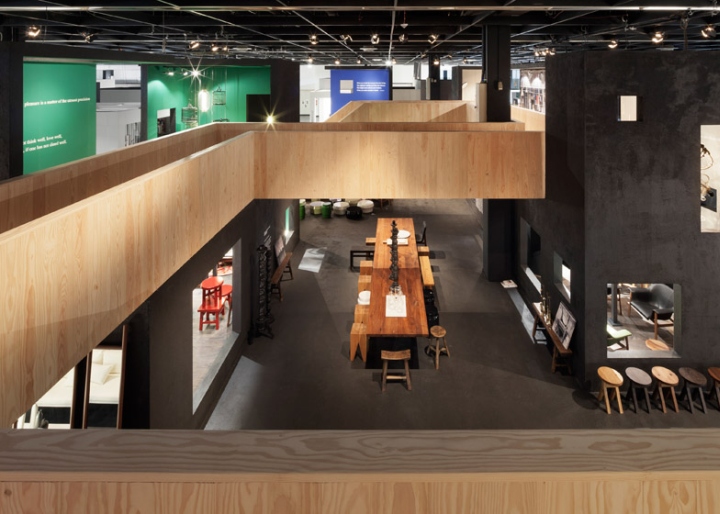 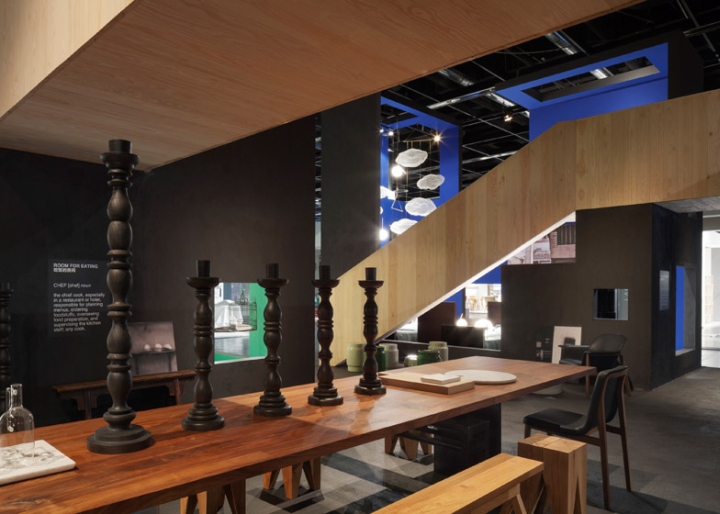 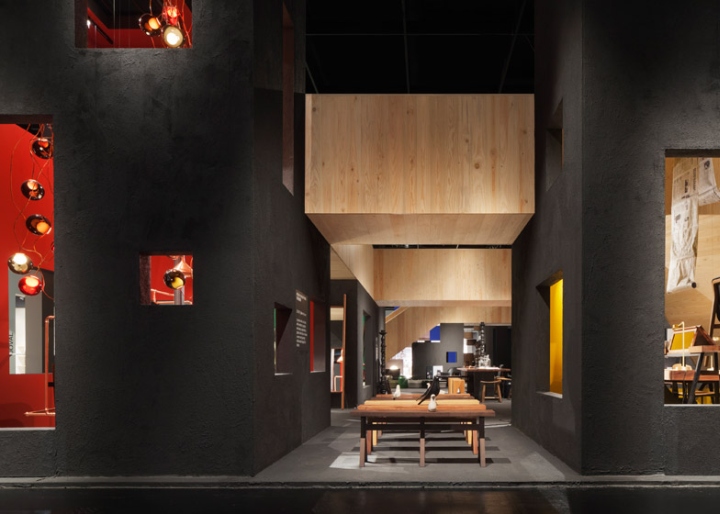 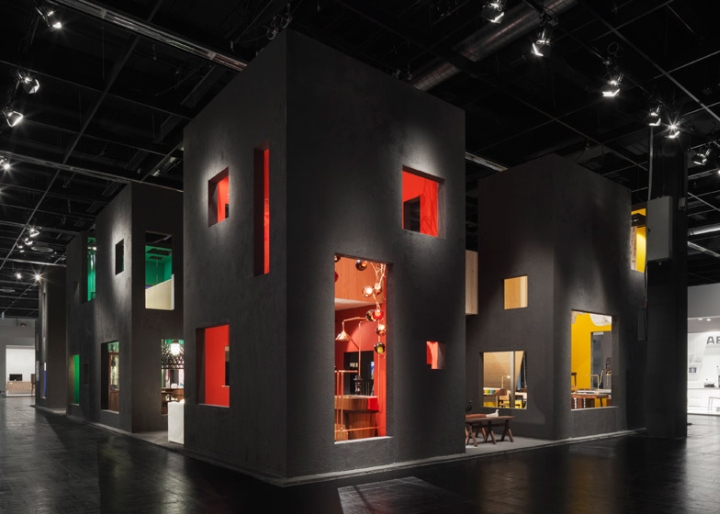 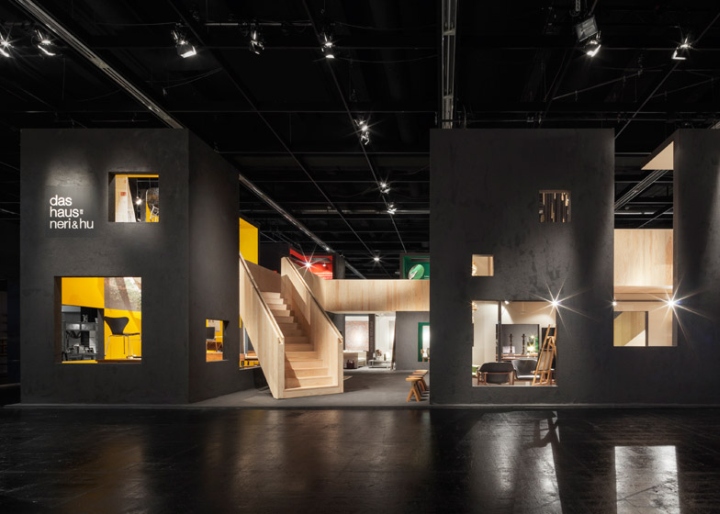 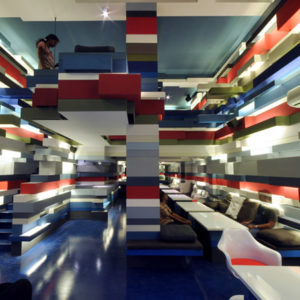 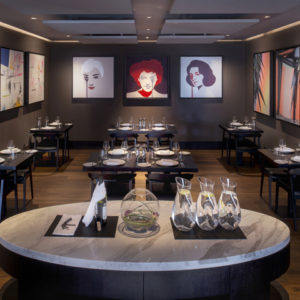 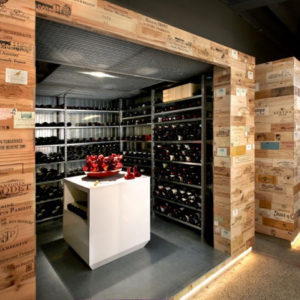 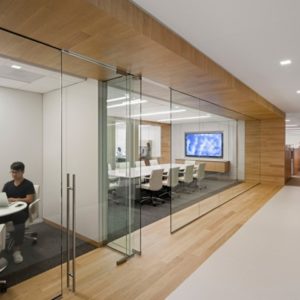