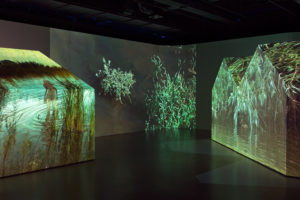 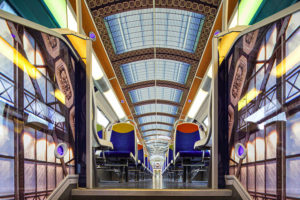 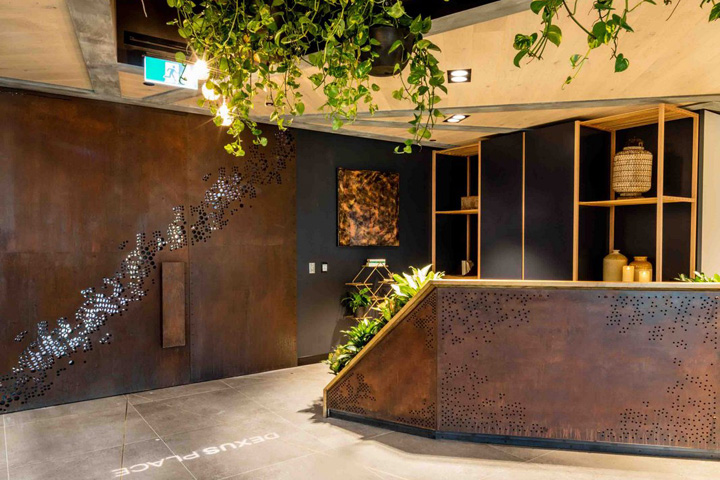 Girvan Waugh has designed the new offices of DEXUS Place located in Brisbane, Australia. DEXUS Property Group has added another DEXUS Place to its repertoire with the opening of the state-of-the-art DEXUS Place Brisbane. Designed by Girvan Waugh the space is a multi-functional, flexible and technologically enabled environment that acts as an extension to DEXUS customers’ workplaces, providing a venue for events, meetings, conferences or research. The inspiration behind DEXUS Place Brisbane was to bring the outdoors inside, creating a corporate atmosphere. Based on the curves of the Brisbane River, the space celebrates the life and habitat of the waterway and its neighbouring city. Finnish Architect Juhani Pallasma said ‘the door handle is the handshake of the building’, and on entering the lobby the scene is set, with the reflective surface of the waterway leading towards a perforated corten steel door. Inspired by the San Francisco de Young Museum, the door has been made to bespoke specifications and is reminiscent of the earthy, pebbled riverbank that passes below. Opening into a verdant entrance the undulating hills and valleys surrounding Brisbane are transposed within, with lush greenery, lightly coloured stone and a tiered reception desk which mimics the oscillation of the hillsides. Natural light is a major feature of the space, creating a warm and uplifting atmosphere, reminiscent of the city itself. The relationship of the river collaborates with the cityscape through the contrast of bespoke components such as neon signs, copper-piping and urban elements, with pebble-like carpet textures and colours which reflect Brisbane’s riverbed, water and local flora. A sister to its Sydney and Melbourne counterparts, DEXUS Place Brisbane is the third in a series of highly thought out spaces which embody the essence of each city’s life blood and culture, helping to connect DEXUS customers along the east coast of Australia. 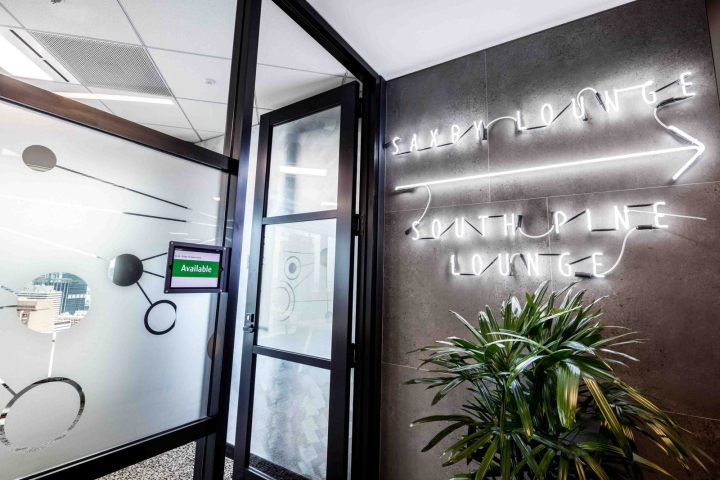 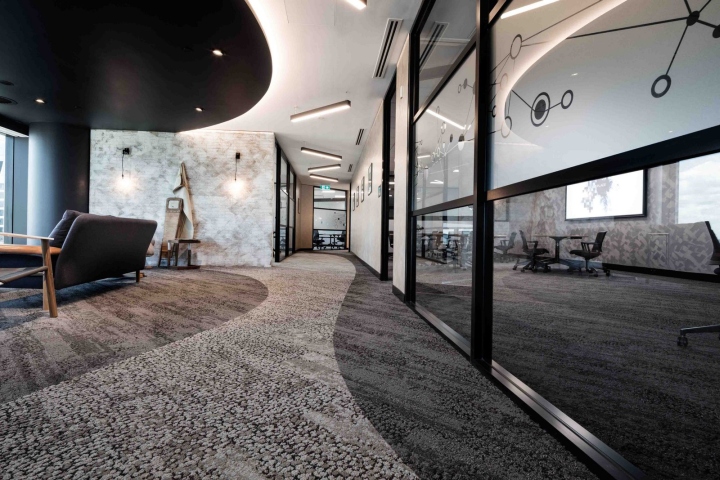 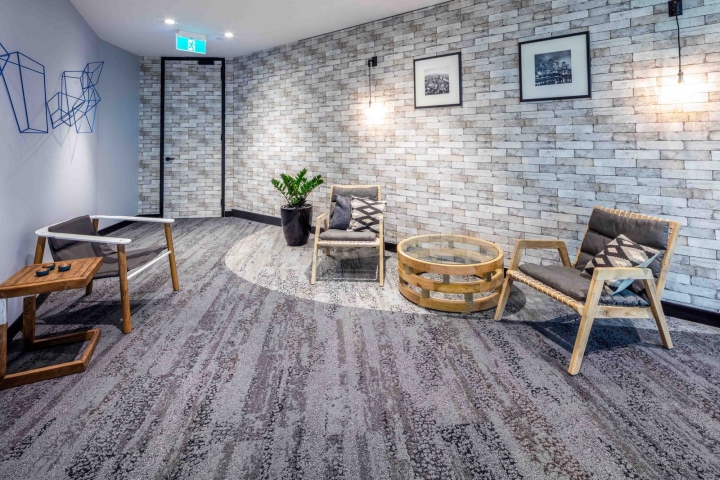 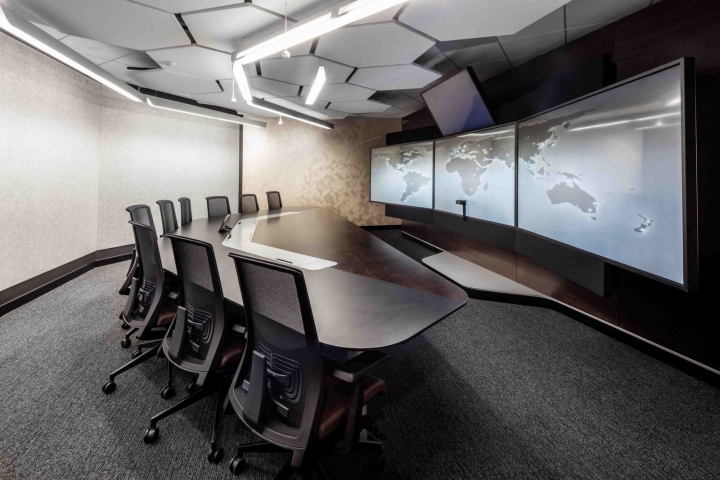 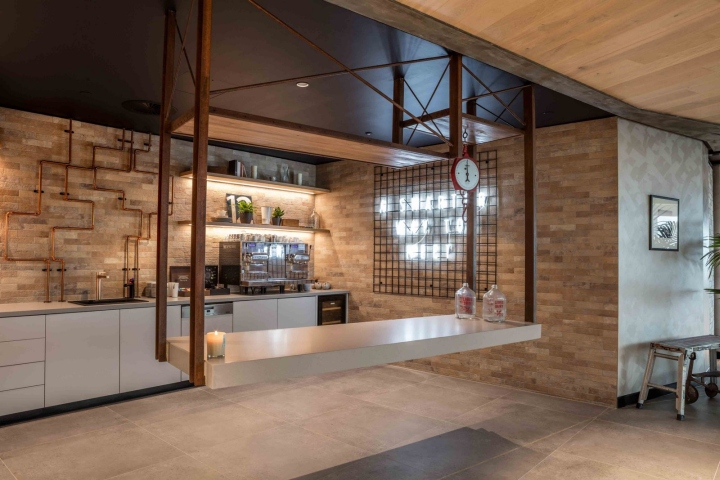 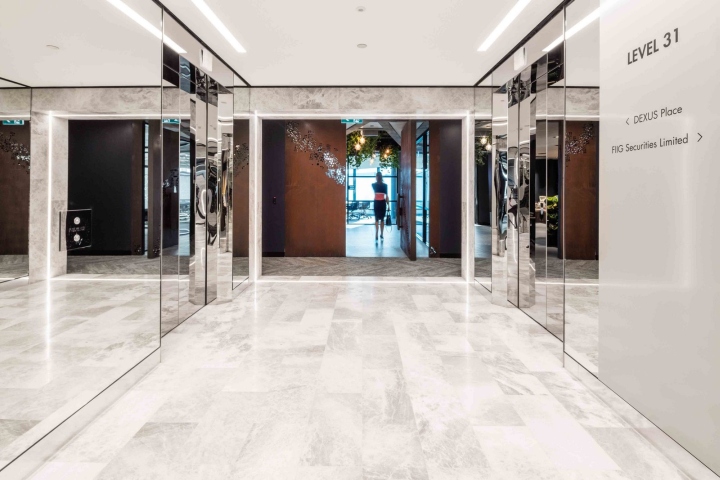 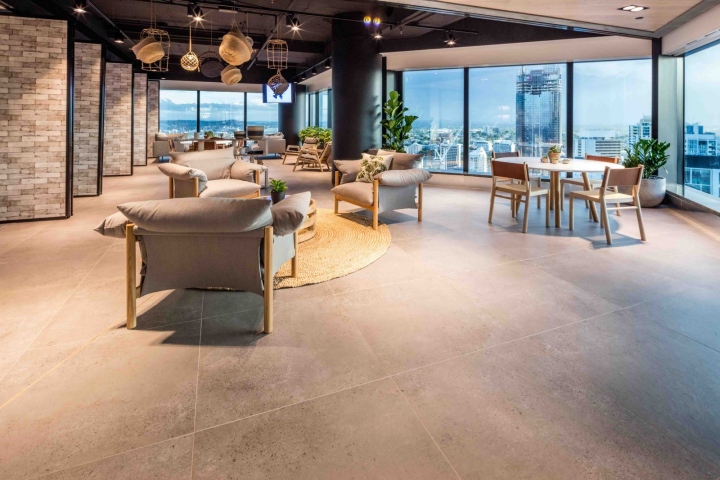 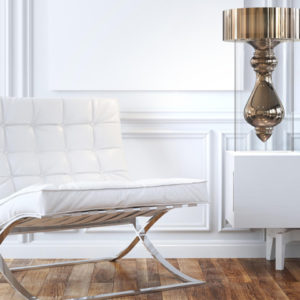 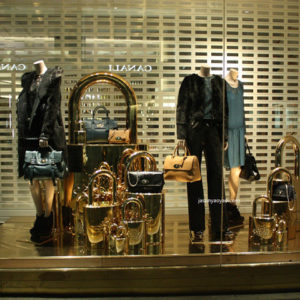 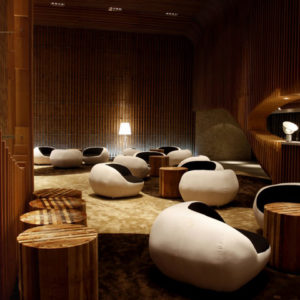 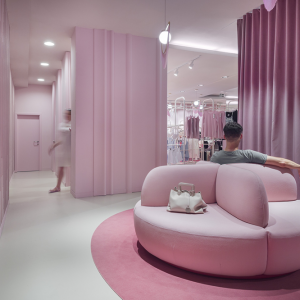