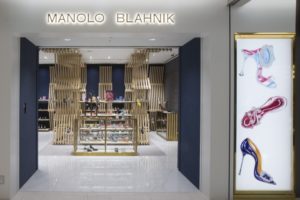 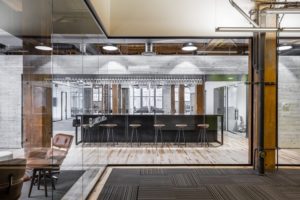 Stockholm-based Swedish-French design duo Färg & Blanche are known for their experimental upholstery, which in the past has seen them sew through wood and form objects from molded felt. Inspired by a three-month residency in Japan and in particular by the armor worn by Samurai warriors, for their latest furniture collection, they have been putting metal through their hardy sewing machines. “We were fascinated by the mix of hard and soft material, and how they attach to each other,” says Blanche.

“The different pieces create a shell when combined together, a protection in three-dimensional form. We were also intrigued by the fact that this armour conveyed a strong sense of the personality of these warriors.” For Salone del Mobile, Fredrick Färg and Emma Marga Blanche held a solo exhibition in the former church – now theatre, Teatro Arsenale. They showed a retrospective of their work together with 10 new furniture items and objects, large sculptures and light installations, the curation of which was intended to “question the relationship between hard and soft.”

They also hosted nightly dinners in the space throughout Milan Design Week during which guests sat on their chairs, ate and drank from their tableware and were entertained with experimental Swedish music played on their furniture, offering them to the chance to fully immerse themselves in the collections. “The craft and the process of making are really important as a fundamental part of our process as designers,” the pair explain.

“We like to push the frontiers of innovation and experiment, and to be a part of the future, while at the same time keeping old knowledge alive combining craft and technology.” A jointed light installation in the entrance to the show (above) will be repurposed after Milan Design Week and installed in three different Swedish schools. Dinner was served on their Succession collection (above), made by casting ceramic in molds made from felt wrapped in wire. The collection was developed by Petite Friture in partnership with porcelain specialists Revol.

Other pieces included the Couture armchair for B.D Barcelona Design, the Julius collection for Gärsnäs, the Frankie chair for Johanson design and a new carpet collection for Asplund, as well as the fruits of a collaboration with Bolon, which saw various pieces upholstered with the Swedish company’s flooring materials. Each evening, the pair introduced other Swedish designers to the gathered diners as part of Swedish Design Moves, a four-year program of promoting Swedish architecture, design and fashion around the world. 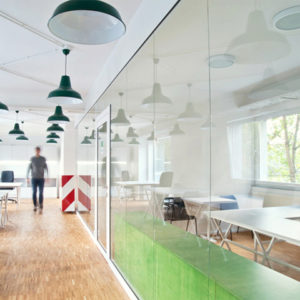 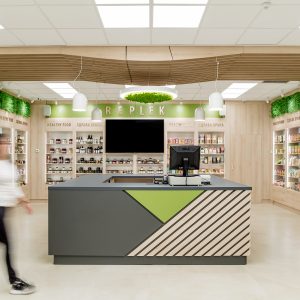 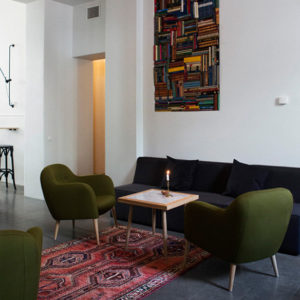 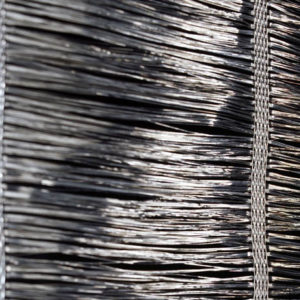