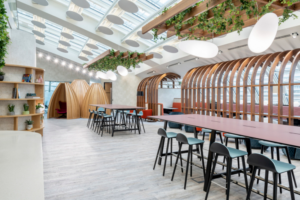 The Green House by architectenbureau cepezed 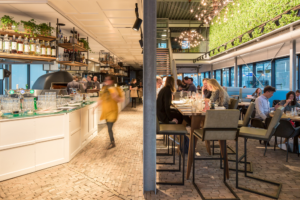 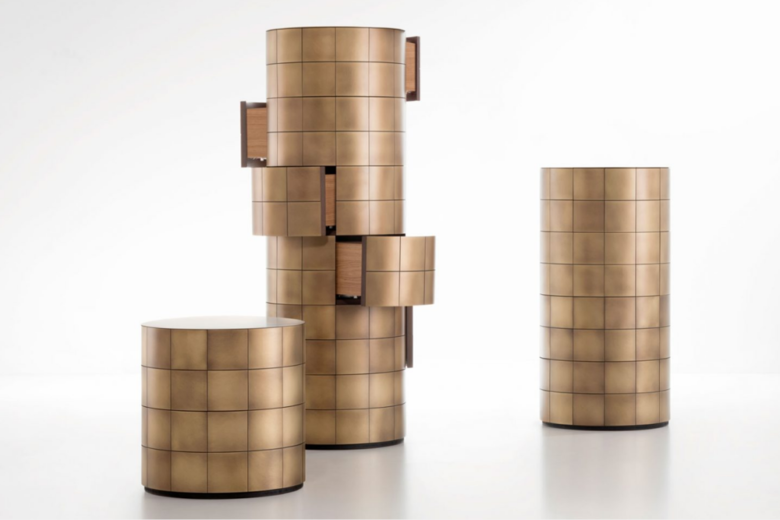 A set of cylindrical golden drawers and a set of geometric tables made from etched and oxidised metals are among the new products launched by Italian furniture brand De Castelli for 2019. De Castelli introduced four new metal furniture designs at the Salone del Mobile during Milan design week. They included a set of modular tables, a set of drawers, a console table and a series of modular bookcases. The new pieces, the brand said, are united by their experimental approach that “accents geometry, embodies tonality and emphasises texture”.

Inspired by the archetypal shape of a cylindrical vase, the Pandora drawer unit by Martinelli Venezia Studio is described as a modern treasure chest. Available in brass, copper and stainless steel, including polished, brushed, oxidised and scratched finishes, the totem-like units can be made with between one and six drawers, enabling them to be used as a storage tables, bedside tables or full chests of drawers.

Also by Martinelli Venezia Studio, the towering Babele bookcases are designed to be stacked together, either as freestanding units or mounted to a wall. The reduced design consists of circular discs of iron, brass or copper available in a variety of finishes and two diameters, and supported by slender stems that recall the tiered structure of the mythical Tower of Babel as described in biblical literature.

The modular Alchemy side tables designed by Italian design studio Stormo are designed to fit together in different configurations. The square, rectangular and circular tops come in a variety of chromatic finishes created by oxidising sheets of copper, brass and iron. In contrast, the concave bases are made from polished stainless steel.

“Alchemy is an ancient art whose main goal was to convert humble metals to precious ones, using an esoteric language to give materials a metaphysical quality,” said De Castelli. “The Alchemy collection was inspired by this magic science, resulting in changeable compositions of tables that come together in immediate formal chemistry.”

Finally, the Tako console designed by Filippo Pisan features treated brass, copper or iron drawer fronts engraved with a subtle chequered pattern made up of chevrons. The simple rectangular design is available in both hanging and free-standing versions. “Tako evokes the delicate decoration anointed by the DeErosion finish (De Castelli’s own processing technique that involves controlling the erosion of the metal to create irregular textures), for a vaguely-Japanese inspired pattern that filters light, modulating its reflections,” said the brand. 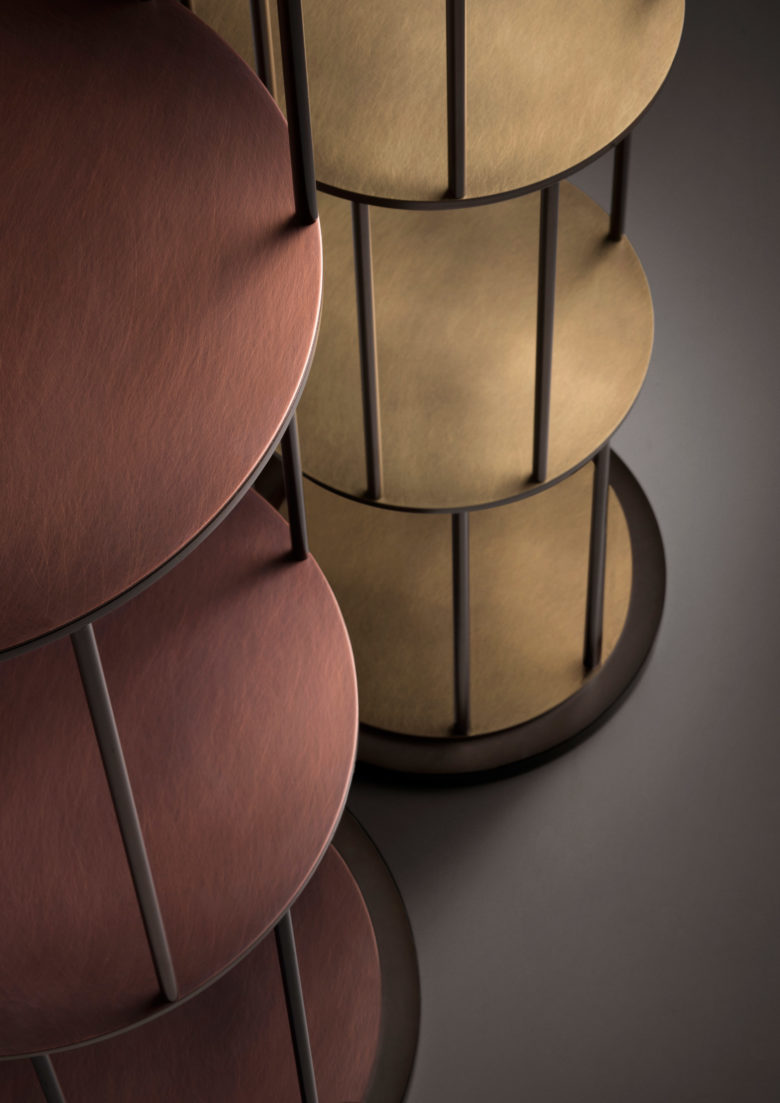 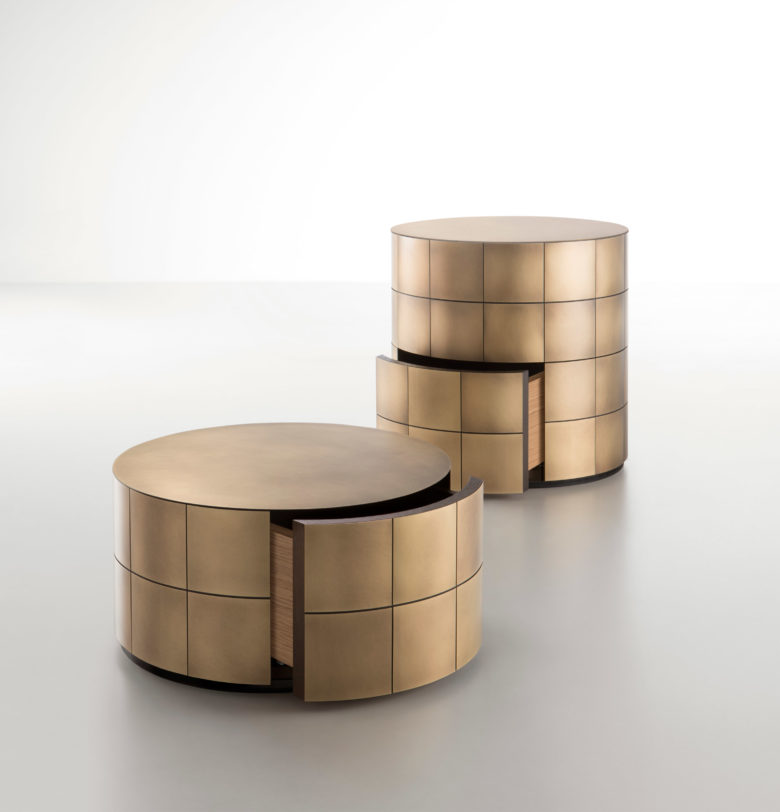 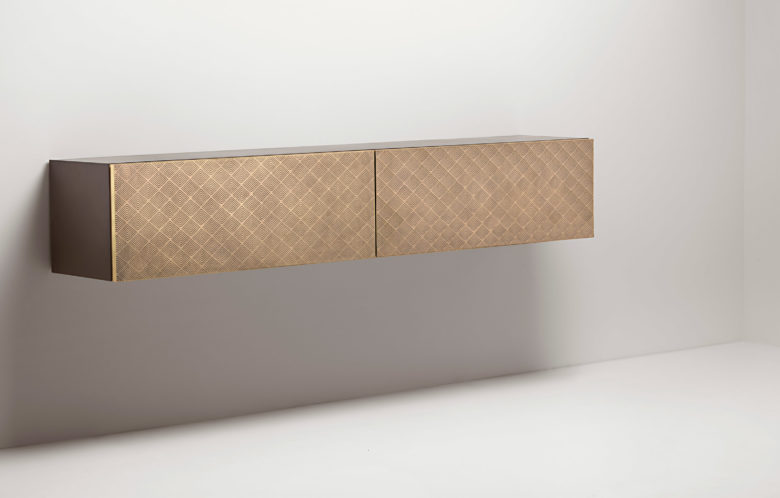 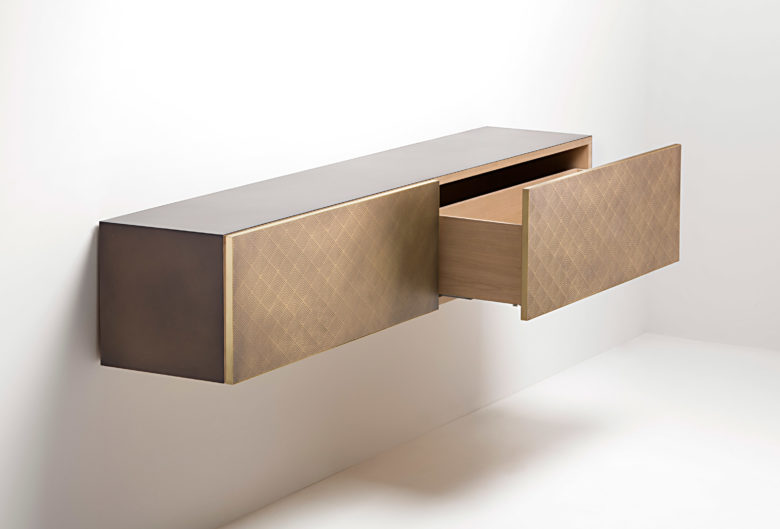 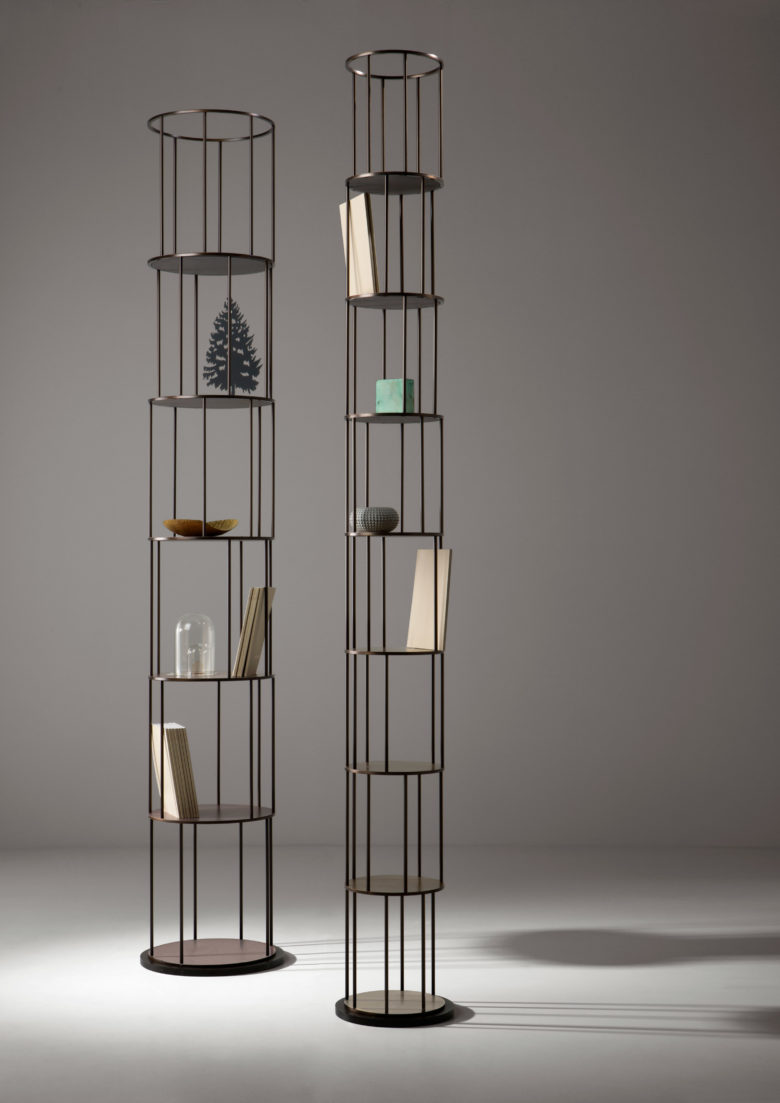 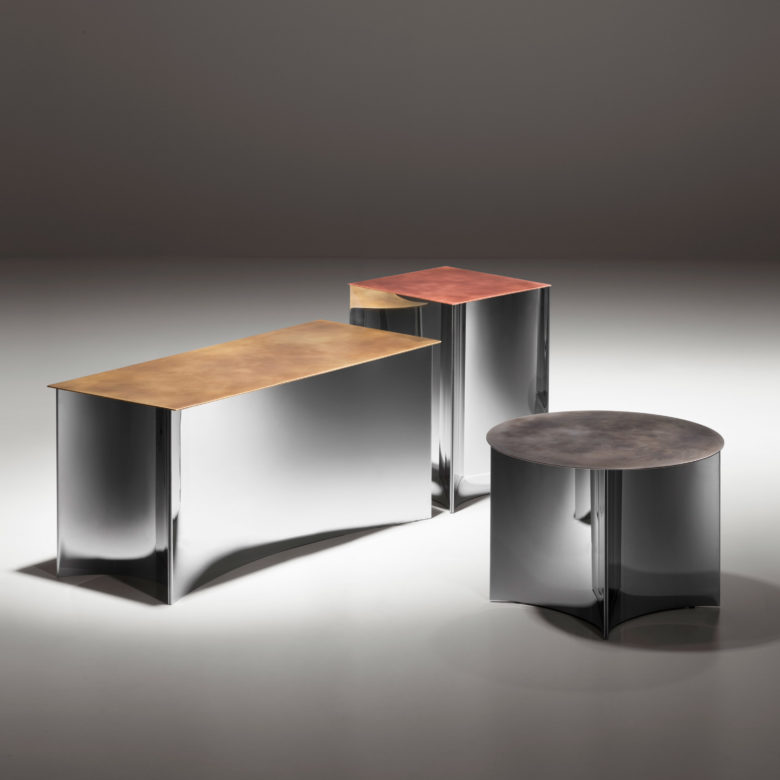 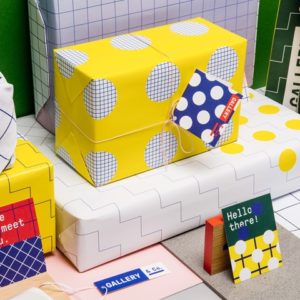 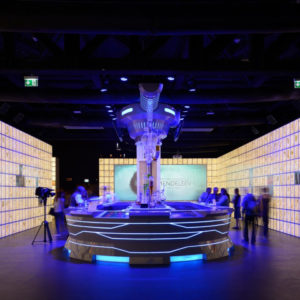 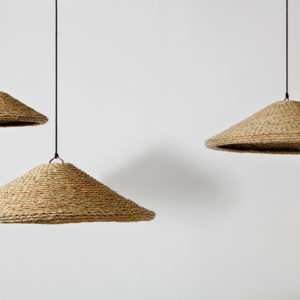 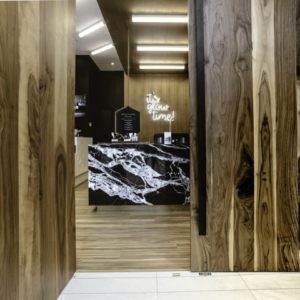