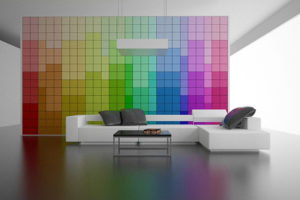 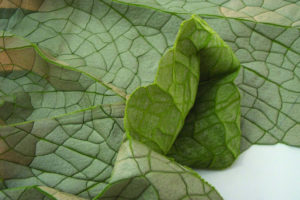 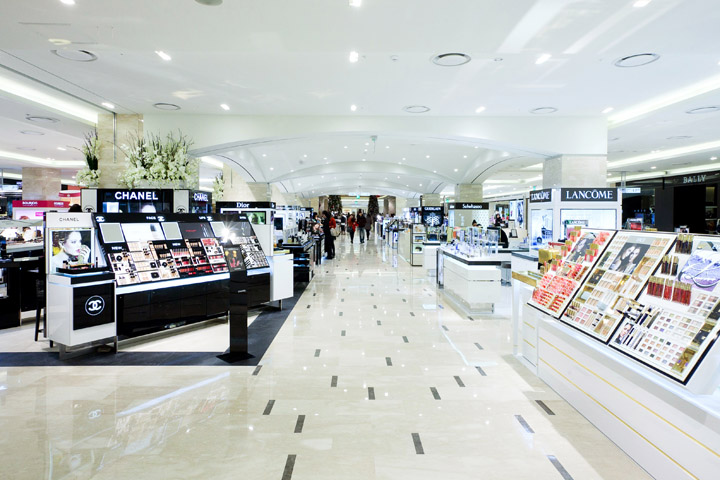 The Phase I East Building of Shinsegae’s new Chungcheong store debuted in December 2010 in the heart of Cheonan’s central business district. Working together, CBX (New York) and its JMCBX division (Seoul, South Korea) designed the architectural envelope for all merchandise areas; designed all public areas and customer amenities; and directed the total design of multi-branded departments. Shinsegae is known for many innovations—from creating Korea’s first department store in 1930, to being the first to accept credit cards in that country and the first to sign partnerships with foreign brands, including some of the most prominent luxury nameplates. Special amenities found inside the Chungcheong store–such as the VIP lounge (shown), Culture Hall and rooftop garden—are more in keeping with features found in a hospitality environment. The store’s East building is defined by a central atrium, along with an abundance of light made possible by an energy efficient lighting plan combining LED, metal halide and fluorescent sources. Vaulted ceilings as well as generous traffic aisles contribute to what the designers call a spacious, yet “cozy upscale” feeling. The Chungcheong store’s East building includes apparel for men, women and children (shown here), along with cosmetics and home products. Work on Shinsegae’s Chungcheong store began in March 2010. The complex’s 287,900-square-foot East building opened in December 2010 in the site’s former Galleria department store. The 193,700-sq.-ft. West building is expected to open in the second half of 2011 in the site’s former Yawoori department store building. Including an E-Mart hypermarket, cinema and other facilities, the complex’s total footage is 1.26 million square feet. 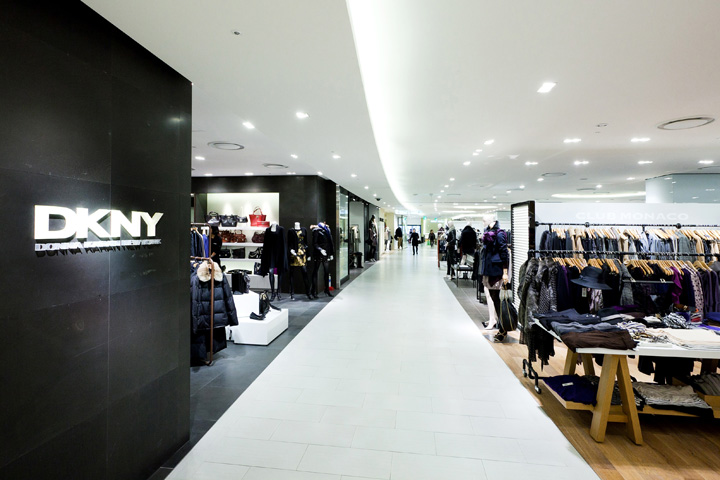 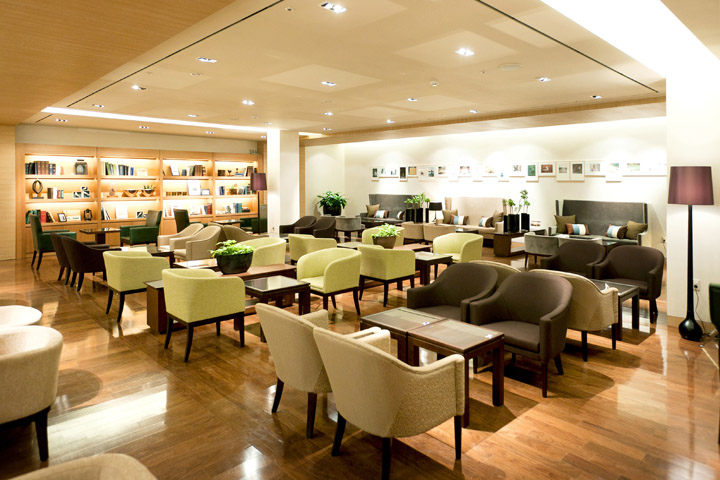 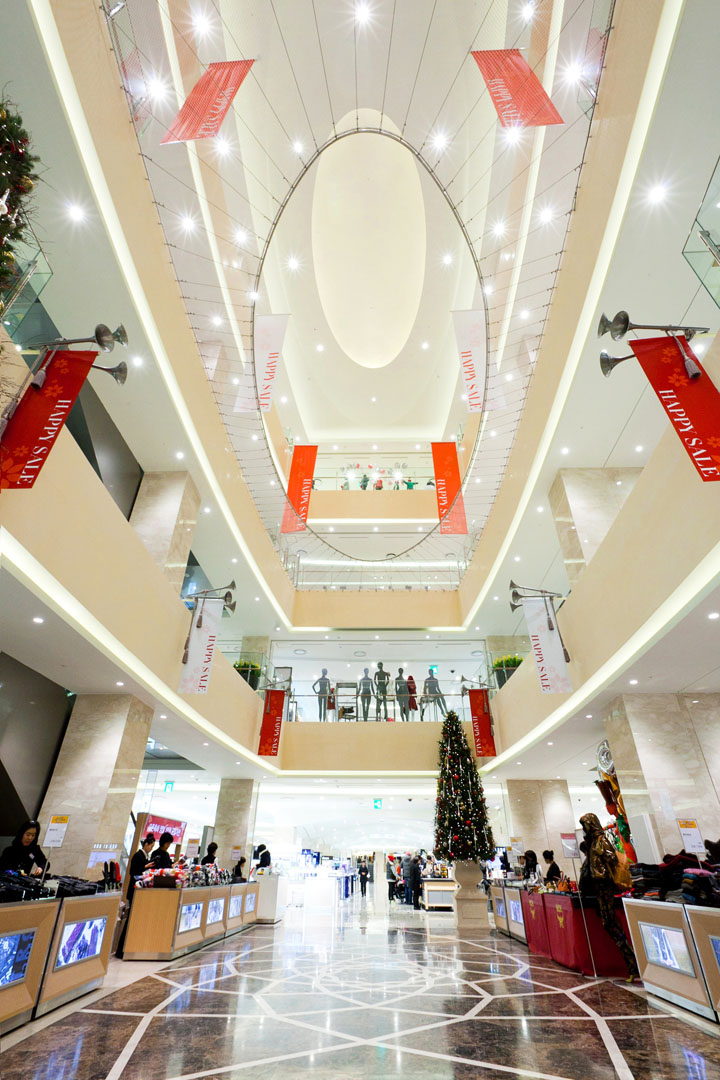 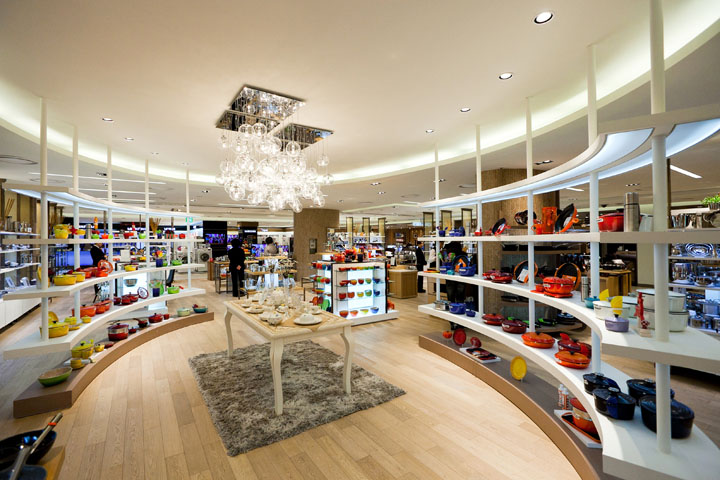 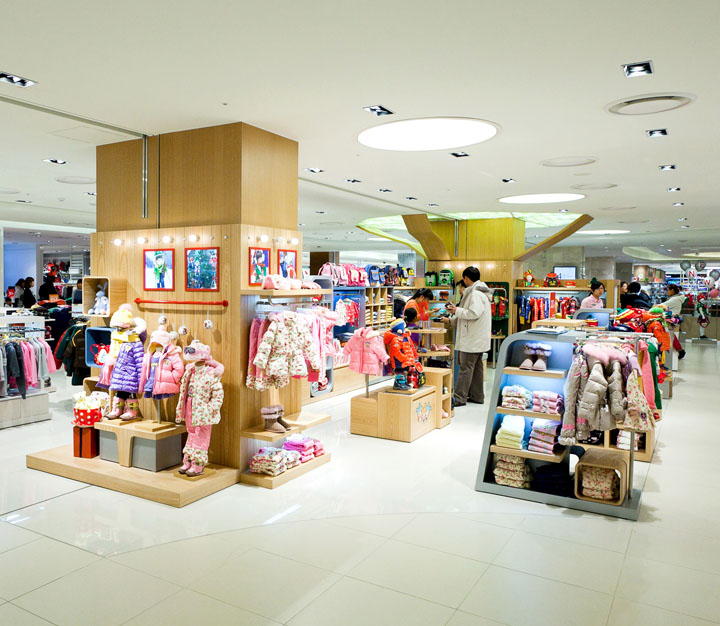 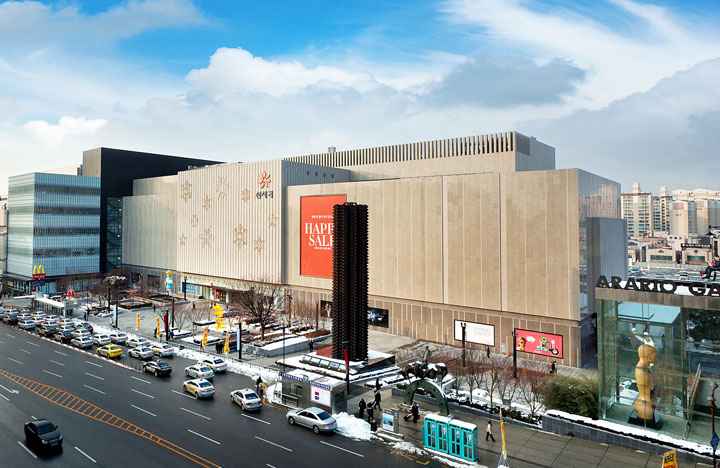 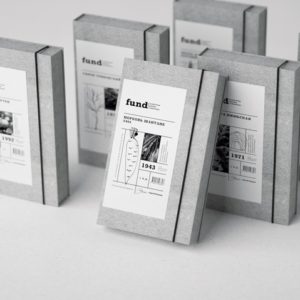 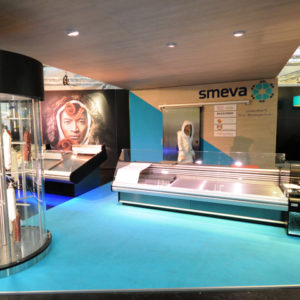 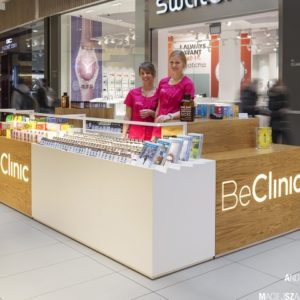 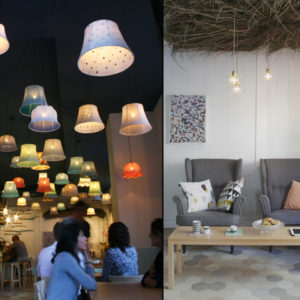