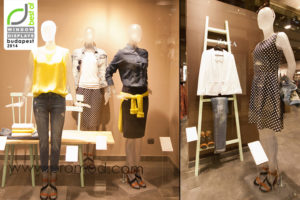 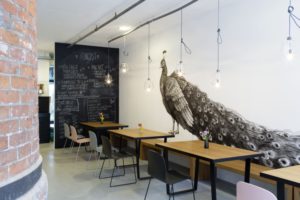 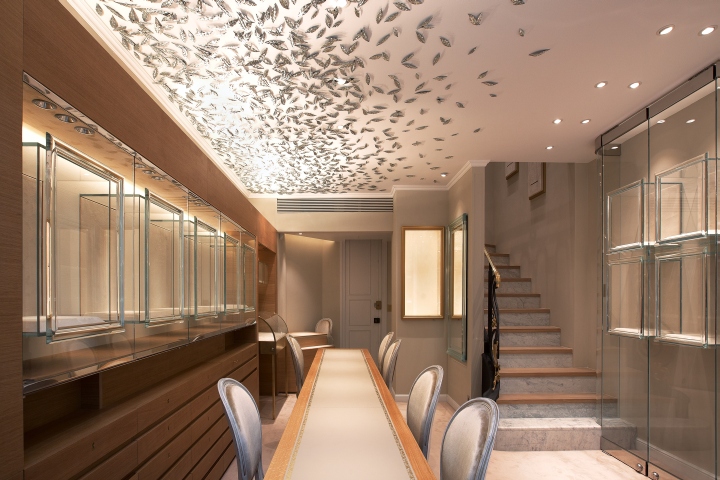 The jewelry shop ANSHINDO is located in Paris Rue de La Paix 8 which has renovated and re-opened in August 2013. The major renovation of a grand old molding decoration building facade has resulted in intact Paris’ traditional and transparence shop front. The idea of creating a new shop front for the old shop Anshindo, I used the transparent forming glass moldings glued on the glass surface that gave mix with new and traditional form. While people walking around in front of the store, it brings the glow of diffuse reflection and refraction to the glass facade, it resulted beautiful natural and organic scenario with its occasion. 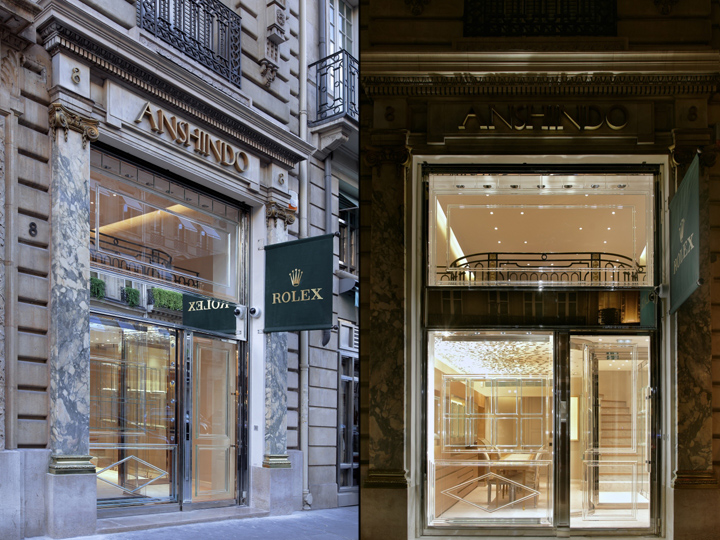 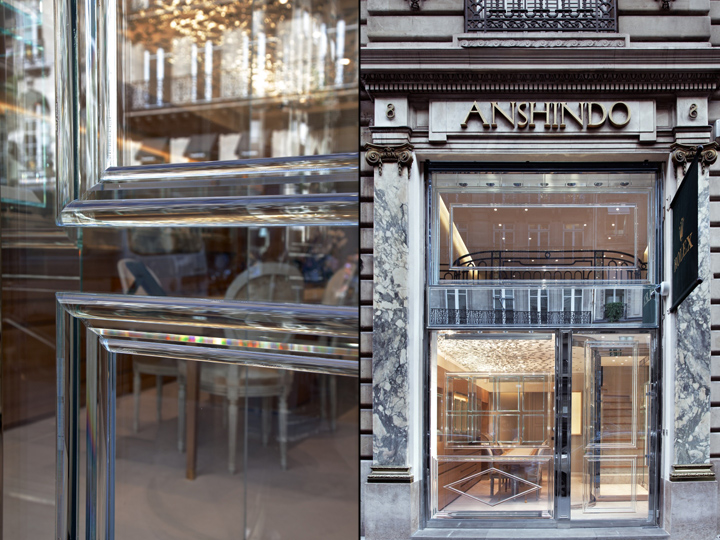 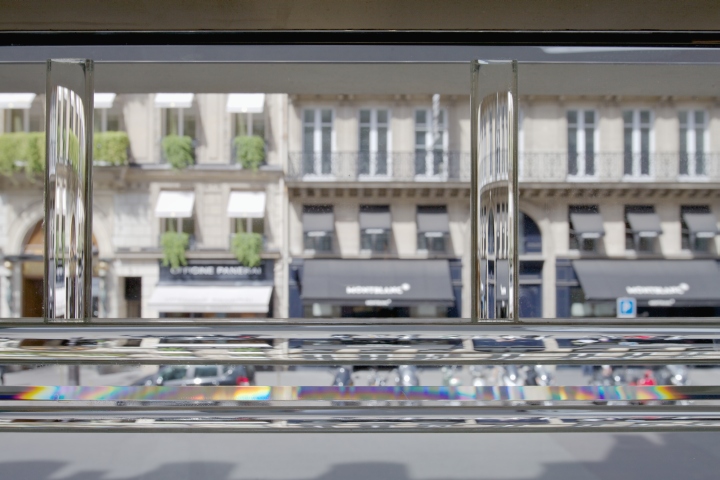 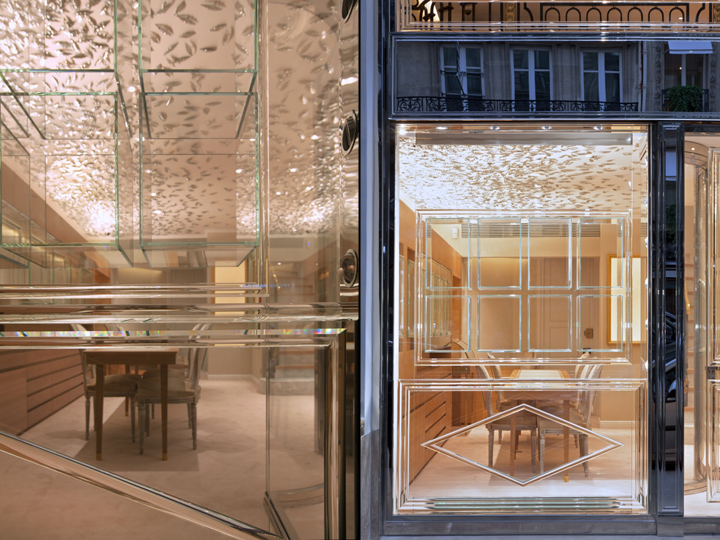 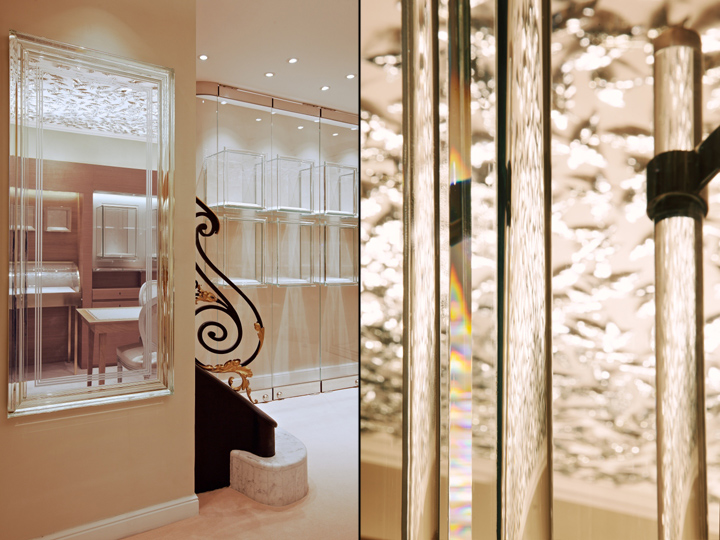 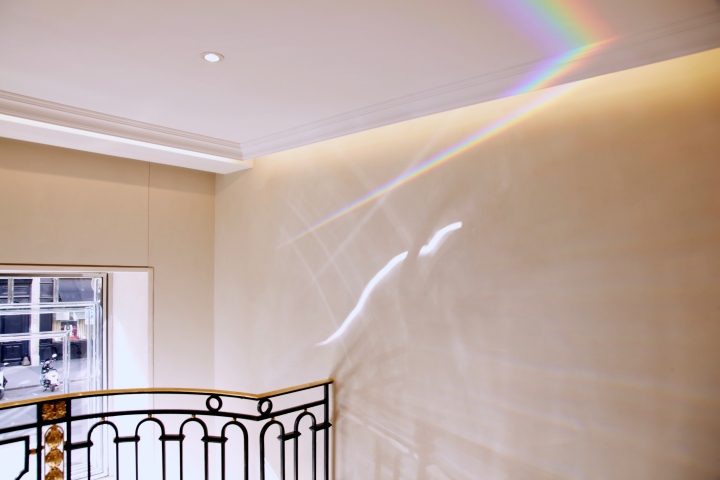 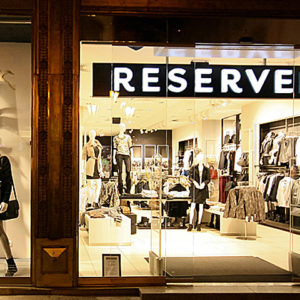 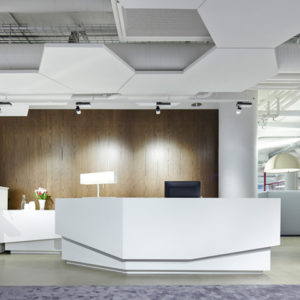 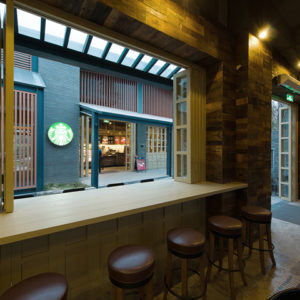