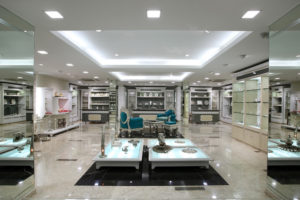 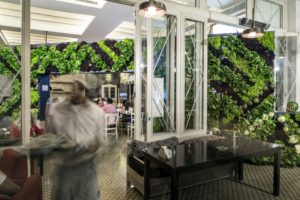 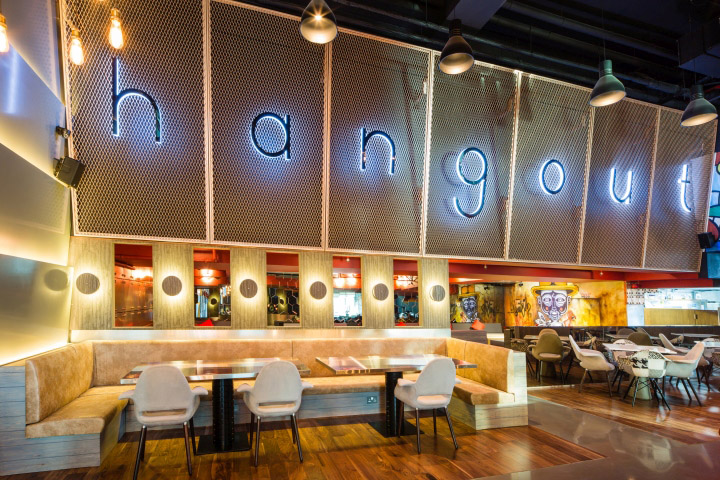 We wanted to create a design that was a progressive and modern backdrop to the Latin American food on offer but also a design that was versatile. We decided early on that Latin American food is all about sharing concepts, sauces, dips, big dishes and platters. With this in mind our design team deliberately created a layout that steered clear of the traditional two and four top tables and created a layout that was based more around the lounge concept, literally somewhere you would go and “hangout” eat some food and chill with your friends and not just “pop in” grab a Cubano and leave after 30 minutes. With this in mind we decided to break the restaurant up into zones, the fast dining area, lounge areas, bar top seating, coffee bar setup, lounge seating and communal tables, the luxury of space enabled us to create a little something for everyone in terms of seating set up, it also allowed us to create numerous items that were custom designed such as all of tables in the lounge area and the banquettes seating as well as the bar area. The trick was to then create a design element that tied all of the areas together so as it did not look like a hotchpotch of rigidly defined areas whilst also getting the sense of the coolness of Latin America across, this is when we decided that we needed some big game statements to tie it all in together. At this point, the design team of Nicola Moore and Emma Stinson decided that artwork and zoned lighting was a sure fire way of blending the design and creating one seamless space. The highlights included the customized Hangout Lighting and Steel Mesh industrial art piece that runs across the entire dining area, complimented beautifully by the vibrant yet grimy street inspired graffiti elements that adds a soft yet edgy touch to the restaurant’s character. As the restaurant opens for breakfast through to the middle of the night we identified that the space needed to have a clever and sophisticated lighting system which allowed us to custom design many of the lighting features, thus enabling the space to be a bright open and vibrant restaurant / café during the day and a moody, dark and smooth chill out restaurant and lounge in the evening. We worked closely with Charles Wright of Skyelume to create unique and bespoke lighting art pieces and controls that allowed us to achieve this. 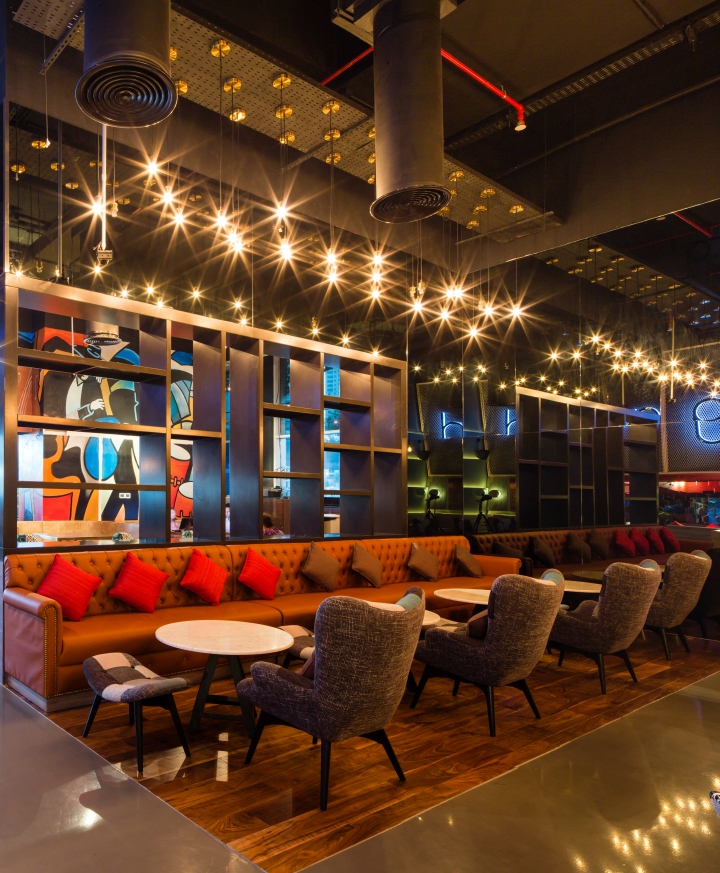 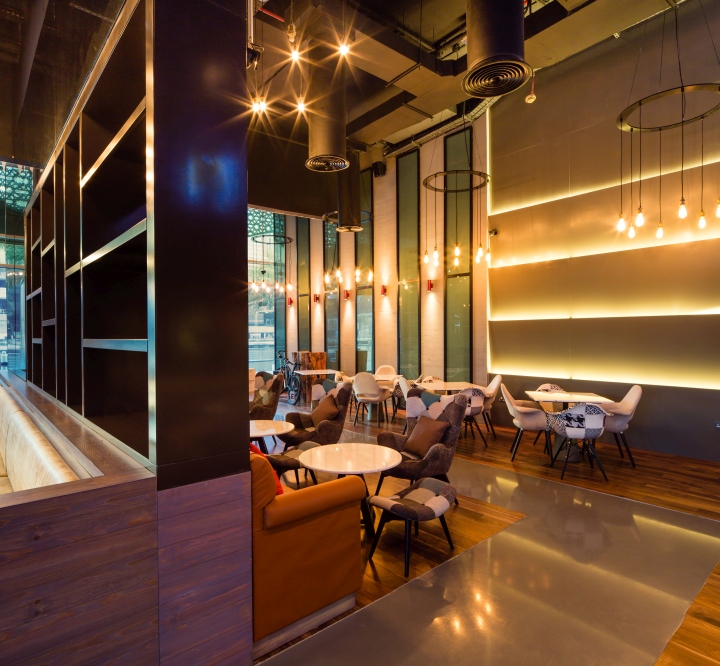 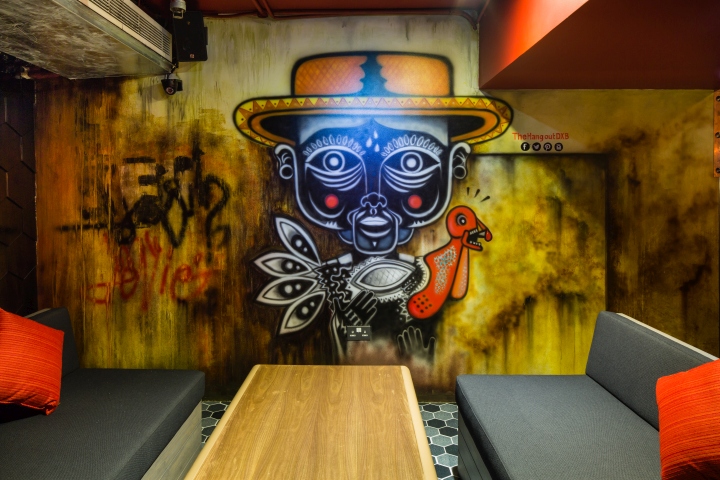 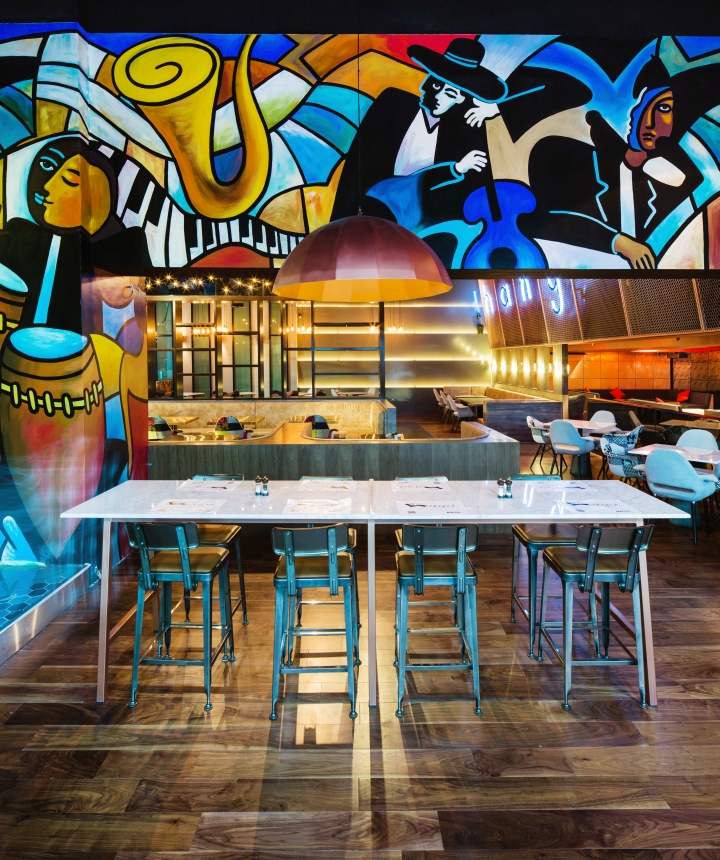 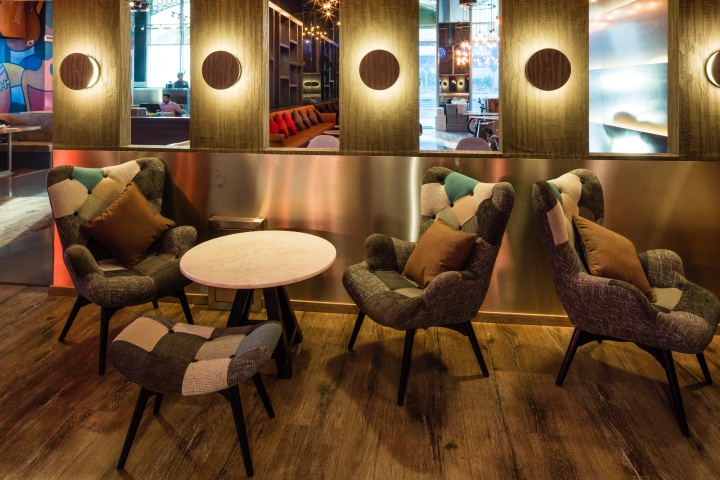 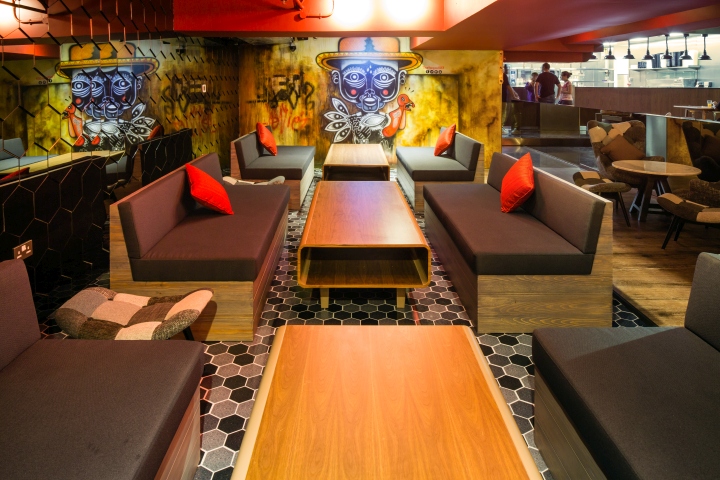 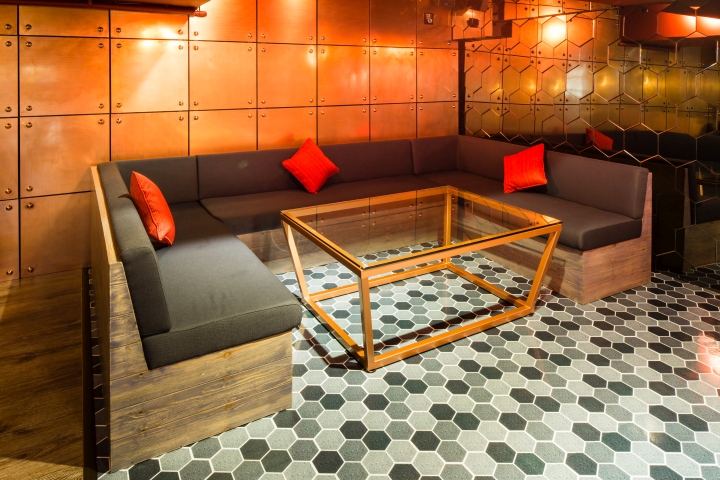 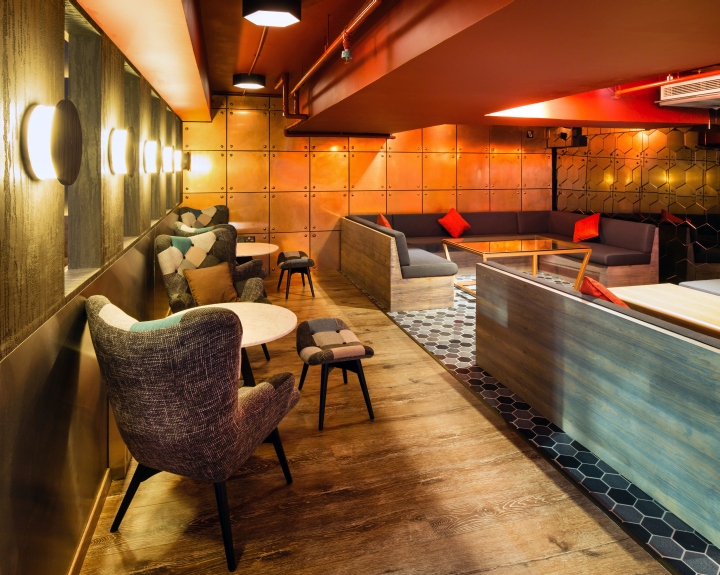 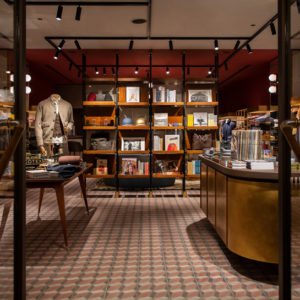 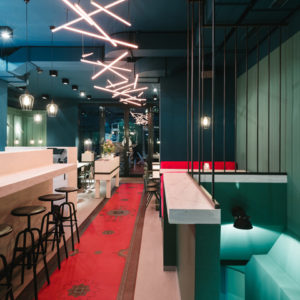 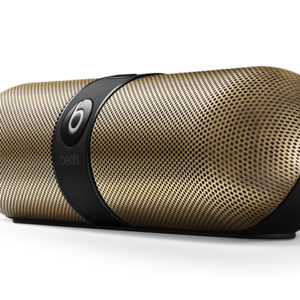 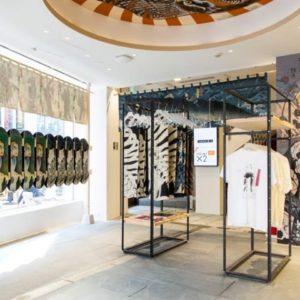