AND store by 4D, Delhi – India 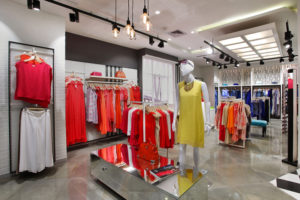 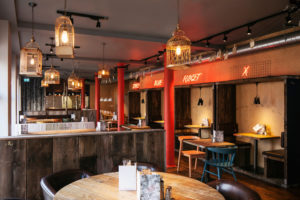 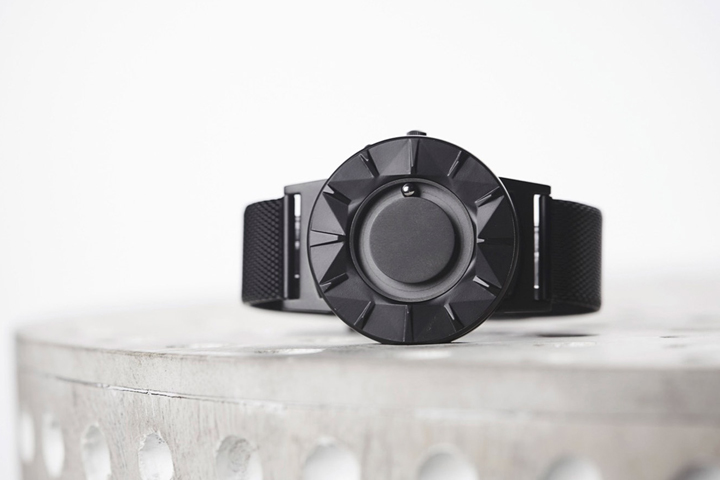 The latest tactile timepiece by inclusive design company Eone is available to pre-order at Dezeen Watch Store, two years after the launch of the acclaimed Bradley. The new Bradley Element watch by Washington DC-based Eone is the brand’s first design to feature a concave and convex pattern around its markers, creating a face with angular peaks and troughs. Like the original Bradley, which was initially designed for the visually impaired, the Bradley Element uses magnets to move two small metal ball bearings around the face. These allow wearers to tell the time without having to look at their watch. One ball runs in a track around the edge of the case, while another runs around a smaller circuit on the face to track the hours and minutes. The Element’s markers are raised in different triangular variations, making it easier to read by touch alone – for example, 12 o’clock features a wider, flatter marker, while six o’clock is slender. The metal case has a matt-black finish and a matching black steel mesh strap. The Bradley series of watches is named after Paralympic swimmer Bradley Snyder, a former naval officer who lost his sight in an explosion in Afghanistan in 2011, and won gold and silver medals at the London 2012 Paralympic Games. Dezeen first contacted US-based Eone about the Bradley in 2014, after the original watch was shortlisted for the London Design Museums’ Design of the Year award. This was followed by a Kickstarter crowdfunding campaign that raised $600,000, which allowed the team – led by entrepreneur Hyungsoo Kim with Rhode Island School of Design graduate David Zacher – to put the design into production. The Bradley launched at Dezeen Watch Store two years ago. It has proven popular both with blind people and with a wider audience, who are attracted to its unique aesthetic and the ability to tell the time discreetly. Last year, Dezeen launched its own version of the Bradley in a collaboration with Eone, marking its second ever watch design collaboration. The brand has since launched a range of iterations of the design, including versions with fabric straps and different coloured faces and straps. 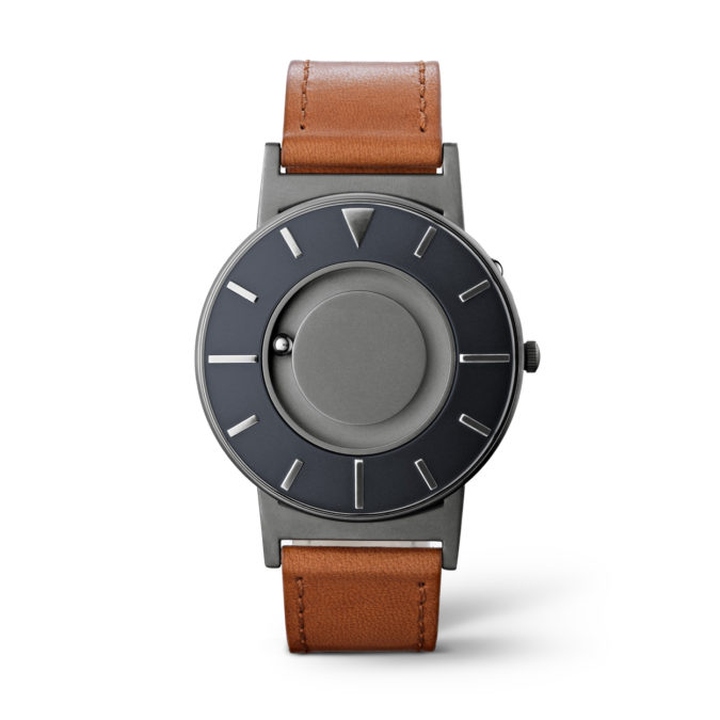 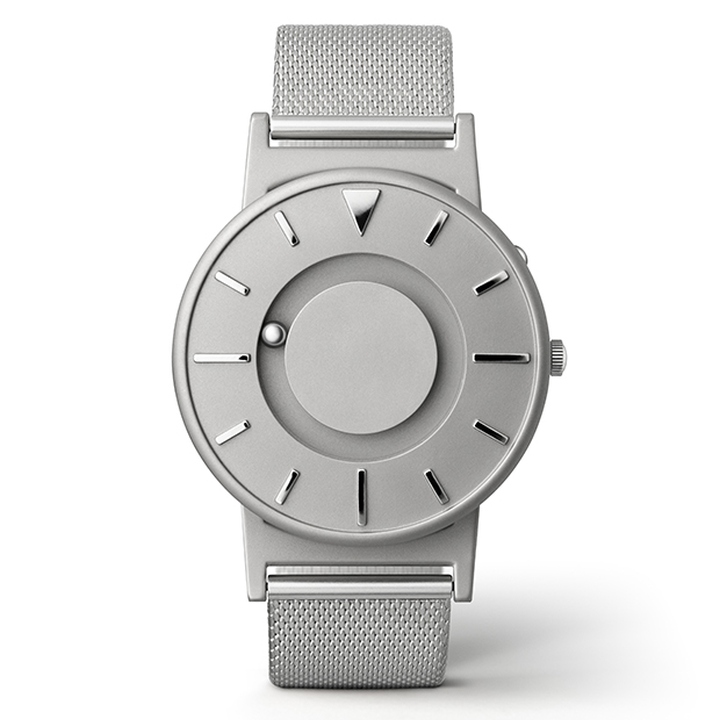 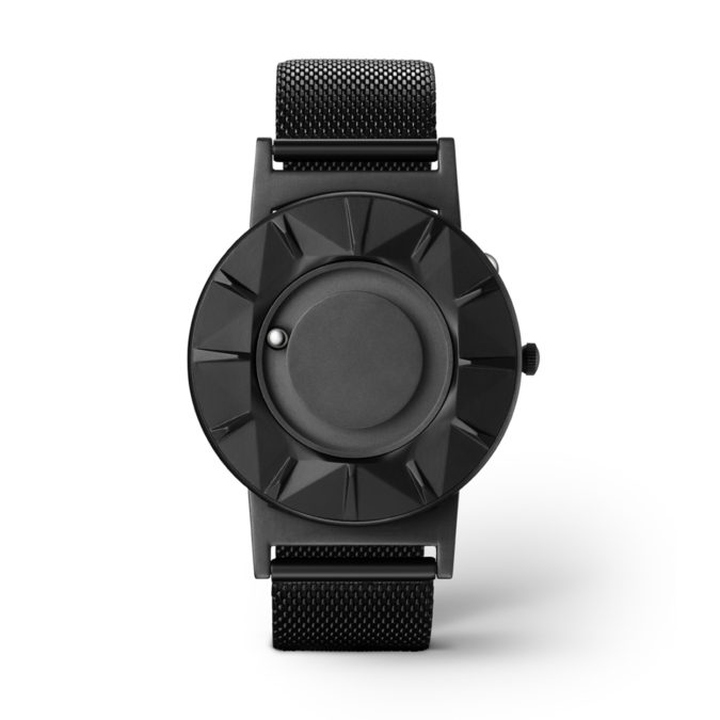 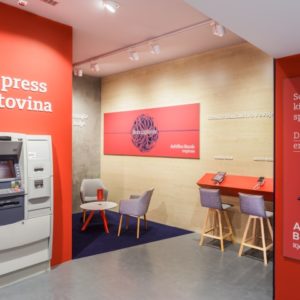 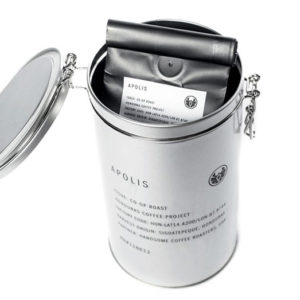 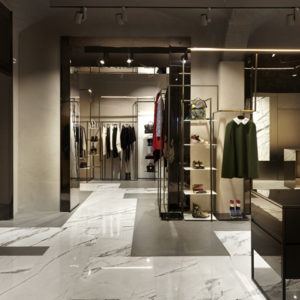 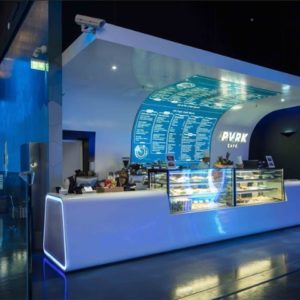