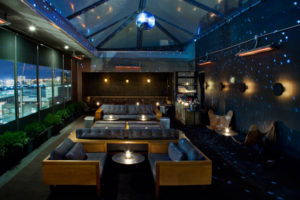 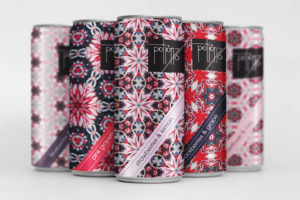 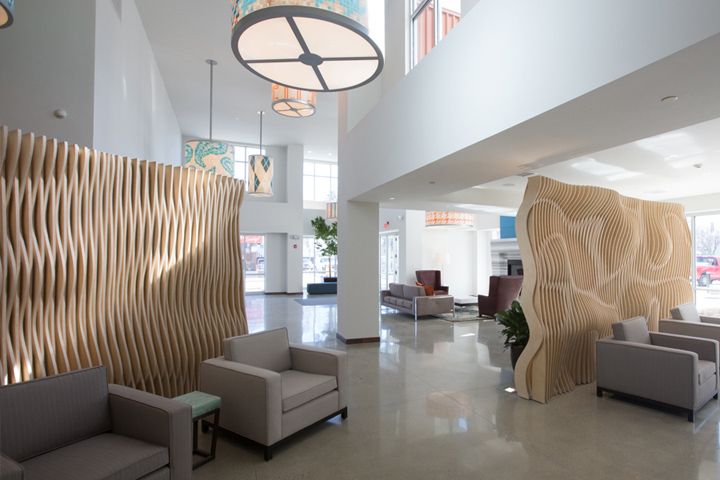 With the provision of a casual description and partial floor plan of the residential building’s lobby and adjacent networking cafe, Radlab was asked to create an interior installation composed of two slatted walls. Knowing the dimensional constraints of the walls (8’ tall x 14’ long), our design strategy began with a preoccupation in the role of a wall as an architectural tool, fully circumscribed by open, public space, yet capable of creating moments of privacy. In an effort to explore this public/private dynamic, we began looking at the effects of moiré patterning in volumetric configurations. In order to achieve a compelling moiré it became clear that each of the two walls would essentially be defined by two interpenetrating volumes, segmented into vertical ribbing. It seemed fitting, then, to first combine the walls, and view them as one continuous partition that would be separated only after completion of the design. A piece of music came to mind which proved useful in organizing the rhythms of each of the two volumes. Partita No. 1 in B-flat major: Gigue, by J.S. Bach, was written for harpsichord, and interestingly requires the performer to cross their hands, breaking out of the standard notation that positions the left hand in the bass clef and the right hand in the treble clef. The notion of this melodic crossing back and forth led to a sinuous geometric composition between bass and treble, informing the plan and sectional qualities of each volume according to their wavelengths. Slats are extracted in an alternating fashion by each of the two interpenetrating volumes. The intersection of these wall geometries creates an interference pattern from which a third, immaterial volume emerges. It is within these boundaries of intersection where nodes of connectivity are dynamically revealed and concealed based on the occupant’s point of view. 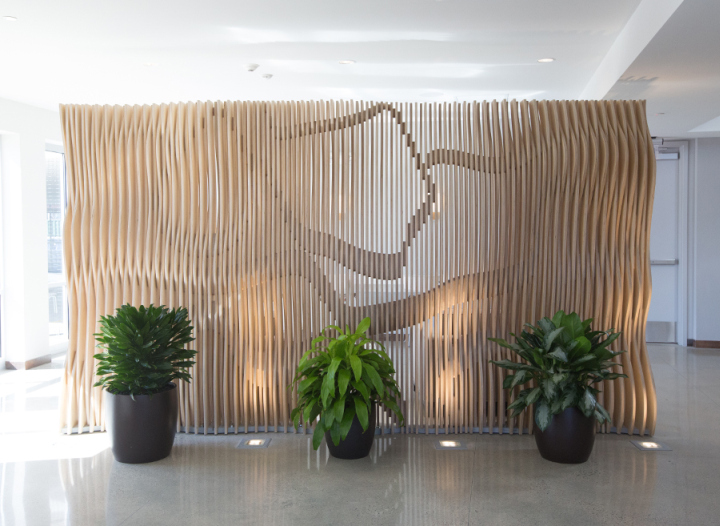 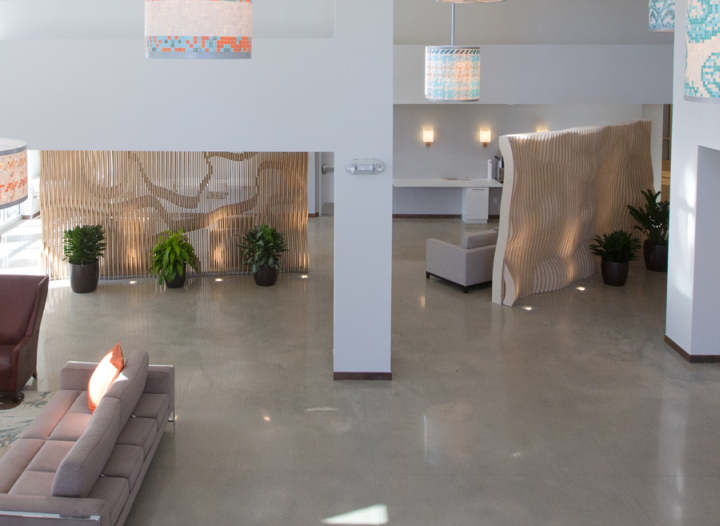 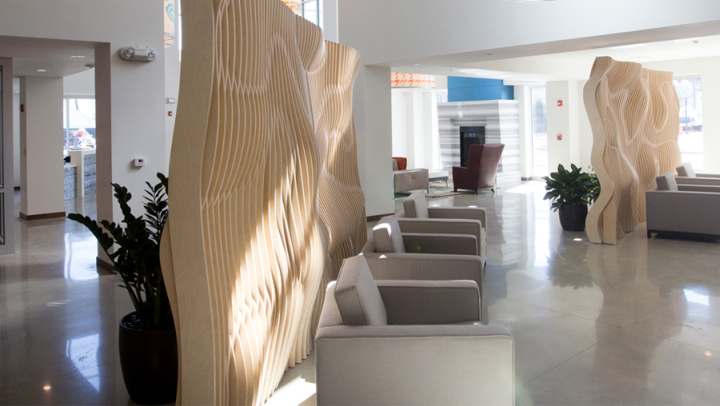 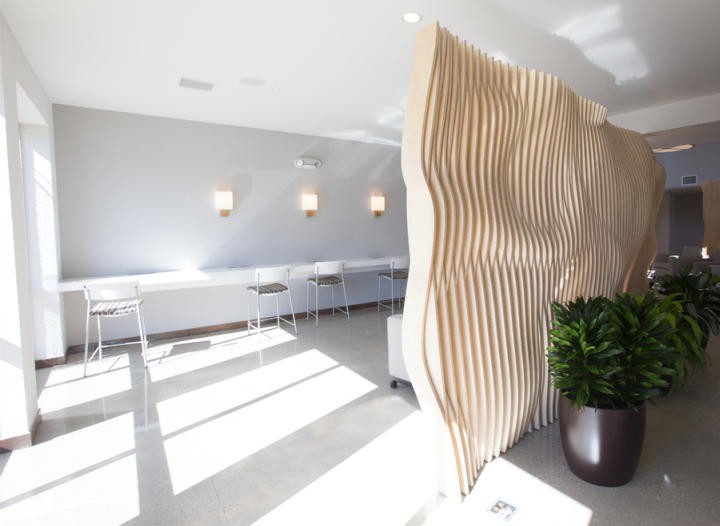 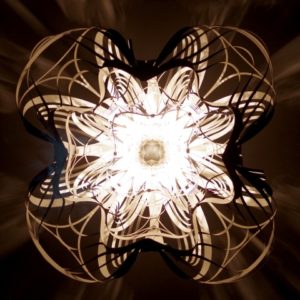 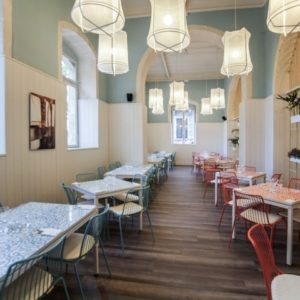 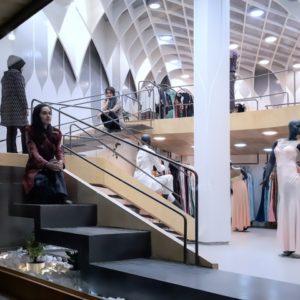 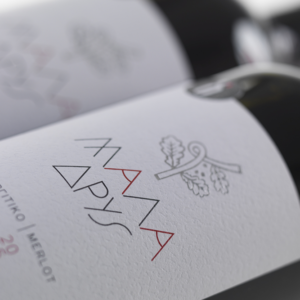 Mala Drys by Out To Lunch by retail design blog