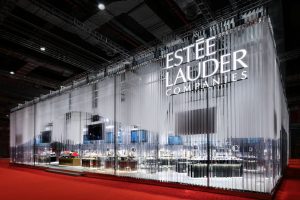 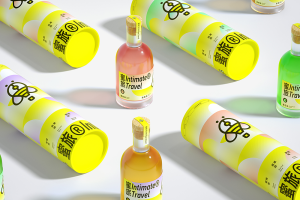 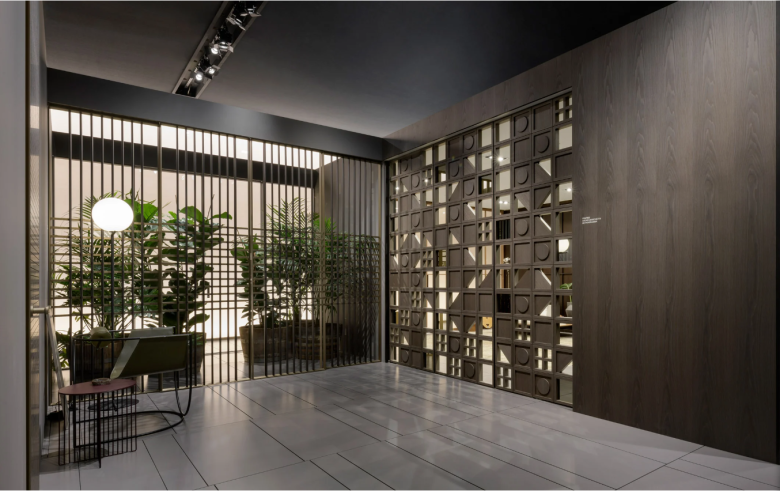 Italian brand Lualdi has launched the customisable partition system Teatro La Bella designed by architect Andrea Boschetti, which “draws inspiration from the theatrical curtain”. Lualdi’s Teatro La Bella system was presented during the furniture fair Salone del Mobile 2022 and belongs to the brand’s Teatro collection, which was launched in 2019. Teatro La Bella is equipped with a decorative pattern that intends to not only allow users to make spaces more flexible but also more creative. Lualdi describes the system as both a “wall and a piece of furniture” that can turn rooms into shared or private spaces, depending on the user’s need.

Boschetti designed the system to be a “flexible and contemporary scenography” that it says is suitable for a variety of places, including entertainment spaces, private residences, clubhouses and corporate environments such as offices.

The system’s design was informed by theatrical curtains, and it is intended to have the same effect of creating a dramatic, stylish atmosphere.

“Drawing inspiration from the theatrical curtain, the new Lualdi system creates a real domestic scenography, allowing the scenographers of the occasion – inhabitants, architects, or designers – to dress this curtain at will according to desired atmospheres, moods and choreographies,” said Lualdi.

According to Lualdi, the system is designed to meet the needs of architects and designers, who are often looking to create versatile spaces that can easily be adapted and that respond to the needs of the space.

“In the architectural field, the word ‘flexibility’ today indicates the need of designers to be able to create versatile spaces that can respond to the different needs of users of the space itself,” said the brand. “In the residential and contract sectors, being able to change the skin of the environment has now become an indispensable requirement.”

“Teatro arises from the ever-growing need in the contract world to have flexible, versatile environments, in which spaces and the perception of them can be transformed according to our needs,” said Boschetti.

The system can be mechanically moved – through an electronic system – or manually. It also includes many customisable elements and comes in a range of materials, patterns and colours.

“The multifaceted character of Teatro manifests itself not only through its pivoting movement – mechanised or manual, activated on the entire system or selectively on one of its components – but also on the possibility of ‘dressing’ each element with different materials, colours and patterns proposed by ABM,” said Lualdi.

Lualdi is an Italian design brand that was established in 1859. It creates high-quality custom-made furniture and interior doors, which aim to rethink the needs and context of doors in the modern architectural space. 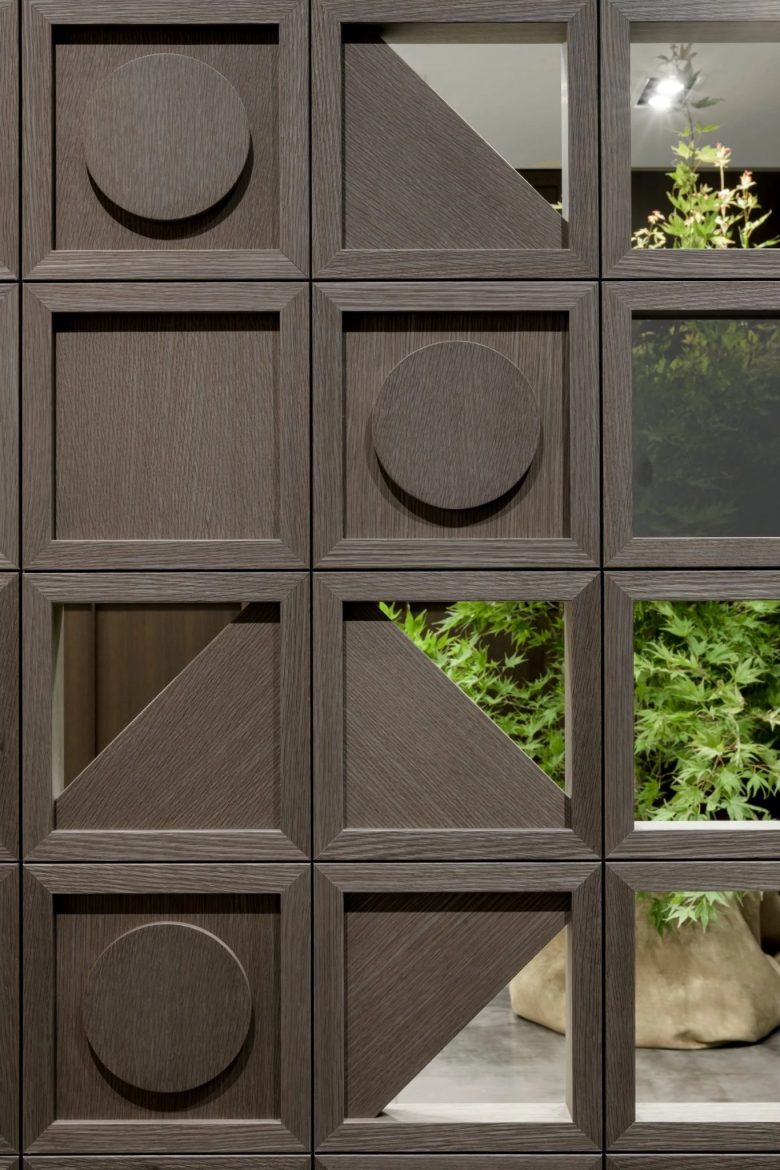 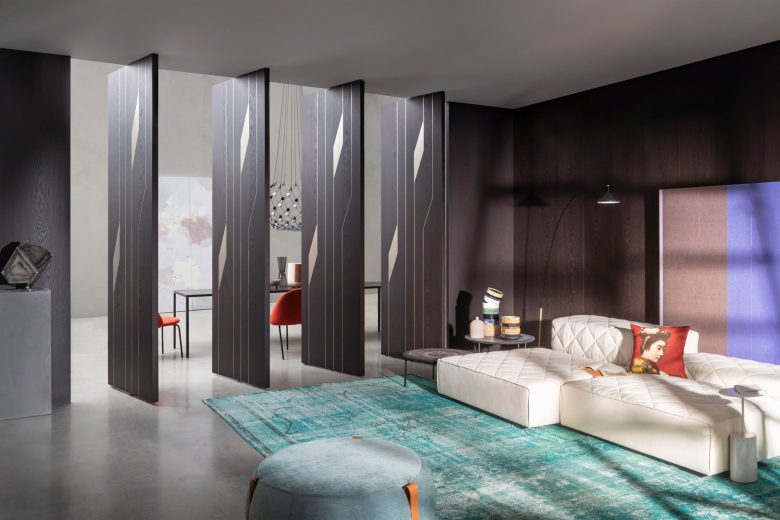 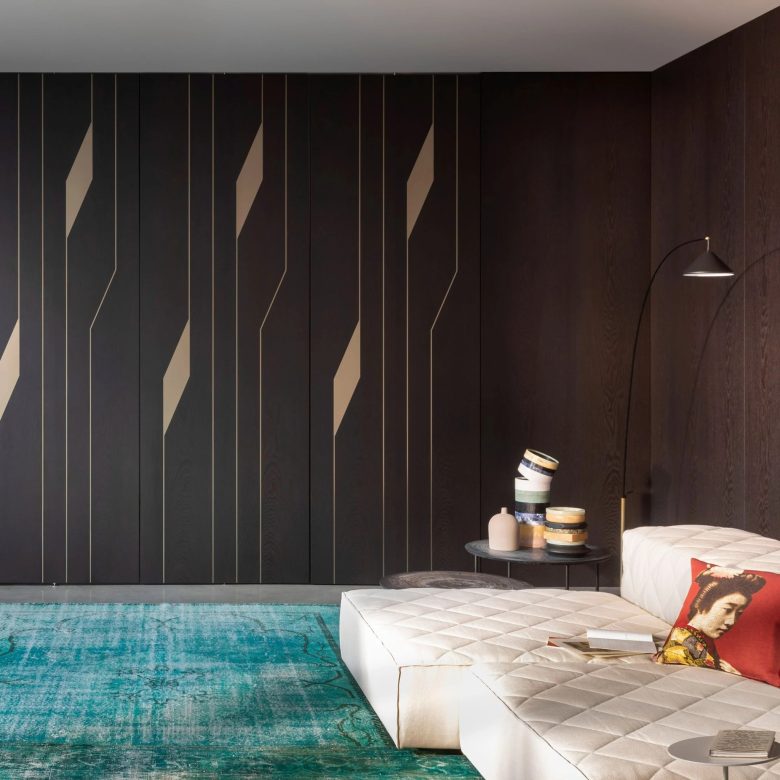 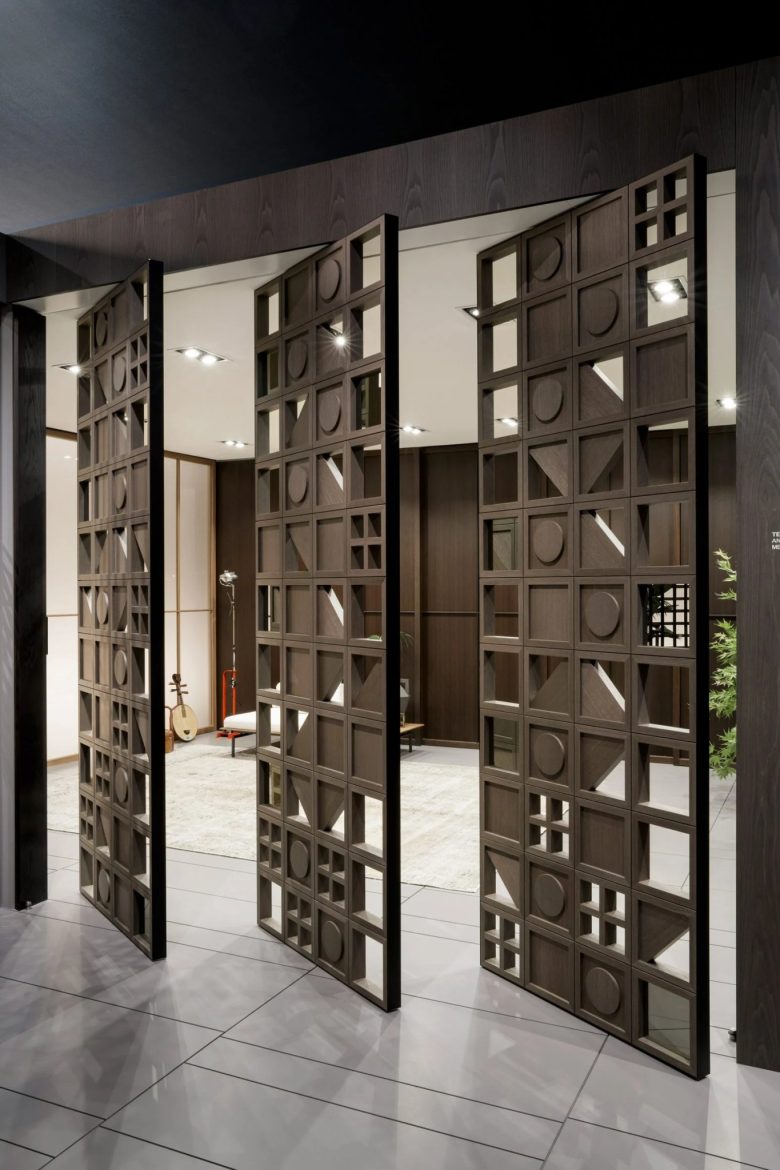 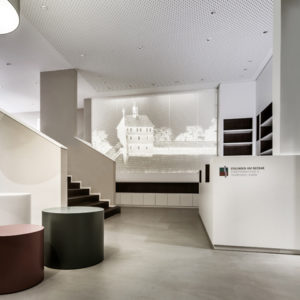 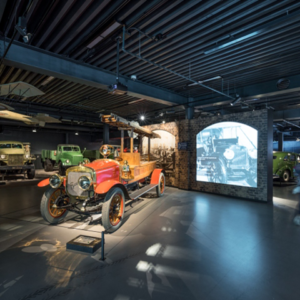 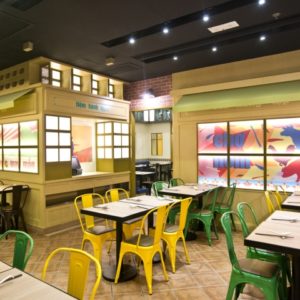 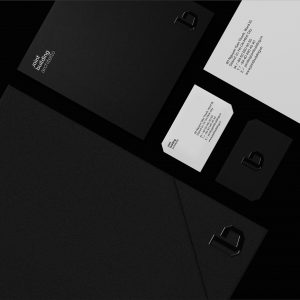