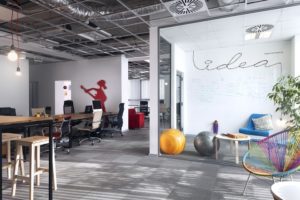 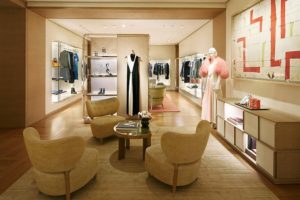 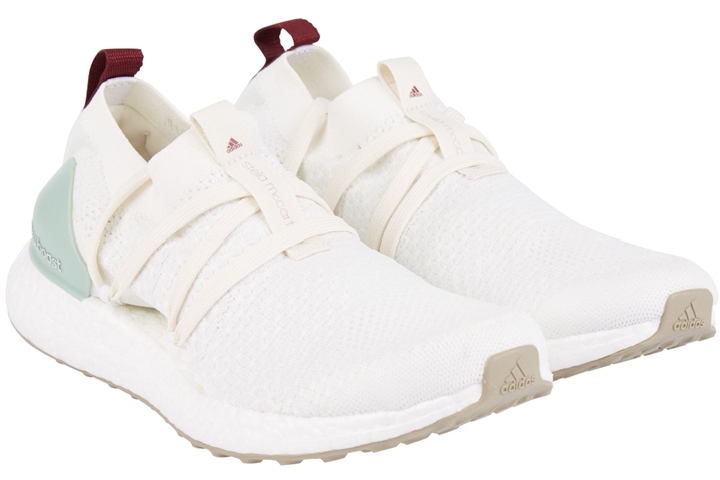 Adidas and fashion designer Stella McCartney have revealed a new version of the Ultra Boost trainer that features an upper made from plastic recovered from the sea. The Parley Ultra Boost X running shoes, unveiled today, feature Primeknit uppers made from Parley Ocean Plastic – a manufacturing process which replaces synthetic fibres with yarns made from recycled waste plastic from the sea. The all-white trainers are shaped to reflect the form of the foot, with a sock-like fit achieved through the Primeknit material. The midsole is made from the brand’s Boost material, a foamy cushioning more commonly found in car instrument panels, while the laces reach across the entire width of the shoe – an innovation that Adidas claims supports “quick-fire movements”. McCartney, who is known for her ethical approach to fashion design, described sustainability as being “fundamental” to what she does. “I strongly believe in making clothing that is ethically created and built to last, and this is an ideology I channel into every single piece I design,” she said. “For me, preserving and respecting the planet is fundamental to what I do and I always try to make an effort to consider that in my designs.” The designer, who is creative director at Adidas, was described by Cyrill Gutsch, founder of Parley for the Oceans, as a pioneer and a role model. “Stella McCartney is a pioneer, a rebel really,” said Gutsch. “Her vision to create fashion without using leather, without using fur was radical when she started and is proven now.” “She has always been a role model for me. To partner with her is an honour and a huge opportunity for the ocean-plastic movement.” The first Parley Ocean Plastic trainers were unveiled as a prototype during an event at the United Nations headquarters in New York in July 2015. In December, a version that combined the recycled uppers with soles 3D-printed from ocean plastic was also revealed. Last year, to coincide with World Oceans Day, the trainers were launched as a limited edition of 50 pairs. They couldn’t be bought; instead, those who wanted to get hold of a pair were required to take part in an Instagram competition, submitting a video that demonstrated their commitment to ending single-use plastic items. McCartney’s Parley Ultra Boost X trainers will be available to buy online and in store for £169.95. Parley has also previously partnered with G-Star RAW to produce collections of denim garments made using recycled plastic removed from the oceans. Waste plastic is a growing concern among both environmentalists and designers, who have created products to help raise awareness of the problem and proposed a variety of solutions. An Australian duo have created a floating rubbish bin that filters litter from marinas, while a 20-year-old inventor proposed a 100-kilometre array of floating barriers to help the cleanup effort. 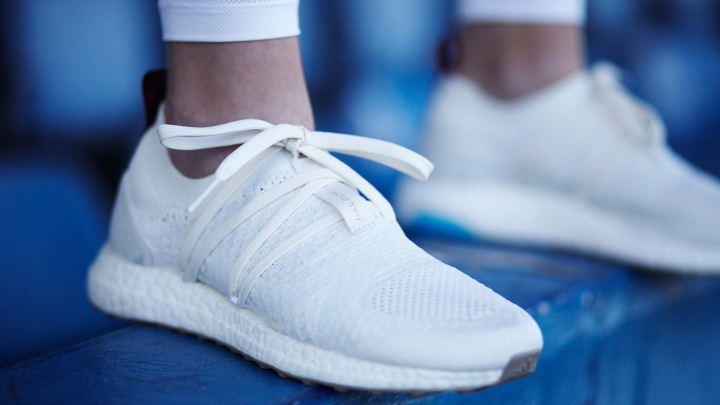 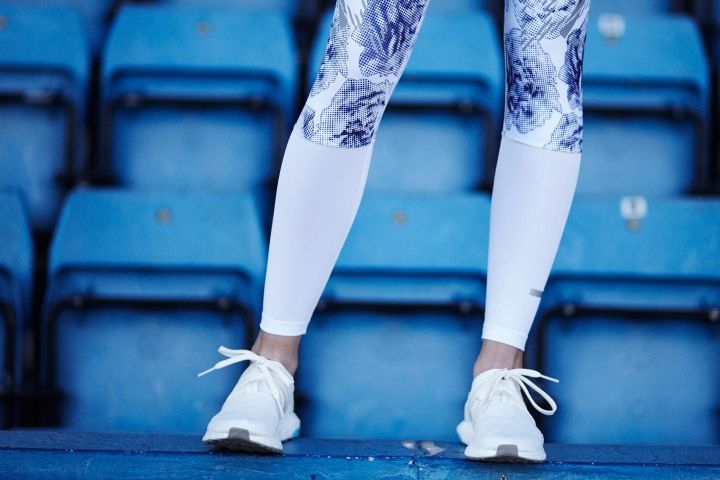 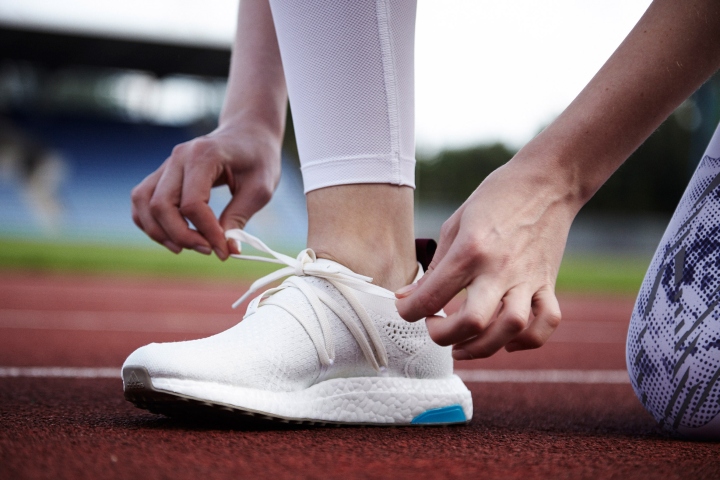 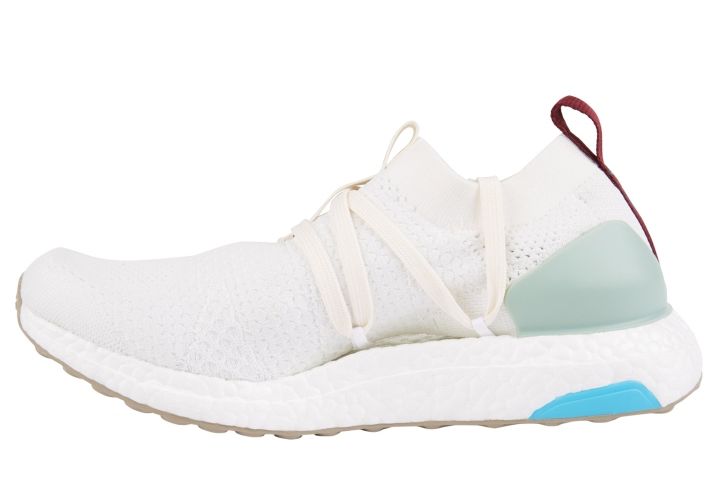 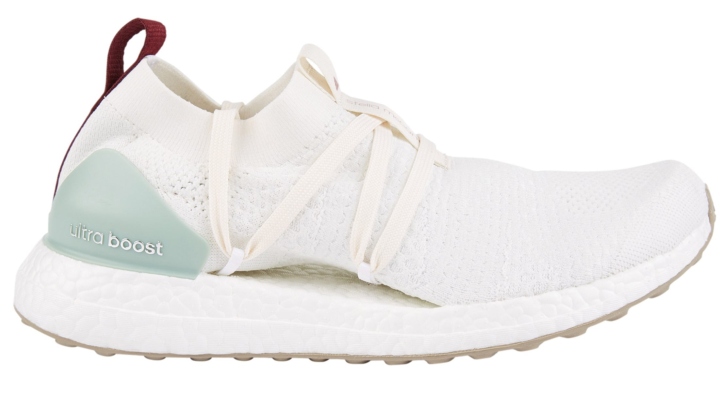 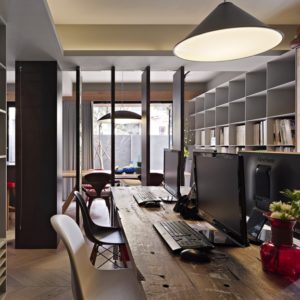 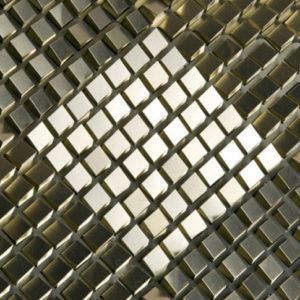 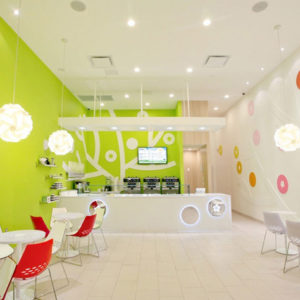 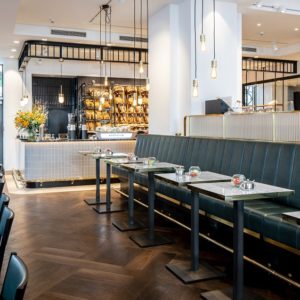 Manufactum by The Store Makers