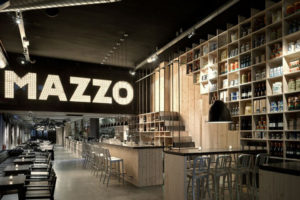 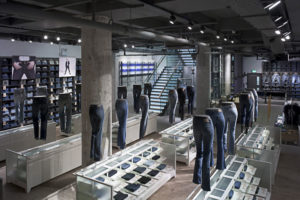 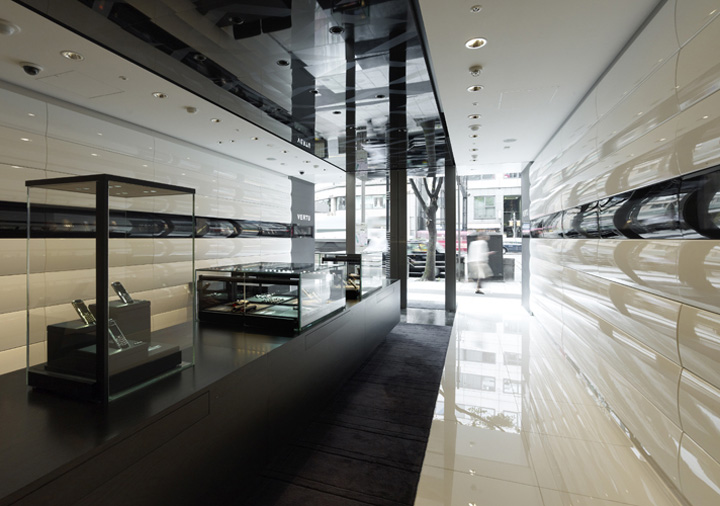 KDa’s latest project is a new boutique for Vertu in the heart of Ginza, Tokyo’s most exclusive shopping district. In designing a space in which to present such beautiful, exquisitely crafted objects, KDa’s approach was to create an interior that matched the sophistication and attention-to-detail of Vertu phones. They sought to design elegantly restrained spaces that translate the quality of materials and finishing apparent in Vertu’s phones into architecture. The central zone of the facade folds back into the building to become part of the ground floor ceiling – matte black logos have been silkscreened onto glossy black glass. This black strip terminates on the back wall, where a huge plasma monitor displays images of Vertu’s phones. Working with Vertu’s black-and-white colours, KDa created a black façade – the centre zone is gloss black while the sides are matte – and laid over this a repetitive pattern of Vertu logos. 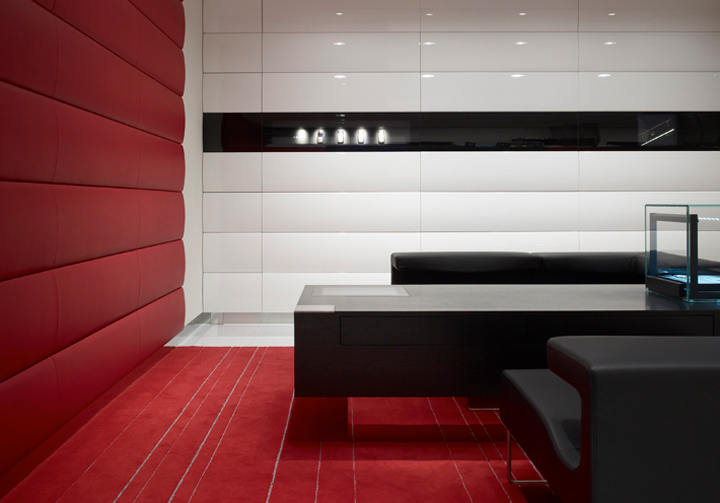 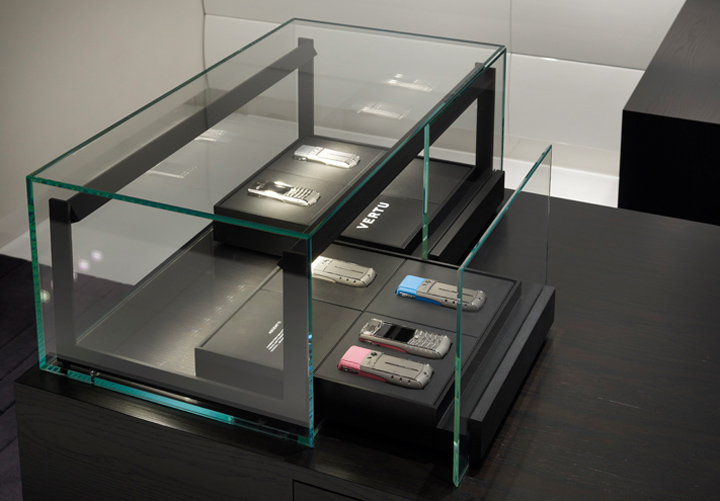 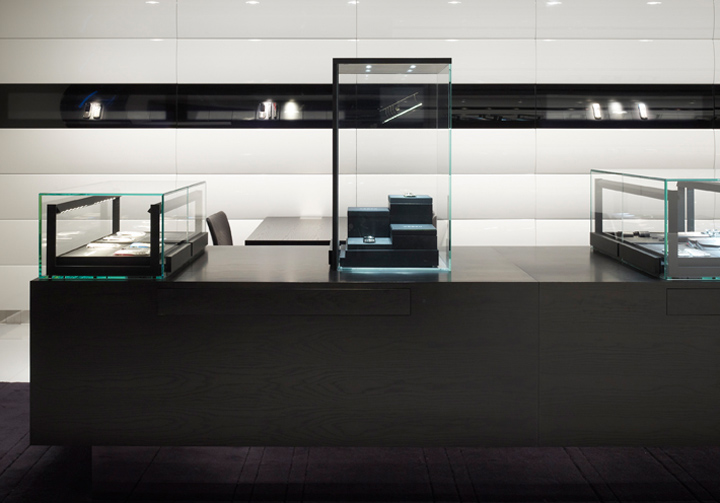 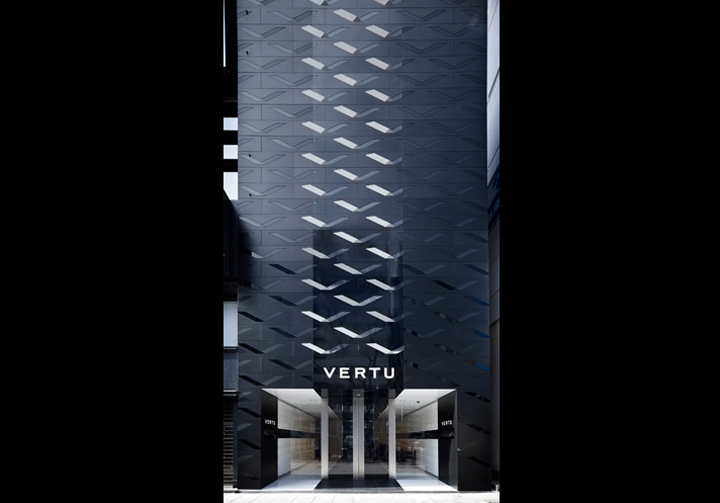 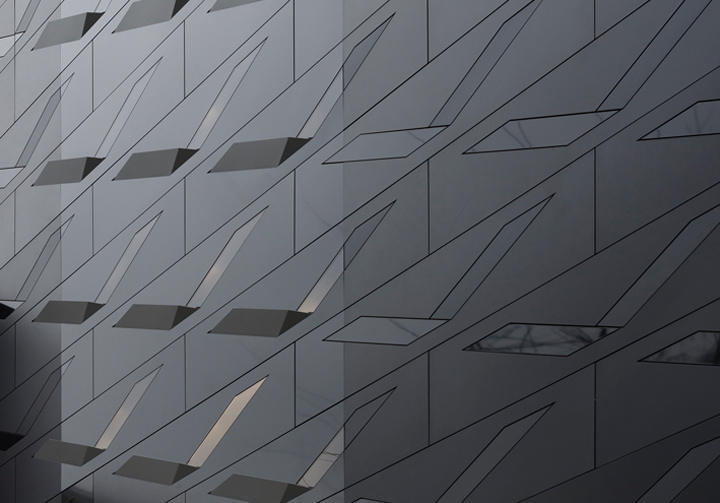 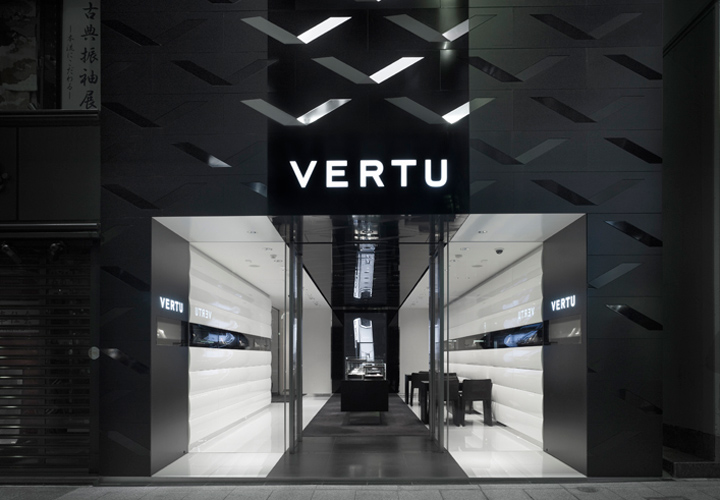 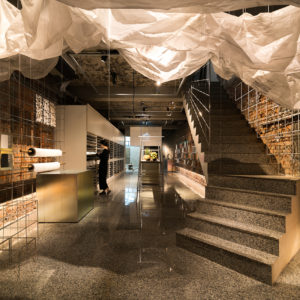 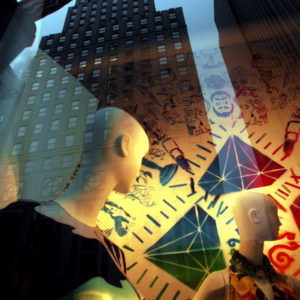 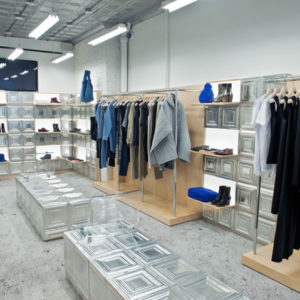 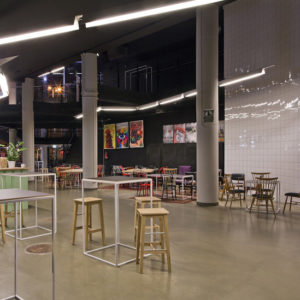