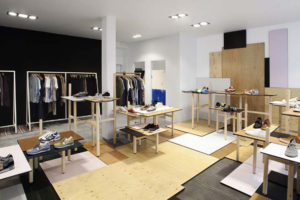 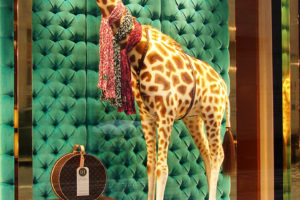 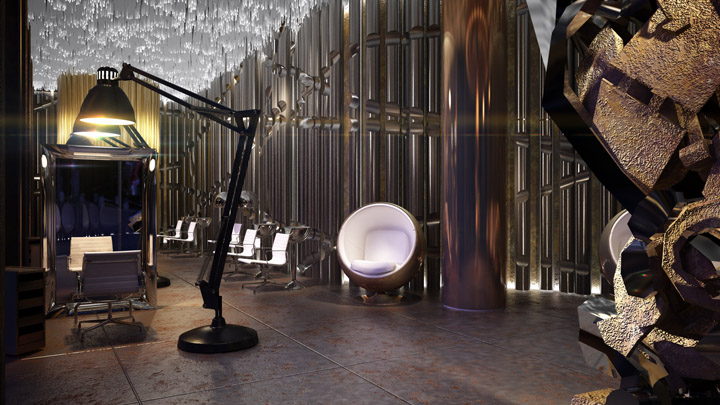 I was on an opening of a sculpture exhibition in Győr. The creation of the artist was an open-air statue, which was made of an epoxy resin and he made material become like clay with graphite . This inspired the concept. I saw this substance already before myself in a space. I looked at the space to be planned only after it, that did not seemed to be spacious. It turned out on the other hand during the conversation with the proprietor that his business present floor is only a light construction roof, and with the cafe under it we can create a 5,0m headroom space. In this place it was already possible to create. In this nex space I placed the entrance onto the arched pivotal point of the building. We get into the shop through 2 pieces of 5,0 m of tall, arched sliding glass doors. We covered the whole business\’s ceiling with lighting glass fibres. We created an effect as if it was covered with hair. I covered the walls with rusty steel plates, in front of which graphite poles stand. In the arched inn space we made copper lighting pipes hang down from the ceiling in a spiral line. A rusty steel sculpture likely as a Transformens implement stands in the centre of this spiral. In the arched space around the sculpture we placed the waiting room with ball shaped, copper-covered armchairs. We can get into the serving places next to this room through the hidden door which is cut into the wall. Paralel to the wall which covers the serving places there is an other wall where we can find the head washing places and dryers and near to the facade there are the workplaces of the hairdressers. To keep the dramatic effect of the space we may not have used general lighting above the hairdresser chairs, that is why an enlarged desktop lamp elucidates and emphasizes the workplaces. 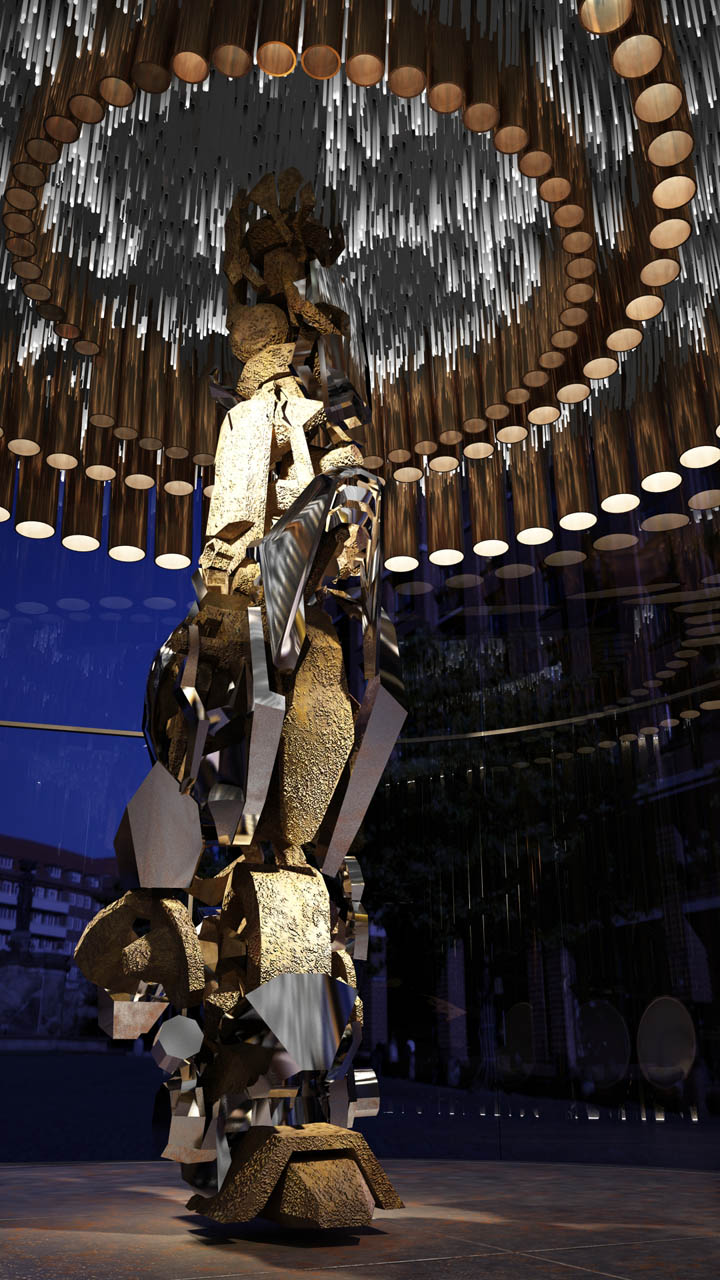 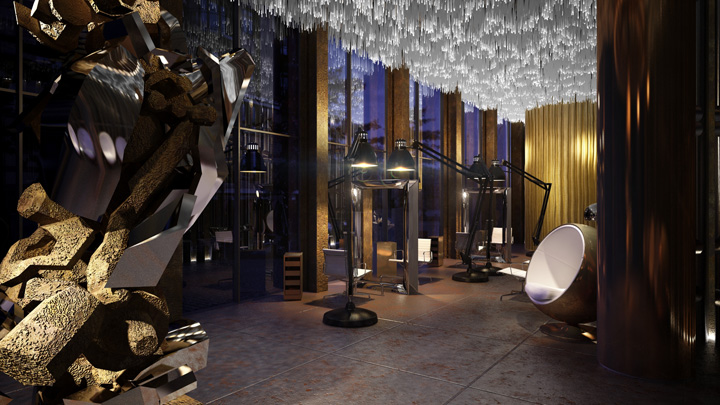 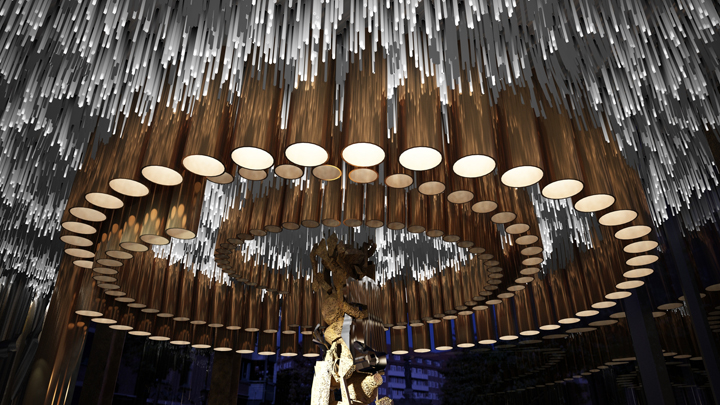 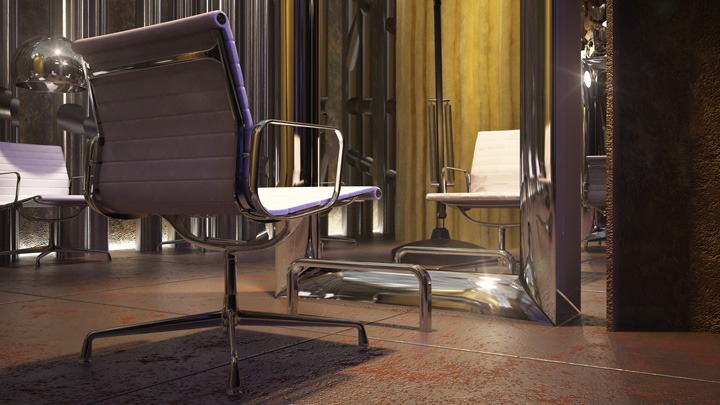 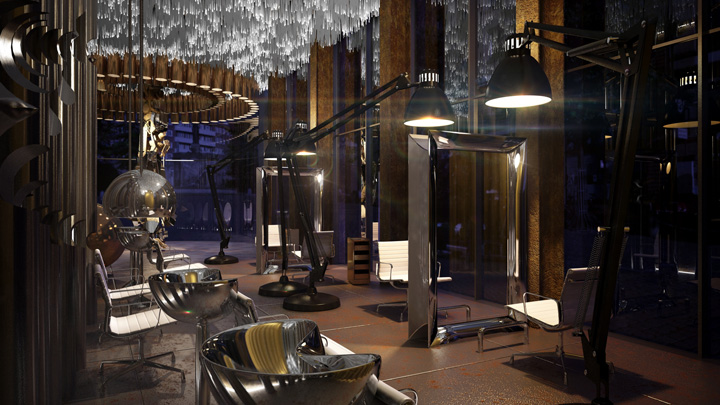 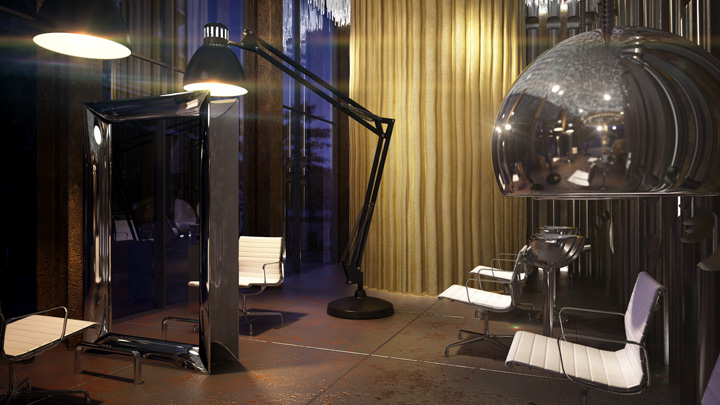 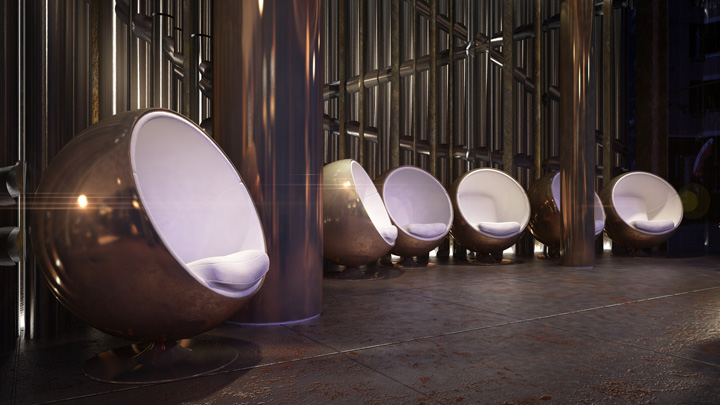 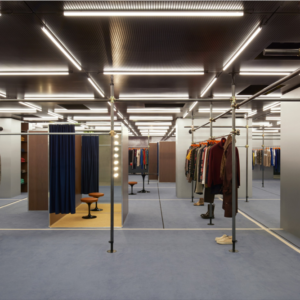 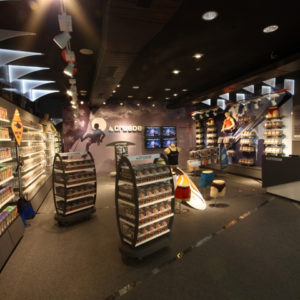 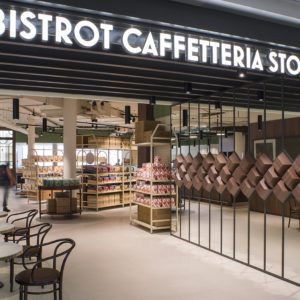 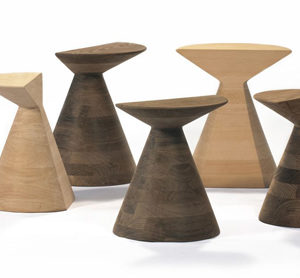