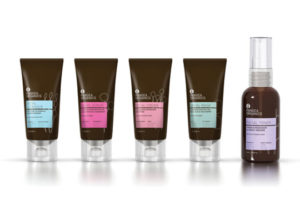 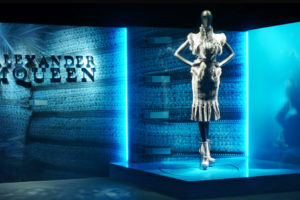 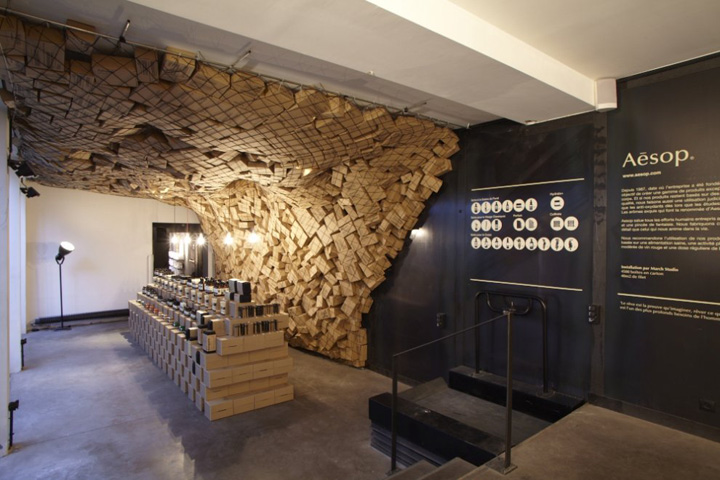 March Studio’s 8th project for australian cosmetic brand Aesop is a pop-up store at Paris based department store Merci. March Studio were inspired to create an organic, flowing space to mark Aesop’s arrival at Merci. Consisting of 4500 cardboard shipper boxes, (the very same boxes that Aesop uses to ship their product worldwide) the boxes were trapped in a 40 sqm net to form a continuos wall and ceiling feature. The project is emblematic of March Studio’s play on repetition and the elevation of everyday objects from commonplace to statement. The project is inhear- antly resourceful and sustainable in that the boxes will be reused after the deinstall and shipped out to customers through Aesop’s mail order system. 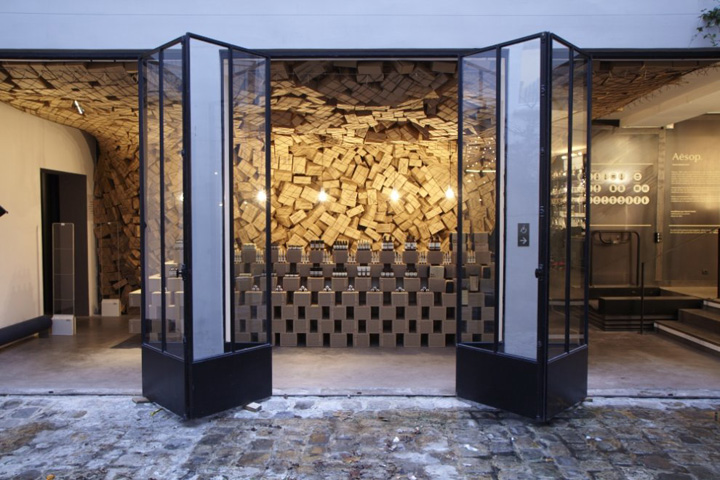 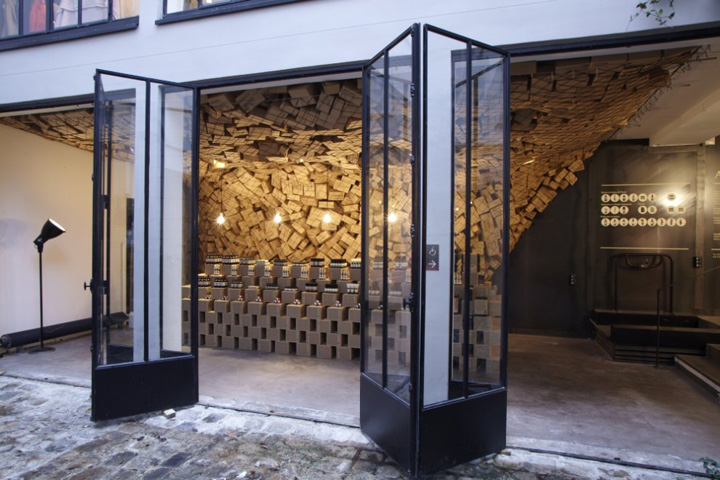 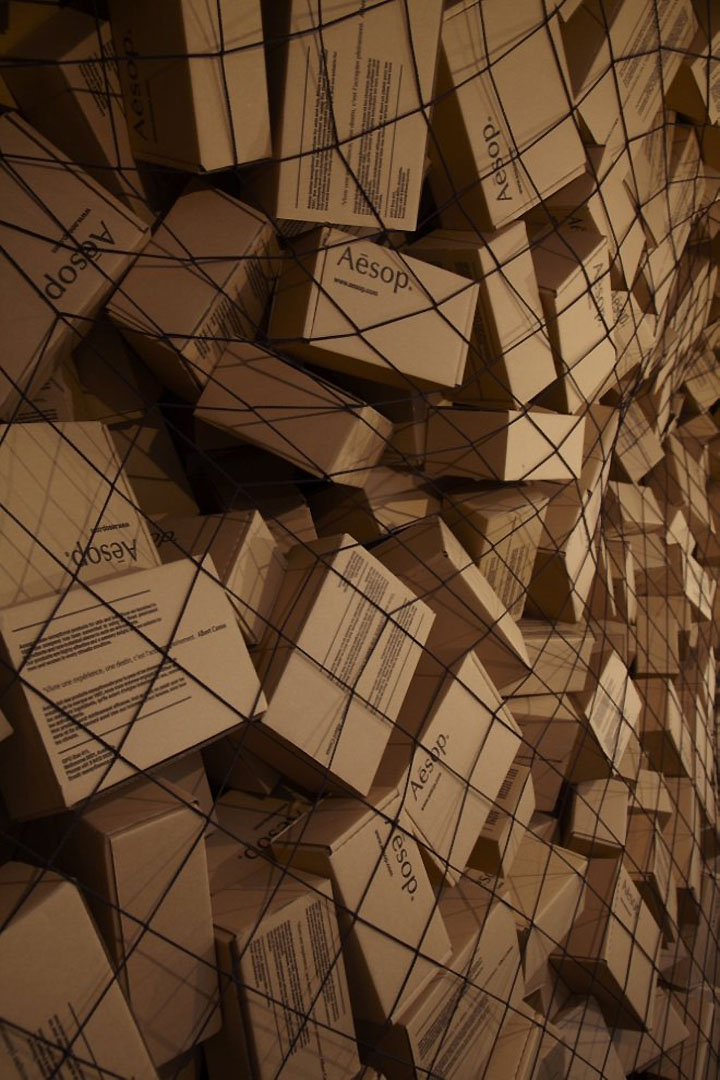 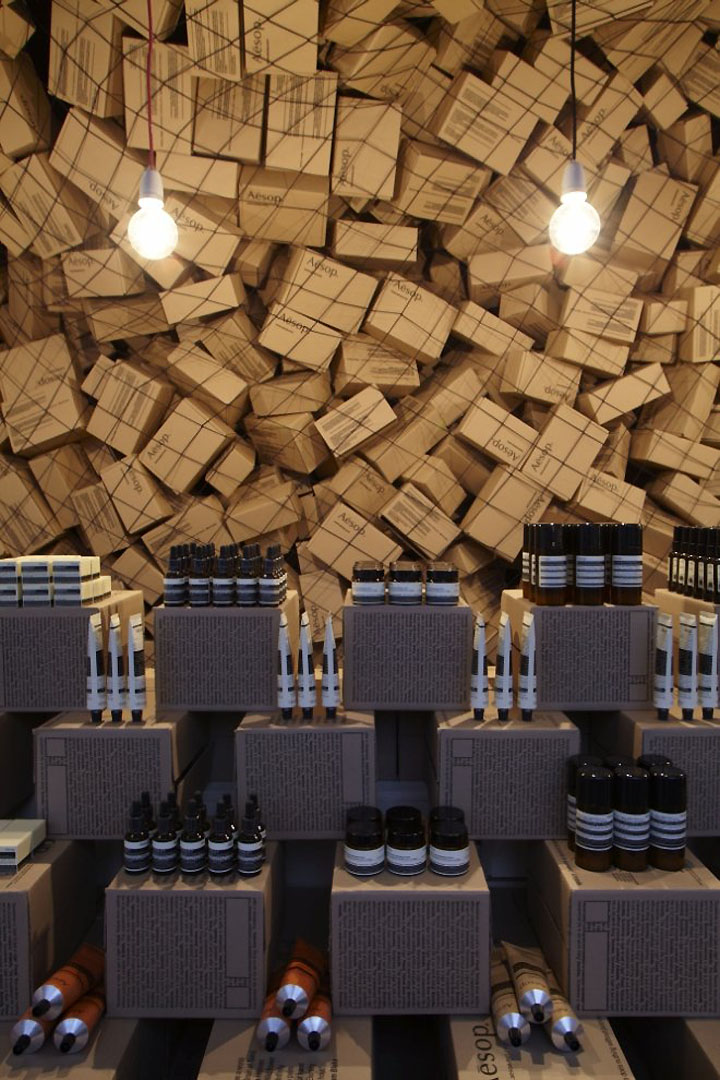 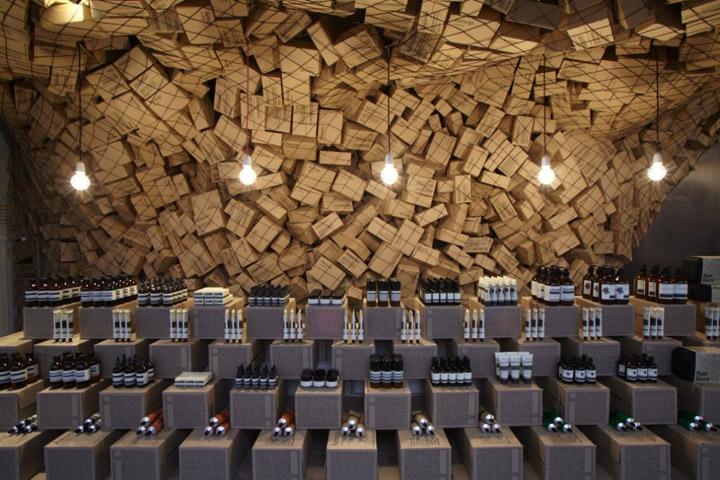 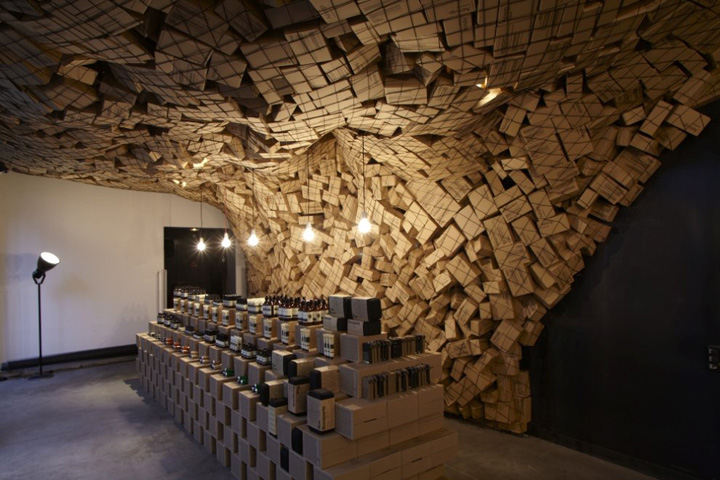 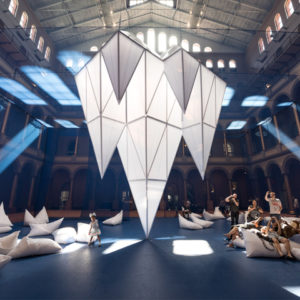