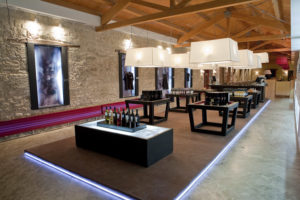 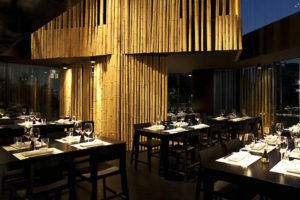 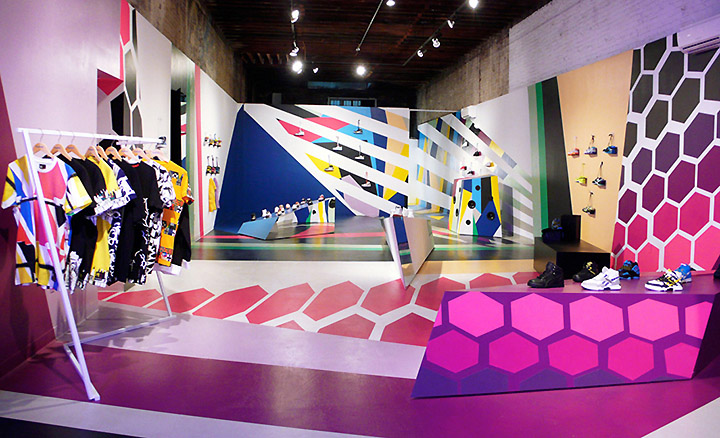 “Reebok Flash” is Reebok’s first pop-up store, to promote the launch of some limited edition sneakers and apparel, mostly popular lines from the 1980’s, located in a 3,000 square-foot gallery space on the Bowery in New York City.

We took inspiration from Vorticism, an English arts movement from the early 20th century noted for its dynamic interpretation of Cubist and Futurist principles. Combining Vorticism’s vibrant aesthetic with an assortment of cultural cues ranging from Purple Rain to Miami Vice, Flash Dance to Thriller, we sought to capture the pop spirit of the 80s in order to create the ideal environment to reintroduce the Reebok styles. The design of the space plays with sense of depth and perspective, tricking the eye by extending three dimensional shapes into distorted graphic patterns, a camouflaging technique reminiscent of the Royal Navy’s dazzle ship graphics from the First World War. Our intent is to provoke and perhaps confound visitors by making them feel as if they are stepping into a poster rather than a store. The experience is all enveloping. 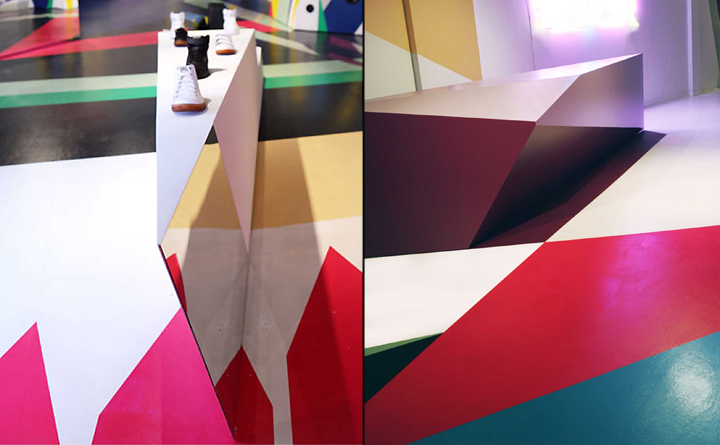 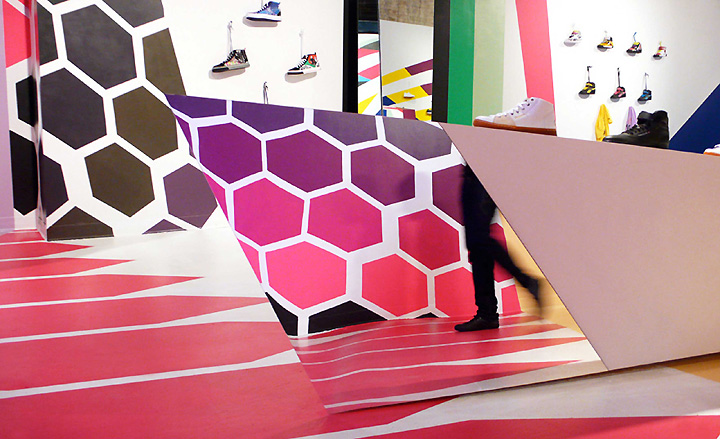 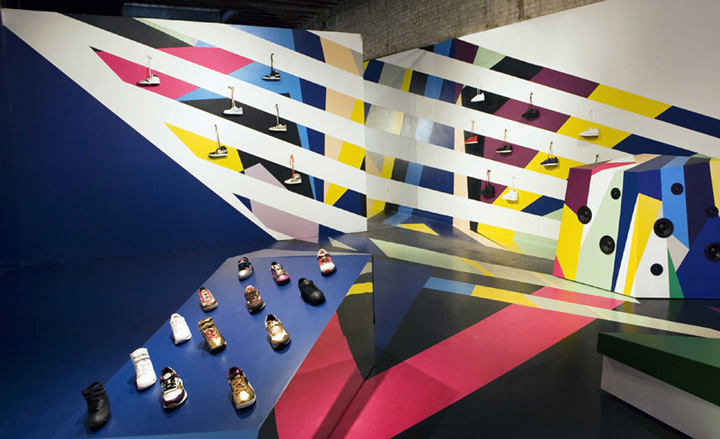 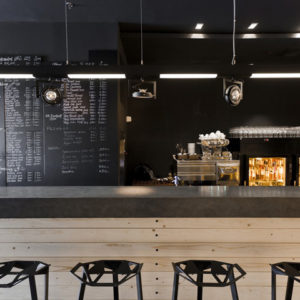 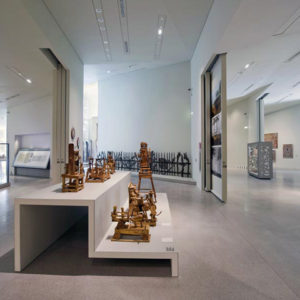 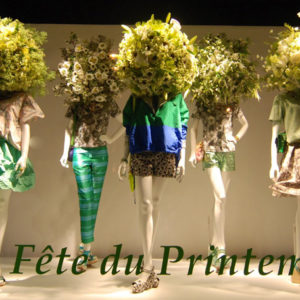 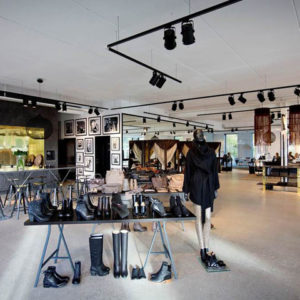