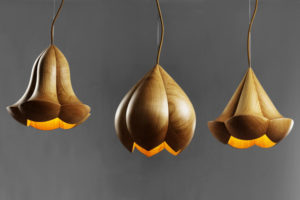 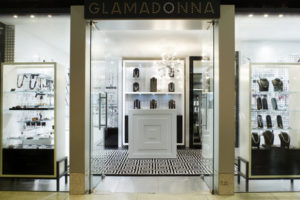 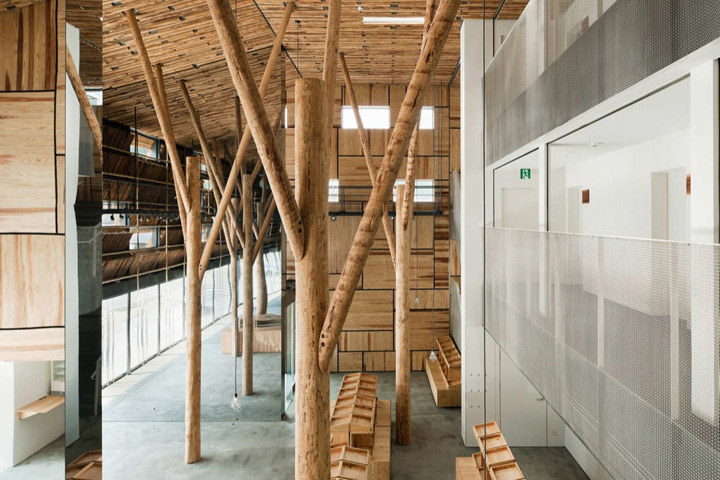 Yusuhara Machino-eki is a complex of a market selling local products and a small hotel with 15 rooms. Combining the two different functions via atrium, a new core facility was born for the town of 3,900 in the mountains. Yusuhara is widely known as the town facing a main road used by Sakamoto Ryoma, a high-minded warrior of the region who contributed to the initiation of the Meiji Restoration (big political reform). Along the road, there existed a number of greenrooms called “Chad Do” for travelers, which functioned not only as restrooms but also as a kind of cultural salon, serving teas free of charge. As an attempt to respect this history, we used thatch as the material, which is deeply related to “Cha Do,” which worked as a medium to connect the past with the present. Glass fittings are used for the lower part of the building, including the market’s entrance facing the front road, which can be open at any hour of the day, and on top of it come piles of the straw unit in the module of 2,000×980mm, an unprecedented form for a curtain wall. Normally in a thatched roofing, thatch is fixed vertically against the foundation, in which its cut ends face towards outside. In this building, however, the bunch of thatch is bound horizontally to the foundation, with which the cut end won’t be exposed to rainfalls, and will last long. As another device, pivots are set on the steel mullion at the both ends of each thatch unit, so that it can rotate and take in fresh air from outside, which will the maintenance of the thatch easier. For the interior, we used logs of cedar tree with some remained astringent skin. The remain of the astringent was controlled by the pitch of the bark peeler, so that some nuance was added to their texture. Using rough-textured materials, such as thatch and log, we tried to create a new characteristics of Yusuhara. 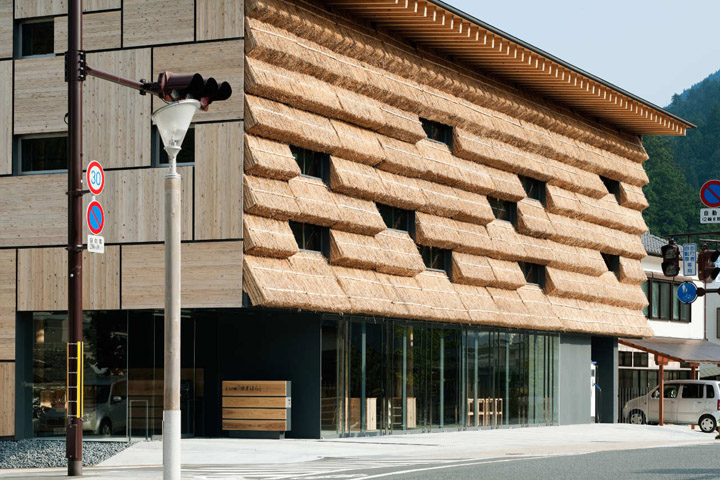 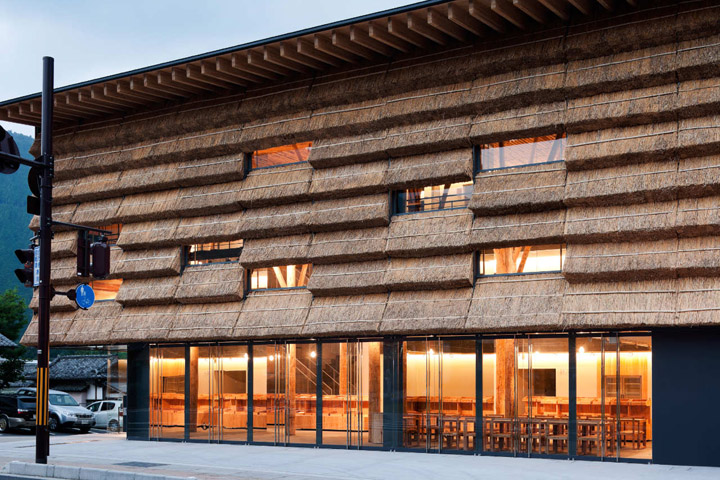 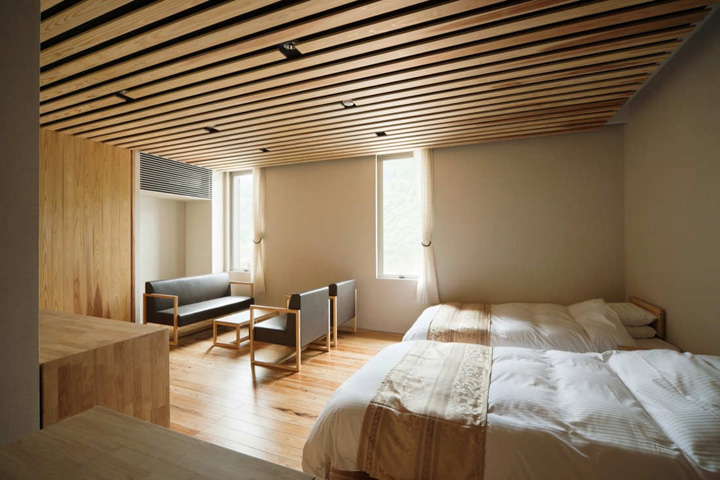 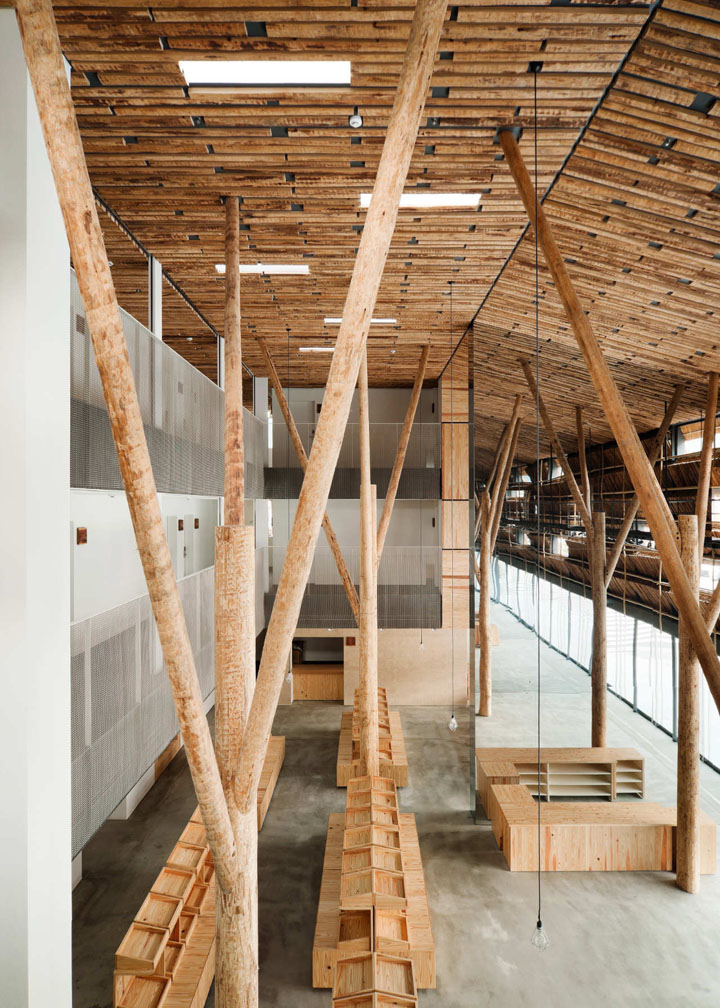 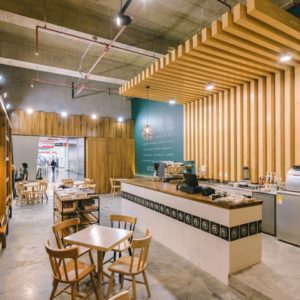 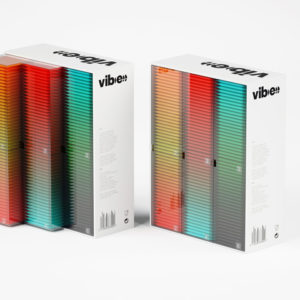 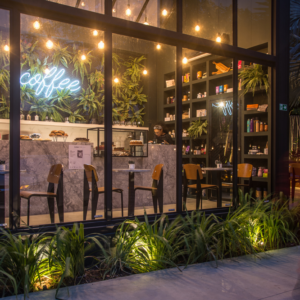 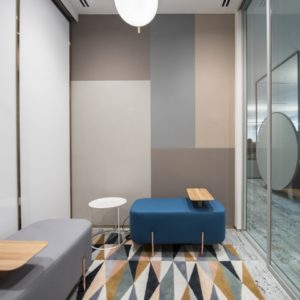