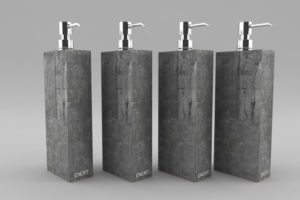 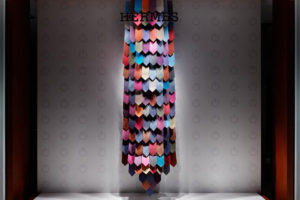 Gummo office by i29, Amsterdam 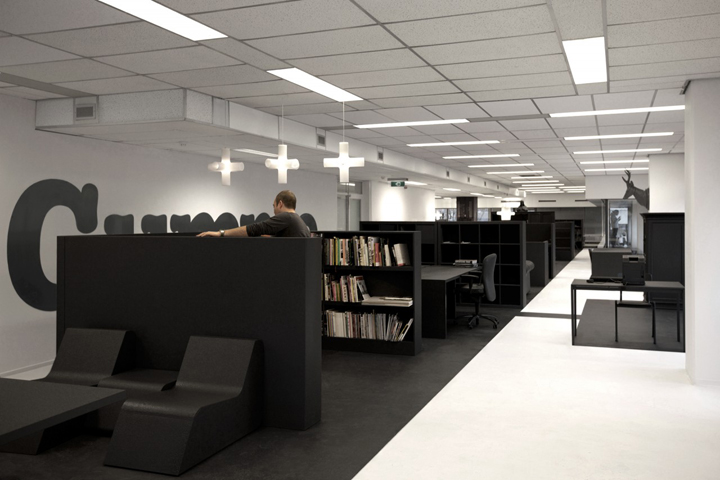 Gummo’s space was built in 2009 as a temporary space – only to be used for two years. As such, the architects convinced the ad agency to do something that would both make a big statement as well as not be expensive. Traditionally, office projects can cost big bucks, so trying to keep the costs down for a space that isn’t going to be used long is a good idea. Another example of a temporary space is this one from Mode:lina. The office below uses furniture purchased locally from secondhand shops, online, and items left from their previous space. Once sprayed and placed into the office, everything is placed into position against a white background giving the space a very interesting contrasting look. 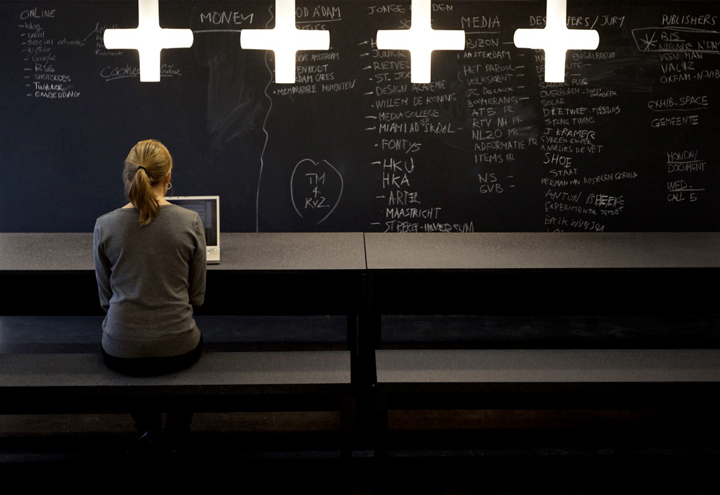 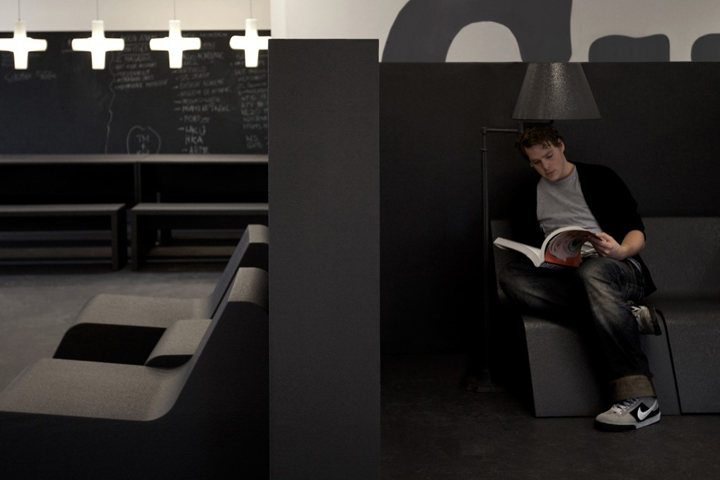 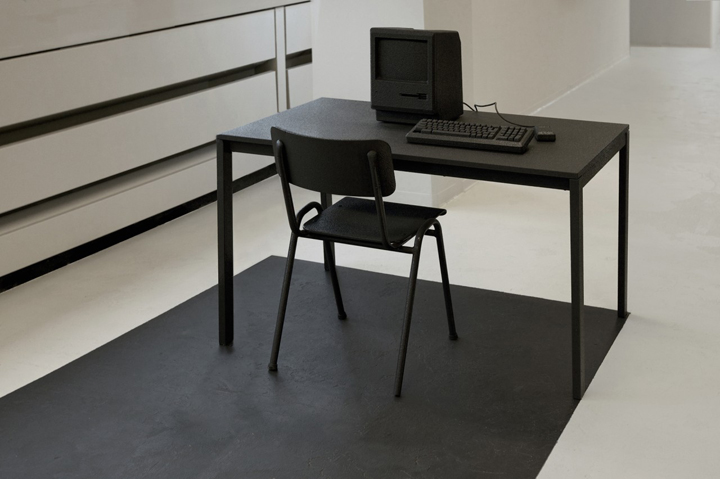 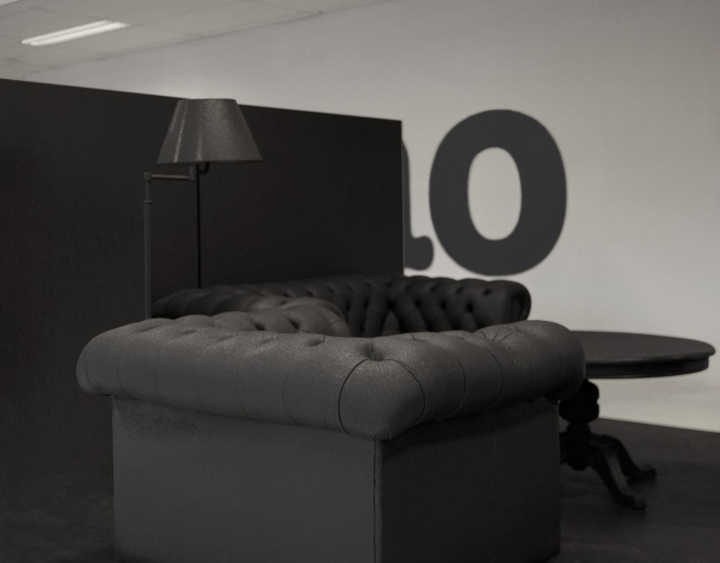 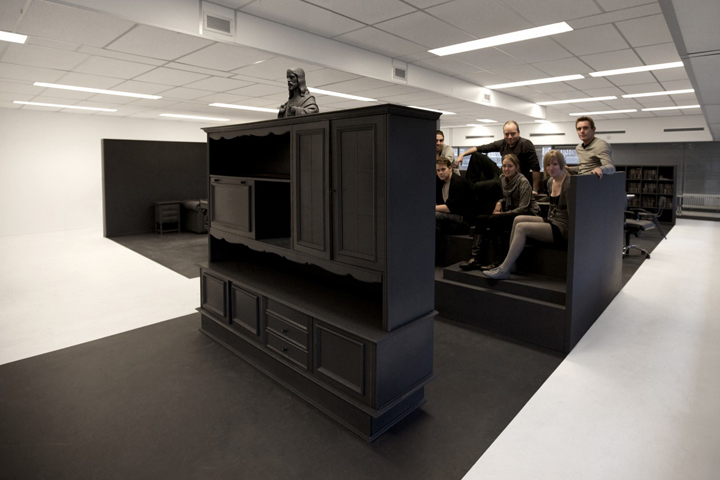 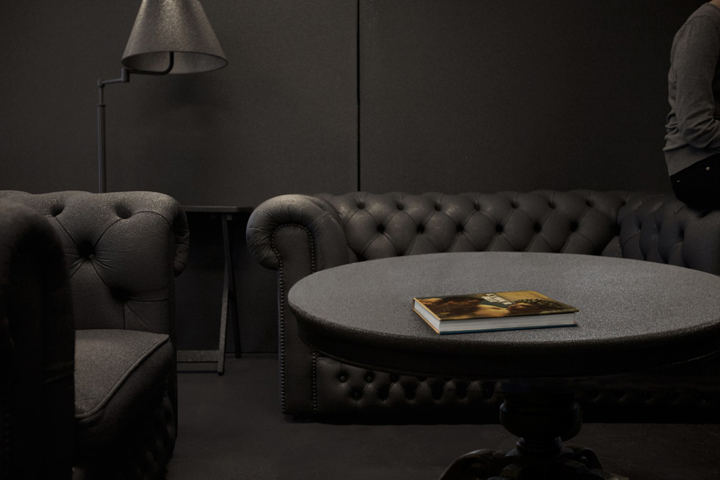 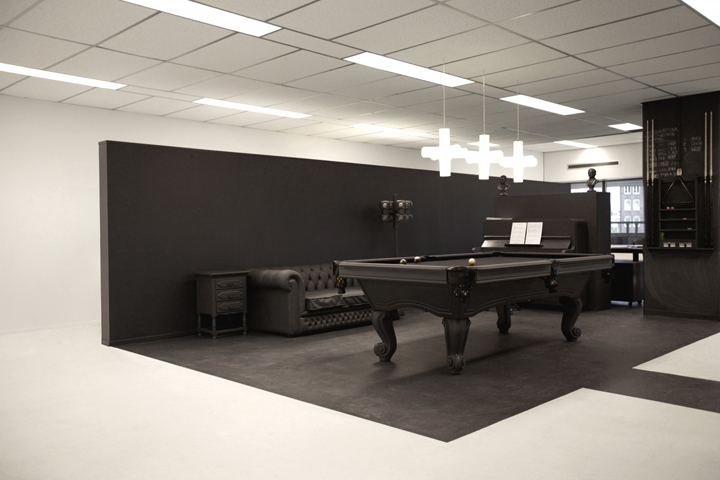 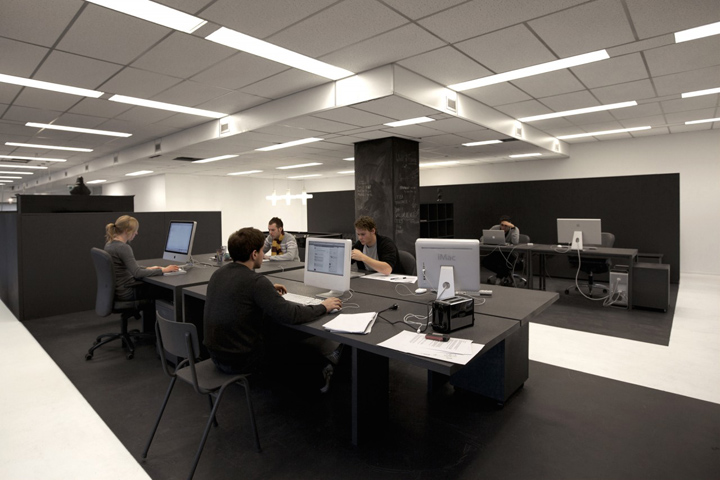 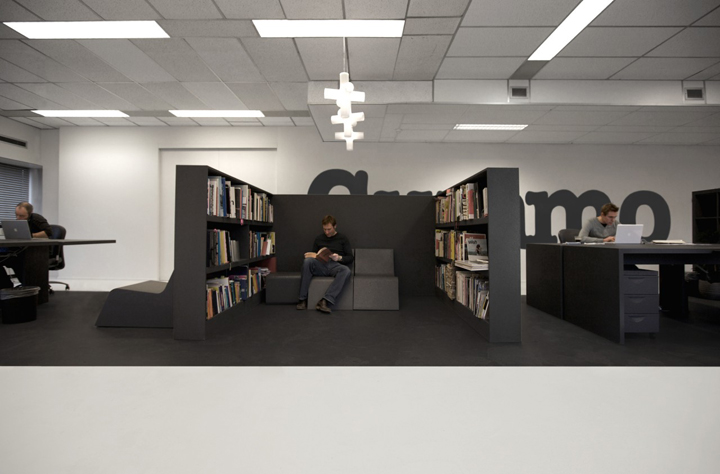 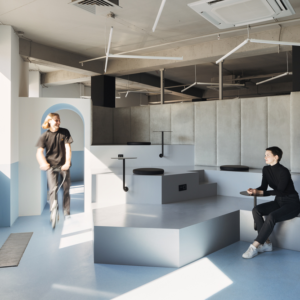 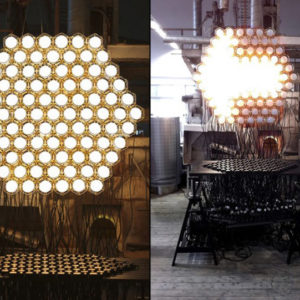 Work Lamp by Form Us With Love by retail design blog 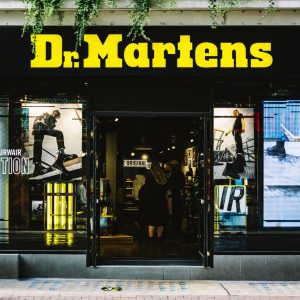 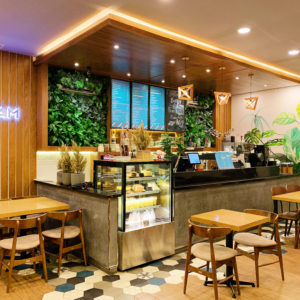