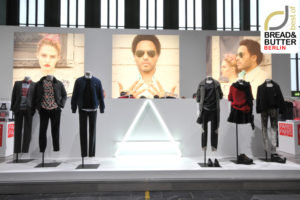 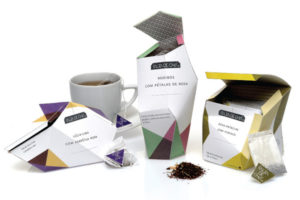 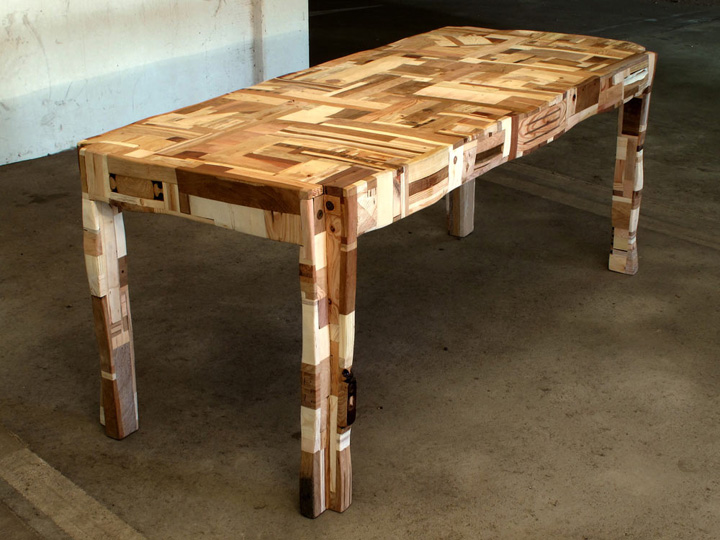 In English “gelebtes Holz” means: „lived wood“. Here comes its history:
I’m in my recent studio since ten years. It has central heating. A pity, because wood would heat studio and living space for free. But I like the place with its southern view and lots of sun, I would not move out. Until I moved in, I have always had oven heated studios and apartments. Always collecting wood for the cold season and to boil water. In all the cities I had lived in, there was plenty of it to be found in the streets. Tending to collect more than I needed, I still fall in grief and despair, when I think of all the precious exotic wood, that ended up in my oven, before I discovered a more use- and beautiful utilization. That was 1994 when I needed a bigger cabinet for my bathroom and found it a shame to cut and burn the old oak plank that once had been a public bench. The steleshaped cabinet, with the plank transformed into a door, is in use ever since, and I made many more of that type. At that time, it were monochrome conceptual paintings, that were produced in my studio, as well as site-specific installations, performances, and experimental stuff dealing with stuff from explosives to conceptual text. During art-school, luck was on my side, I had the opportunity of getting in touch with a vast variety of different techniques, materials and technologies, that allowed to deal freely and very variably with my ideas. What might lead to the opinion, that I had my difficulties of finding a specific artistic theme. Nevertheless, the thread between all the different media I had used was already there. It had to do with looking thoroughly, with showing and recognizing of details and materials charged with energy and history. Spiritual qualities in good composition. In the case of the bathroom-cabinet, it took a good while for me to recognize that, what I had done, was perfectly in line with that thread, because the recycled wood was full of history and stories from its former life. I brought it back to use, so that this charging would continue by future traces that would be added. Good that much of the material’s patina had been left to the cabinet and has not been removed by making it too “good” craftsman wise. But was that still “fine art”? Yes, regarding the conceptual part, but isn’t useable furniture rather a design-object? I soon realized, that I had sawn down my personal border between art and design. Visible became a conceptual object with everyday values. The western cultures tend to make distinctions and judgements about this point, that elsewhere do not exist. Many African tools, so called “ritual objects” will be regarded as the more precious, the more they have been in use. In Japan there is the hard-to-translate expression “wabi-sabi”, that says much about the worth and positive value of patina and wear. When I was invited to participate in an art-show in Hong Kong, I experienced that fine artists were invited equitably with architects, industrialand fashion-designers to invent objects for a public place that in Germany would solely have been perceived as fine art. My remark about this raised astonishment.
Since quite a while, I gave up distinguishing between the creative disciplines and handicraft, moving freely between the necessities that drive my work forward. And the horizon is broadening. 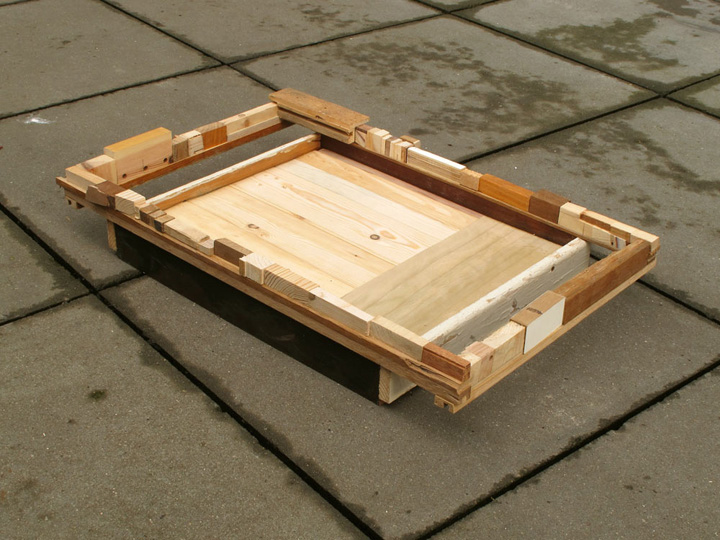 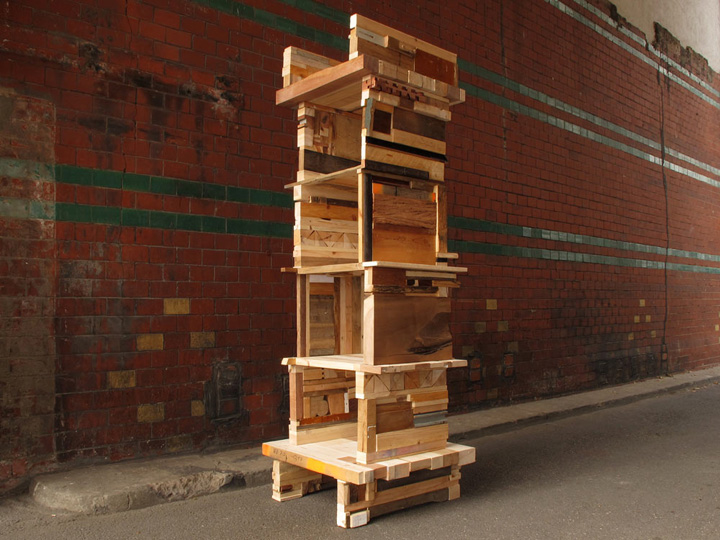 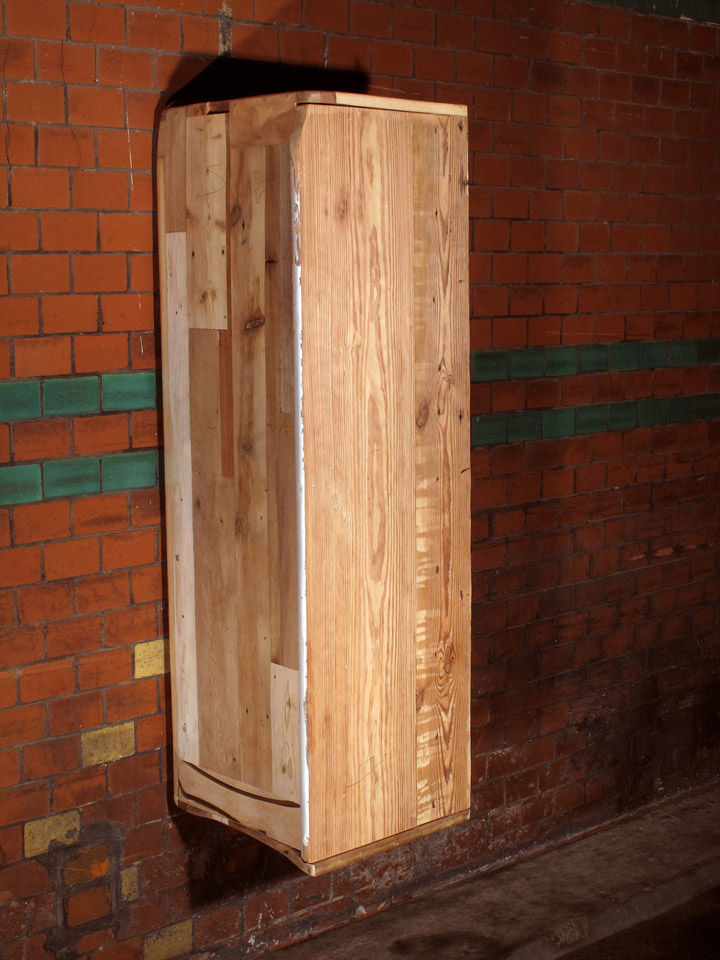 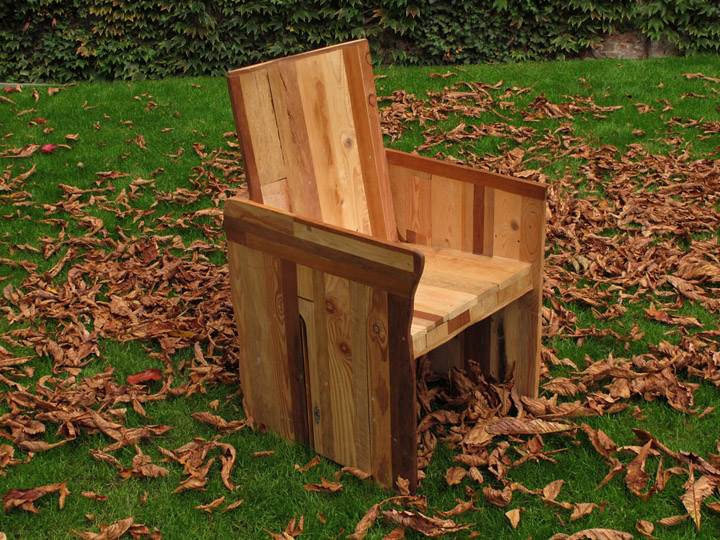 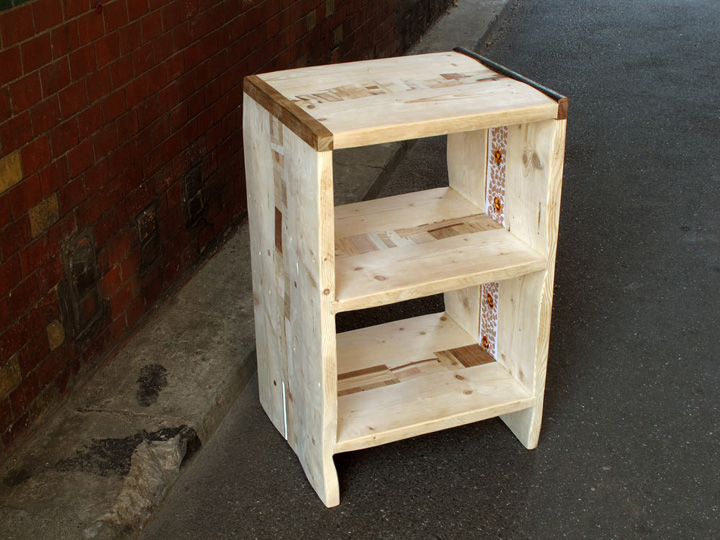 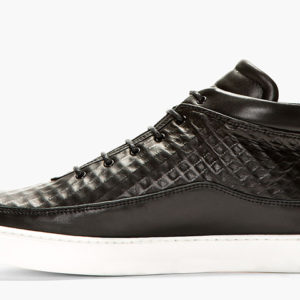 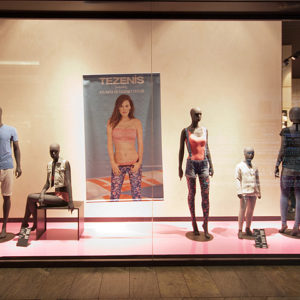 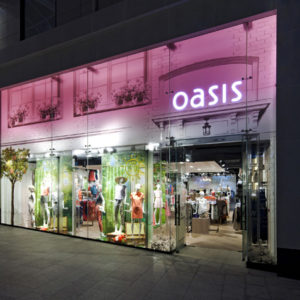 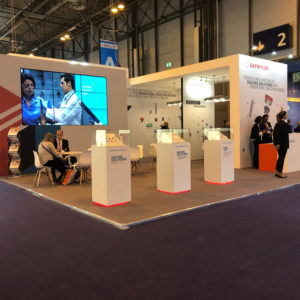