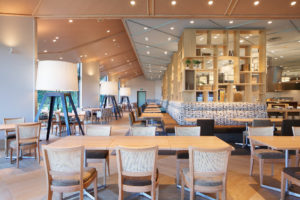 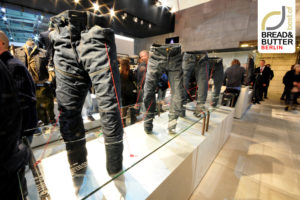 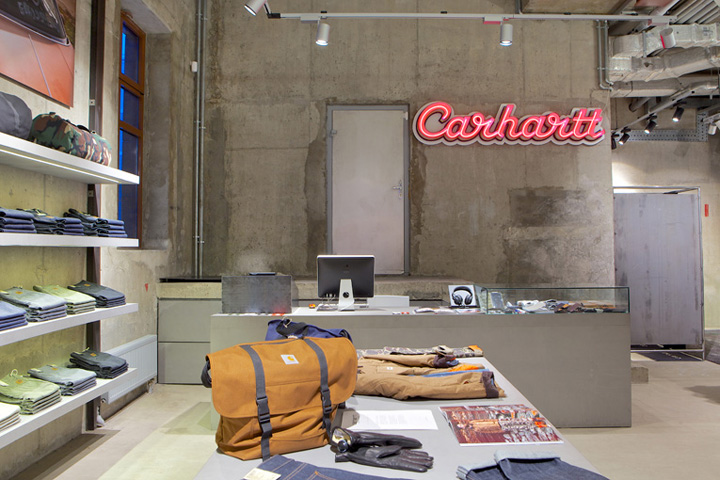 You’ve just read about Fott’s recent relocation to bigger premises in downtown Moscow. Part of its expansion scheme was the opening of a Carhartt store at the same location, and it’s the very first in all of Russia. Situated in a separate section, the store is obviously has an entirely different setting. Clean and minimalist, it incorporates swathes of the building’s existing concrete, paired with wooden panelling in a matching grey shade. Custom-built displays by Italian designer Andrea Caputo in a similar hue and suspended steel clothes racks complement the industrial feel of the retail space. Framed photographs of the brand’s newest ad campaign add visual drama. The new Carhartt store carries the full range of the men’s and women’s collections, in addition to pieces from its heritage line. 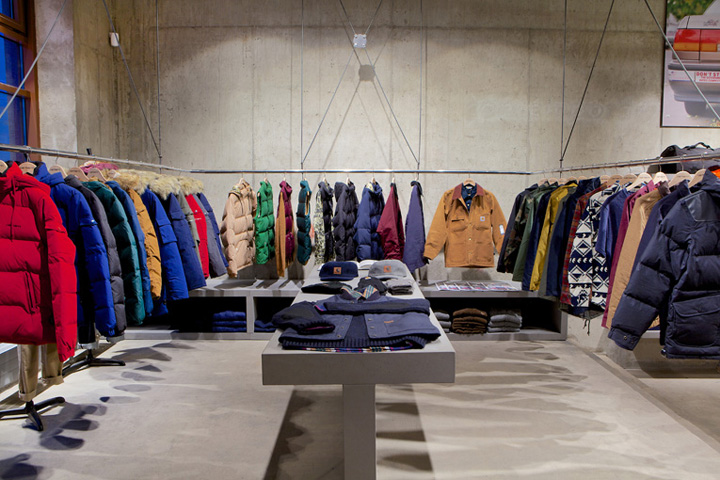 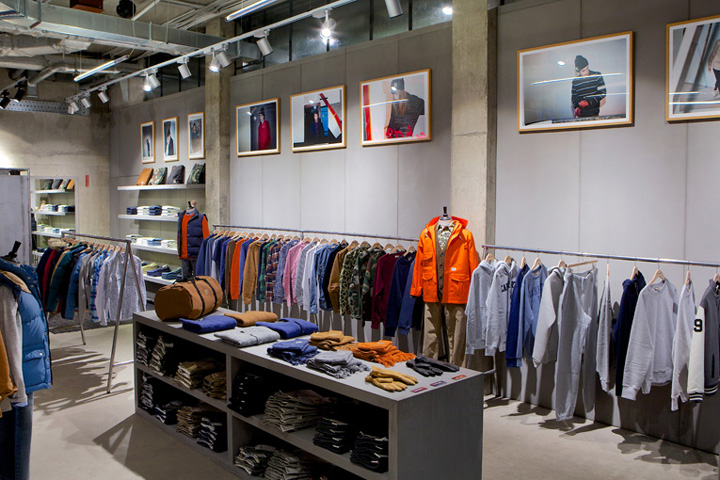 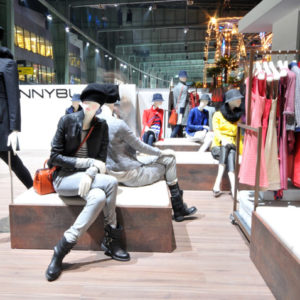 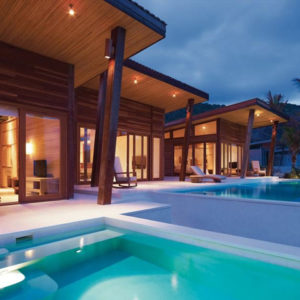 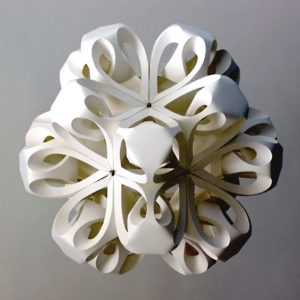 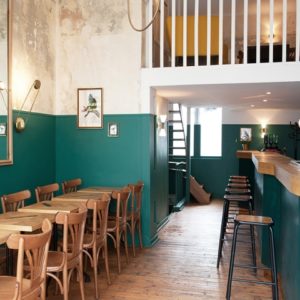