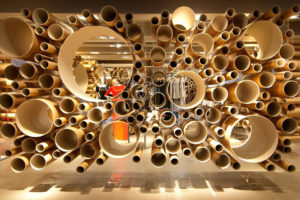 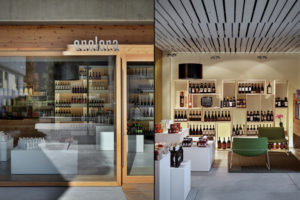 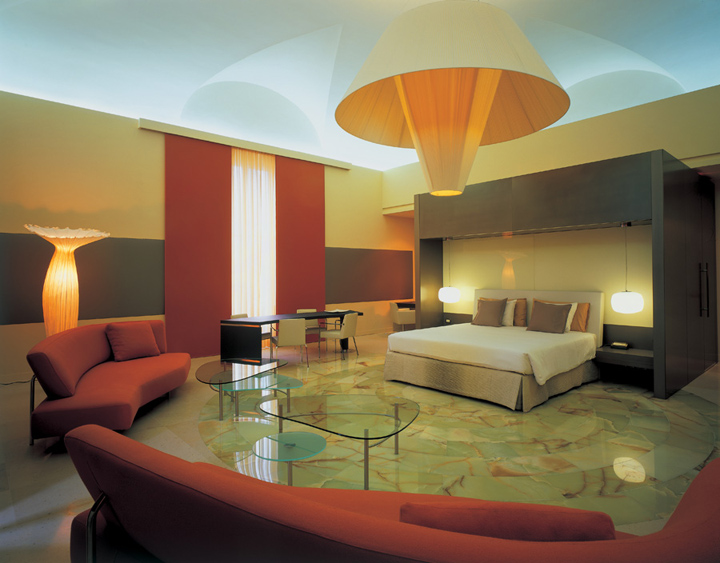 The Exedra suites in Rome arise from the idea of Angelo Boscolo, as an alternative interpretation of the architectural spaces of this historical hotel. Marco Piva’s design intervention on the three suites located on the second, third and fourth floor is done through a modern process, reinterpreting the most representative spaces in a hotel structure destined for VIP clients. The suites are located in the west wing of the edifice designed by Gaetano Koch in the second half of the ‘800. Marco Piva’s intervention aims at maintaining the architectural unity of the building, so much so that no modifications were made which could in any way overshadow the monumental architecture of the Exedra. On the contrary, the interior was created such that it is physically detached from the space in which it is contained, thus emphasising furthermore the architecture. 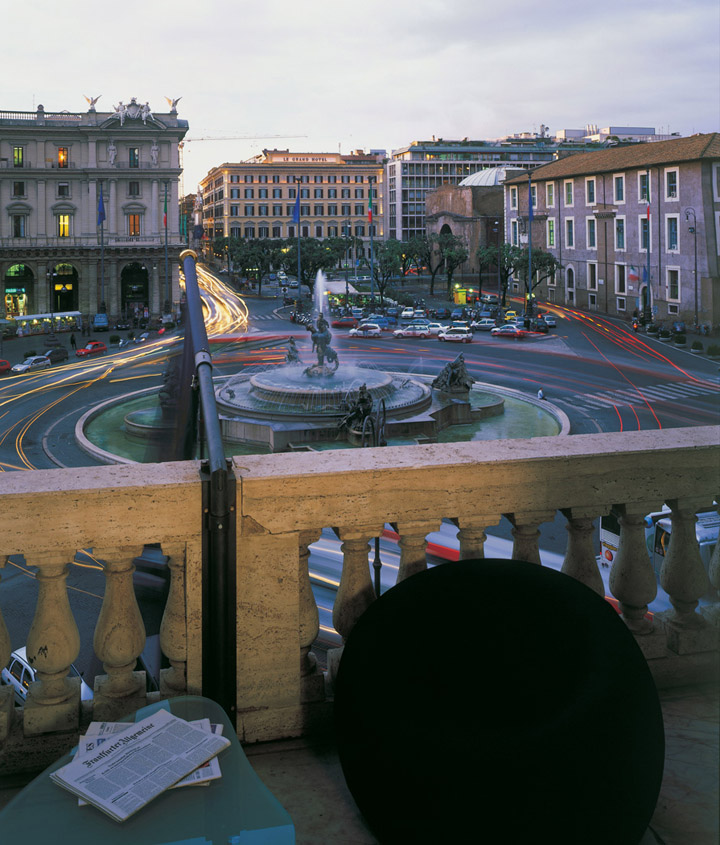 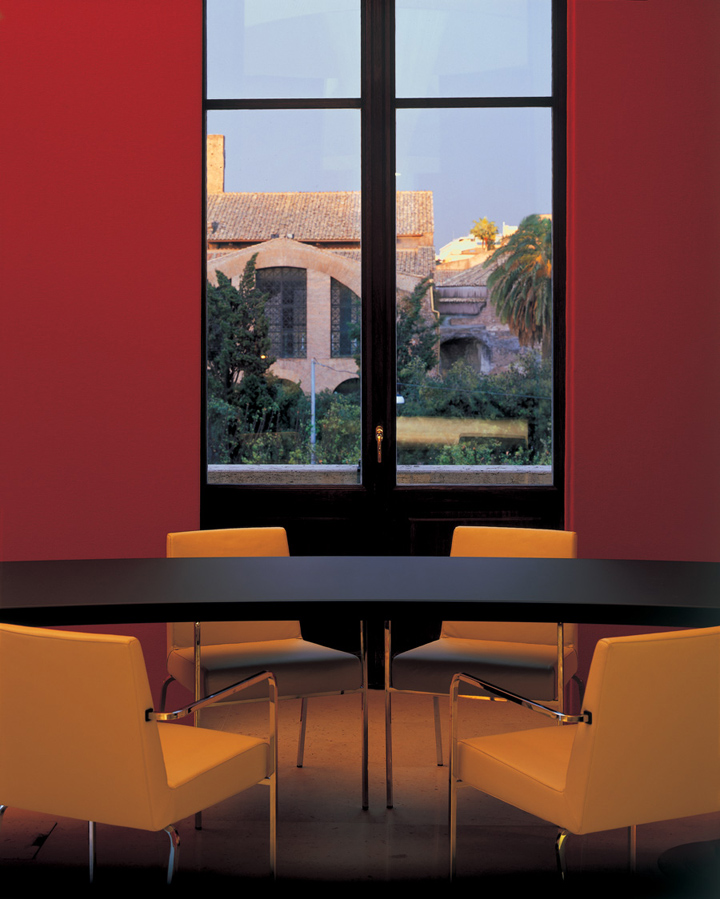 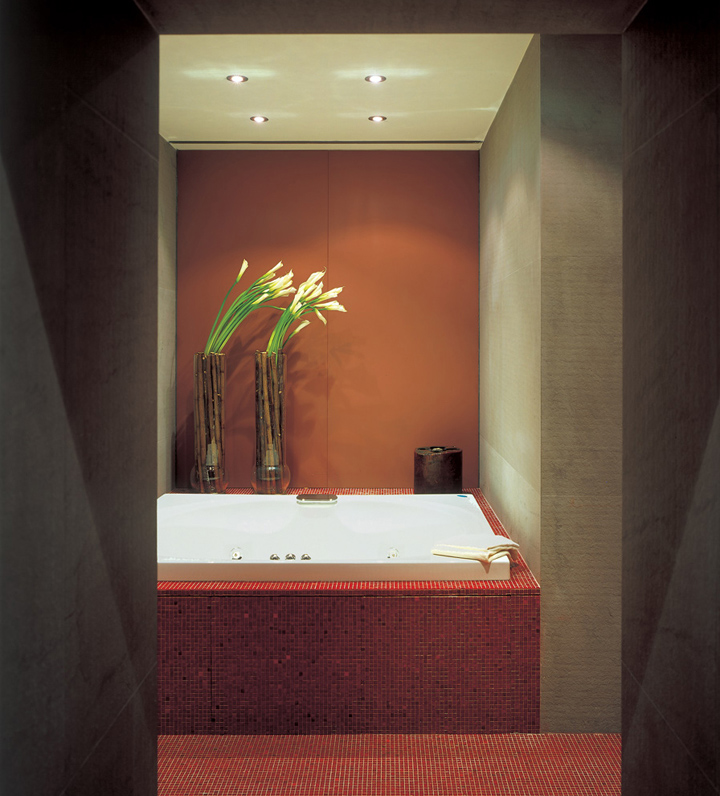 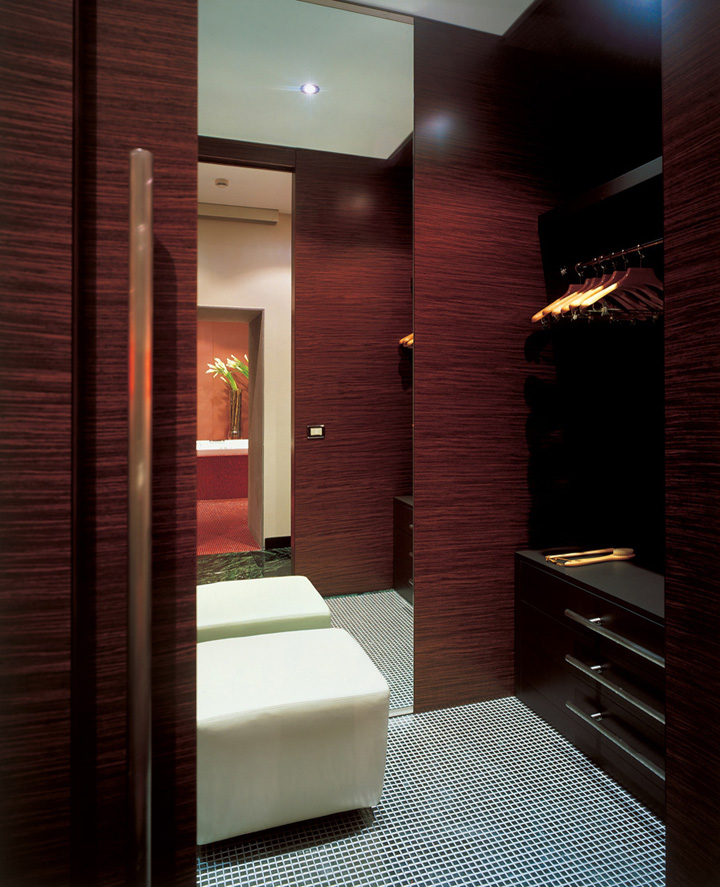 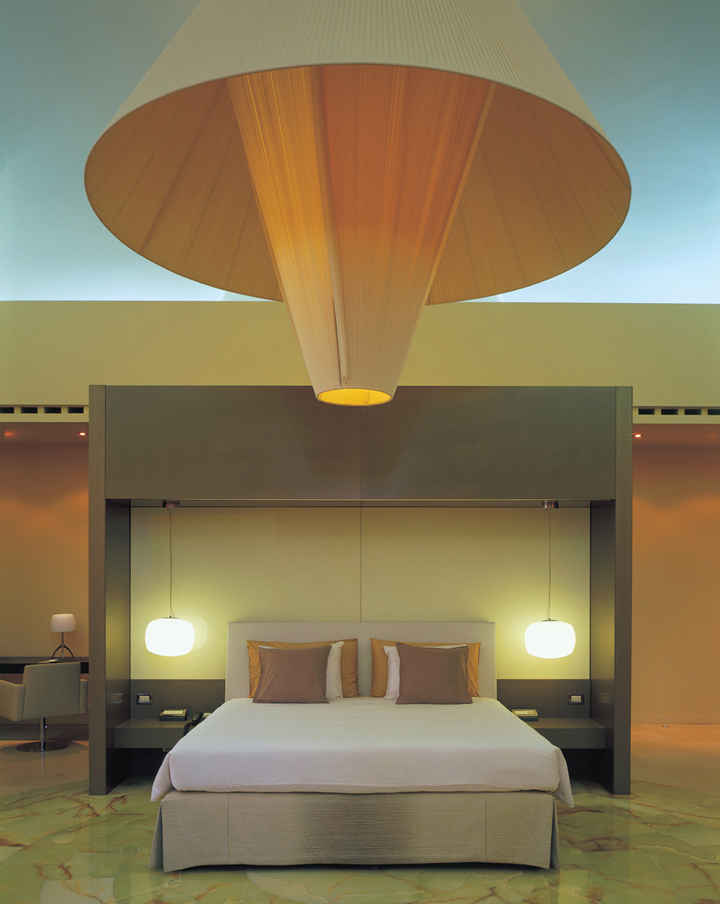 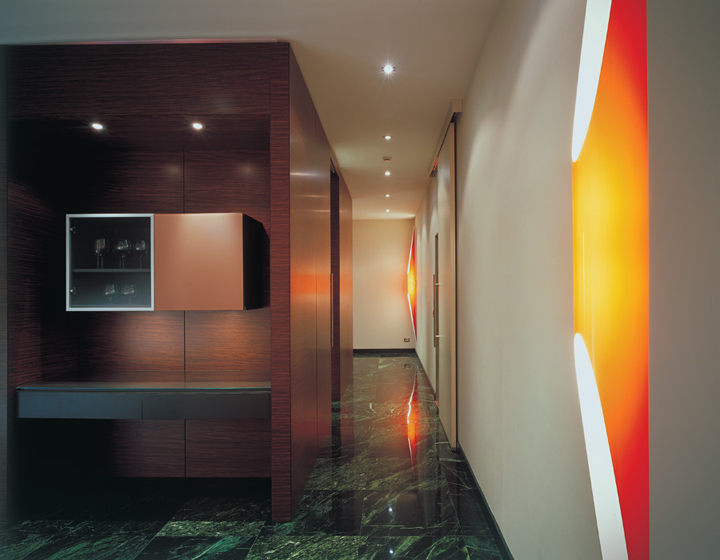 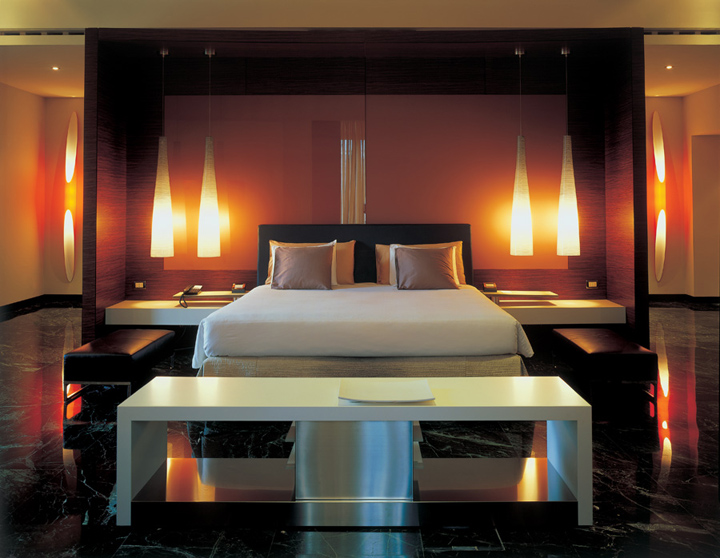 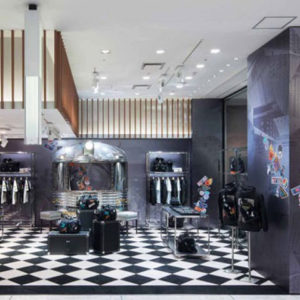 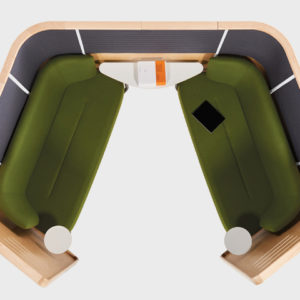 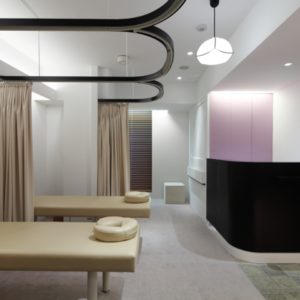