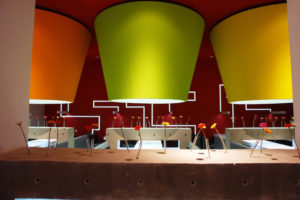 Hand made lampshades by Tzuri and Katharina 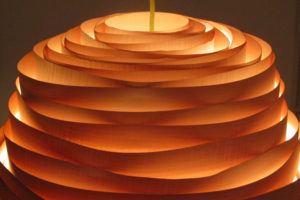 Meet Design – Around the World exhibition by Migliore+Servetto Architects, Milan 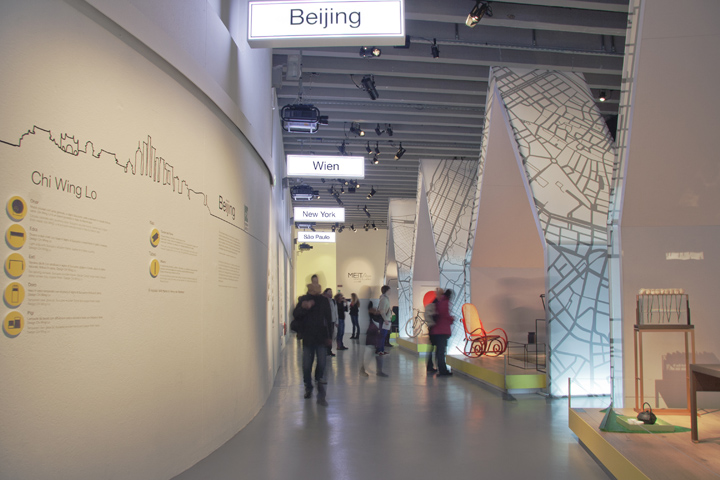 AROUND THE WORLD is an “International” trip in the world of design, that starts from Milan and travels to seven cities of the world: Wien, Paris, New York, Tokyo, San Paolo, Beijing and Melbourne. “We have imagined a cosmopolitan urban landscape: a light and dynamic environment evoking a way of living, conceived as an adding of fragments, images, maps, sounds and objects of 7 international cities. A trip/sequence of different sets to get to know new icons of Italian design in the world” explains Ico Migliore, designer of the exhibition together with Mara Servetto, Migliore+Servetto Architects. “The exhibition represents the international value of Made in Italy and its capability of inspiring the living styles of the great capitals of the world. From the plasters of Paris to the Japanese essential style, from Brazilian modernism to a loft in New York, seven domestic settings selected by Case da Abitare interact with the contemporary elegance of Italian furniture. The furniture is the protagonist of interiors, lounges and green spaces at all latitudes” . – says Francesca Taroni, editor in chief of Case da Abitare and curator of the exhibition together with Ico Migliore. At the entrance of the space, an overhead square overlooks the seven travel scenarios: seven domestic icons covered by a thin graphic skin that creates the context for the proposed interiors inside the urban fabric of each place. Seven domestic volumes open on different levels to host the real furniture of some of the most important Italian companies of the sector, while on the background dynamic graphic images, taken from photo shootings, are shown. Along the walls the continuous line of the different skylines one after the other, drawn by Ico Migliore, leads the visitor along the path and defines the stops, marked by backlit train stations’ signs. “Around the World” is an event sponsored by the Public Administration of Milan, and that come after the editions of MEET DESIGN of 2011 in Rome and Turin and the one of 2012 in Bejing, for the first edition of Beijing Design Fair. 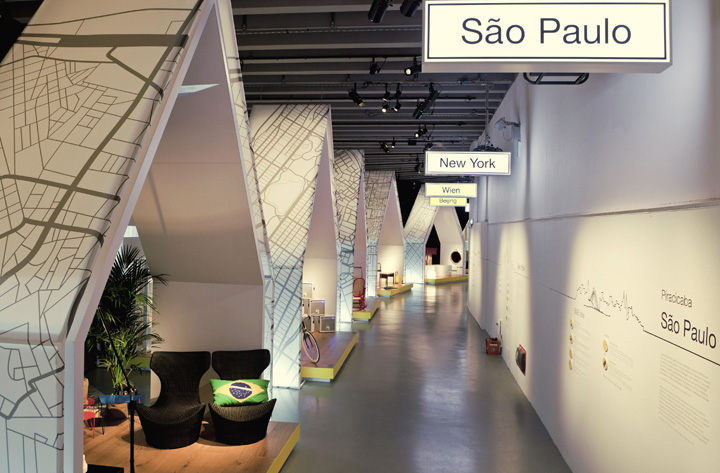 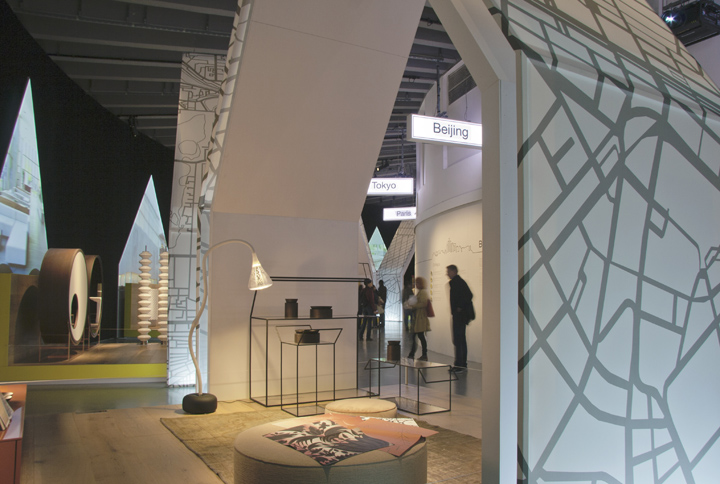 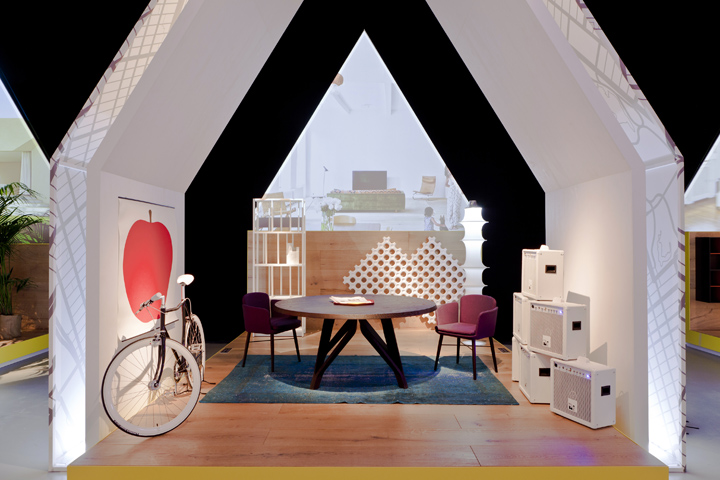 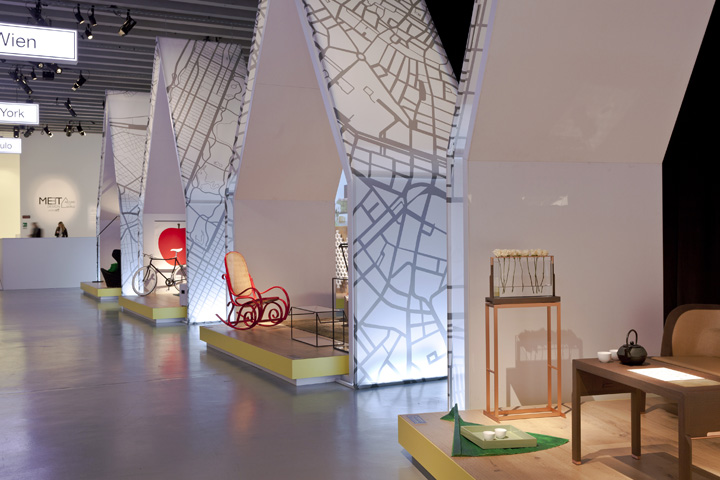 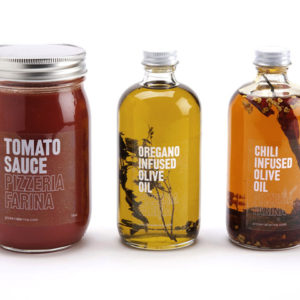 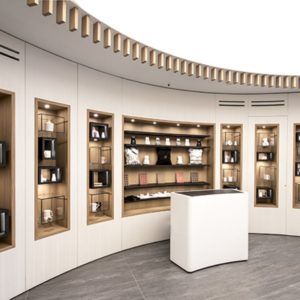 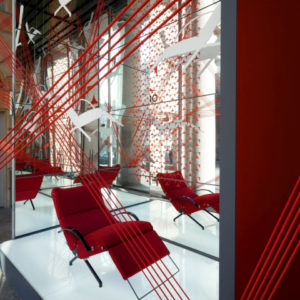 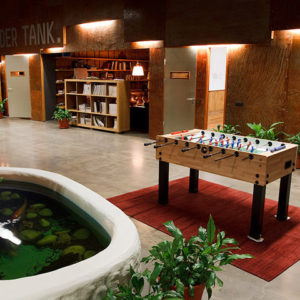