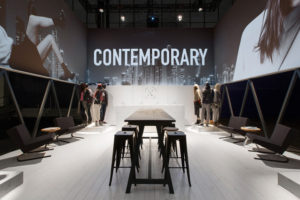 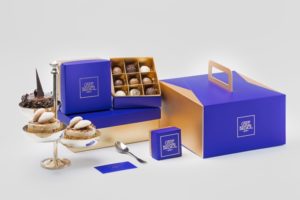 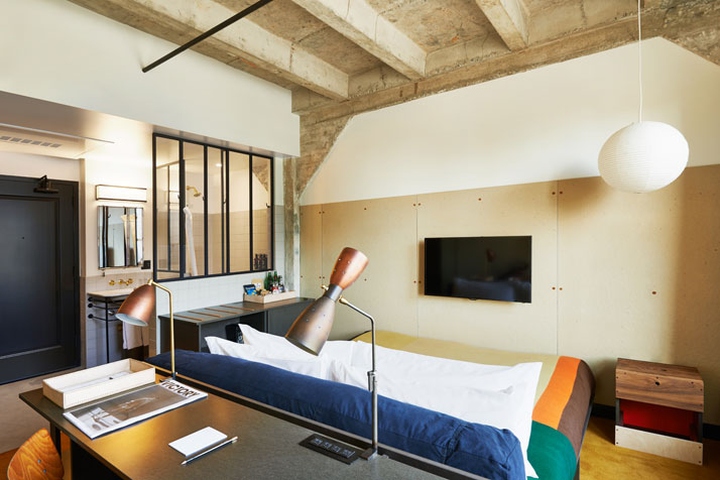 We love the friendly atmosphere and all the playful details in every Ace Hotel — so we were naturally thrilled to find out that a new addition to the American hotel chain opened earlier this year in downtown Los Angeles. Occupying the former headquarters of the notorious United Artists film studio, the one-of-a-kind historical monument has been renovated and converted by Commune, the LA-based design collective also responsible for the design of two other Ace Hotels: the Ace Hotel & Swim Club in Palm Springs and the American Trade Hotel in Panama City’s old town. The maverick motion picture studio of United Artists was originally founded in 1919 by D. W. Griffith, Charlie Chaplin, Mary Pickford, and Douglas Fairbanks as a reaction to the monopoly of the big film studios of the time. So, when the UA’s headquarters were erected in 1927 in LA’s Broadway Theatre District, they included not only an imposing 70-meter-high office tower (the highest building in town at the time), but also its very own theatre, now completely restored and renamed The Theatre at Ace Hotel. This dazzling 1,600-seater is decorated with patterns inspired by the Gothic palaces and churches of Spain, particularly the monumental late-gothic cathedral of Segovia. Retrofitted with high-quality sound and projection systems, the theatre can now host a wide variety of events; needless to say, local musicians and other artists perform here regularly as part of the hotel’s daily program of curated events. The Spanish Gothic influence has been beautifully preserved in other parts of the hotel as well such as the theatre’s opulent three-storey-high foyer and the relief decorations on the tower’s facade. In a similar style, an ornate rectangular cupola crowns the building, acting as the perfect ‘exotic’ background for the hotel’s rooftop bar and pool. At the back of the building, another part of its history has been preserved: the iconic ‘Jesus Saves’ sign dating back to the time when the building was called the ‘Los Angeles University Cathedral’ and was used to broadcast the Church of the Open Door’s Sunday sermons. The rest of the interiors have been completely refurbished by Commune in a style that harmoniously complements the vintage faux-Gothic parts of the building. Emanating a sense of contemporary urban comfort and understated luxury, the 182 rooms and common areas have all been decorated with furniture and artworks from local and international artists, bringing together diverse and contrasting materials and patterns. A stay at the hotel is bound to be a memorable experience for any music-lover, since custom radios and turntables (complete with a curated selection of vinyls) are available in every room, while in some rooms an acoustic guitar is at hand for those who want to play music themselves. 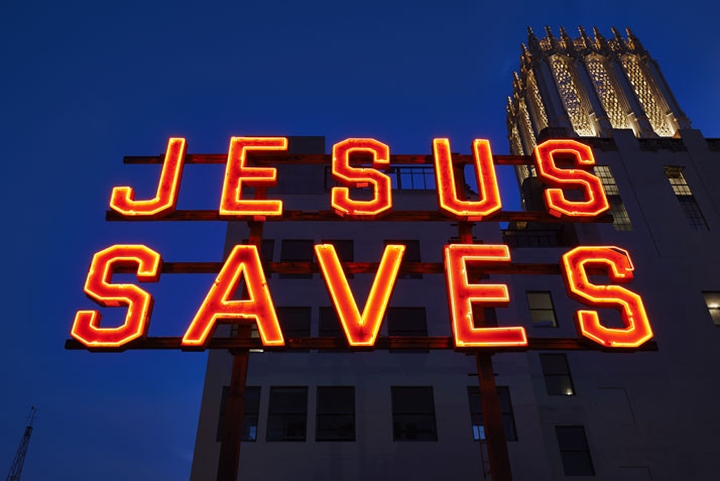 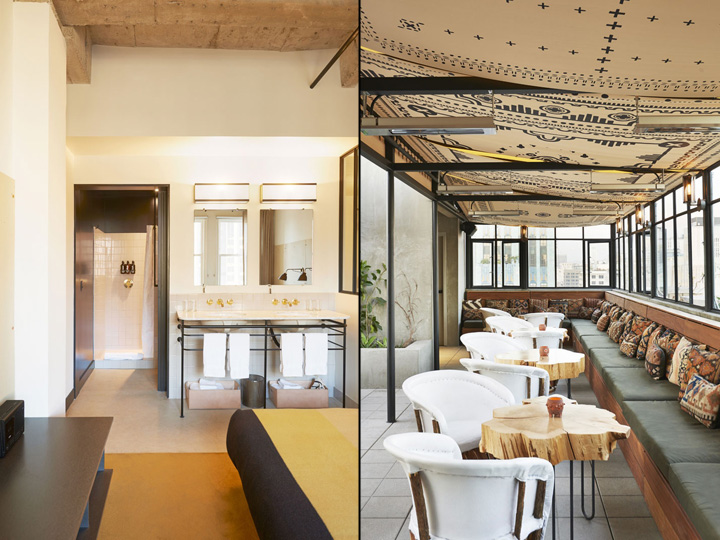 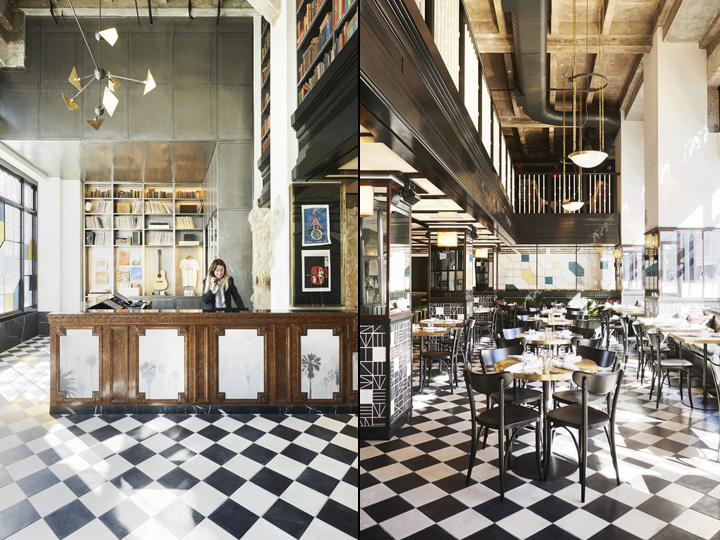 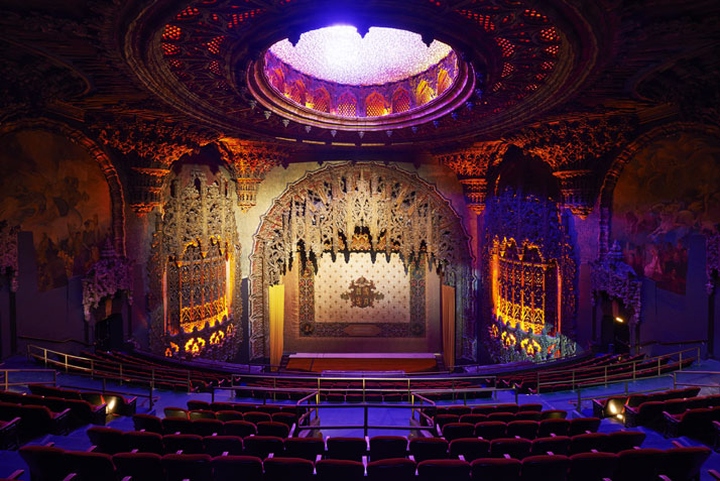 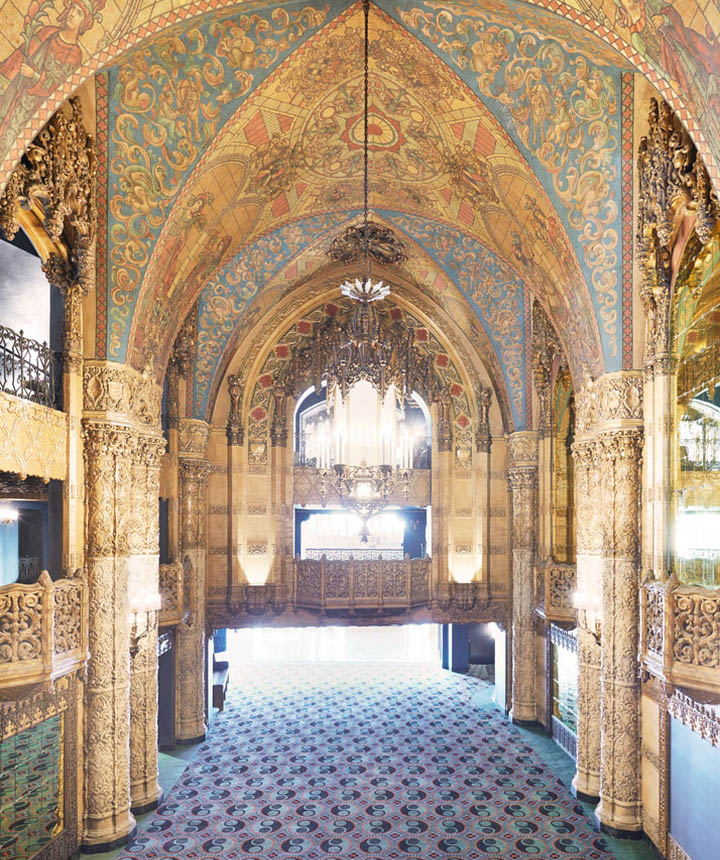 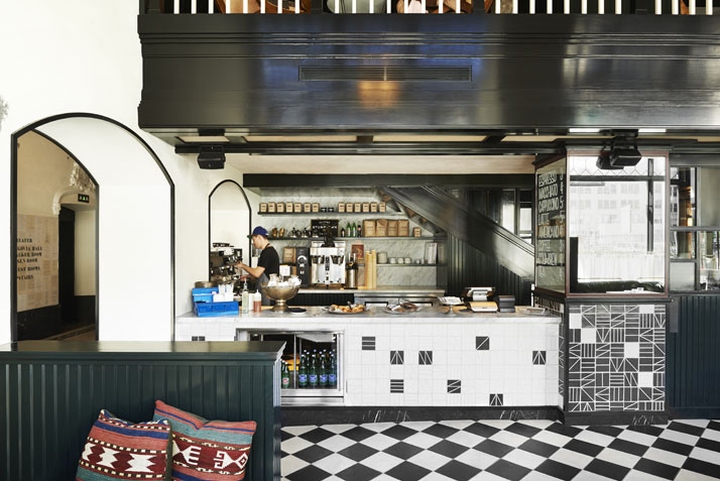 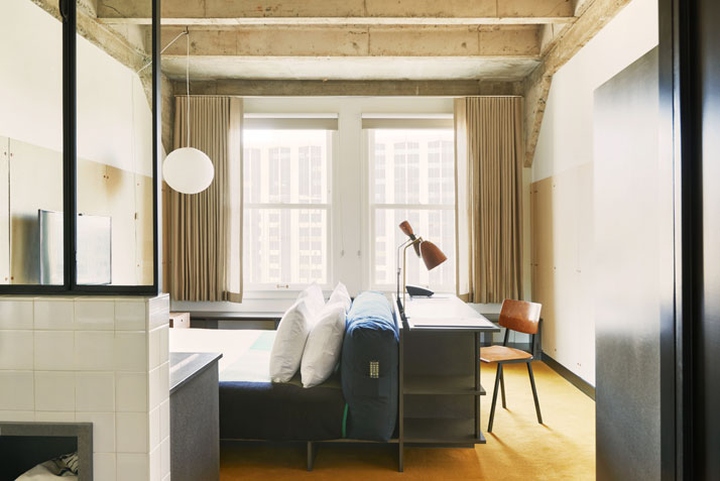 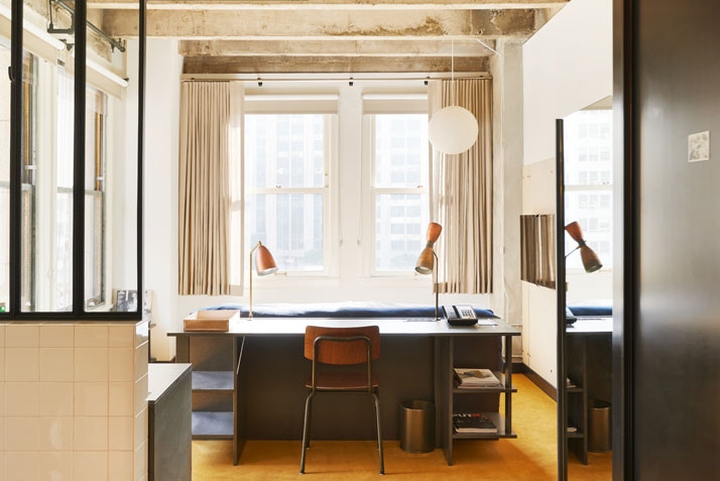 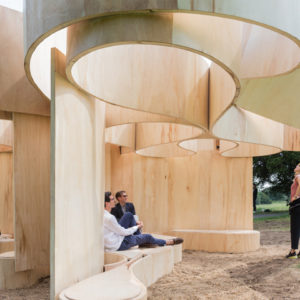 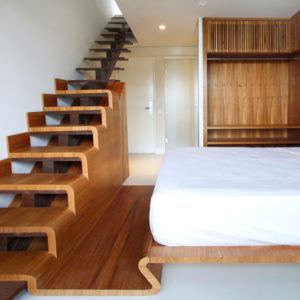 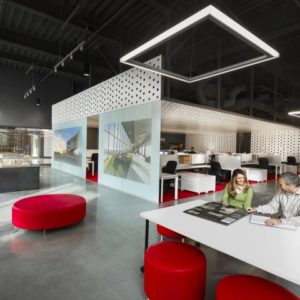 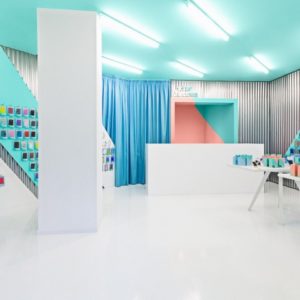