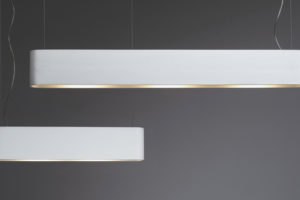 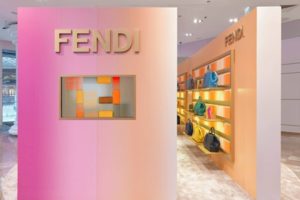 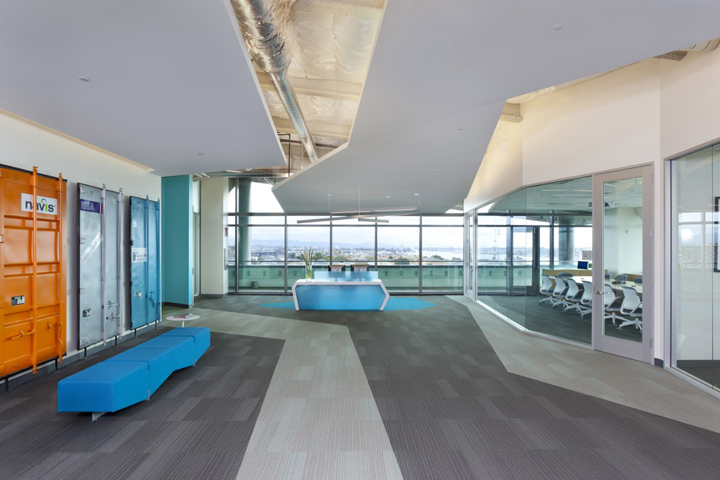 When Navis set sail for new headquarters at Oakland’s Jack London Square, it was an opportunity to invigorate a company culture that flows between collaborative and heads-down work styles. Programmers, explorers, big-thinkers, the high-tech firm has a fascinating focus: they create the technology that tracks cargo through the world’s shipping ports. The design is organized to provide gathering spaces, open workstations, private offices, meeting rooms, and heads-down “pods” that can be easily navigated. Glass-walled meeting rooms along the expansive lobby’s ocean side allow daylight to spill through. A central copy/mailroom on the sixth floor functions as a visual landing space, a nexus of pathways, accents, and angles. At the north end of the sixth floor, the cafeteria features a blue scrim that crests like a wave overhead. The result is a space that captures Navis’ corporate culture both aesthetically and functionally, marrying themes from shipping and technology and supporting the cross-team work tasks necessary to keep the world’s cargo trade shipshape. 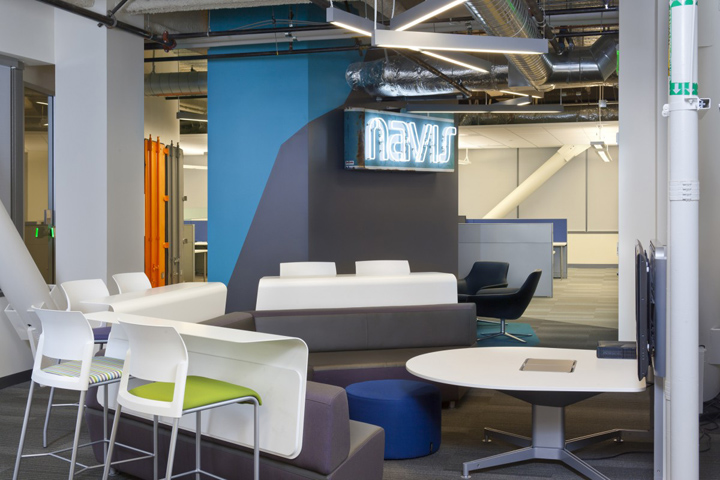 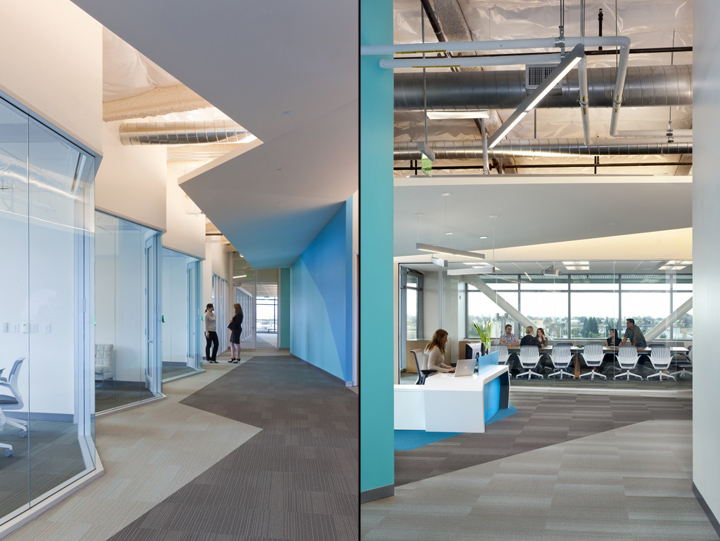 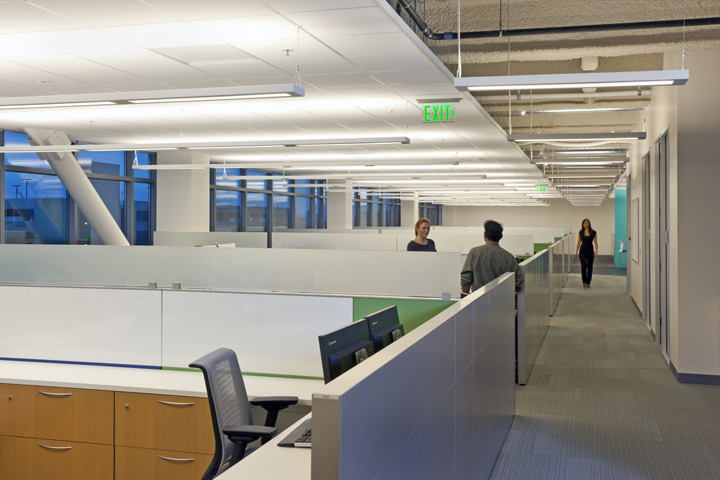 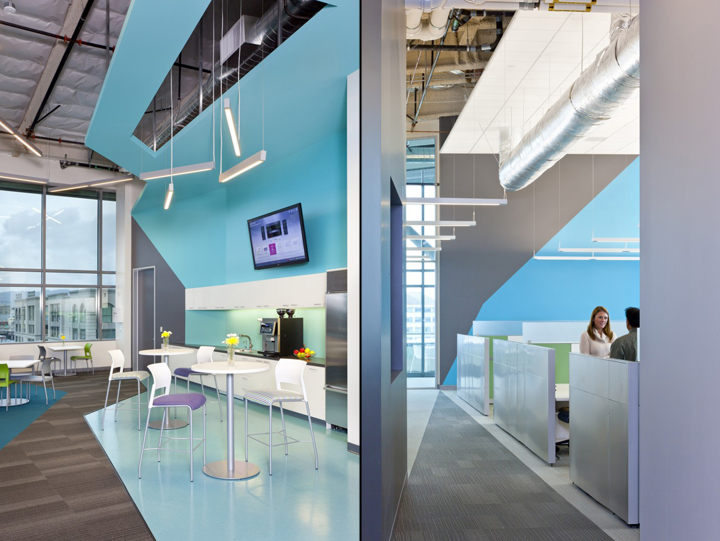 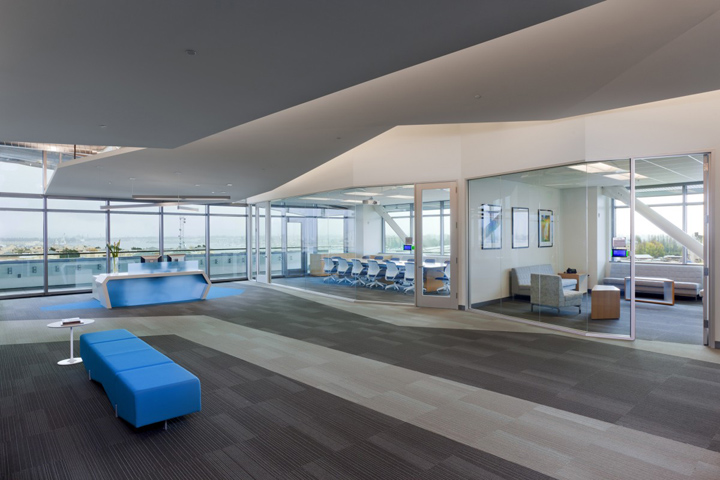 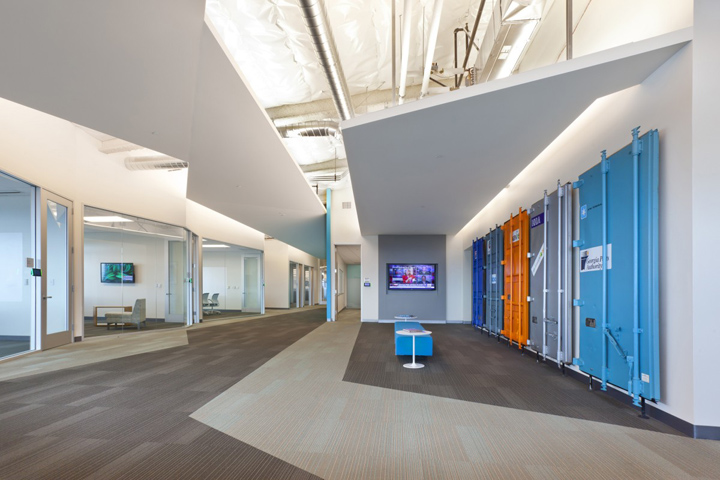 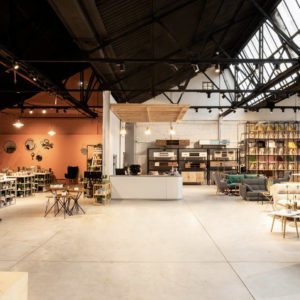 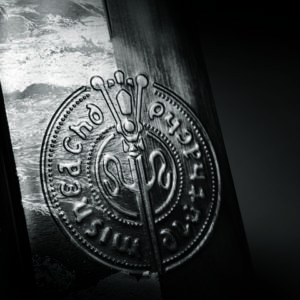 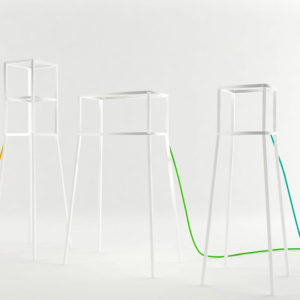 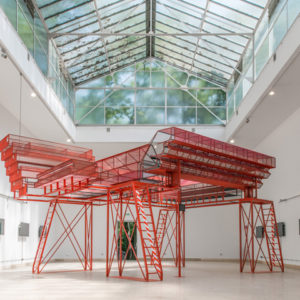