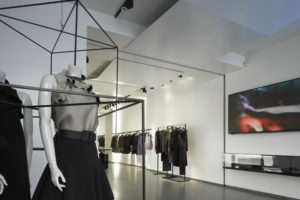 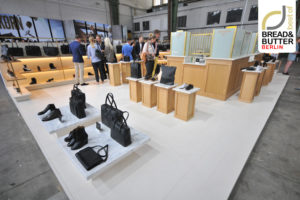 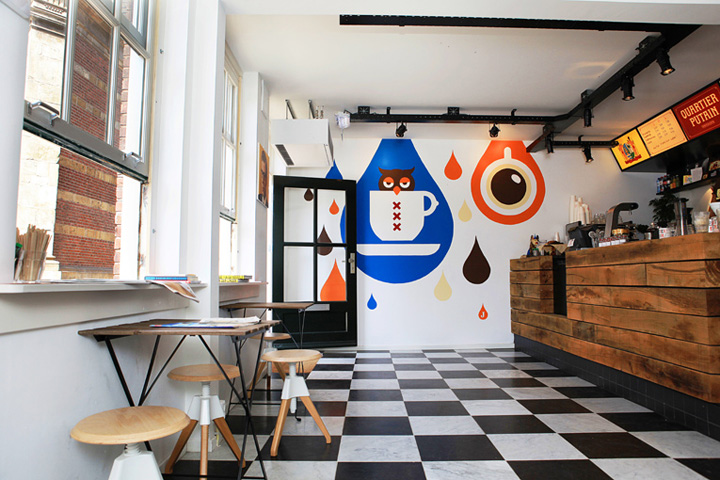 Amsterdam’s notorious Red Light district is seeing a gradual transformation from cliché sleaze to hipster cool. In 2007 the city council launched a project that aims to diminish the mobster influence and give the area an economic upgrade by allowing screened and different kind of businesses to settle there. Its name isn’t an exercise of dutch bluntness but is in fact taken from an eponymous song by Heinz Polzer a.k.a. Drs P., a 93-year-old Dutch-Austrian singer and songwriter with a local cult following, and who also happens to be signed to the record label. Quartier Putain occupies a two-storey space and features a welcoming coffee counter on the ground floor which serves various quality coffee blends, tasty bites and a range of branded products. One floor up a compact event space is situated where emerging creative talent from different disciplines can either present their work or do a gig. 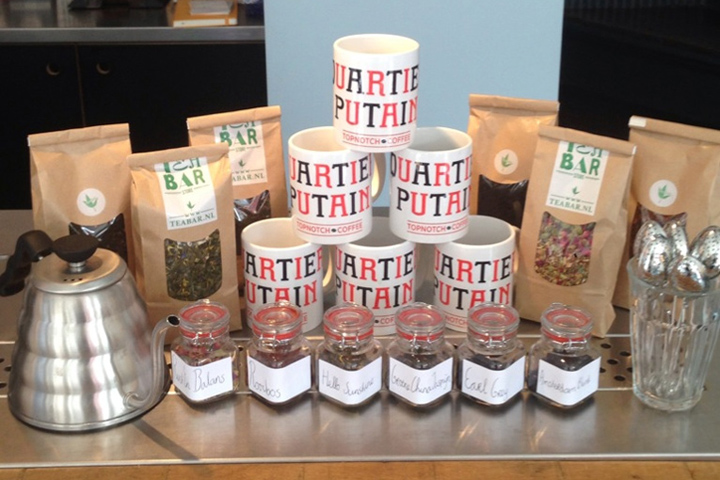 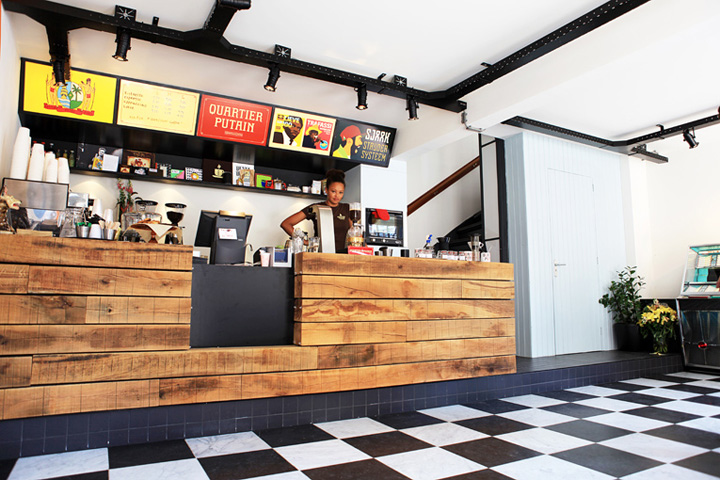 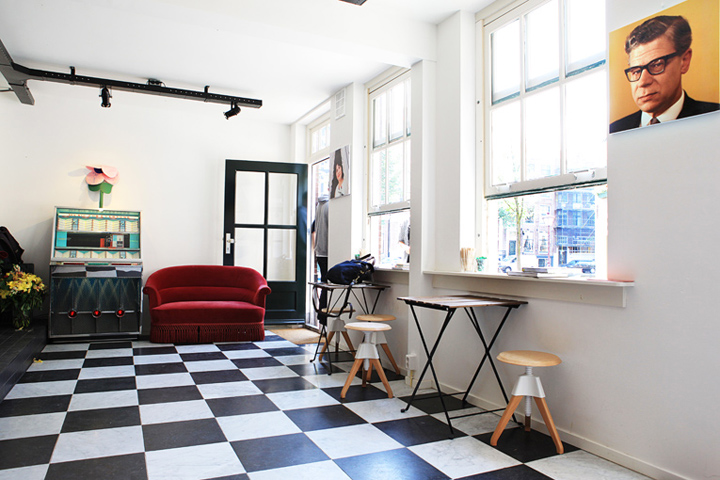 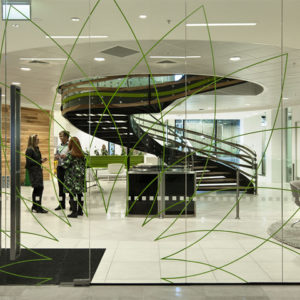 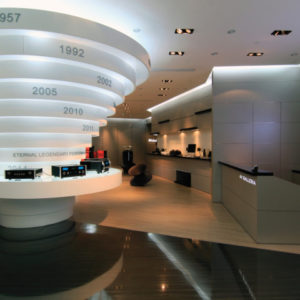 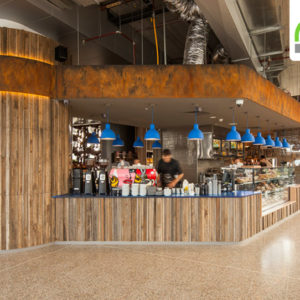 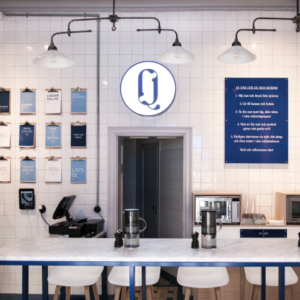