Built on steep hills with cobbled streets, Frome is an historic market town with more listed buildings than any other Somerset town. One such building is the Archangel, dating back as far as the Domesday book and being first recorded as an Inn in 1311. A view from the outside presents a modest building that was once a medieval coaching inn called The Angel. In fact, the outside of the carriage house probably looks much like it did in the 18th Century thanks to the white painted brick, the shingled roof top, and the dark paned glass windows. However, despite being apparent that the building is steeped in history little is documented about this grade II listed building until its recent renovation which started in 2008. It was at this juncture that The Angel Inn became the Archangel and a major renovation programme took place resulting in this magnificently quirky restaurant and bar with rooms. The building, despite such an extensive renovation programme, still reveals its medieval history as so much of the ancient interior has been preserved. Modern medieval is probably a good way to describe it now! The Architect, Piers Taylor of Mitchell Taylor Workshops, preserved the ancient beams and walls and put them on show, conserving their patina and leaving them largely unadorned to speak for themselves. This is especially true in the barn-like restaurant, which has a mezzanine floor and a suspended glass cube that cradles a private dining table close to the cross beams, on which rows of “candles” glow, lighting up the high celings. Renaissance paintings of angels (hence Archangel) have been deployed throughout as wallpaper, and glass and steel, zinc and slate, leather and copper have been used to create a lux-rustic style. The narrow medieval lane that dissects the building from front to back has also been preserved and covered over to connect the buildings so the long slate floored passage now leads on, not to stables, but to the two bars, reception desk, loos (each with its own particularly stunning ceiling-to-floor angel) and restaurant. 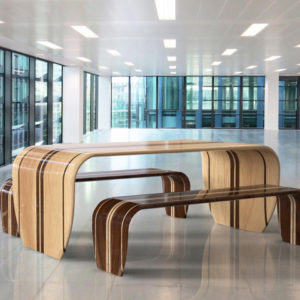 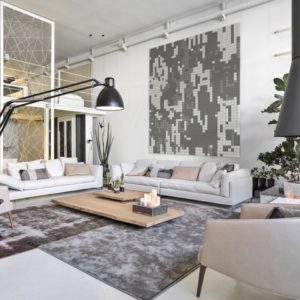