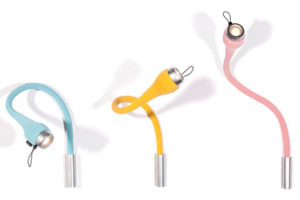 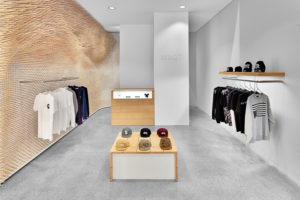 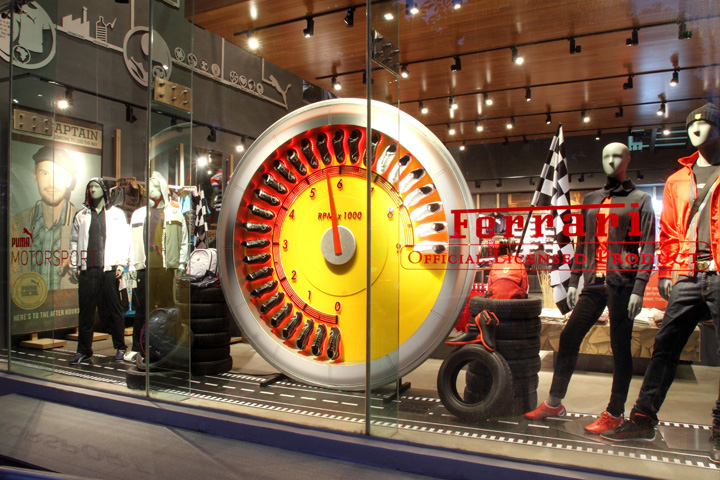 Puma was launching their Motorsport merchandise campaign with the official licensed products from the Ferrari, BMW, Mercedes Benz and Mini. Also as the Indian leg of the Formula 1 Grand Prix was scheduled to begin at the Buddh International Circuit in October 2012, the brand wanted to bring in the connect to their flagship store at Indiranagar. The challenge was to create the VM which needs to be something that the traffic doesn’t miss and therefore had to do the entire thinking in a larger than life process. The design ideation of developing a 3D interactive product VM at the window was intensively detailed and worked out by us. The contents of the campaign as a VM inside the store had to elevate and be experiential to its true essence of the brand. At the window, a feel of the circuit and the race was brought in by installing a 9 feet speedometer that was created in 3D with LED lights to draw the attention to the window on the high street. The speedometer is made up of an acrylic backing cut 3D letters with LED lights. The needle is made of acrylic and was made to move as in the speedometer with an inbuilt motor. The Puma Ferrari merchandise shoes were used in the periphery of the speedometer as in the logo. The installation had a track put in the floor as a graphic and elements of tyres, flags were done keeping in mind on how to bring in the experience of the F1 sport live in the store. The mannequin dressed in the motorsport merchandise all together makes the window experiential. The theme has been extended inside the store to continue the excitement from the storefront into the store with installations of the motorsport cat in 3D & Ferrari car in red acrylic. The F1 track from the entrance directs the customer to the merchandise on the first floor. We have intentionally created a finish line for the customer as they get to touch and feel the motorsport merchandise range. This is made out of a floor graphic vinyl and laminated on the floor. The 6 feet F1 acrylic car has been a great challenge for the design team to make an assembly. The material used is acrylic 8mm thick panels which have been laser cut as per the components of the car and the entire assembly works like a jigsaw puzzle. Minute details have been looked into making of the finished car. The motorsport logo of the cat has been made in 3D cut acrylic and vinyl print has been pasted over to bring in the live cat kind of a feel into the merchandise zone. 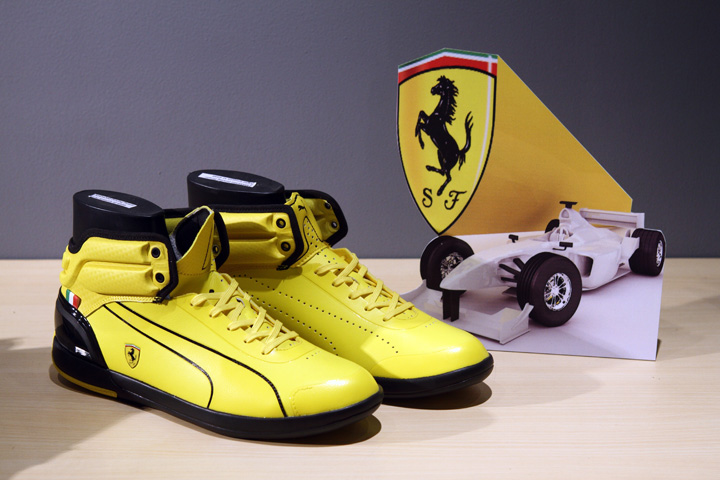 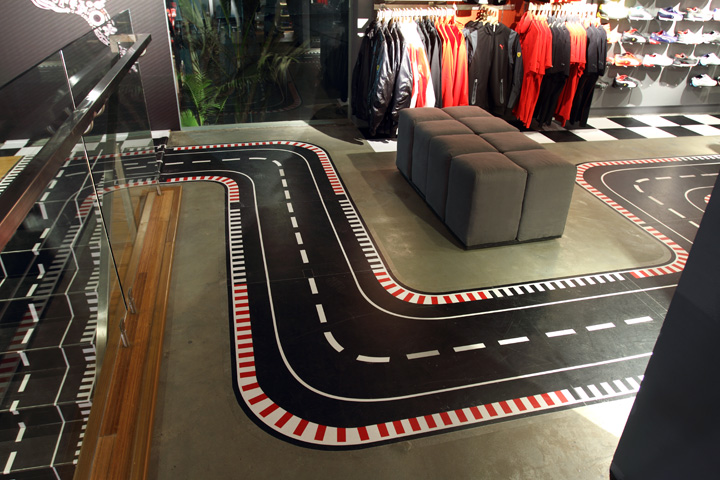 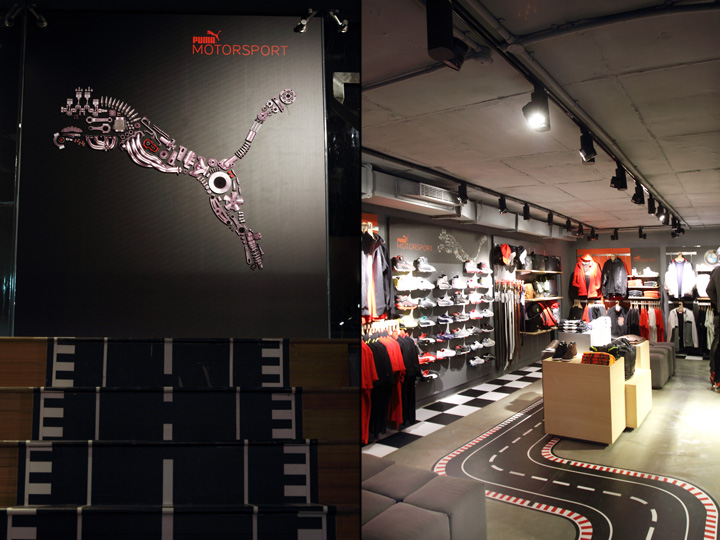 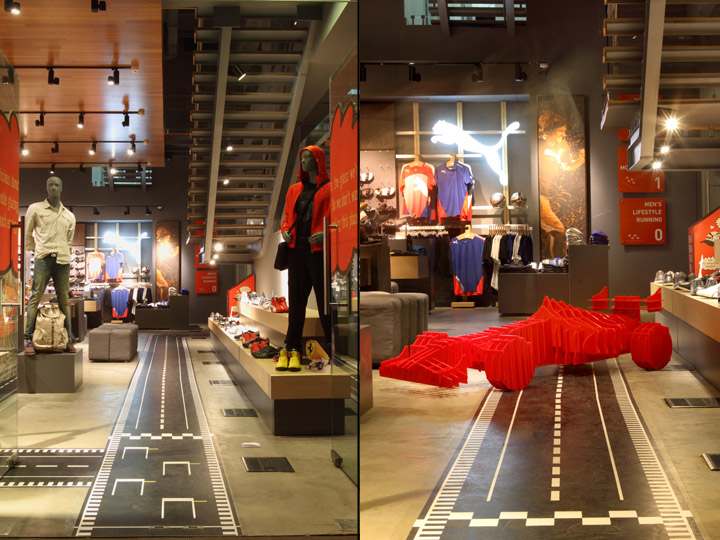 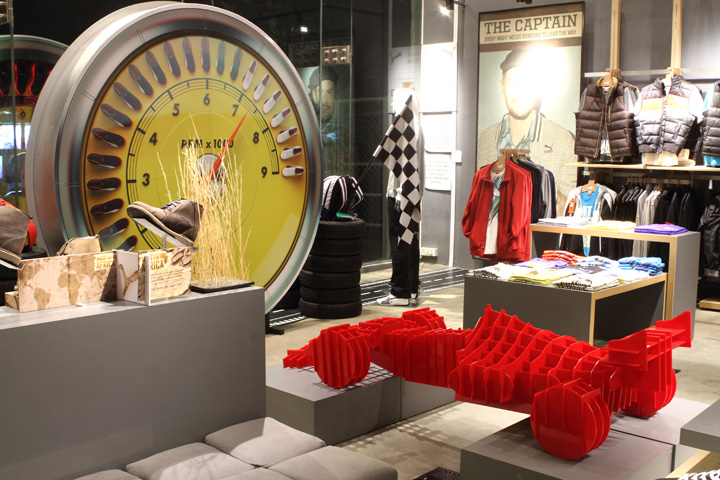 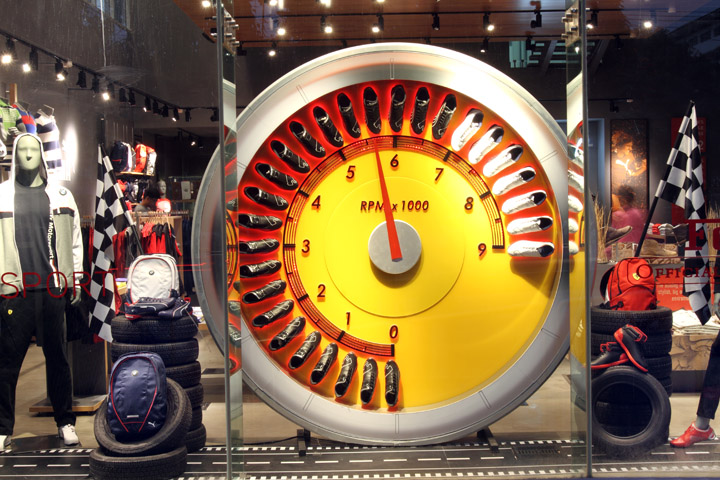 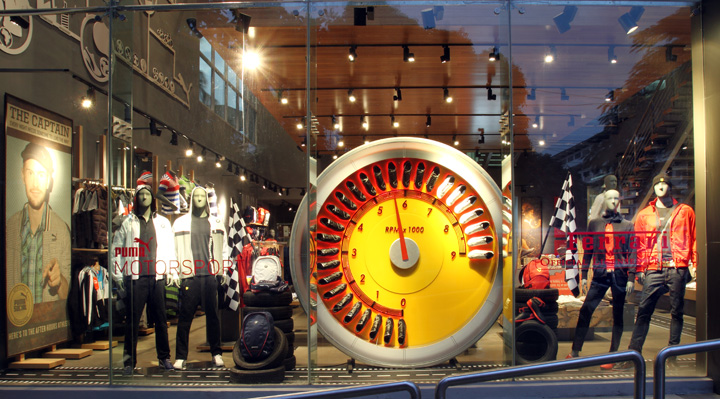 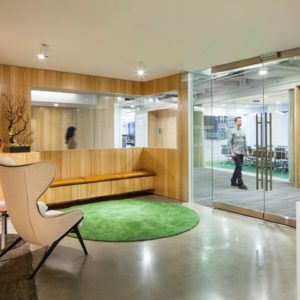 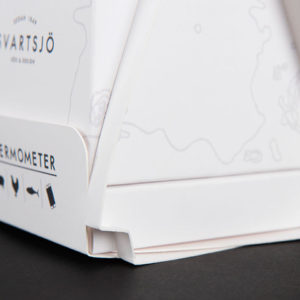 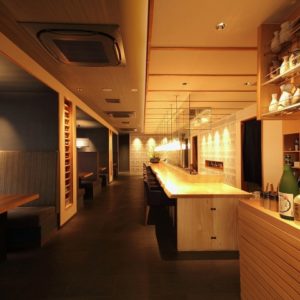 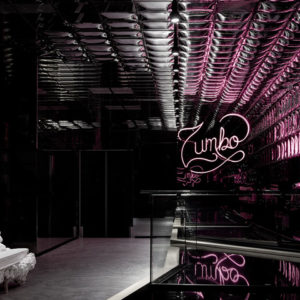