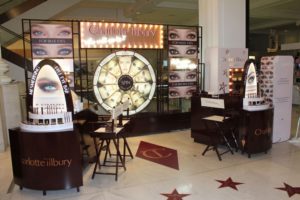 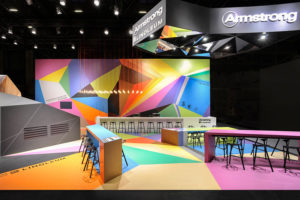 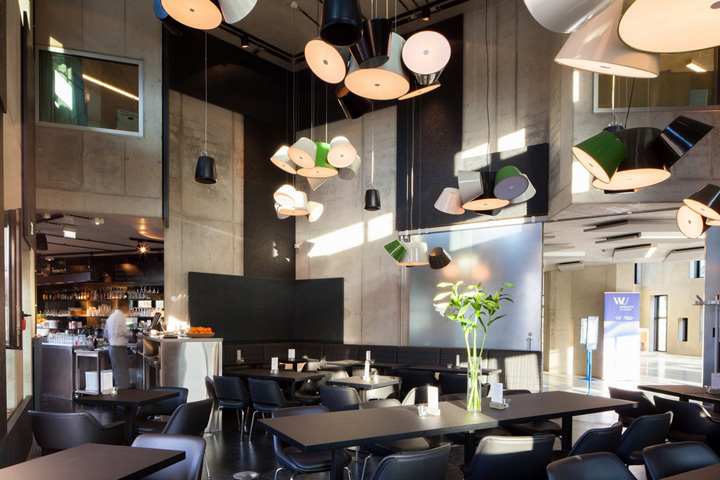 The cafeteria and restaurant are located at the entrance to WU Campus in the „Executive Building”. The spacious garden terrace in front of the cafeteria Comida y Pan is to be seen from the subway station. The bright design and the huge white lamps should not only serve as symbols for recognition, but also invite the guests from afar to stay. The white wooden set up on the terrace is inspired by the Vienna Prater-flair and works as a subtle reminder of the near surrounding of the WU Campus. If the garden is a link between the near Prater and the cafeteria, the strict separation of indoor and outdoor is repealed by many windows and sliding doors. By generous windows the cafeteria is not only connected with the garden but also with the rest of the building. The height of the guest room in the cafeteria is particularly set in scene with unique hanging lamps. A cozy little room has been set up at the end of the bar, which can also be used for private events. Previous door frames were used as bottle racks, which separate the private booth space from the rest of the cafeteria and still maintain a connection by being mostly transparent. The bottle racks can also be found in the restaurant Comida y Luz on the sixth floor. They direct the visitors not only through the entrance into the dining room, but also from the guestroom to the roof terrace. Two large concrete pillars that were already present in the building were fully integrated into the design of the bar area. They now mark the beginning and the end of the bar and function as a carrier of menu boards. Three large sofas form a contrast to the rest of the seating in the room, which otherwise consists only of chairs. Large windows on the exterior wall offer a breathtaking view over the near Prater and the city center. To show the unity of the cafeteria and the restaurant on different floors, similar materials were used in both rooms. In both the pre-faced concrete walls were kept and all the wiring was installed in open. The different sizes and different highs and wideness of the windows were arranged by acoustic panels. Based on the design of the entire building the panel- and window-arrangements play with different depths. In addition even the choice of coloring – dark inside, outside light – is based on the color choice of the building. Despite frequent allusions to the design of the entire building, many factors have been reinterpreted in processing. 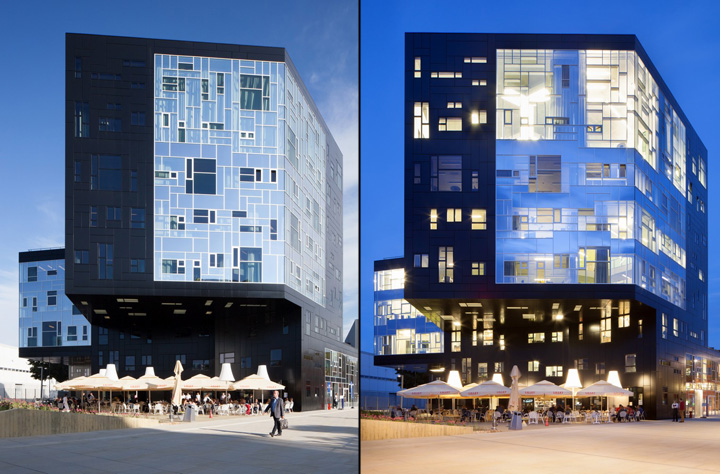 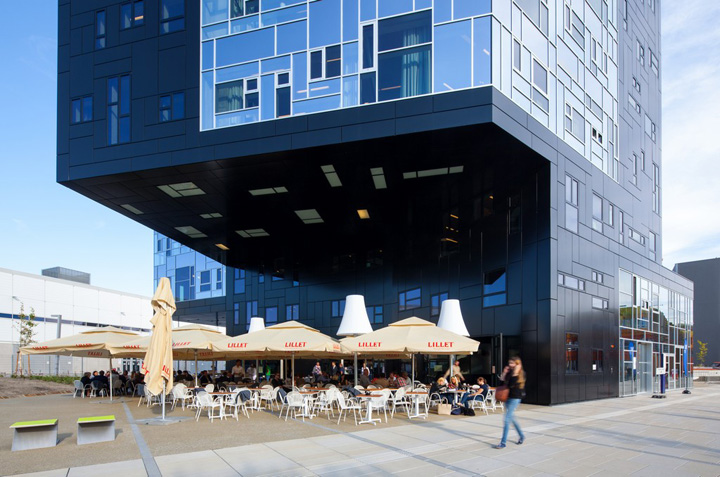 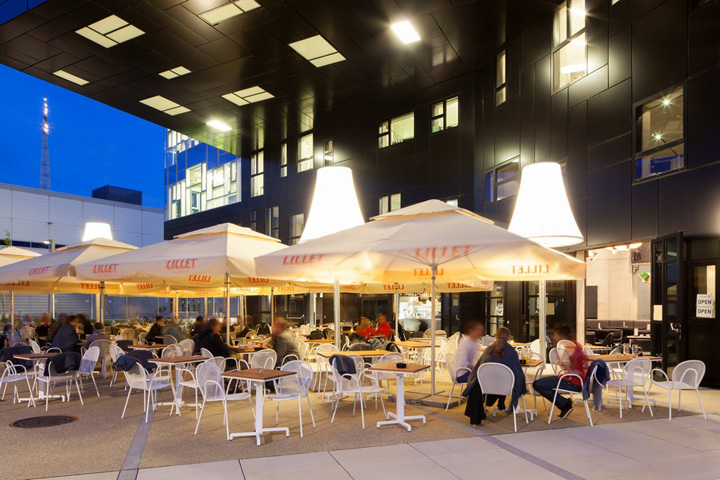 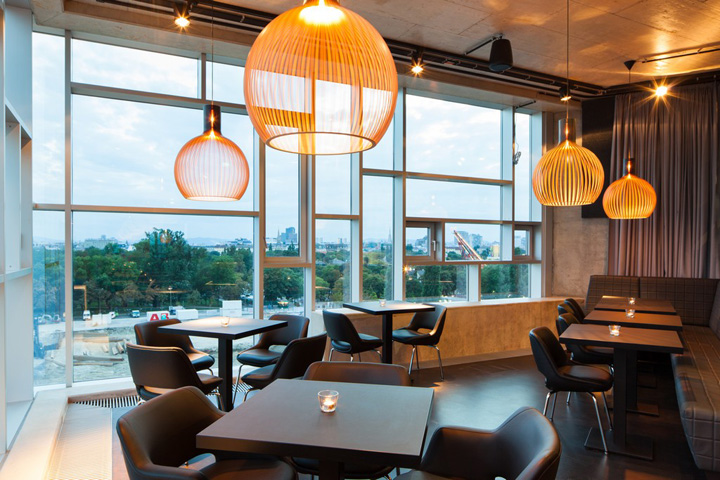 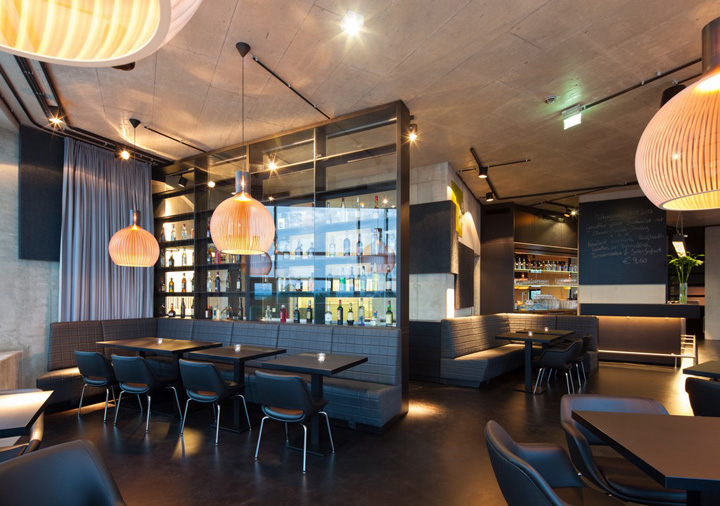 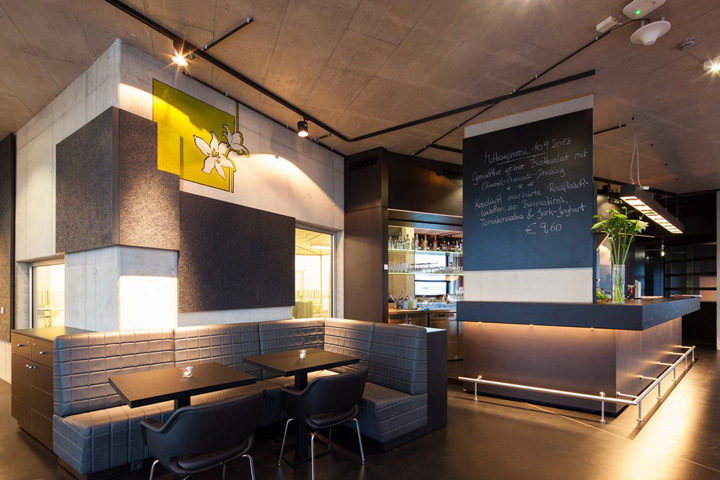 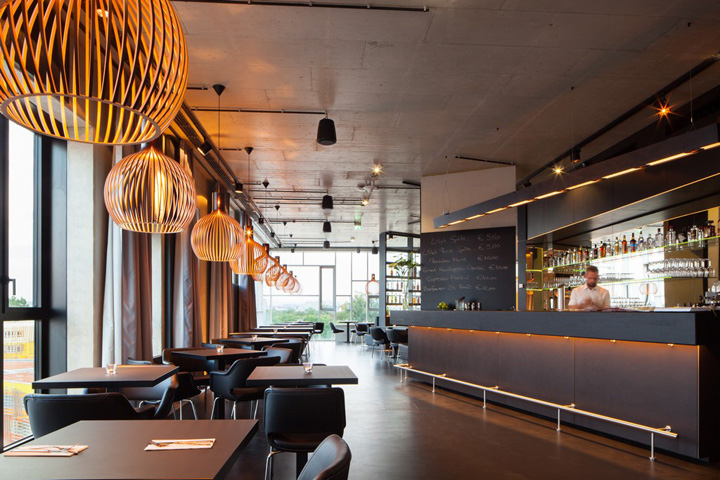 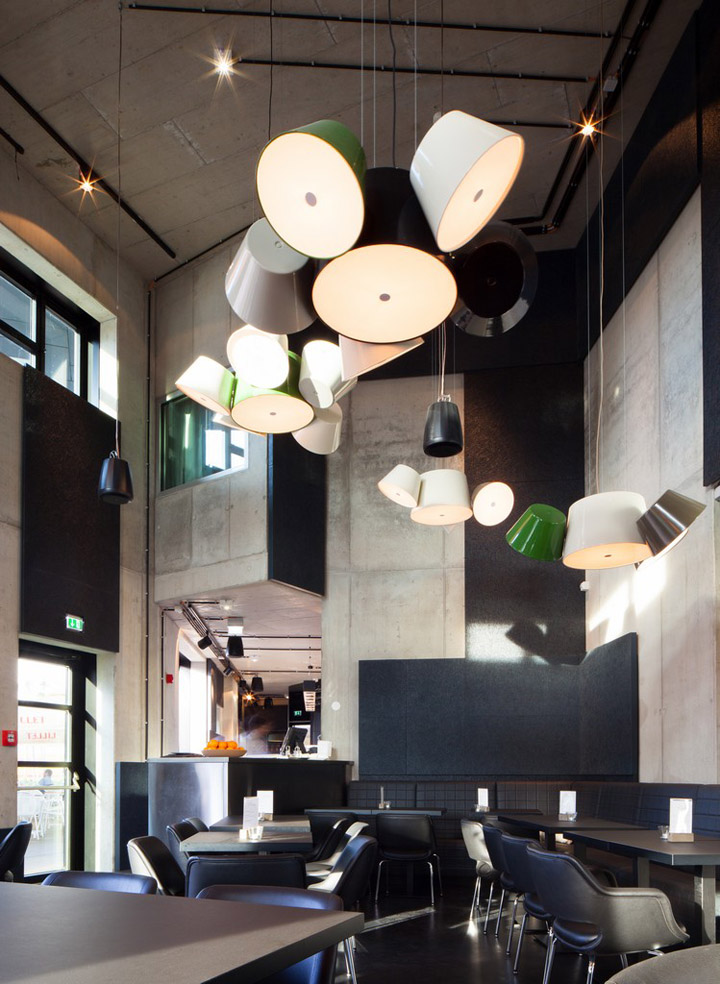 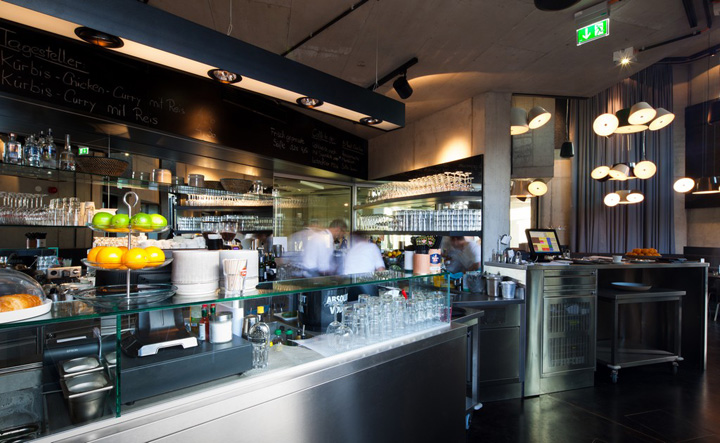 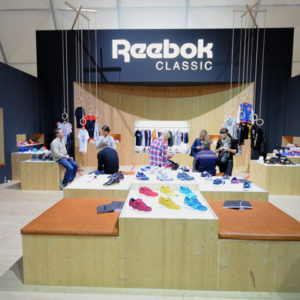 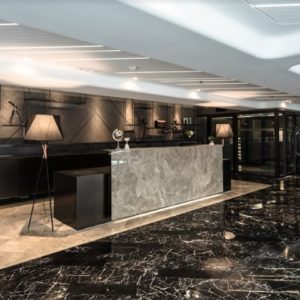 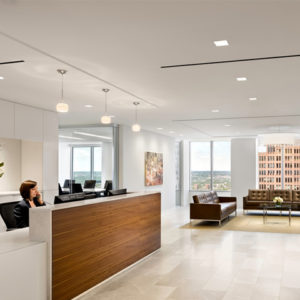 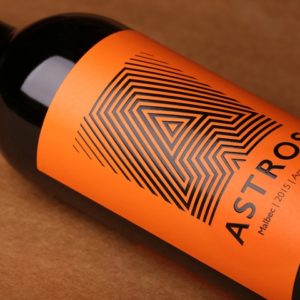