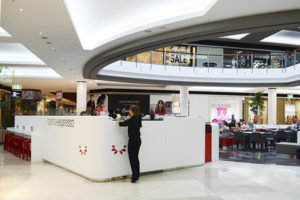 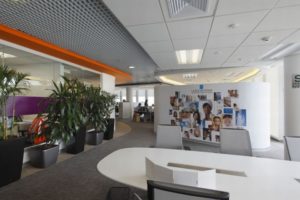 HEXACOMB stand by MADE BY SUPERIOR, London 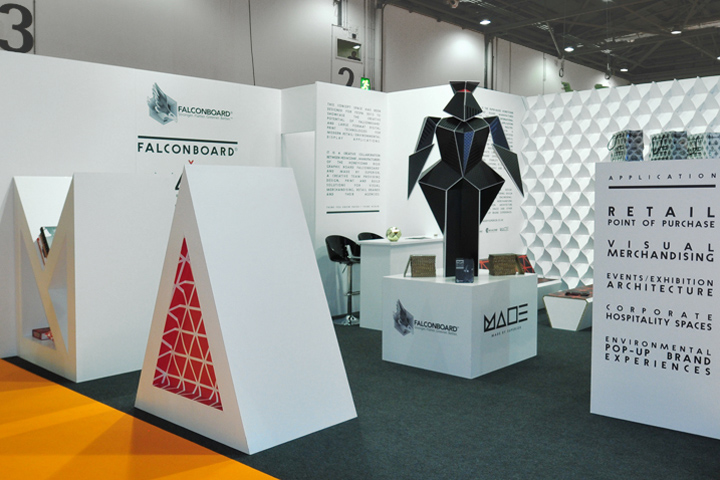 FESPA is a global, landmark exhibition for the print industry and this year it was held at the ExCel Exhibition Centre in London. MADE BY SUPERIOR were approached by one of the exhibitors, HEXACOMB®, manufacturers of Falconboard®, a 100% paper-based graphic display material, to design and build an exhibition space that could showcase the creative potential of their product. MADE designed the 6m x 6m space as a minimal retail ‘lounge’ with shelving, a hanging rail, sofas and a rather imposing, geometric mannequin. The twist was that everything on the stand, including the walls, was built using the Falconboard®. The minimal appearance and sharp, modernist clean lines were intended to draw closer attention to the quality of the material itself rather than relying on distracting surface graphics. The intention was to demonstrate the flexibility of the product for use in a retail environment or visual merchandising context. The design was an extension of a previous MADE BY SUPERIOR project, the GEOMATRIX surface design system (previously featured on this blog). MADE also designed the supporting promotional collateral including identity, T-Shirts, Sample swatches, gift bags and a 12 page booklet (containing art directed photography also shown here). 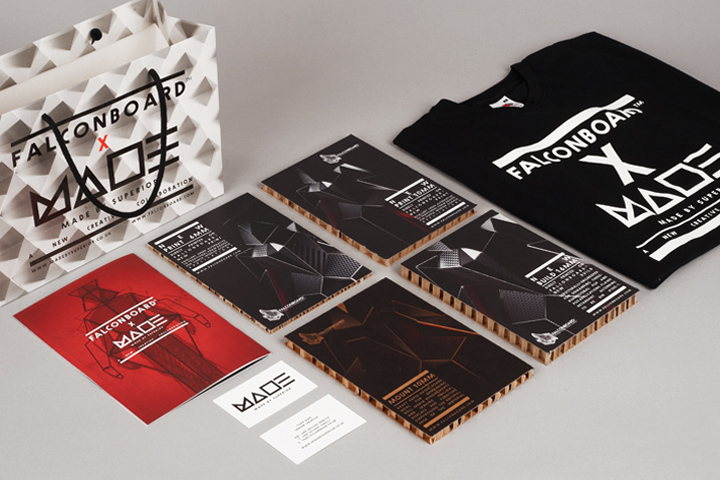 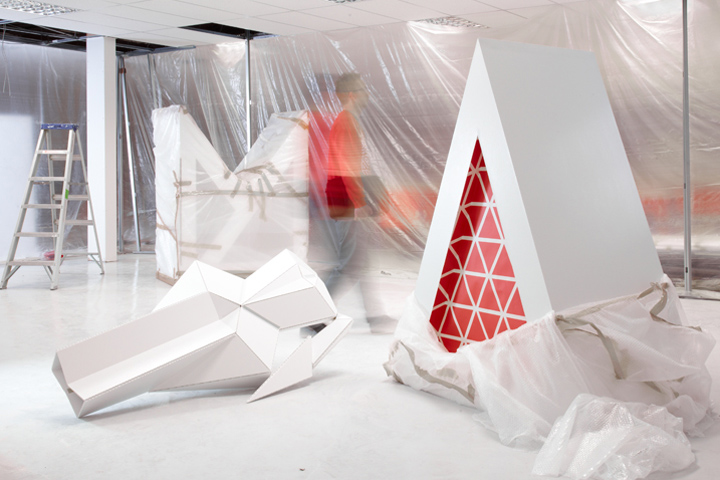 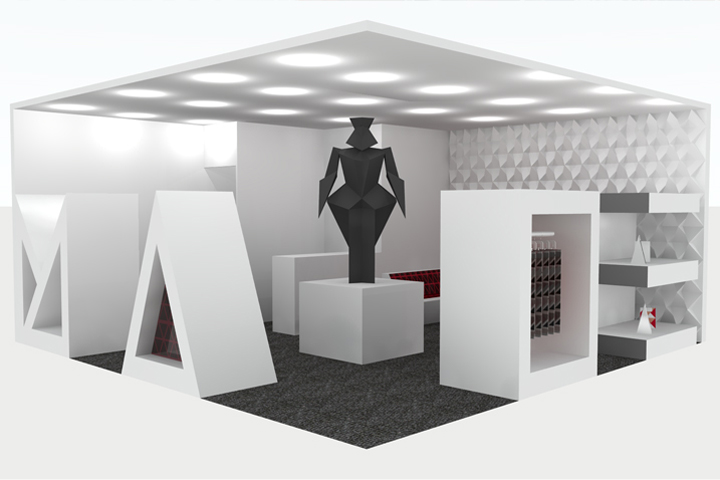 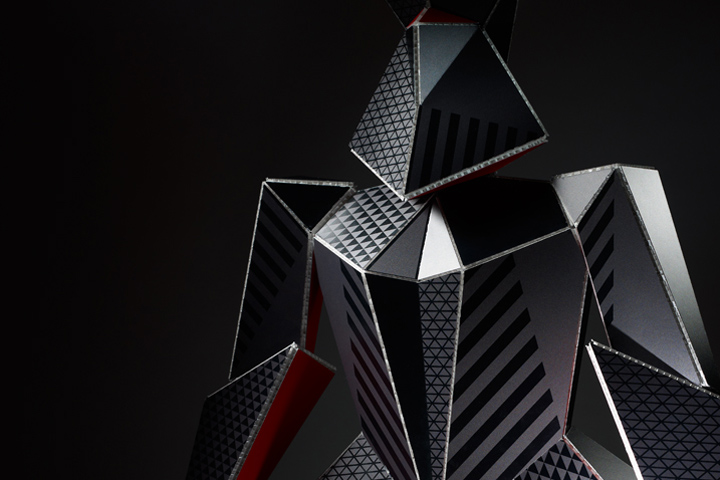 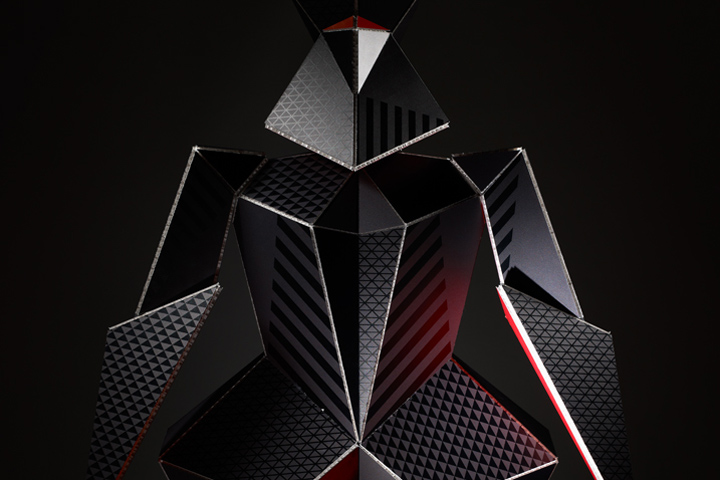 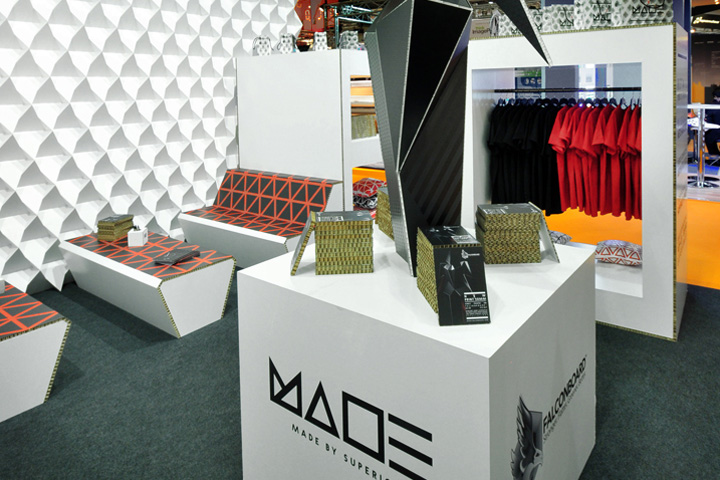 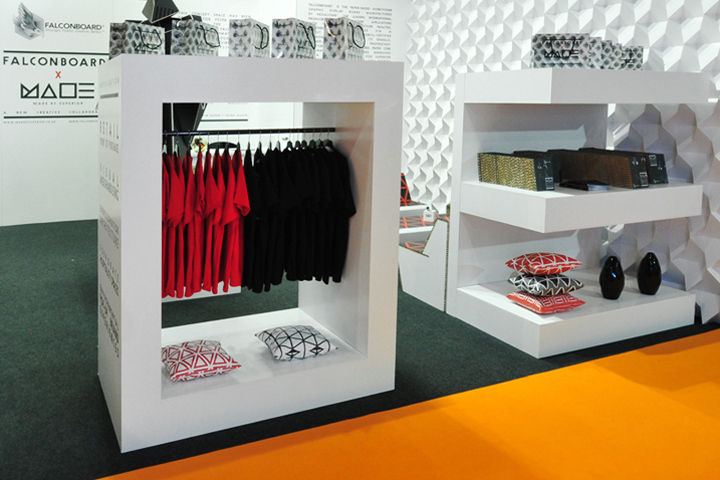 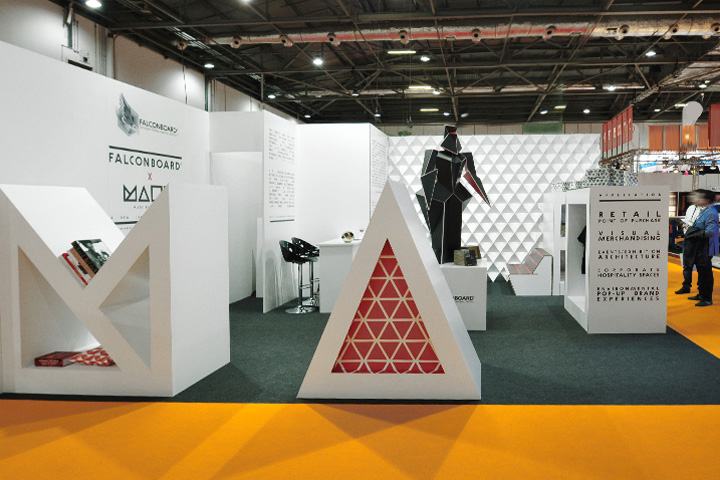 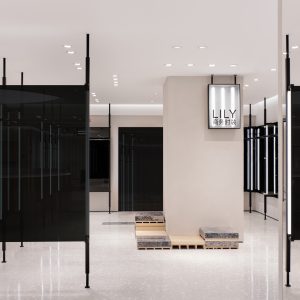 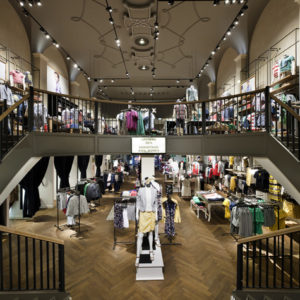 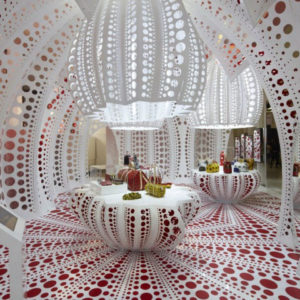 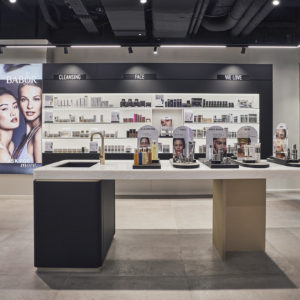