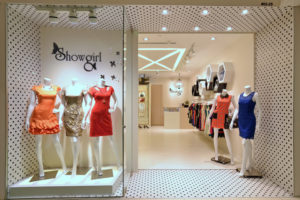 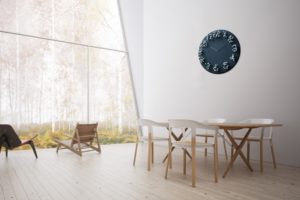 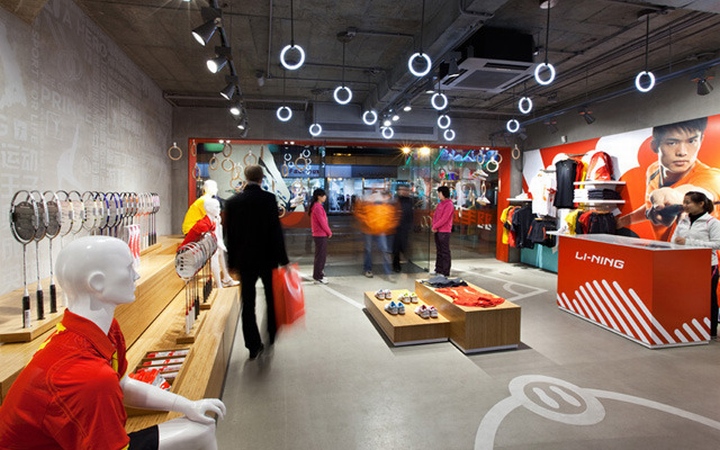 Li-Ning’s top position in the sporting gear market began to shift when a change in Chinese trade policy allowed international brands such as Nike and Adidas into the country. Once the most successful Chinese athletic brand in China, competition from local upstarts was also eroding Li-Ning’s market share. The company’s target consumer was also changing. Li-Ning sought Ziba’s expertise to help understand its target consumer and redefine its brand promise and design a retail experience relevant to a new generation in China. Sport for life.
Mr. Li Ning, the company’s founder, gained enduring fame winning six medals in gymnastics at the 1984 Summer Olympics. His historic feats are a source of national pride and an integral part of Chinese sports culture. Li-Ning, the company, had built itself up by selling a representation of western sport under a Western-style brand that resonated with its original audience that had celebrated Mr. Li Ning’s success. Chinese youth, however, though familiar with its founder’s achievements, were uninspired by the company’s message. We needed to gain a new understanding of modern Chinese consumers. Four months of intensive research gave us insight into this new generation. Chinese youth are overwhelmed by choice and actively seek role models and cultural cues to guide them to meaningful experiences. They see sport as an expression of modernity and a social endeavor rather than a path to individual success. They are skeptical of Western companies’ efforts to market to them by applying Oriental symbols to existing products and spaces. The Li-Ning retail experience needed to evoke Chinese heritage, while also conveying modernity and an understanding of the role sport plays in today’s China. By China, for China.
The Li-Ning Retail Strategy integrates brand story, merchandise, store layout and service into a holistic brand retail experience. It shifts Li-Ning’s role from “fast follower” of Western competitors to authentic Chinese brand, built on the Chinese approach to sport as social participation over the Western notion of elite performance. Stores are envisioned as social hubs where Chinese youth can shop in groups, play, and discover new trends. Specific programmatic elements support this: stadium bleachers and centrally-located fitting rooms facilitate social interaction; a dedicated shoe studio encourages shoppers to try on shoes together; a recurring gymnastic ring motif in store fixtures references the founder’s past as the people’s Olympic champion; and an interactive gaming wall invites shoppers to test their athletic skills and provides product recommendations to support the way they play. Success: Beyond expectations.
The retail strategy has already been implemented in three stores in Beijing and Tianjin. It will be applied to Li-Ning’s remaining 7400 stores throughout China on a rolling basis, throughout 2010 and 2011. After three months in operation, some store sales have dramatically surpassed expectation. 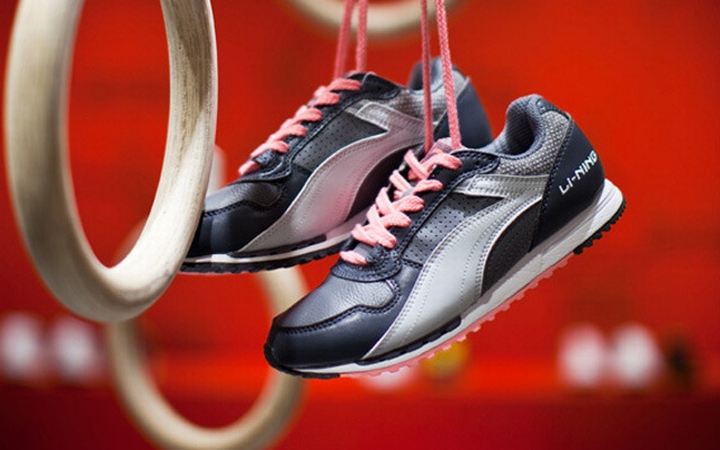 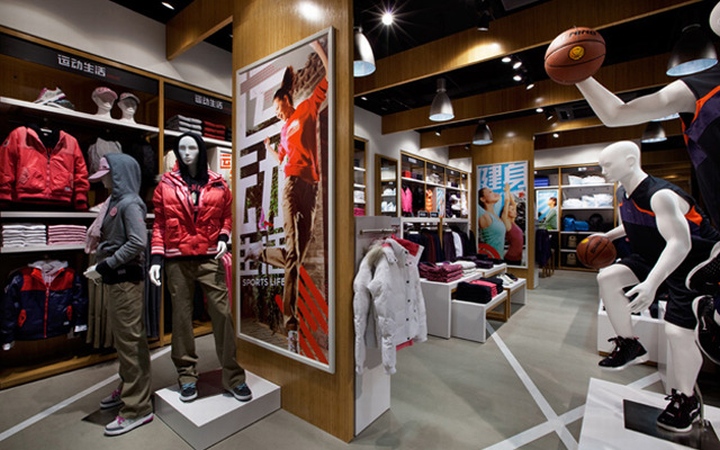 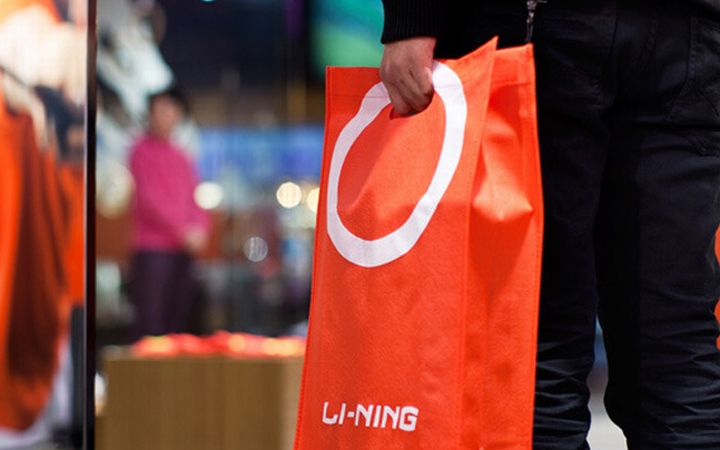 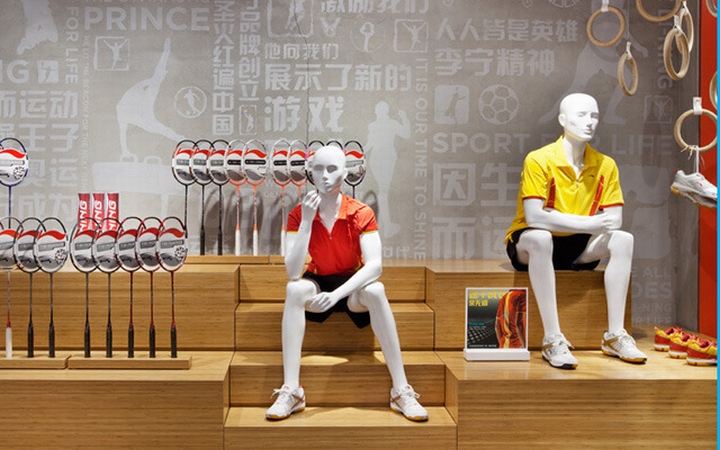 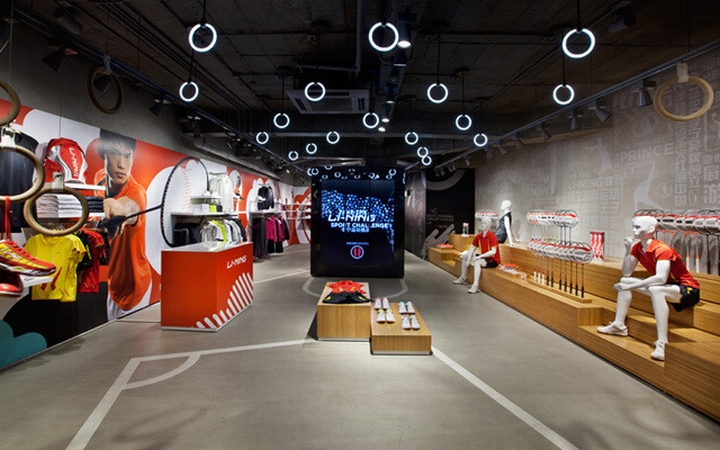 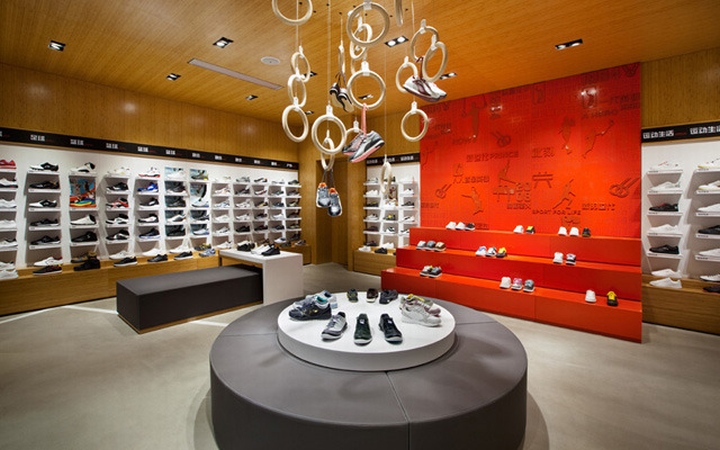 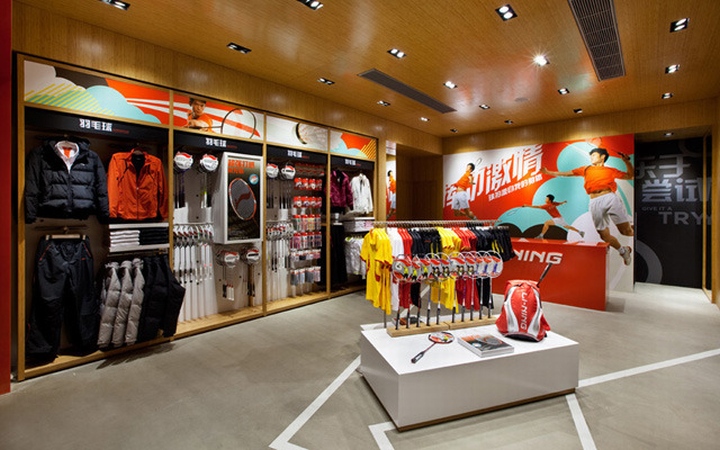 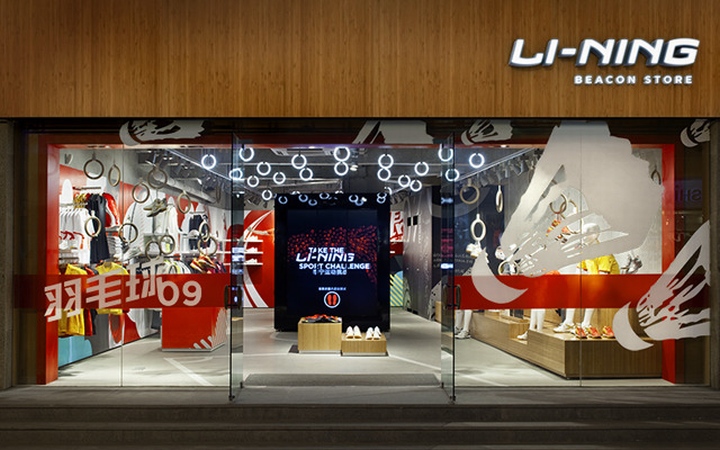 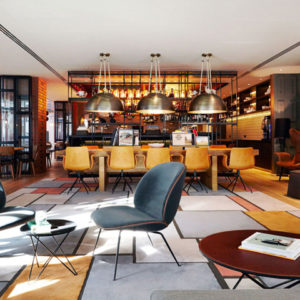 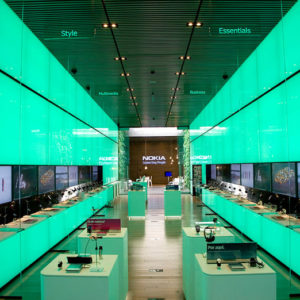 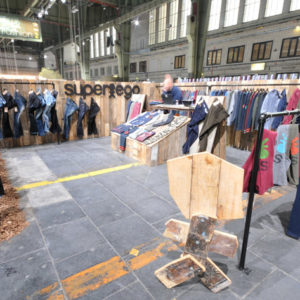 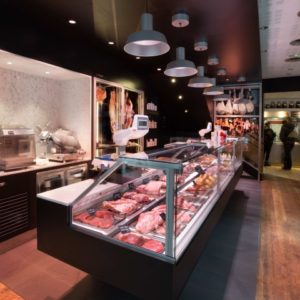