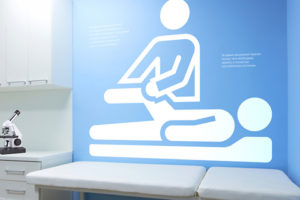 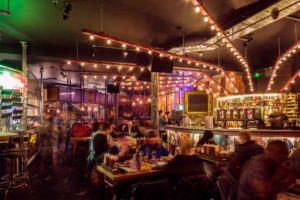 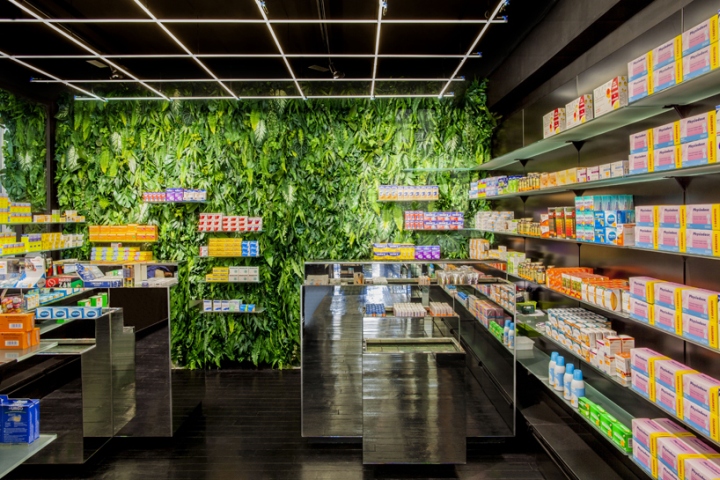 Collaborating with Michael Zazoun, José Lévy revisits how conventional pharmaceutical retailers are established, with his design ‘MaPharmacie’, in Paris. Zazoun, a pharmacist by day/advice radio columnist by night, has teamed with designer José Lévy to reinterpret the drugstore. ‘MaPharmacie’ (my pharmacy) differs from the sterility associated with the medical industry and promotes an engaging apothecary. Reflective surfaces and bright lights illuminate the space to create a more lively, almost arcade-like, setting. The stockroom at the rear of the shop, is separated by a plant wall to symbolize the role of a shaman in the rainforest. Various colorful tiling on the floor, is anything but your standard white, and features green marble from Guatemala. A grid of neon lighting is suspended from the ceiling in a more contemporary form and glimmers in every direction from the shelves which are covered in mirrors. After the first success in Bastille (2010), Lévy hopes to create a new model for pharmacies that have more personality, for a global market. 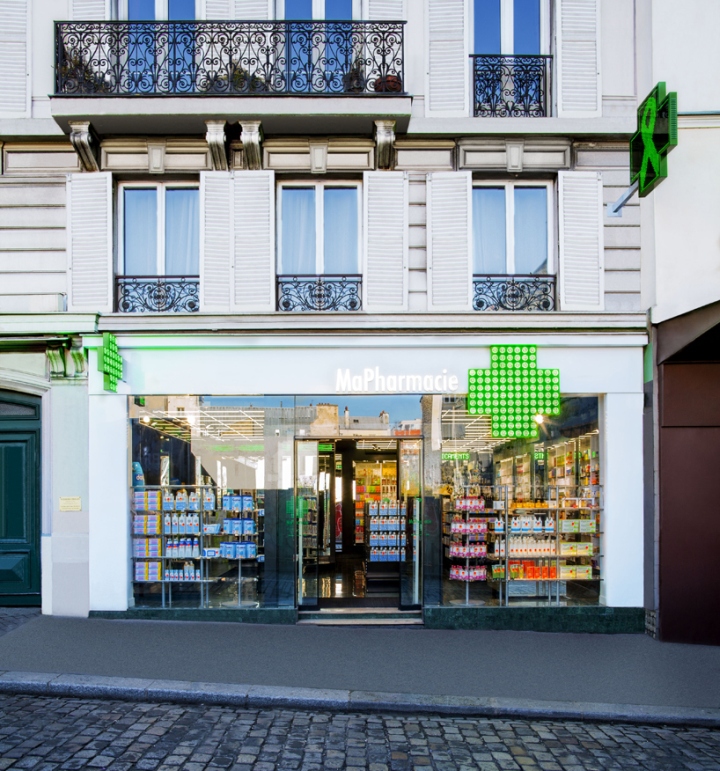 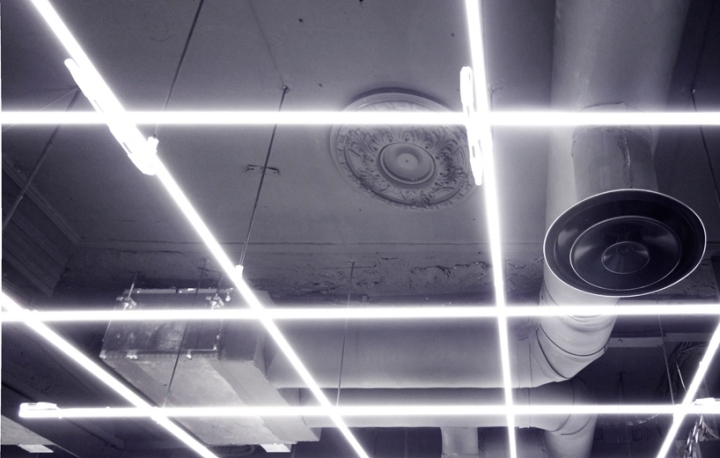 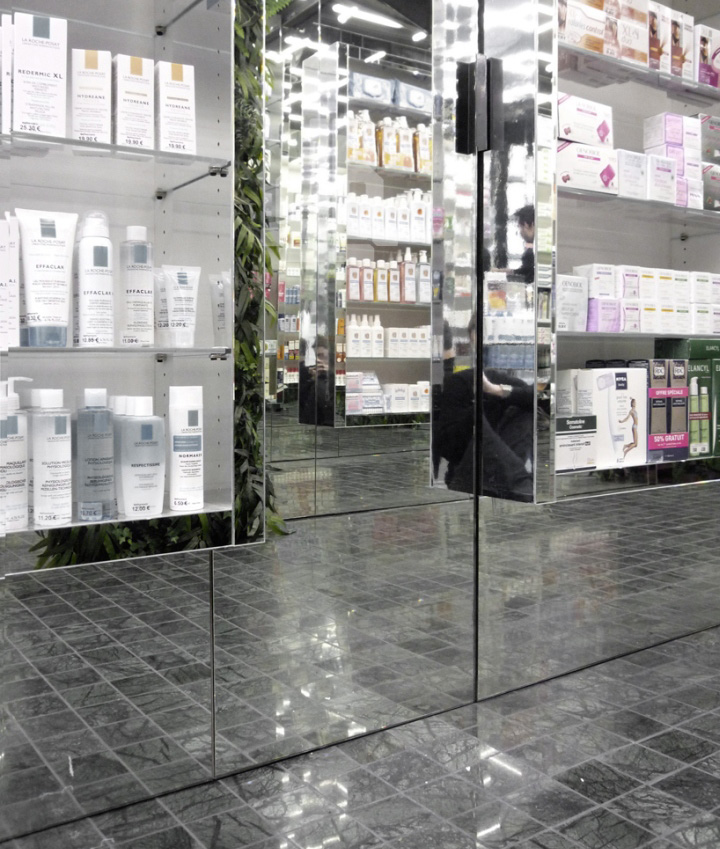 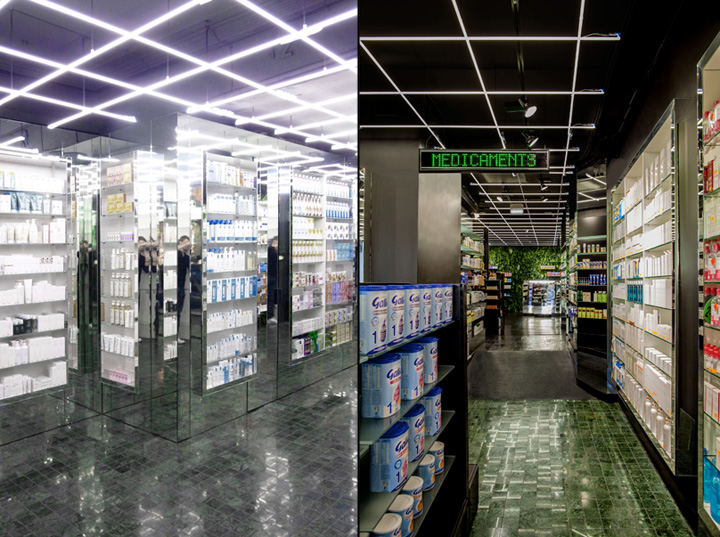 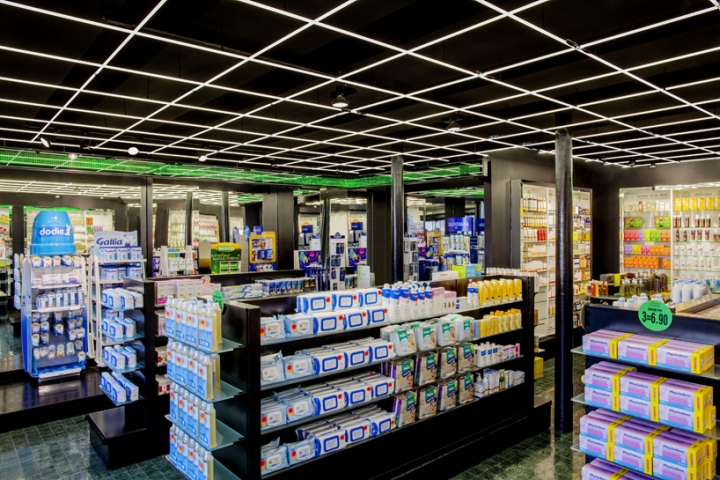 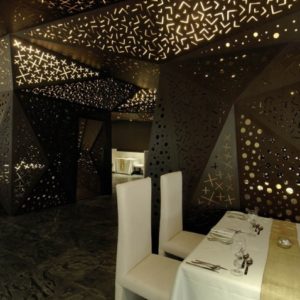 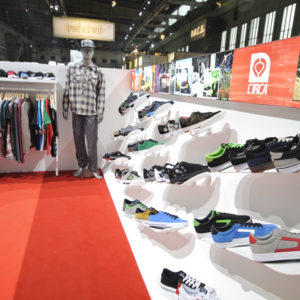 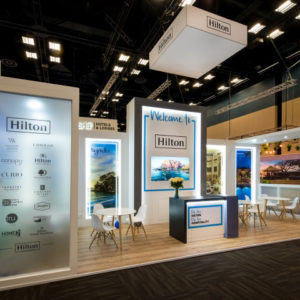 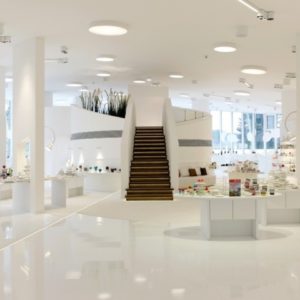