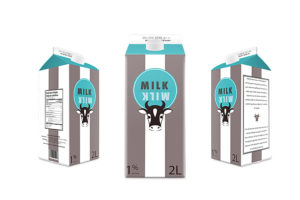 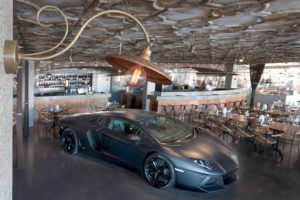 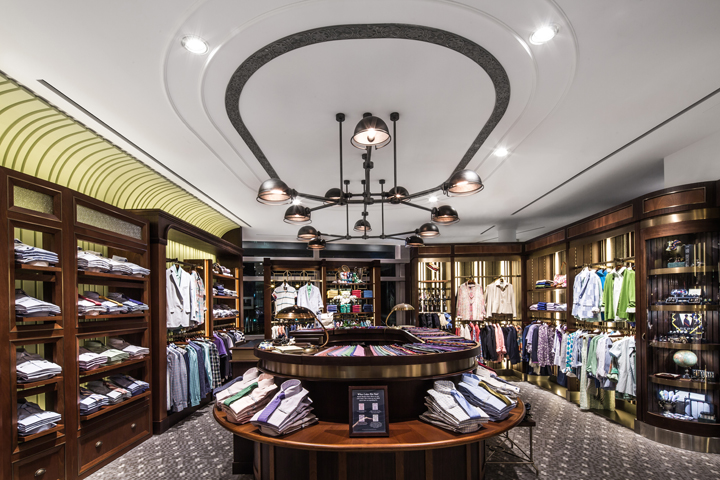 Stefano Tordiglione Design captures the long-standing traditions of esteemed clothing brand Brooks Brothers in IFC with the new concept design. Visitors to the Brooks Brothers retail store at Hong Kong’s IFC take inspiration from the nearly 100 year old Brooks Brothers flagship store at 346 Madison Avenue in New York City. The atmosphere of the Hong Kong boutique reflects the interior of the 346 Madison Avenue flagship store. The exterior stucco plasters surrounding the columns, capitals and window are inspired by the iconic flagship, while the interior ceiling is also reminiscent of the signature building. Brooks Brothers worked in tandem with Stefano Tordiglione Design to bring the traditional spirit of the brand to its Asian location. A central cash bar greets customers as they enter the store providing a club-like atmosphere for gentlemen and women alike. Many of the store fixtures and decorations are antique, crafting a truly unique shopping environment in keeping with the Brooks Brothers legacy. Furnishings in American walnut and Chicago cherry add essence to the heritage of the brand. Brooks Brothers is not only a clothing brand, but has become part of the American narrative. The brand has the distinction of outfitting 39 out of the 44 Presidents of the United States. Known for its strong heritage, Brooks Brothers is nevertheless continually pushing boundaries, a position Stefano Tordiglione Design has sought to reflect with touches of modernity in the store’s design. Above the bar is an industrial-styled chandelier, while the fitting rooms feature another flare of modern design. Brooks Brothers, America’s oldest retailer was established in 1818 by Henry Sand Brooks. From its humble beginnings in New York City at 116 Cherry Street, to its position today as a global purveyor of American style, Brooks Brothers has continued to influence and innovate fashion. To showcase Brooks Brothers’ as a fashion innovator with its many product introductions and high quality craftsmanship, Stefano Tordiglione Design placed large-scaled photographs zoomed-in on shirts to highlight the milestones that the brand has introduced to the fashion industry such as the first ready-to-wear clothing, the button down dress shirt and non-iron shirts. Tradition continues elsewhere in the boutique with a mosaic floor handmade in Italy adapted and redesigned from a classic New York pavement pattern. A Shirt Wall displays one of the brand’s signature products in a skeletal backless unit, so that the array of shirts appear to be floating. The pale green, striped walls take their inspiration from an apartment on Park Avenue, one of the oldest and most luxurious of its kind, while on the facade, a geometric pattern is reminiscent of a classic window pane design of a 20th Century mansion situated on the Gold Coast of Long Island in New York. The motif is interspersed with the brand’s prominent Golden Fleece logo. With these grand references there is a sense of luxury that Brooks Brothers has sought to reinstate in the brand. As the brand approaches its 200-year anniversary, Stefano Tordiglione Design ensures that the newly renovated store captures the spirit of the brand and enhances its identity. It keeps the strong traditions and DNA of the brand and solidifies Brooks Brothers as an international retailer. 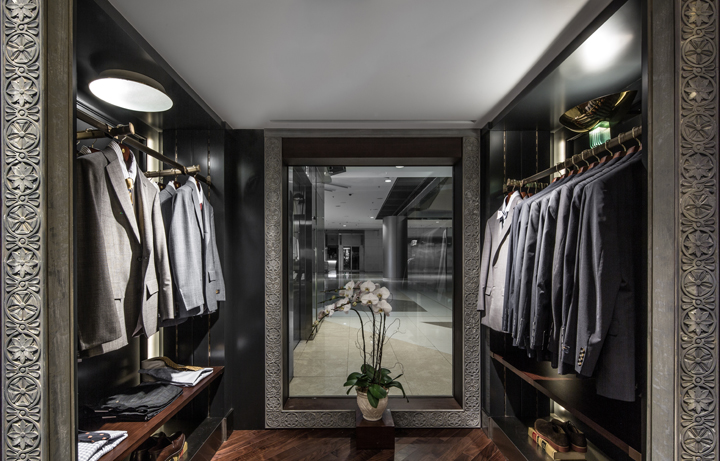 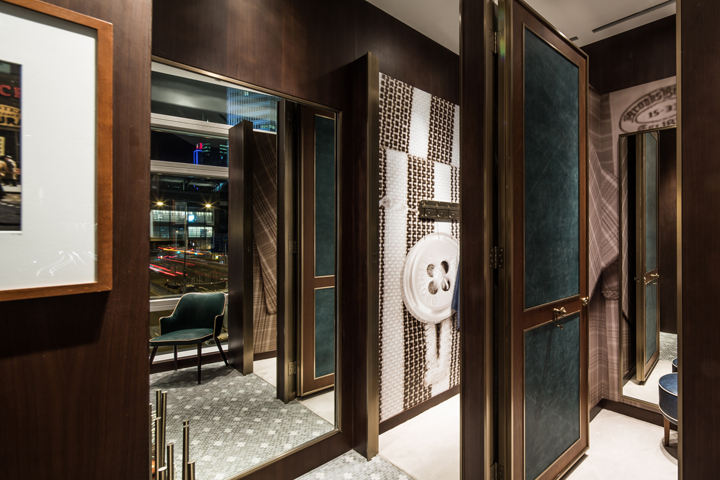 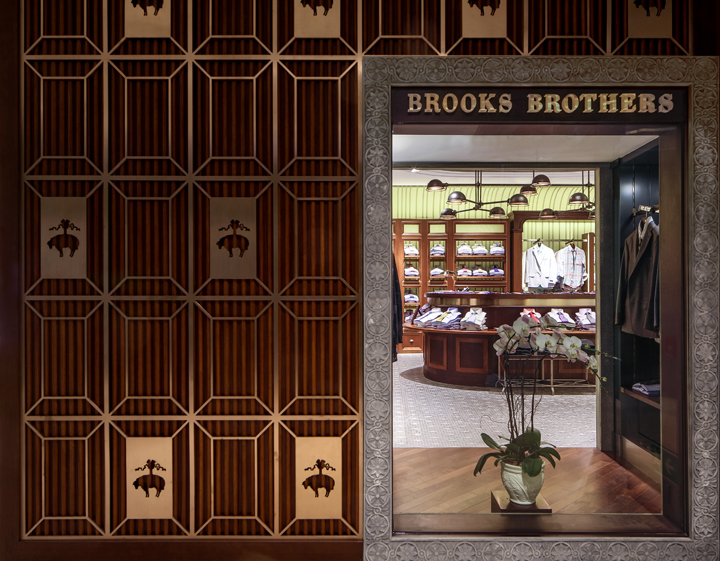 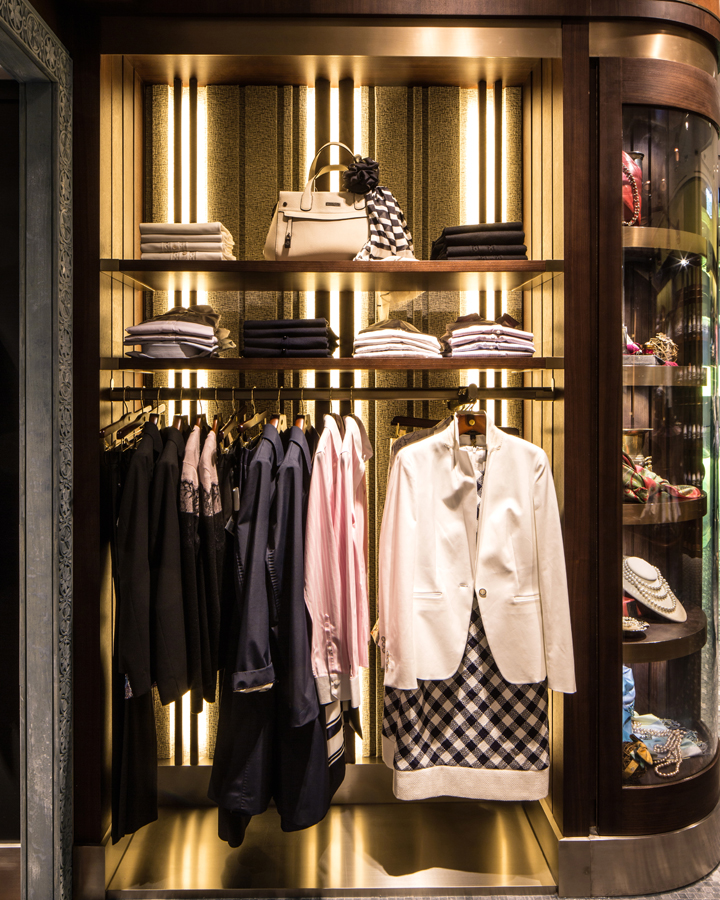 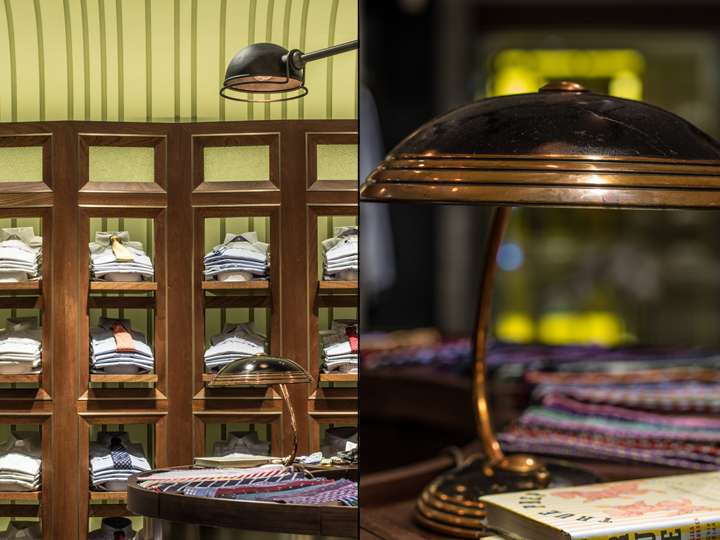 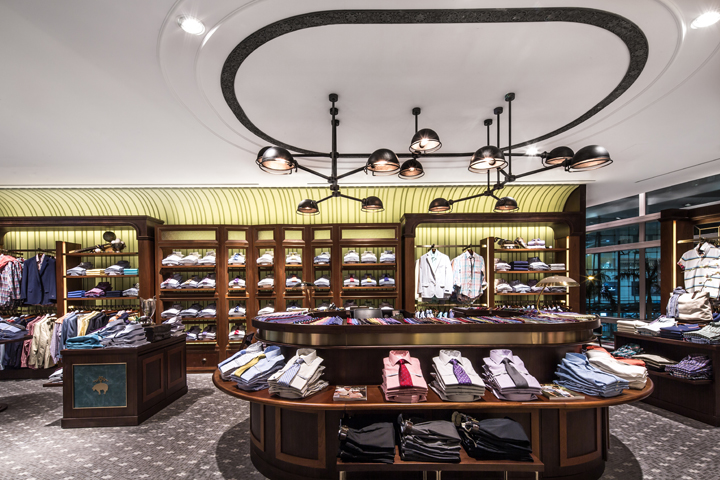 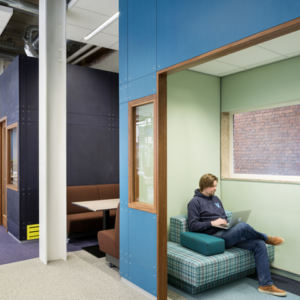 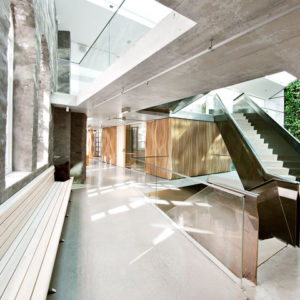 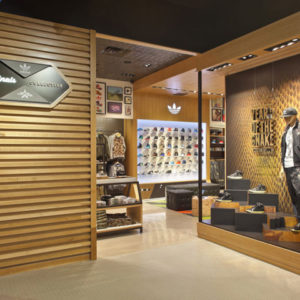 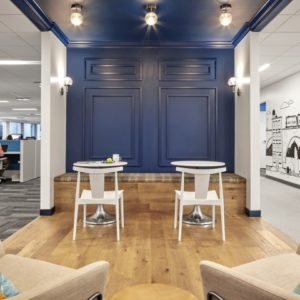