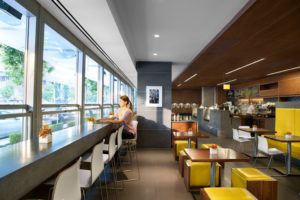 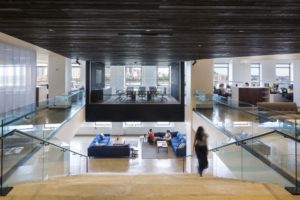 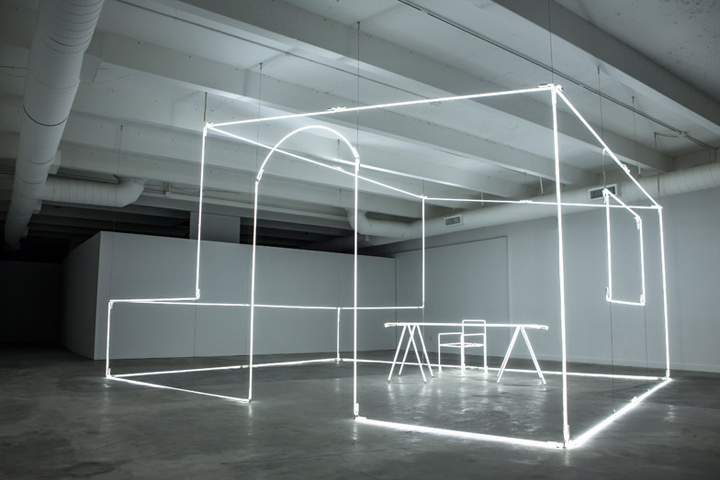 Design Miami 2014: Italian artist Massimo Uberti has bent neon tubes into the shape of a room for an installation commissioned by British motor company Bentley. Conceived by creative agency Campbell-Rey, Massimo Uberti’s Light installation comprises a series of glass pipes that trace the outline of the edges and corners of a habitable space. “I like to create architectures of light,” said Uberti. “I employ neon tubes to build places for poetical inhabitants, trying to create dream-like spaces that allow for reflection.” The neon tubes also create a doorway into the room and a window frame that appears to hover in the centre of one of the walls. A trestle table and an armchair – suggested using the same technique – occupy the room and are included to pay homage to Bentley’s “handwork and human touch that goes into the creation of each vehicle”, according to a statement from the company. The illuminated installation in Miami Design District references the neon-lit vehicle audit bays at Bentley’s manufacturing facility in Crewe, England, which Uberti visited prior to the design’s conception. The neon tubes for his artwork were hand-blown and bent in Miami before the piece was installed in a gallery space at 25 North-East 39th Street. Light opened yesterday during this year’s Design Miami event as the first in a series of installations titled Bentley Elements, and will remain in place until 4 December. Bentley launched its own furniture line with a range of sofas, chairs and tables last year. 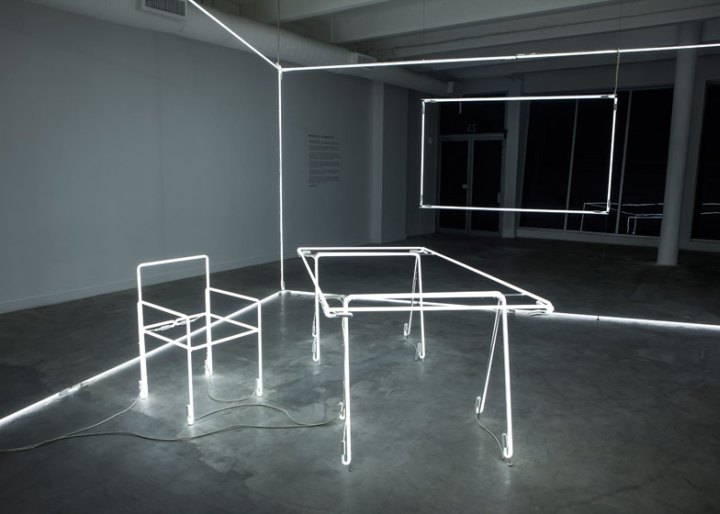 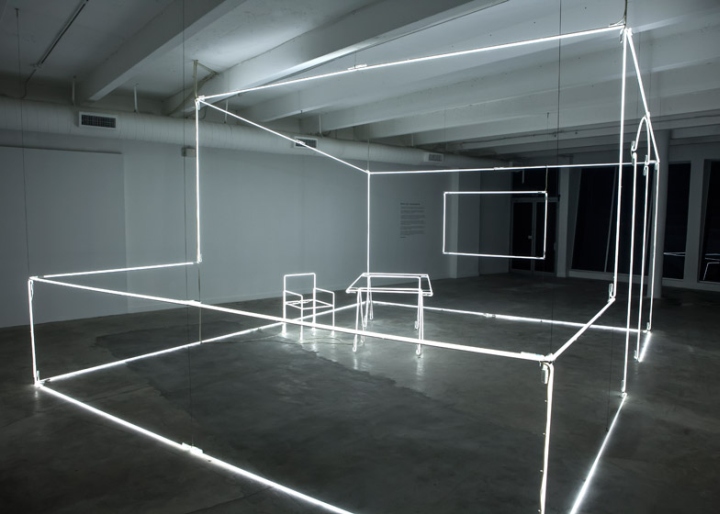 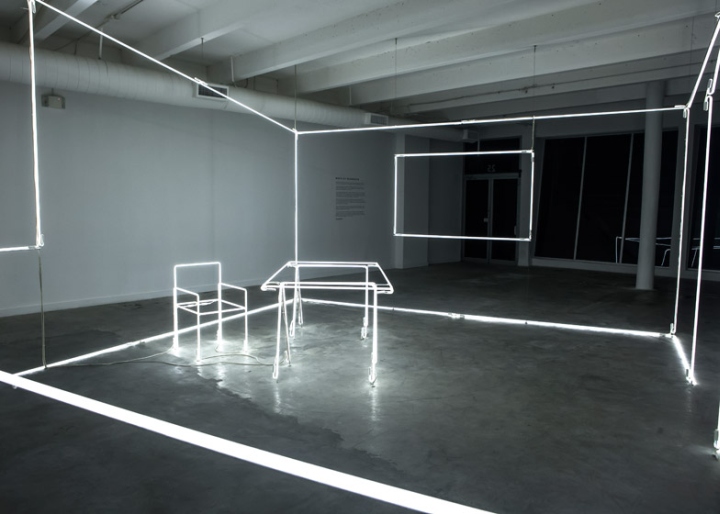 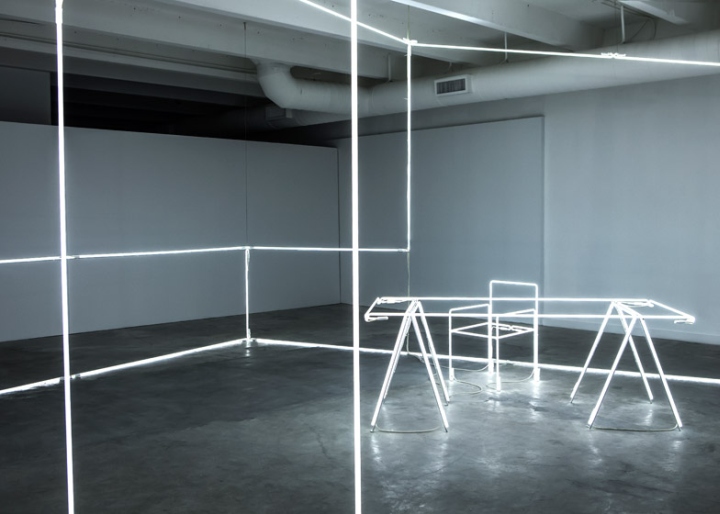 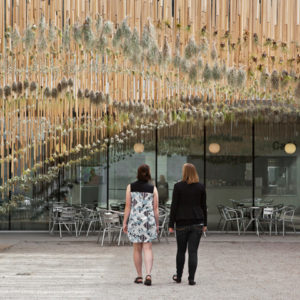 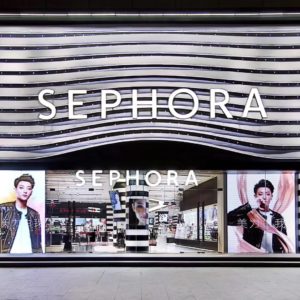 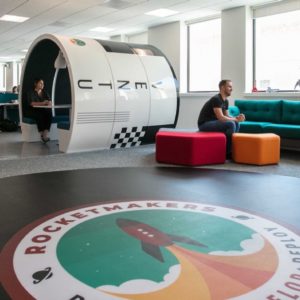 We have lift off: Interaction create New HQ for Bath-based Rocketmakers by Interaction 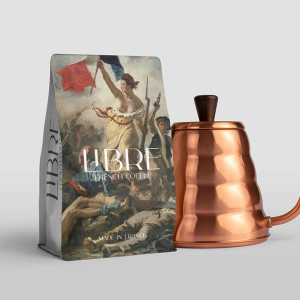