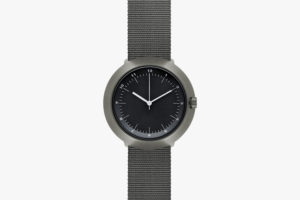 The 25hours Hotel Zurich West was developed with the team of Alfredo Häberli Design Development. The Zurich designer with Argentinian roots was born in 1964 and was named Designer of the Year by Architektur & Wohnen magazine in 2009. He is responsible for countless designs for internationally famous brands like Camper, Iittala, Kvadrat, Luceplan, Georg Jensen, Vitra and Moroso. Zurich West was his first chance to completely design a hotel and combined his well-known products with new, exciting ideas, especially designed for 25hours.

True to the 25hours motto “You know one, you know none,” the new hotel has made it a point to connect itself with the location. The pointedly organized, timeless interior of the first 25hours Hotel in Switzerland greets its guests with its Zurich sophistication, including its generously sized hotel hall, elegant textiles and livable atmosphere. 25hours through and through, but also with its own little wink and a dip in the paint jar. As designer of the hotel, Alfredo Häberli creates surprise with double-entendre and value-added in the different room elements. Looking more carefully, one notices how he subtly questions familiar values and elicits a smile from the guests.

With the working title of “the smile of my hometown” the hotel is riddled with artistic and graphical interventions, which lead the guests out into the new home town of 25hours and into the favorite spots of the design team – beyond banks, chocolate and watches. On the one hand, Häberli and 25hours are declaring their love for Zurich, on the other hand, the hotel becomes a three dimensional city guide in the form of decorations, objects and quotes. The interior becomes a mirror of the city. A tilt of the head, a change in perspective, a look behind the curtains and a sharper view when walking through the rooms, there are surprises everywhere. All allusions “have to do with an elegant form of humor”, says Alfredo Häberli and means his guests, “who with their large eyes, marvel at things like kids.”

In the bar there is a mirror installation in tribute to Zurich’s water, with ship models from the Limmat to the Lake. For whomever didn’t know that Lake Zurich has five islands, they can meet them here: Saffa, Ufenau, Lützelau, Schönenwirt and Haab-Inseli. On sideboards, models of the famous churches of the city: From Grossmünster church with windows from Sigmar Polke and Augusto Giacometti to the Fraumünster abbey with its Marc Chagall windows to the Wasserkirche and St. Peter’s Church with the largest clock-face in Europe. 25hours ticks a little different and that becomes obvious at the latest in the reception area with a special hotel clock: The classic world clock constellation – New York, Los Angeles, Tokyo, Sidney – was summarily and creatively rechristened into the Swiss time zones. Häberli stages Zurich delicacies under glass bells – unfortunately only meant as some inspiring mini window shopping and in anticipation of a real culinary tour. Luxemburgli at Sprüngli? Or confections from Teuscher?

Toblerone from the Duty-free shop, fondue at Le Dézaley by Grossmünster church or the best wurst in the city at Sternengrill? Häberli induces creative impulses and a walk through the hotel becomes an insider tour, always furnished with a playful twist. On the first floor things continue: Meetings take place here in the modern interpretation of a patriarchal Zurich guild room. The wall is decorated with traditional coats-of-arms, but in typical Häberli manner, with irony and hand-drawn caricatures. Beyond this, the topic of drawing receives its own appearance, because for Alfredo Häberli, sketching is crucial to designing. His personal sketch books make up the wall ensemble and reveal derivations and allow participation in the creative work in progress. Once just a scribble, now prestigious and well-known products, after a long period of development, are now ready to be touched and put to use in the hotel.

Like none of the other current 25hours Hotels, Zurich West has a strong design emphasis and displays clear authorship. Häberli’s signature determines the main aesthetic and almost all of the details. “I wanted to design everything from A to Z,” says Alfredo Häberli. With this he distanced himself considerably from the often negatively weighted term Design Hotel and continues: “I wanted to give the hotel a soul and not just a couple of pretty things to put in a building.” The fact that over 60 products were developed and designed for 25hours Hotel Zurich West proves that he took his job seriously. This was also made especially possible thanks to the collaboration with well-known manufacturers. “The fact that over the years we have been able to win the trust of the most important international companies, isn’t necessarily a given. Without their commitment, engagement and dedication the many products would not have been possible. That’s why my big thanks goes to Alias, FSB, Hay, Kvadrat, Moroso and Tai Ping!” says Alfredo Häberli. Daniela Aeberli, responsible for interior architechture at Team Häberli, remembers the unusual start of the planning: “Because of the preexisting project direction, the whole interior concept was developed around the design of the bathroom.”

For all of the designs, the quality of the facilities and the material are an important point. Every tiny detail was thought through and tested and discussed in the planning process. “Nothing was supposed to just be off the rack,” says Alfredo Häberli and with that gives a little perspective into the typical operating method of his design offices. It’s usual to think on a small scale and to work on a door handle for more than a month. Three years to be exact. An example of the results can be held in guests hands with the door handles from FSB. Their design is simple, elegant and has lifeblood. Häberli admits: “I was really invested in the door handles. I really wanted
the grips to be made of the chrome steel from the traditional manufacturer FSB from Brakel. Because the door handles are the first contact guests have to their hotel room.” Door handles have fascinated Häberli since his childhood and over the years he has collected a real treasure of memories of materials and shapes which inspired his design for FSB and allows them their old forged-metal vibe.

Another new Häberli Product is in the restaurant: The Jill Chair came onto market in 2011 and is the first collaboration between Vitra and Alfredo Häberli. The inspiration for Jill comes from a leg splint that Charles and Ray Eames designed for the US Navy in the 40s. Jill reaches back to the beginnings of the molded wood laminate and has explored new technological options. “The chair back is so thin and flexible that it bounces and is so fat that it passed Vitra’s strict strain tests,” explains Häberli. Jill’s frame is also part homage to historical predecessors, but also with a modern flair.

Using the wooden figure BLØK from the Berendsohn company as an example, Alfredo Häberli shows how he can create a certain sympathetic and loving value, which in turn gives the 25hours Hotel Zurich West a soul. BLØK stands for the idea of a playful and refreshing nonverbal communication, reduced to the bare essentials. Wrought of wood from sustainably cultivated land, BLØK encounters guests in rooms and in the lounge area – in different moods and always good for any outburst of emotion. Through the combination of body and head, countless expressions can be depicted: cheerful and looking upward, sad with lowered head, emotional and mutable at any rate. Anyone who has fallen in love with Alfredo Häberlis BLØK, can get their own personal copy at the 25hours kiosk in the lobby.

Häberli’s dedication to the project with 25hours is very personally motivated. He grew up in Argentina in his parents’ restaurant and his grandparents’ hotel. “I still remember today what it smelled like there,” he says. In addition, he’s also an internationally acclaimed designer who is on the road two or three days a week and has gotten to know a lot of hotel rooms. Which is why the aspiration to invent a new hotel room didn’t come into discussion, but rather to newly revive it and to translate old standards into something more modern. As in the grand hotel tradition. Wild carpet patterns meet flowered wallpaper and exuberant curtains. Alfredo Häberli has found a contemporary and acutely appealing interpretation in color design. “I wanted to do something that the Swiss would never do,” explains Häberli and is convinced of his brave color combinations, which often reveal their aesthetic and harmony only after a second look. “Colors I perceive as the very first decoration possibility. It’s more seldom that different designers and also a hotel operator have the same sense. That has made working together really fun.”

In the collaboration with 25hours Hotel it was clear from the start that design alone won’t cut it, but rather the operating demands of the hotel need to be met. “Alfredo Häberli thinks conceptionally and over the design horizon and beyond,” knows 25hours CEO Christoph Hoffmann and respects the view of the designer. “He works with a mix of luxury and asceticism and consciously deals with beauty.” That’s how a house was built which has yet to find an equal on the Zurich hotel market. “A hotel such as this with its creative orientation in such high quality, with this location and a capacity of 126 rooms in the price class of between 200 and 300 CHF just doesn’t exist in Zurich,” sums up Bruno Marti, Head of Brand at 25hours Hotels. The team of Alfredo Häberli is aware that the design could be seen as provocative. “Our work will polarize and for some will be too modern,” guesses Daniela Aeberli, the Design Project Manager, “but our colorful interior is the pulsing heart of the building and with that, it’s the independent character which radiates outward.”