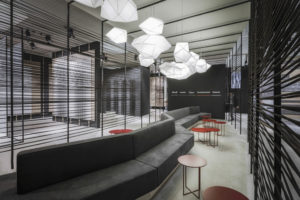 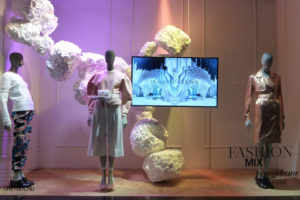 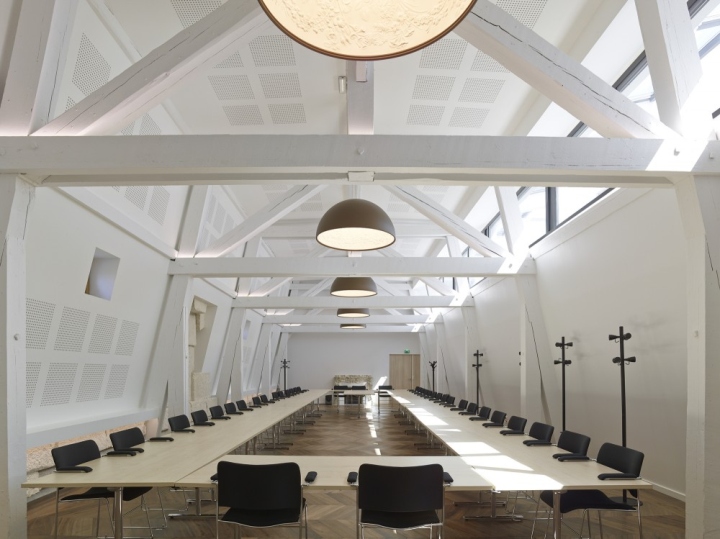 The existing building is of typical Haussmann style and dates back to the beginning of the 20th century (1905 – architect Joseph Gilet), featuring exceptional architectural details in the ornamentation and the materials used for its construction such as cream-coloured stone used for the main façade aswell as zinc and slate used for the mansard roof. All along the 20th century, successive alterations have blurred the original coherence in the functional organisation of the building and also in the architectural style. The main ambition of the project was to restore the historical headquarters of the Caisse d’Epargne bank, and to create a work setting worthy of the stature of the bank and the building, whilst at the same time reasserting a contemporary image still in keeping with the history of the building. Due to its location, occupation and architectural quality, this building had to become once again a landmark in the historical center of Toulouse. The main ideas of the project included: restoring the Haussmann façade perpetuating the internal functioning of the historical building based on the original hallway organisation The approach of the project was consequently to develop a duality between the main façades on the street and façades overlooking the courtyard. On the street side, the extension is expressed through the use of a noble and durable material, stainless steel. A mat final aspect was chosen for its resemblance to the colour of the zinc domes and pinnacles. The association of materials, including the stone and zinc of the existing façades (cleaned so as to reveal their original splendour) and the stainless steel of the extension (shotblasted stainless steel panels with random perforations designed by artist Gérard Tiné) integrate the project skillfully into the Toulouse urban landscape. The zinc pinnacles, exceptional features of the project, and the stainless steel façades echo each other elegantly. On the courtyard side, the extensions of the hallways articulate around two interior courtyards conducive to a serene and visually open working environment. This backdrop of glass and shining stainless steel contrasts with the façades on the street side. This project is the result of 7 years of work from the beginning of the designing process. The construction of the Caisse d’Epargne is also a testimony of team work and dialogue between different participants: the client Caisse d’Epargne, the project management TAA/Ginger, and the association of contractors GBMP/Gallego 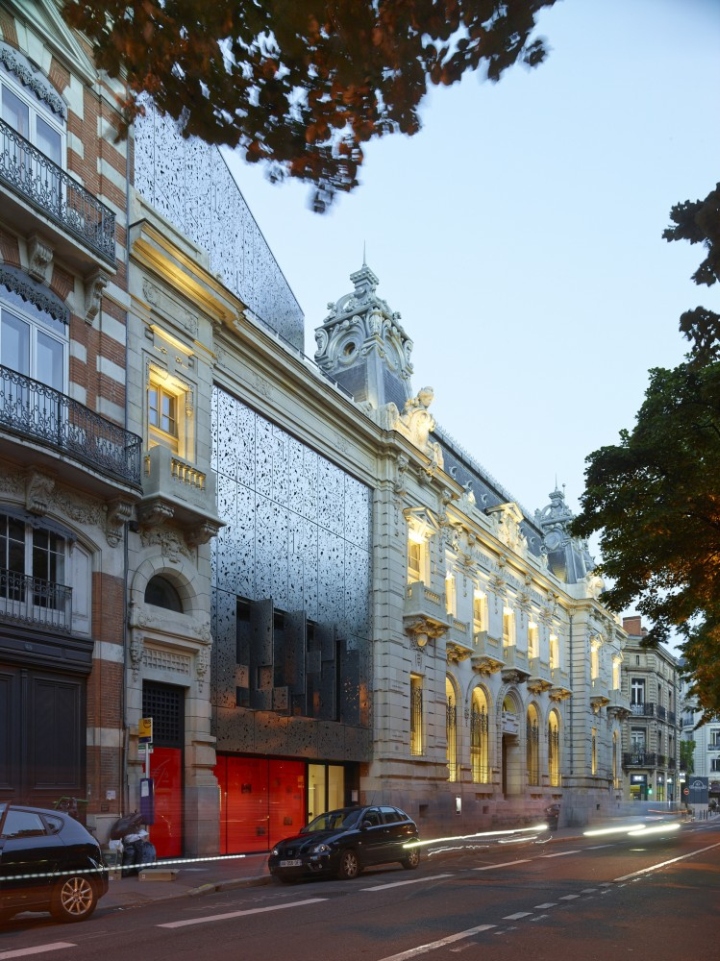 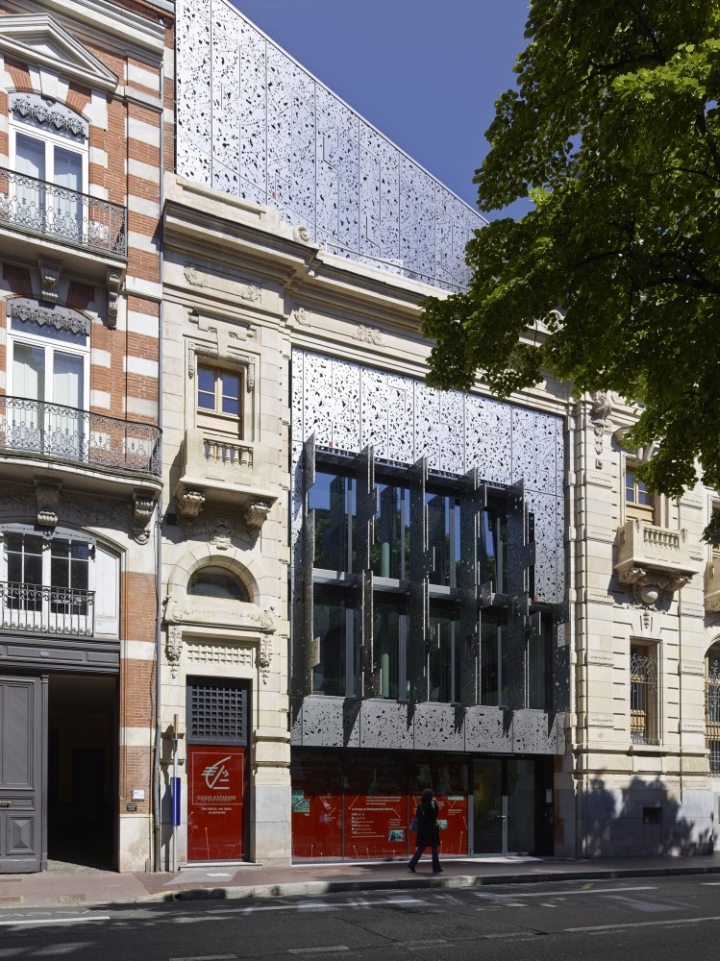 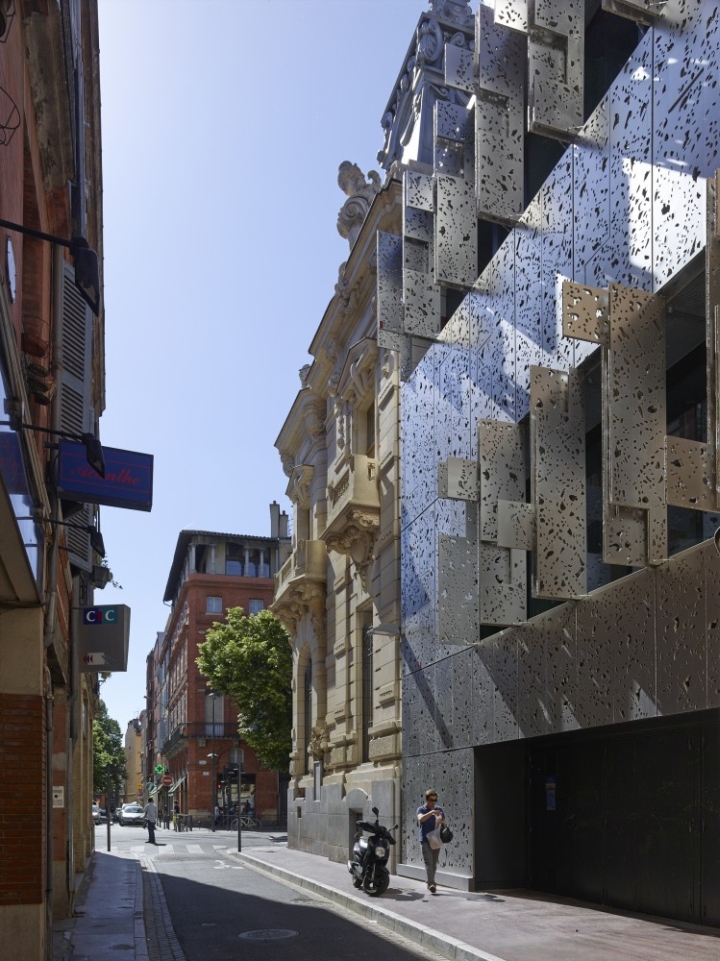 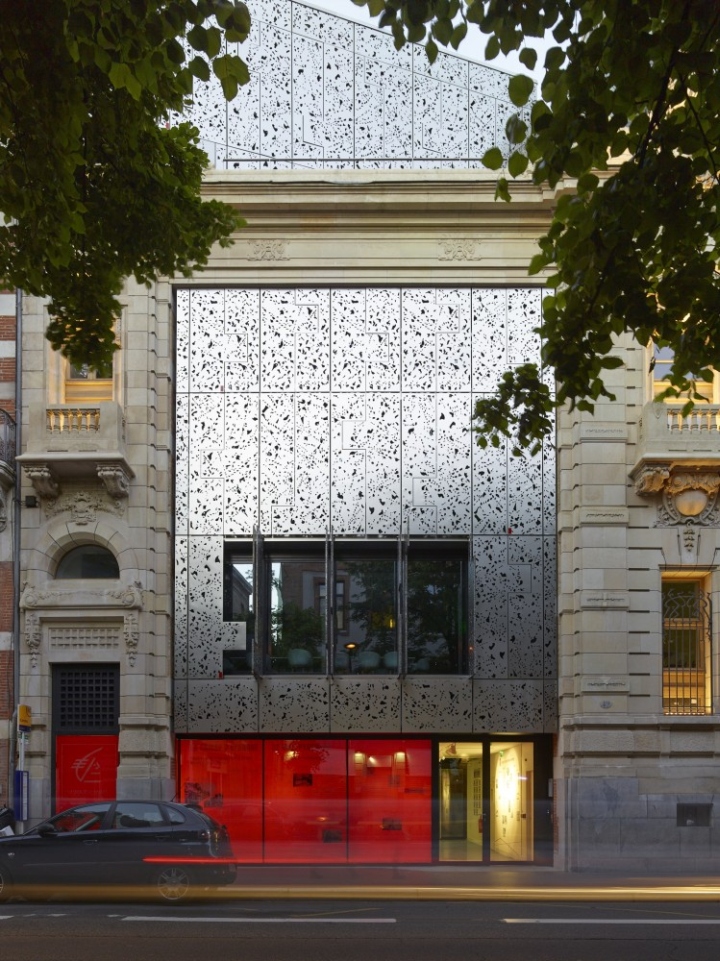 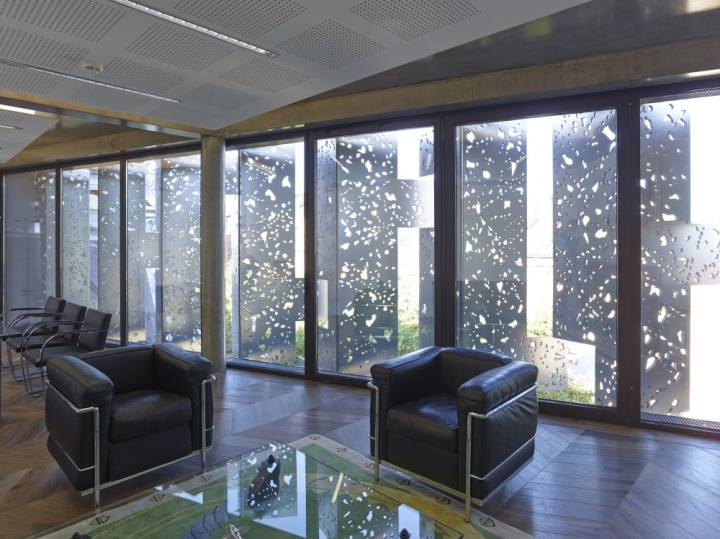 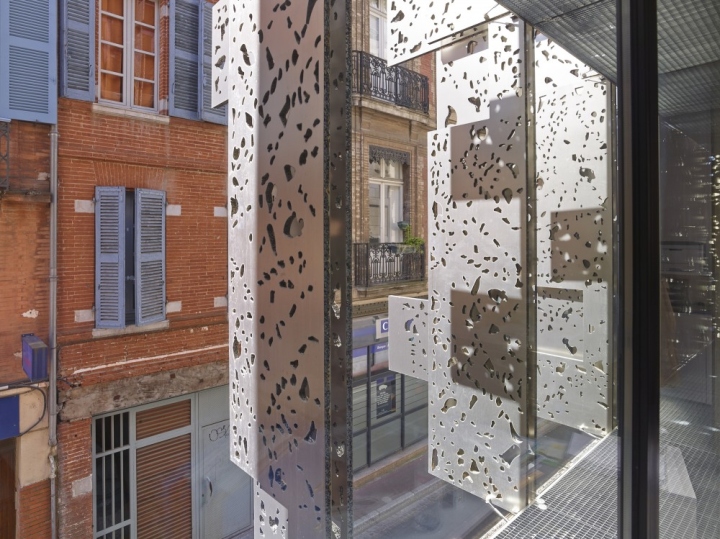 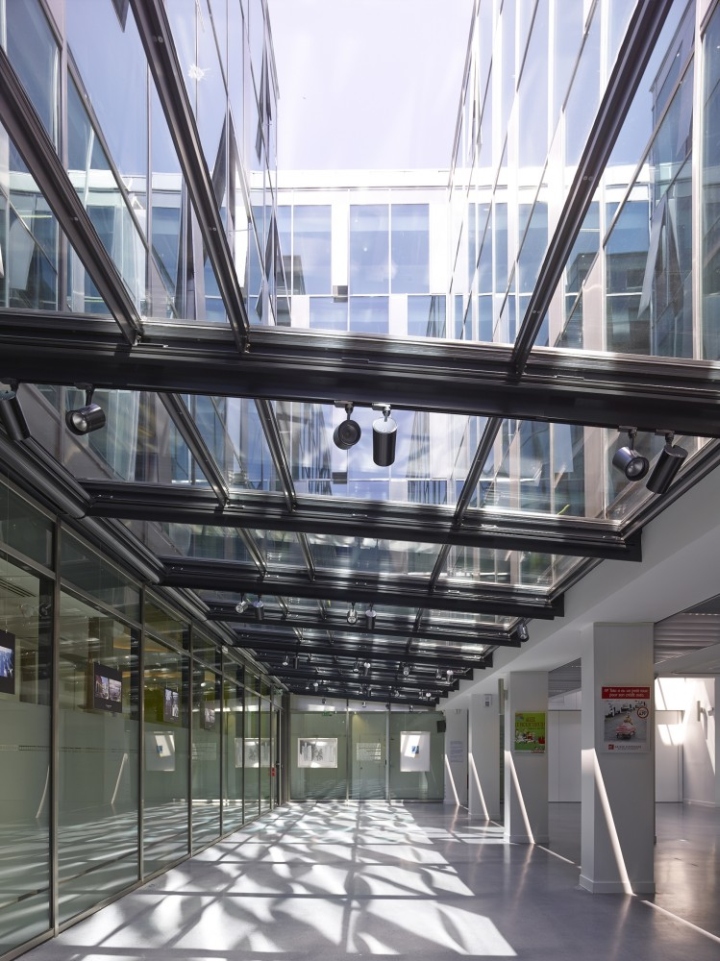 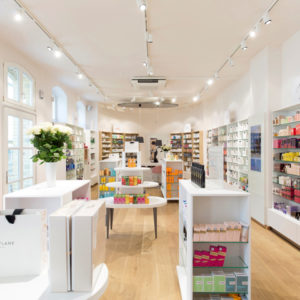 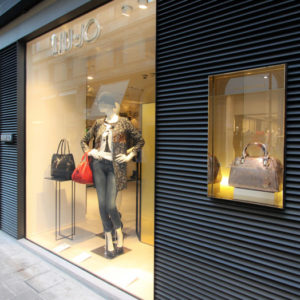 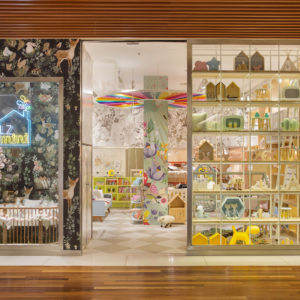 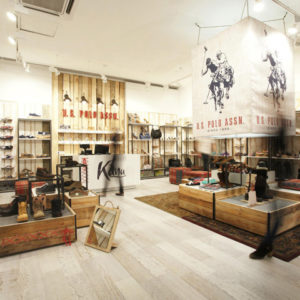