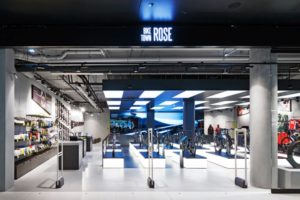 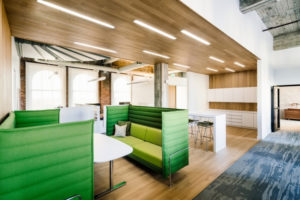 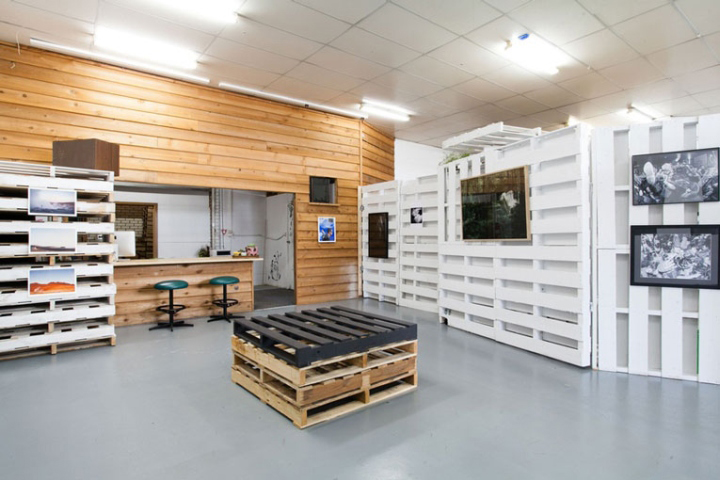 The predictable face of suburbia is changing, at least in Melbourne’s Preston Neighbourhood. Situated a few kilometers north of the CBD grid, the area hasn’t exactly been void of things to see and do, but it lacked something substantial that would lure the inner city crowd to its doorstep. Well, that was yesterday. J Forsyth and Julia Howland are two avid art aficionados with a keen eye for subcultural excellence and ditto fun of just about any kind. The doors of their newly opened Melbourne Arts Club, a three-dimensional extrapolation of a culture blog founded in 2012, have swung open to the joy of a sizeable demographic of like-minded Melburnians. It’s a temporary venue, occupying an expansive empty retail space which will knocked down and used for a new block of apartments by the end of next year. As said, Melbourne Arts Club keeps a finger on the city’s artistic pulse, but it also accommodates good day rentals, a furniture rental company run by Forsyth’s beloved sister. Nepotism? Given the fact that the two have created a corresponding studio + shared work space available to creatives and freelancers, we’d say it’s a rather brilliant joint effort. The aim clearly is to create a vibe of cross-pollination that generates more good creative stuff at the venue. The setting at Melbourne Arts Club, designed by architect Aaron Hughes, is intentionally low-key, pairing elements of the existing interior with an ingenious configuration of wooden pallets. The rental work space is furnished with simple desks and vintage chairs, and further decorated with homey artworks and objects. 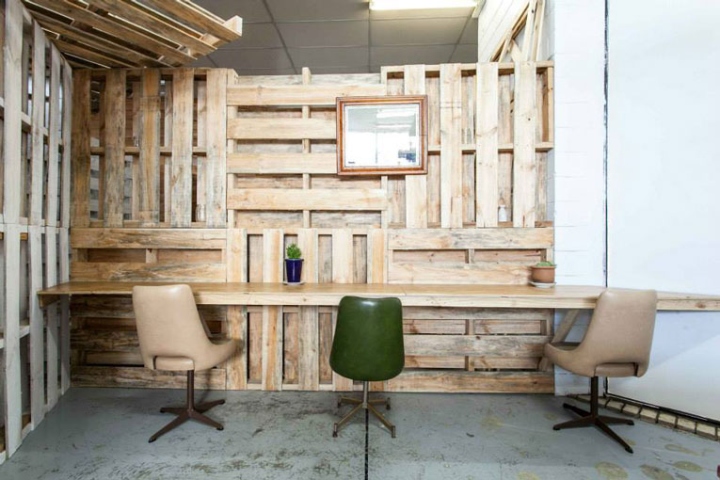 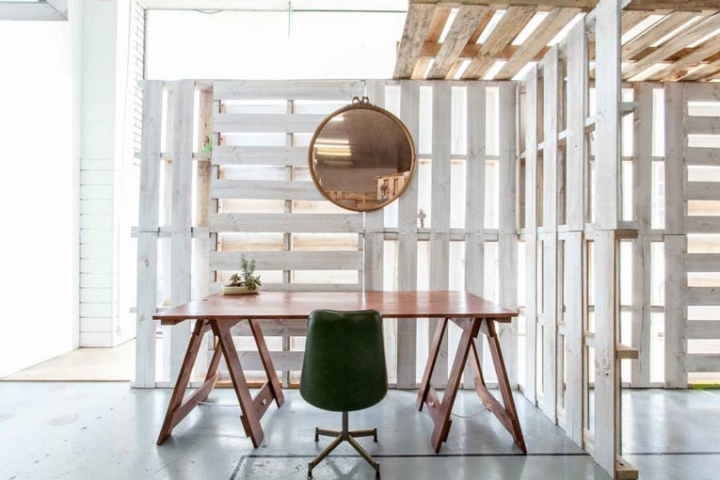 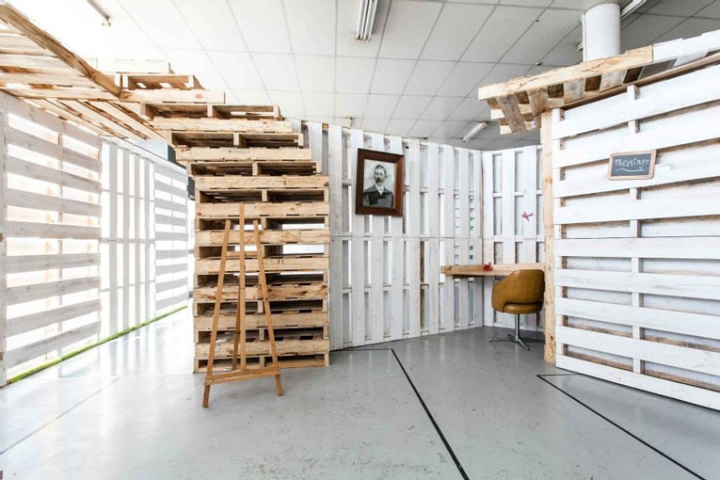 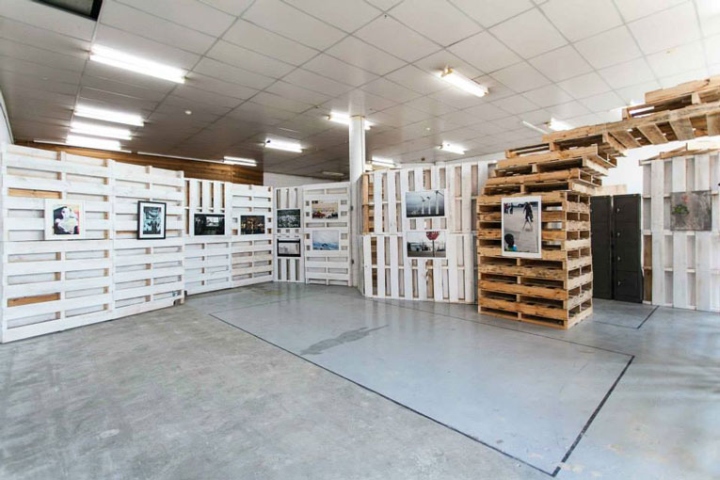 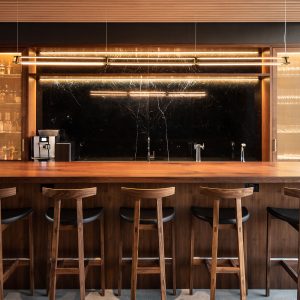 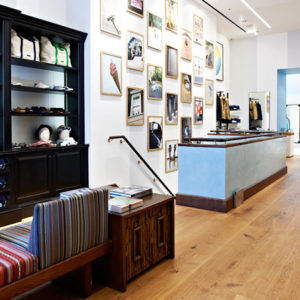 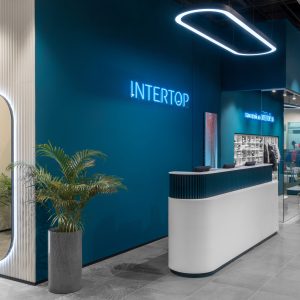 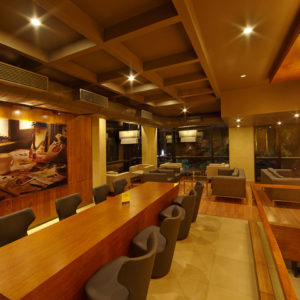