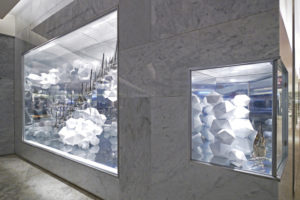 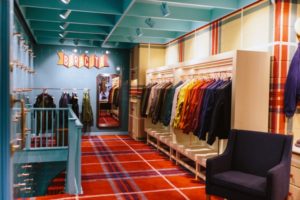 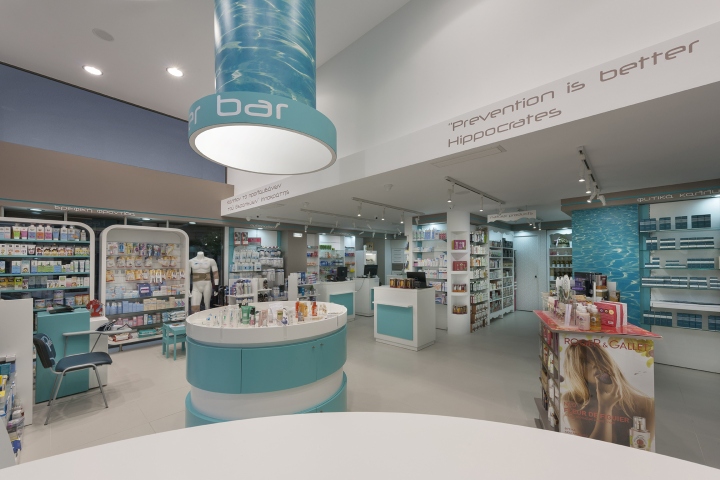 KDI CONTRACT was commissioned to design this pharmacy at the seaside resort of Loutraki, in Corinthia Greece. The aim was to create a cosmopolitan pharmacy that welcomes and caters for domestic as well as for foreign customers, during the summer period, promoting the natural cosmetics and the in-house handmade products, developed by the pharmacist. Source of inspiration in the design concept was water, derived from the vast natural springs and therapeutic spas of Loutraki. The element of water was utilized in the design process and was integrated in various forms, both in the design of the facade and the interior of the store. At the same time, large glass-panel openings, surrounding the pharmacy, were implemented in order to allow ample natural light flow, thus giving an open space feeling to the incoming clients. The pharmacy is developed over two floors, the ground floor being the main commercial space and the upper floor consisting of the pharmacy’s laboratory and the ancillary office spaces. The ground floor is arranged around the “Spring”, a custom-made suspended ceiling light feature that simulates the water spouting from a natural spring. In a radial pattern, around the imaginary concentric cycles created by the water flow, evolves the pharmacy. The “Spring”, key feature and focal point of the pharmacy, fulfils two purposes. First, it acts as a hub, connecting around it the pharmacy’s personnel with the clients and second, it is used as a central meeting point for health-care related venues hosted by the pharmacy. Special attention was given in creating a distinct corner for the natural products of the pharmacy, differentiating itself from the rest of the store with an atmosphere that communicates nature and intimacy. The counter desks were designed as separate one-to-one booth stands in order to facilitate personalized customer service and attention but also provide maximum functionality for the busy summer season. 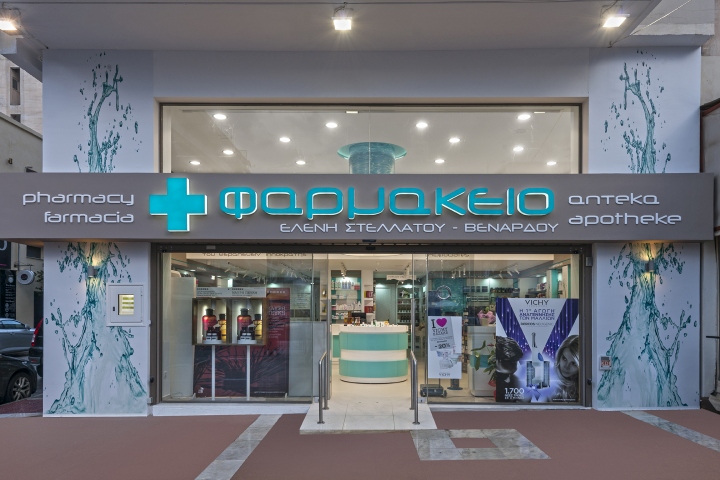 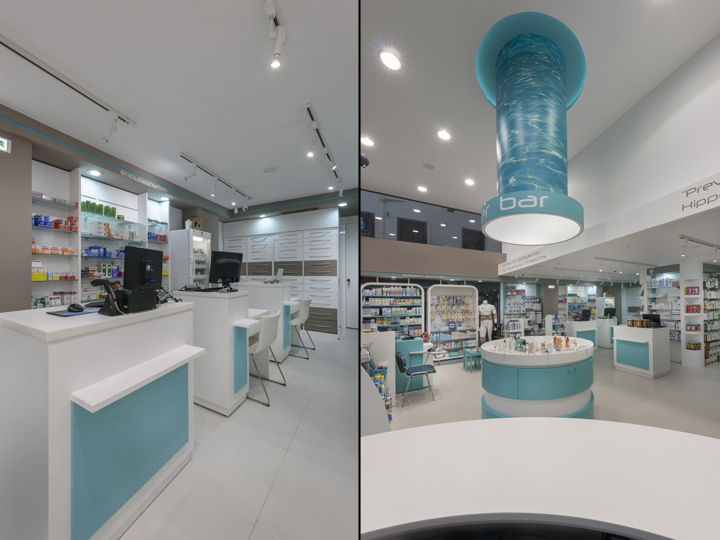 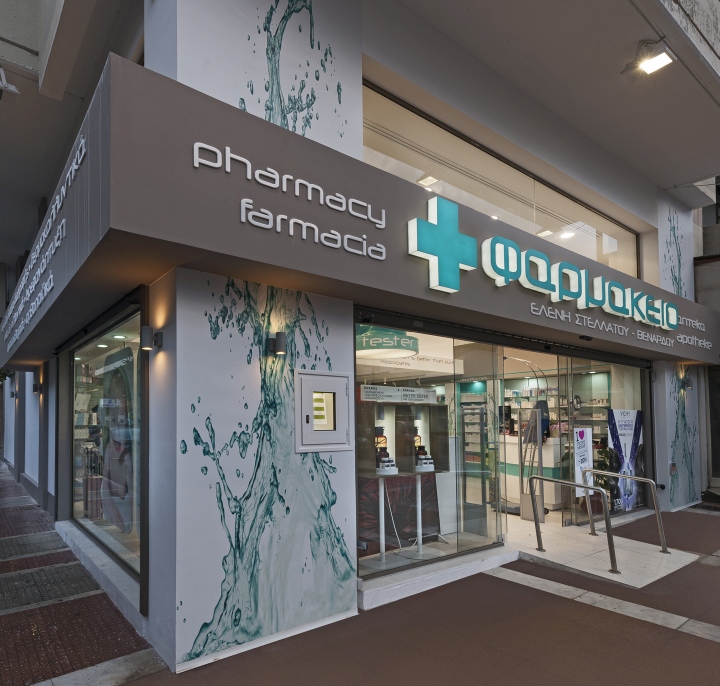 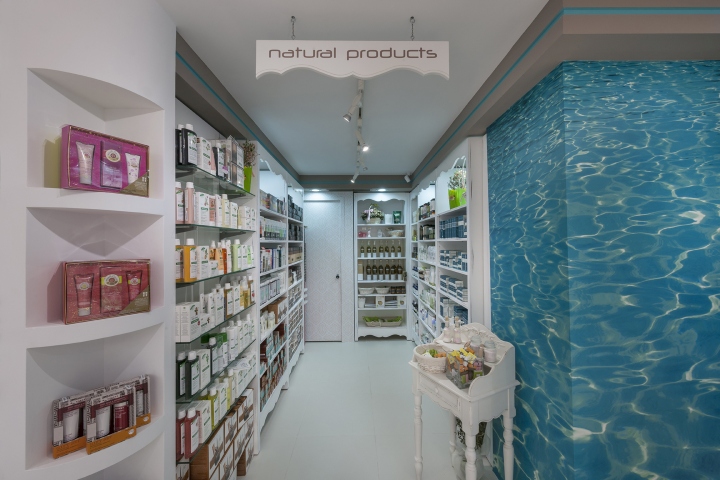 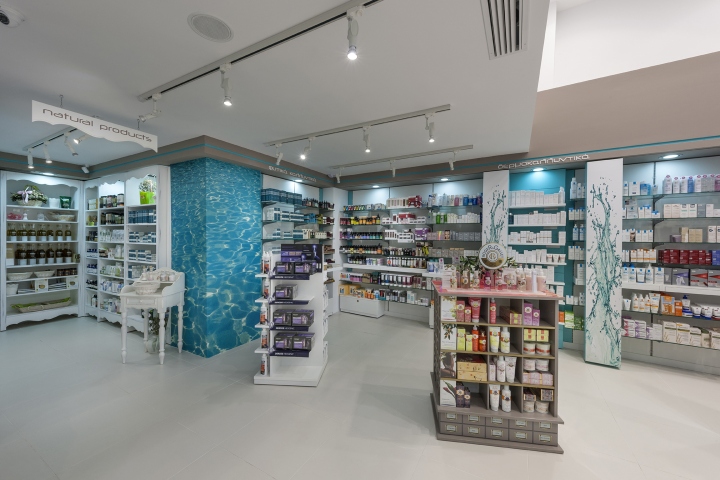 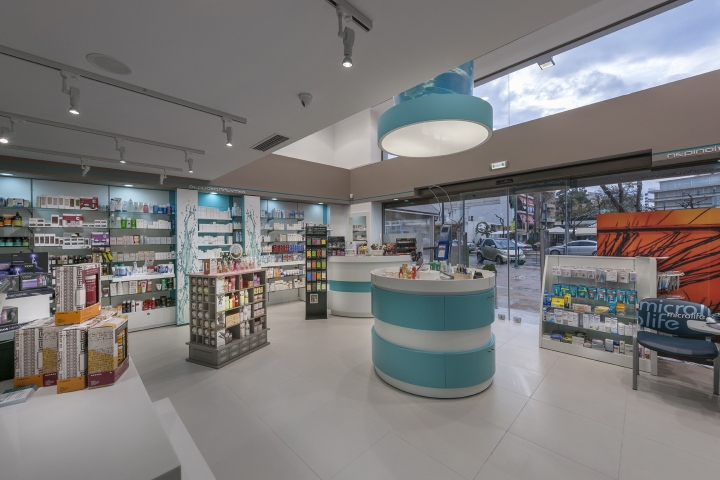 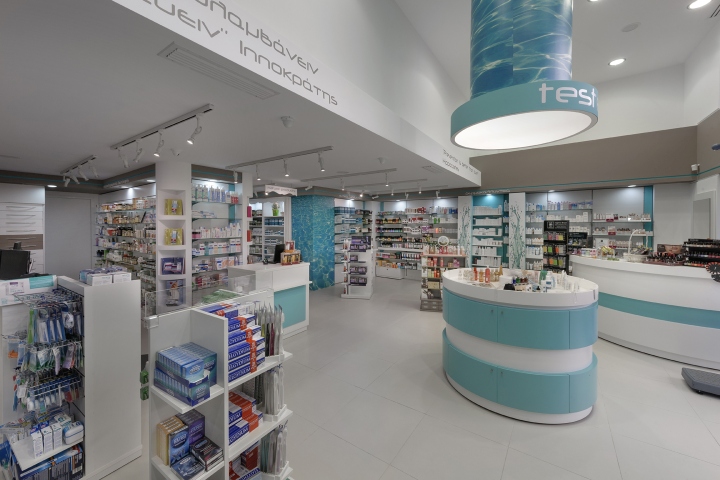 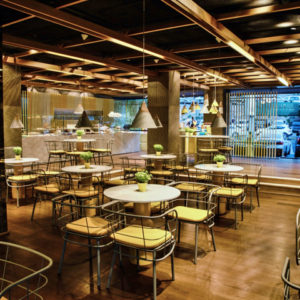 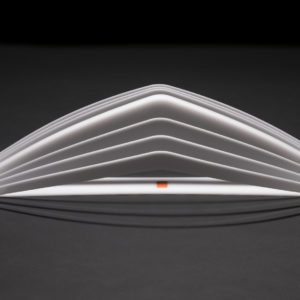 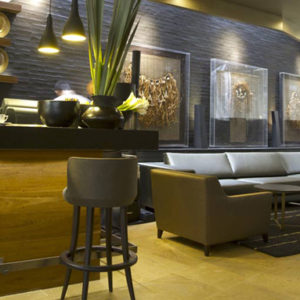 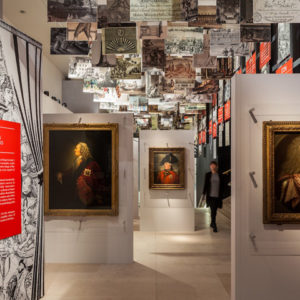