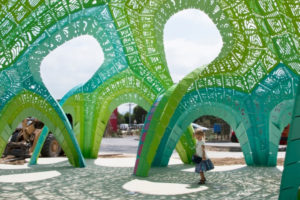 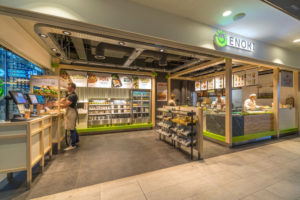 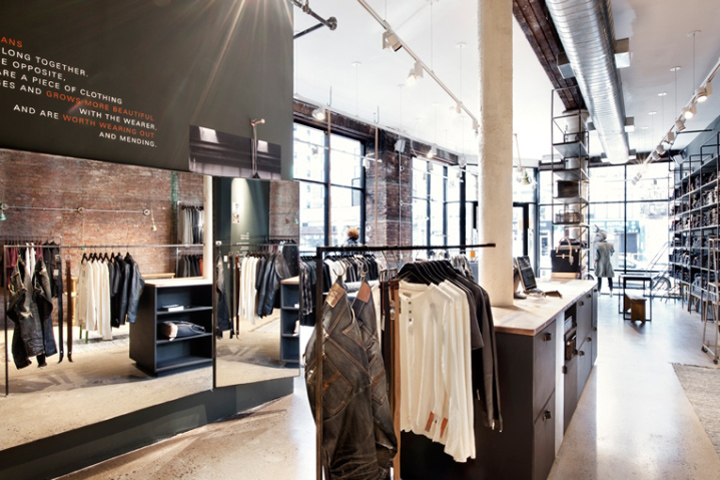 It was merely a matter of time. Little over four years after setting up shop on the U.S. west coast, Nudie Jeans has finally entered New York City’s retail scene with flagship store in the Nolita neighbourhood. Situated on Bowery and Spring street, a buzzing location with a compatible street cred, the so-called Nudie Jeans Repair Shop occupies a lofty 1,400 sq.ft. [130 sqm.] unit on the ground floor of a five-storey building with a red brick façade. Similar to its other flagship stores across the planet, it boasts an interior design crafted by the architecture team at the Gothenburg Headquarters, featuring a signature utilitarian palette that blends understated materials with vintage and furnishings and fixtures, and forms a perfect backdrop for the many of the building’s original architectural elements. The chosen aesthetic is very much an extrapolation of Nudie Jeans’ philosophy of reusing. The very core of the flagship store – and legitimizing its name – is a repair station, equipped with heavy duty machines that allow on-the-spot repairs and customizations of your fave denim piece. The new Nudie Jeans Repair Shop carries the brand’s complete men’s and women’s denim collections. 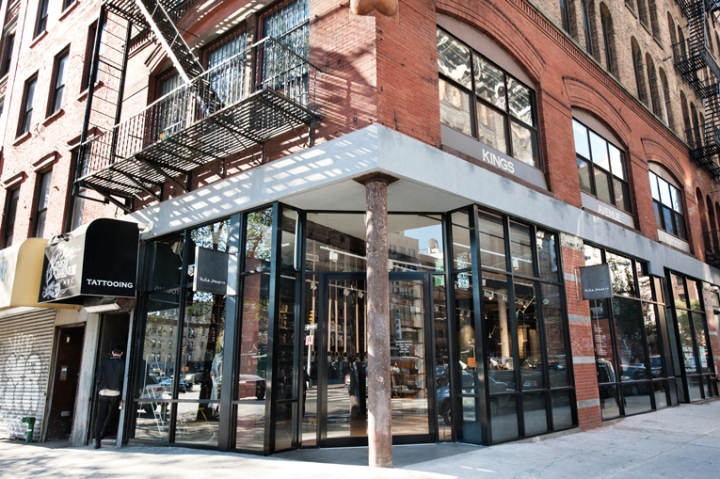 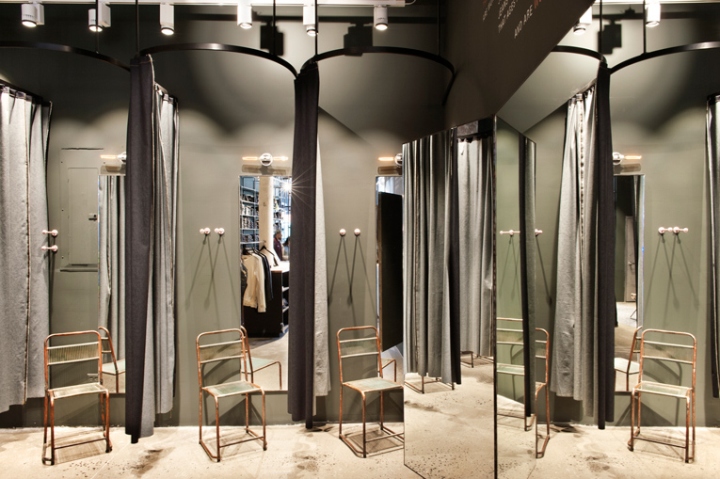 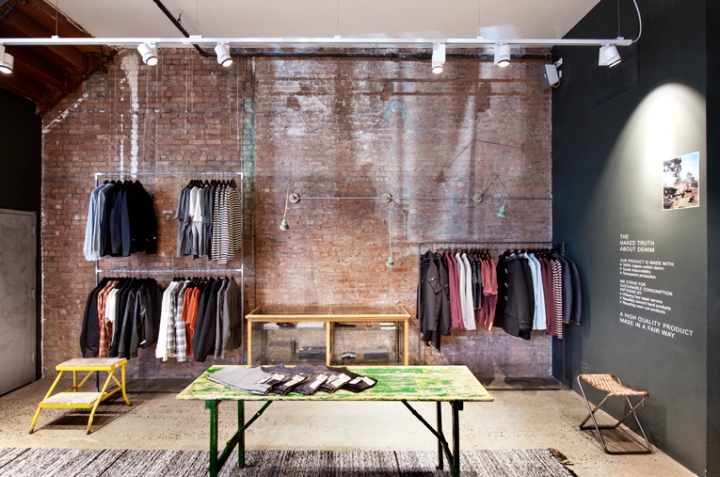 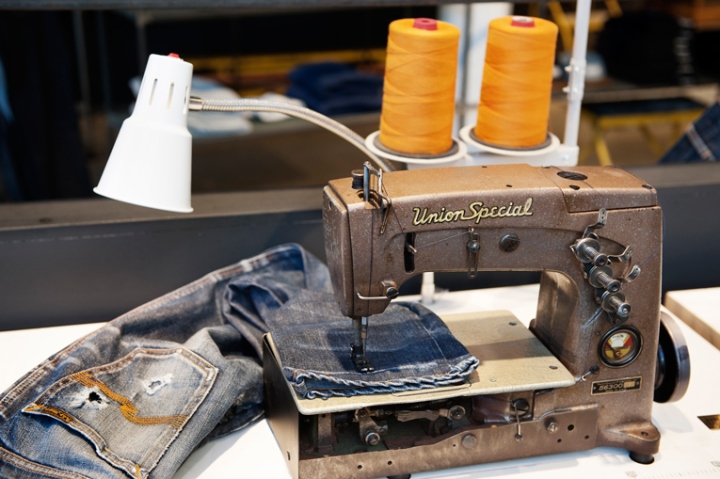 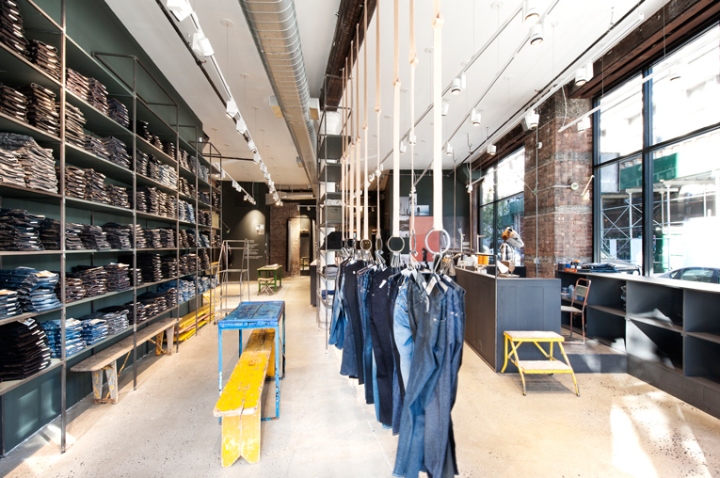 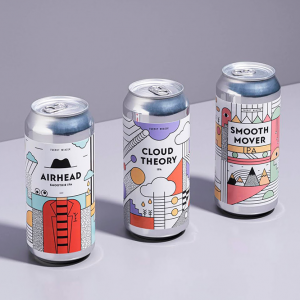 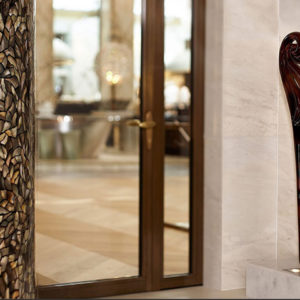 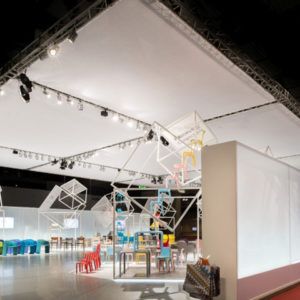 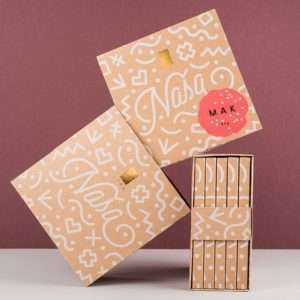