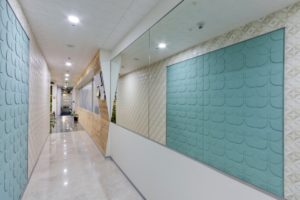 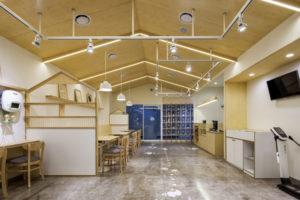 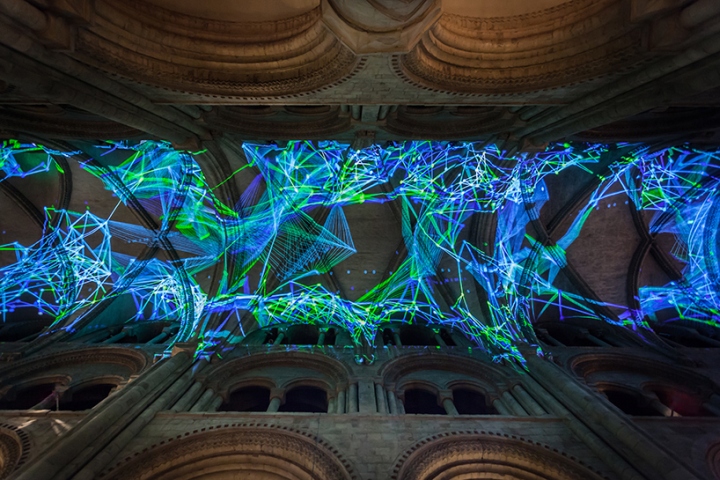 For Lumiere Durham 2015, the UK’s largest light festival, Miguel Chevalier presents the premiere of his artwork ‘Complex Meshes’. the installation took place at the Durham Cathedral, a building constructed at the end of the 11th century and which represents the most accomplished example of Norman architecture in England. Following Chevalier’s ‘Magic Carpets‘, a projection on the floor of the Casablanca Cathedral in 2014, ‘Complex Meshes’ is a monumental illuminated artwork that highlights the ribbed-vault ceilings of the Durham Cathedral’s central nave — a daring architectural feature which was ahead of its time, which announced the beginning of the gothic art style in architecture. A mesh is a three-dimensional object consisting of vertices, edges, and faces which form polygons, used in modeling or architecture. For this piece, the use of numerous wireframe meshes becomes an aesthetic in itself. Different colored weaving patterns composed of triangles, quadrilaterals, and other polygons overlap, evolve and transform slowly in real time. These huge virtual light curtains twist, move and resize to create diverse and complex shapes. The surface is deformed to generate the abstract landscapes of a living universe that is constantly changing. These vivid color grids create surprising trompe l’Oeil effects which disrupt the perceptions of visitors by creating the sensation of moving arcs. By using this technique, this installation refers to Kinect art and op art artists like Bridget Riley, Victor Vasarely, Jesus Rafael Soto, and Julio le Parc, who conducted research on movement and illusion optics which prefigured digital art. Furthermore, this interactive work uses sensors to detect movement of visitors, altering the light fresco and impacting the structure of the work. The overall visual experience is enriched by the famous music composer Jacopo Baboni Schilingi. ‘Complex Meshes’ creates a magical atmosphere, where it’s pixel skin becomes one with the stone and gives off a radiant energy that invites visitors to sit on the benches and raise their eyes to the ceiling.

All images courtesy of Miguel Chevalier 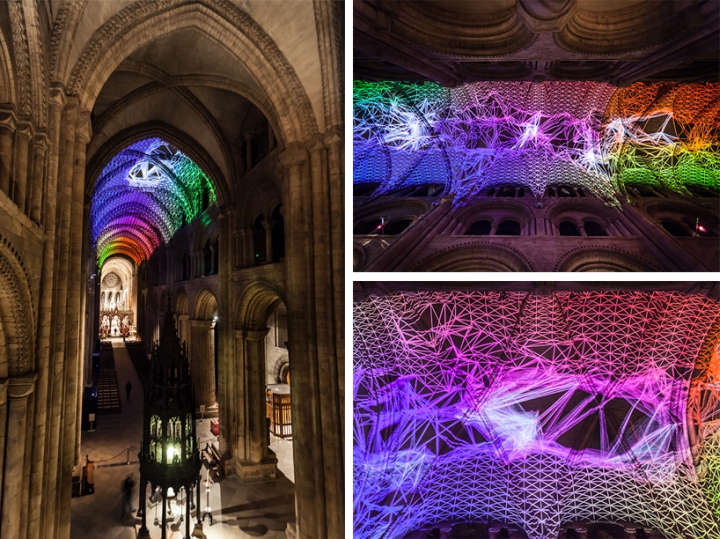 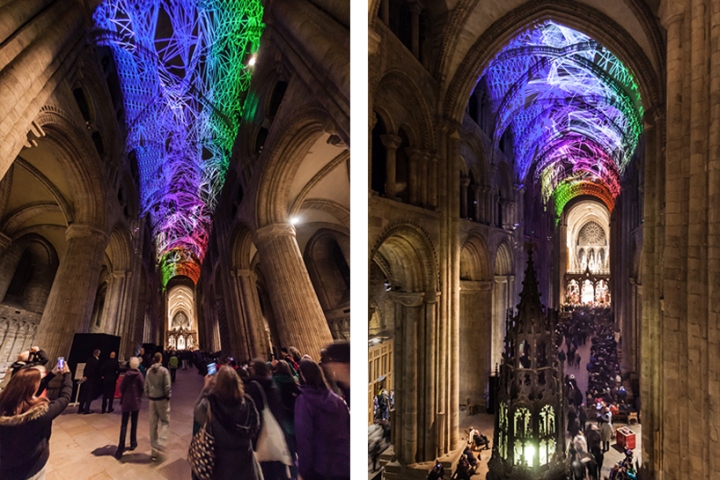 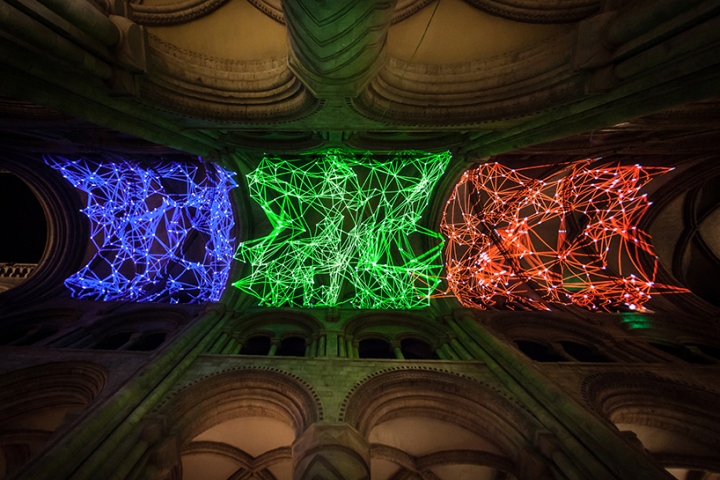 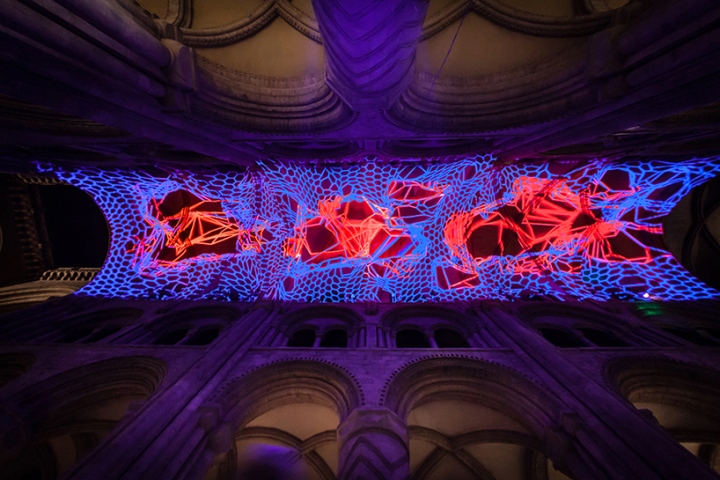 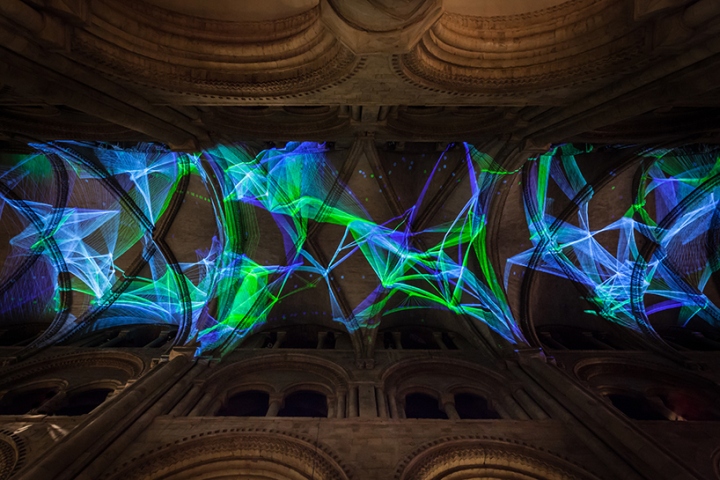 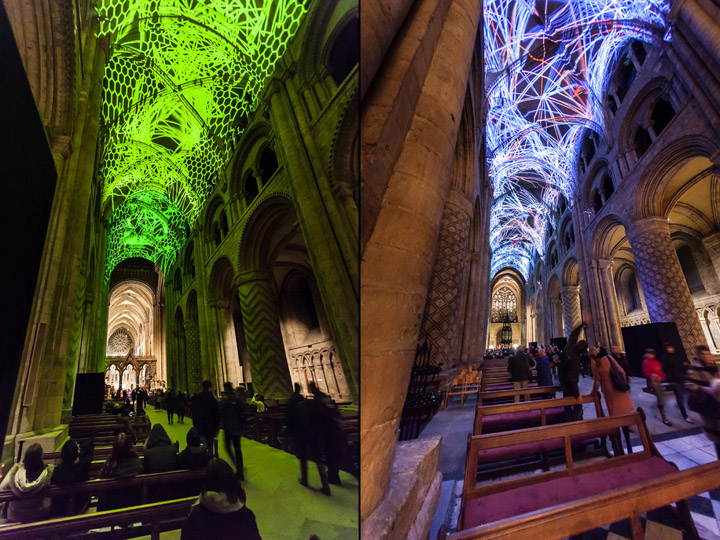 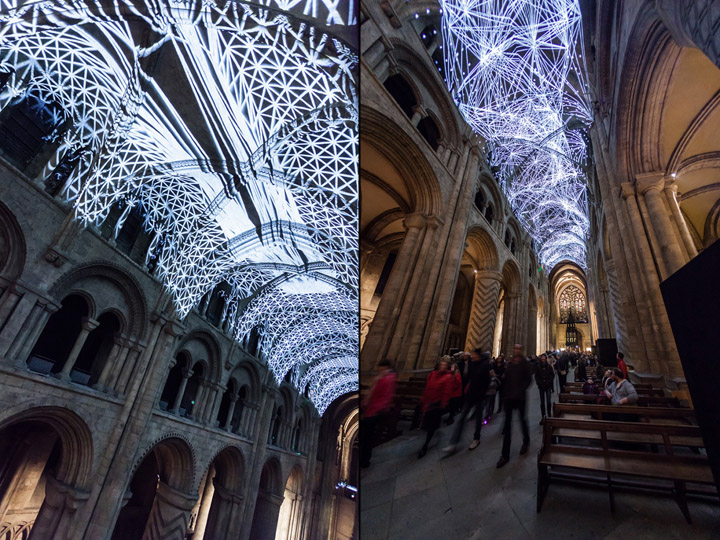 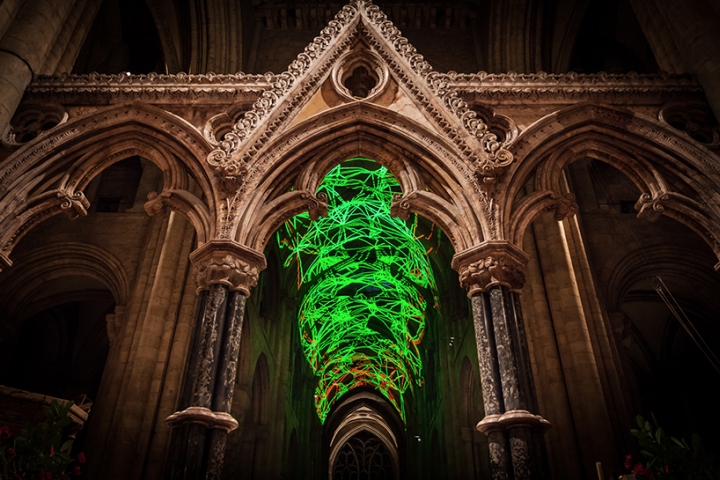 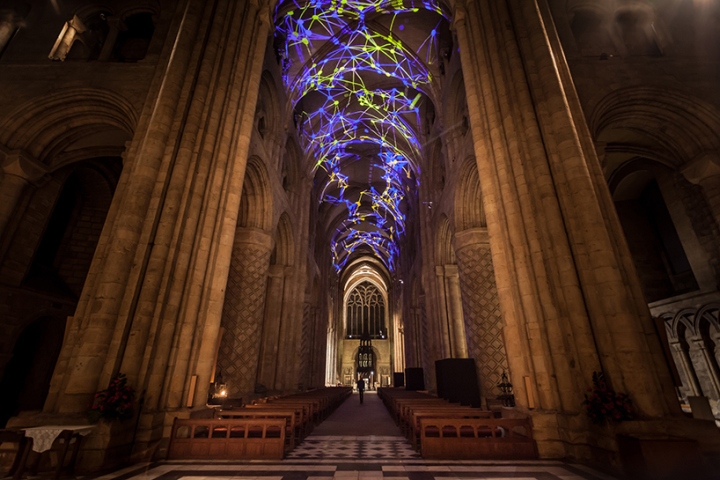 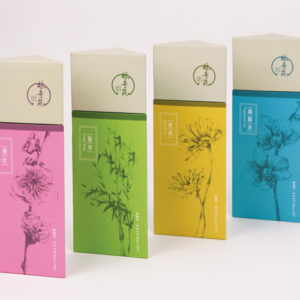 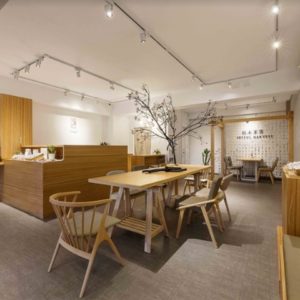 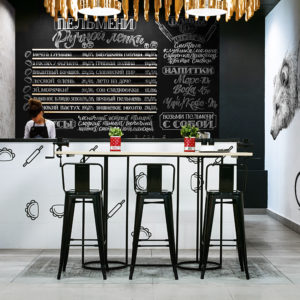 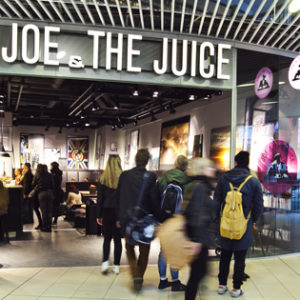