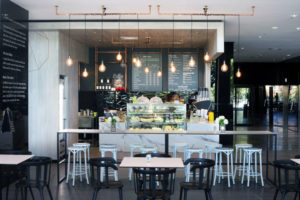 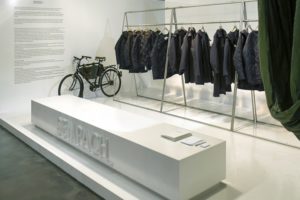 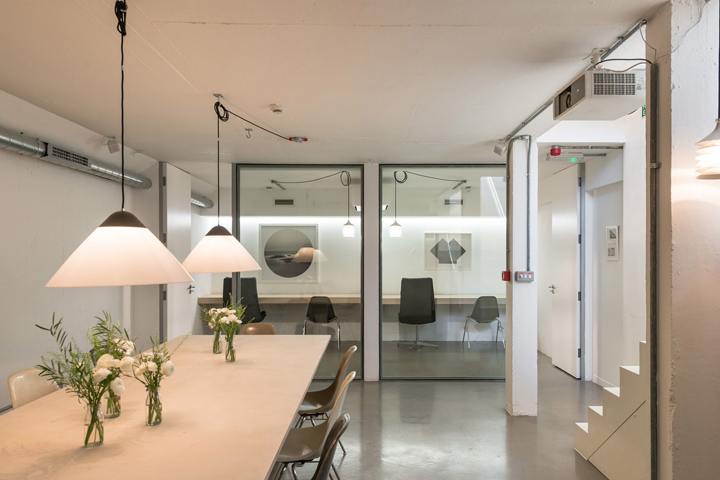 Tables and desks by a member of Turner Prize-winning studio Assemble are paired with vintage furniture and contemporary artworks in the new office of architecture-led estate agent The Modern House. The Modern House – which calls itself the UK’s first design-focused estate agency – has moved to a new premises in London’s Islington to make more room for its growing business, which has just celebrated its 10th anniversary. Directors Matt Gibberd and Albert Hill decided to plan the office’s interior design in-house, but commissioned designer Louis Schulz to create a couple of bespoke furniture designs for the space. Schulz – who won the UK’s most important art award in December as part of Assemble – designed a large table for a meeting room on the ground floor, as well as desks with concealed cable storage for the first floor. “We bought the building from a photographer, who had carried out an elegant refurbishment a few years ago,” he explained. “Louis Schulz of Assemble helped us to reconfigure the space, moving the kitchen downstairs to create a meeting space and waiting area for visitors beneath the window. He designed and built a pair of plywood desks, each with a raised plinth to hold laptops and a jigsaw puzzle of removable panels for the wiring, as well as a large table downstairs for meetings and lunches. Other additions to the space include vintage chairs by American designers Charles and Ray Eames, ceiling lights by mid-century Danish designer Hans Wegner and artworks by names including Michael Craig Martin and Darren Almond. A minimal white-painted backdrop helps to draw attention to these elements, as well as to a large bookshelf organised by colour and a partition built from glass blocks. The aim was to create a space the reflects the ethos of the brand, which specialises in the sale and letting of Modernist houses. The company has sold more than 700 contemporary properties in the last 10 years, with past listings including the seminal London home designed by Richard Rogers for his parents, as well as houses by John Pawson and David Adjaye. “We’re proud of the role we’ve played in guiding buyers looking to invest in Modern architecture over the past 10 years,” said Gibberd. “The appetite for striking Modernist homes continues to grow, and it’s an increasingly valuable asset class in which clients are ever more discerning.” “We look forward to expanding our business further from our new home,” he added.

Photography is by French + Tye 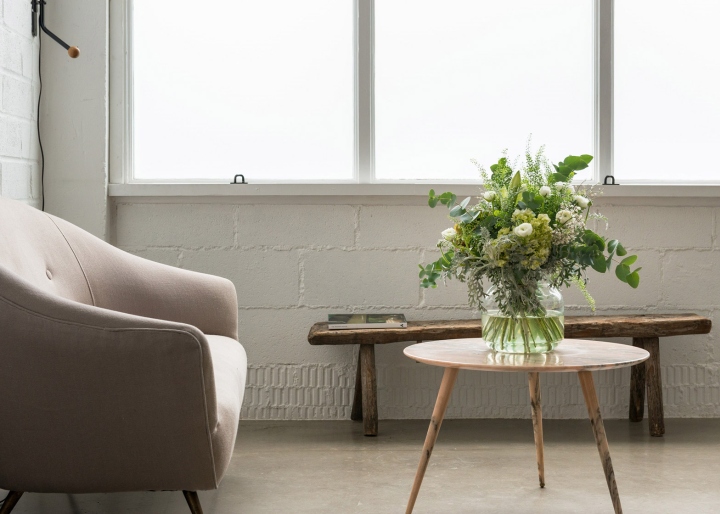 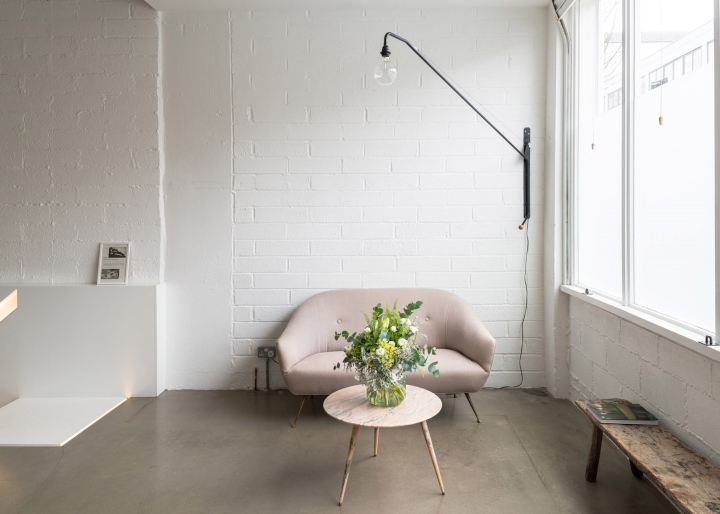 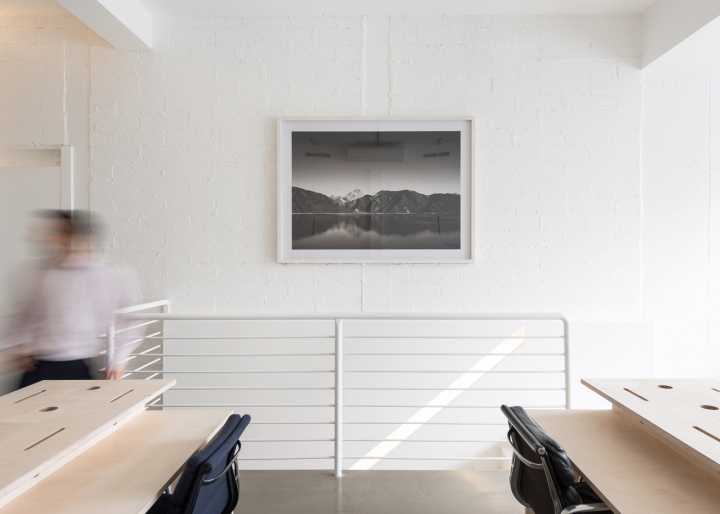 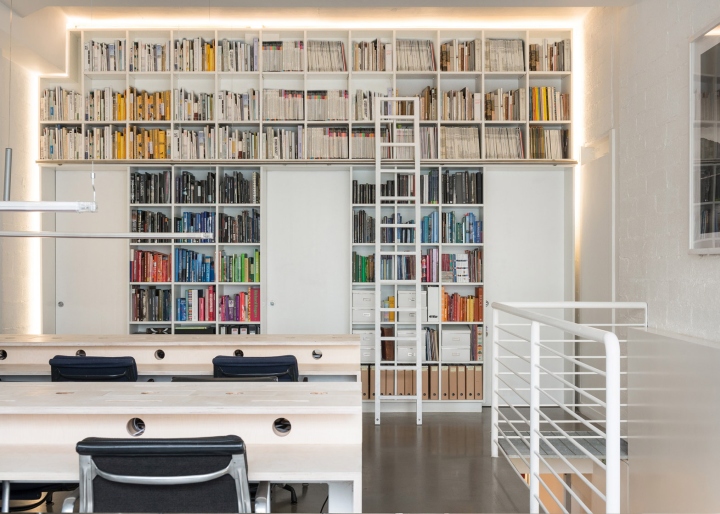 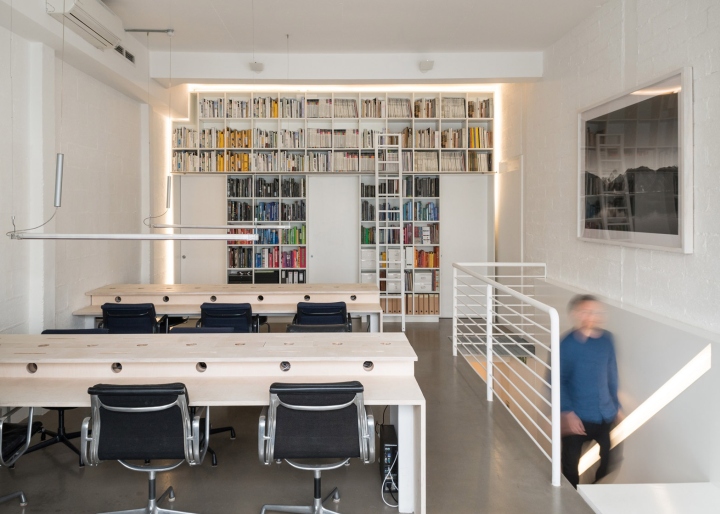 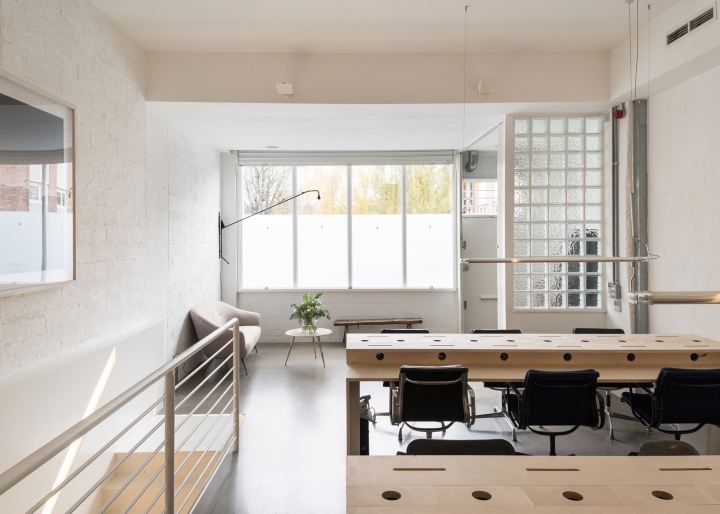 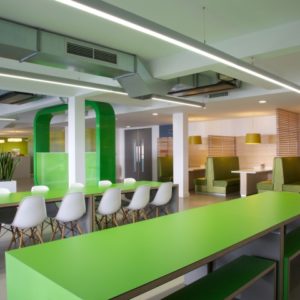 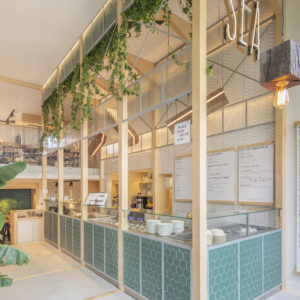 Bespoke Lighting for SLA Rotterdam, The Netherlands by Blom 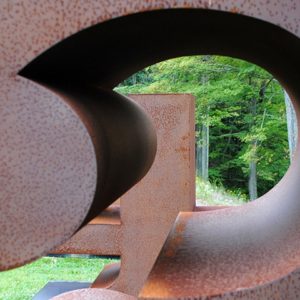 ONE through ZERO installation by Robert Indiana by retail design blog 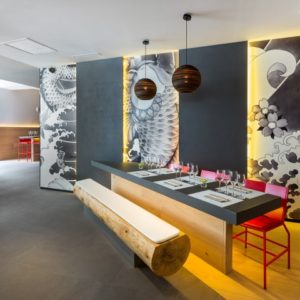