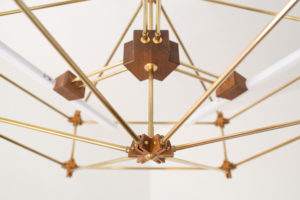 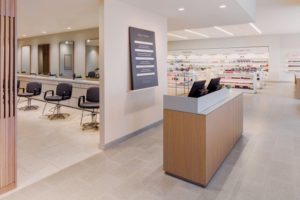 Timber battens cover the ceiling of skincare brand Aesop’s newest store in Singapore, which architecture firm Snøhetta based on a nutmeg plantation that once occupied the site. The new store – which opened today – is located on the basement level of the ION shopping centre just off Orchard Road, close to an area that was once used as a nutmeg plantation. Inspired by the site’s history, Snøhetta, the firm behind the recent SFMOMA extension, used a collection of materials, colours and forms to create what they call an “upside-down forest”. A dark sisal carpet references the orchard floor, while thin timber battens hanging from the ceiling suggest a series of tree trunks. Walls are painted in a shade of pink intended to be reminiscent of the colour of mace, a spice harvested from the nutmeg fruit. Materials used are often indigenous to the region, such as Kerstin Thompson Architects’ perforated gum-wood details for a store in Melbourne, or make local cultural references, as in the case of a branch in Stockholm inspired by the work of Danish filmmaker Lars von Trier. To create continuity between the ION store and another branch of Aesop in Singapore’s Raffles City complex, Snøhetta chose to display products on similar brass shelving units and inside a brass cabinet behind the till point. Brass panels were also used to cover the store’s facade. Aesop ION is the fourth store to be designed for the skincare company by Snøhetta. As well as the nearby Aesop Raffles City, the firm also worked on Aesop’s first outpost in Norway and a store in Berlin. 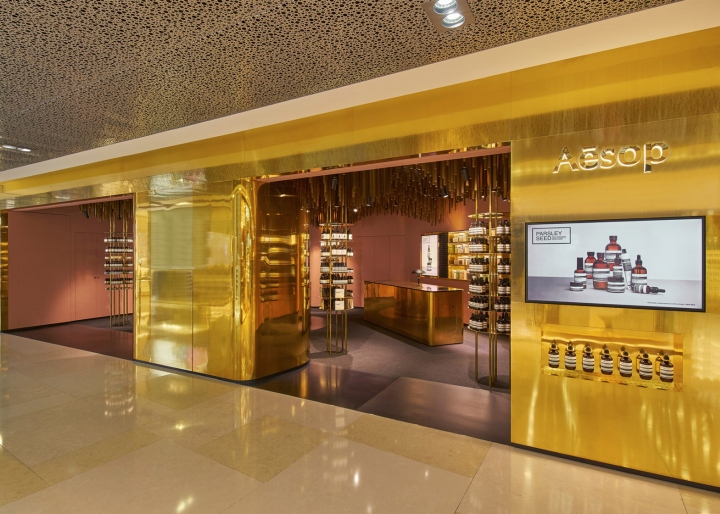 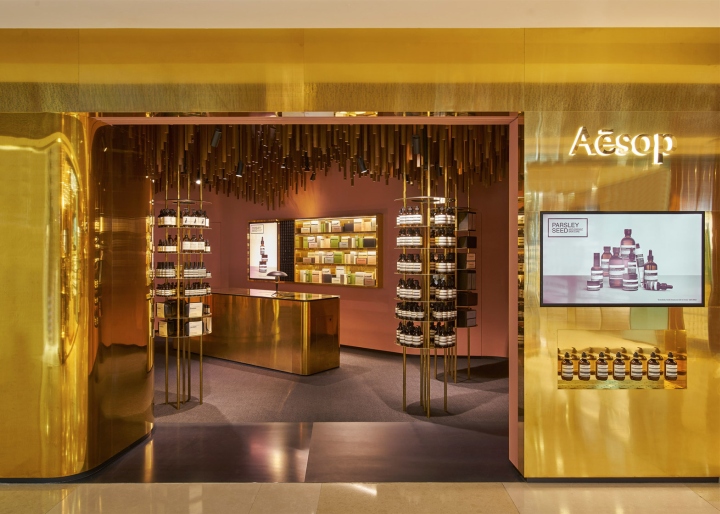 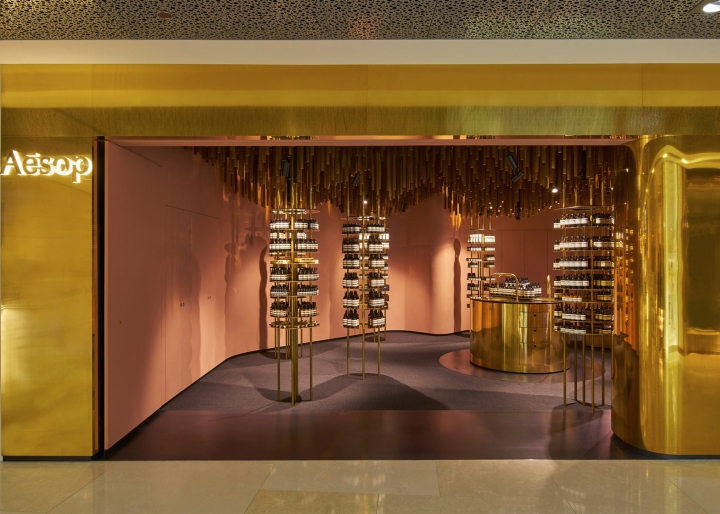 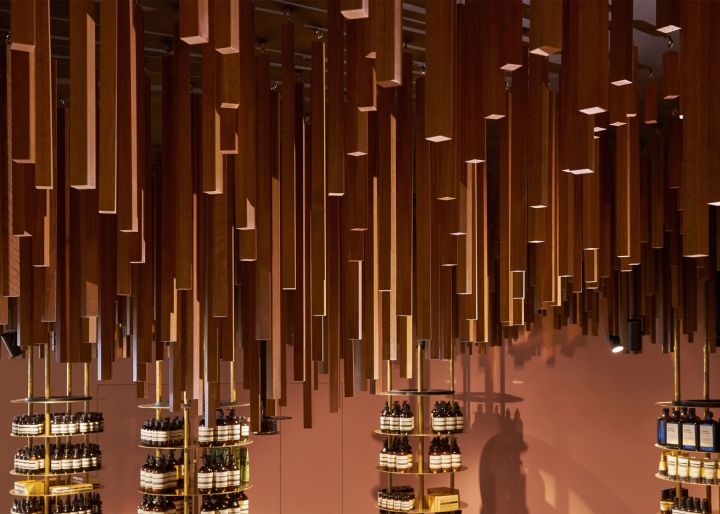 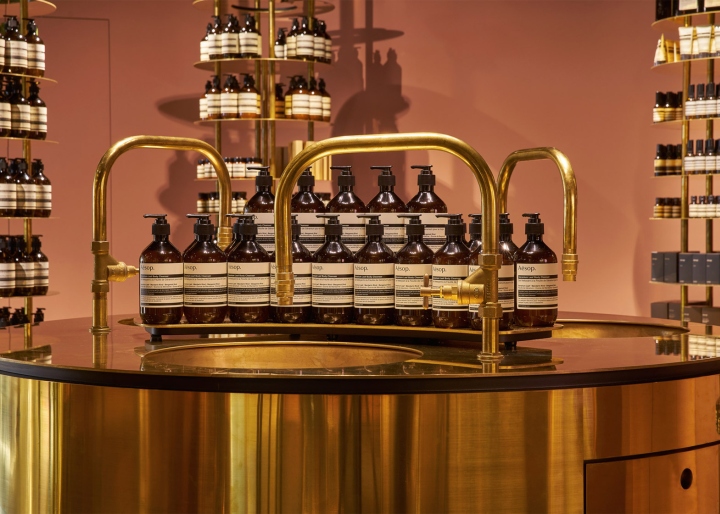 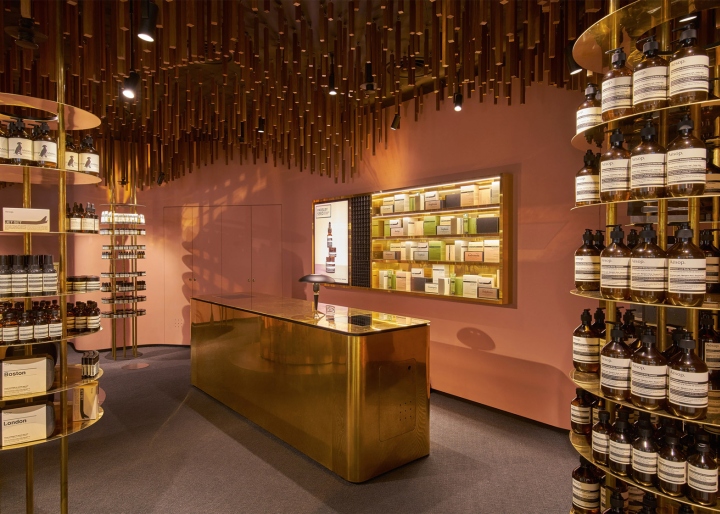 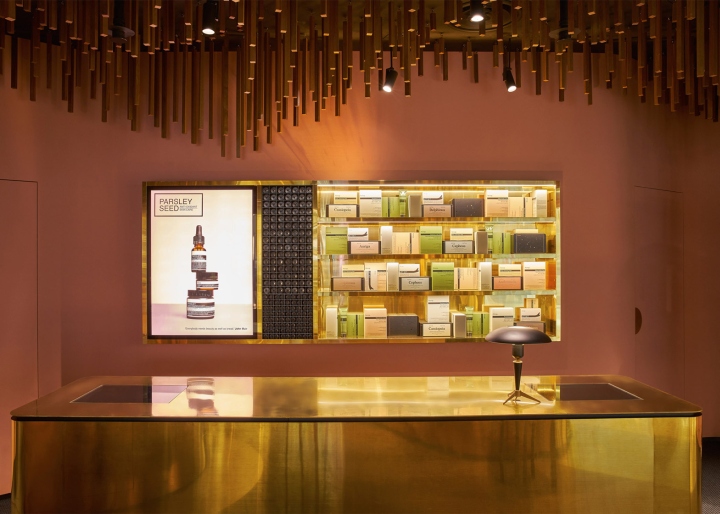 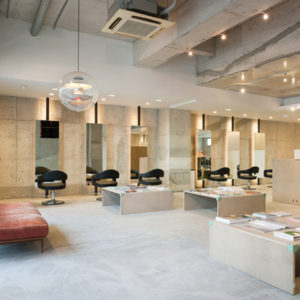 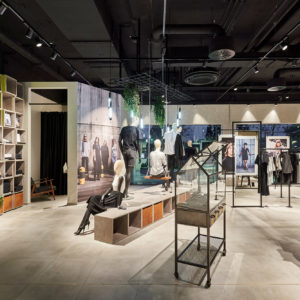 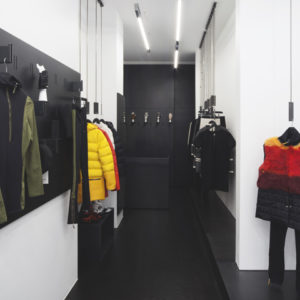 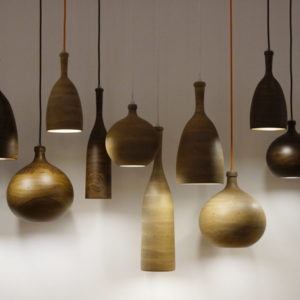