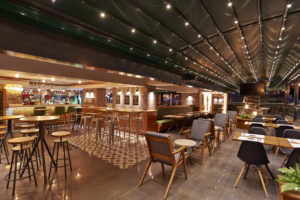 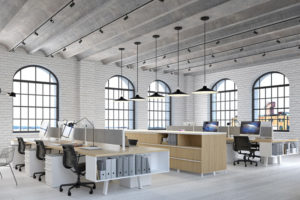 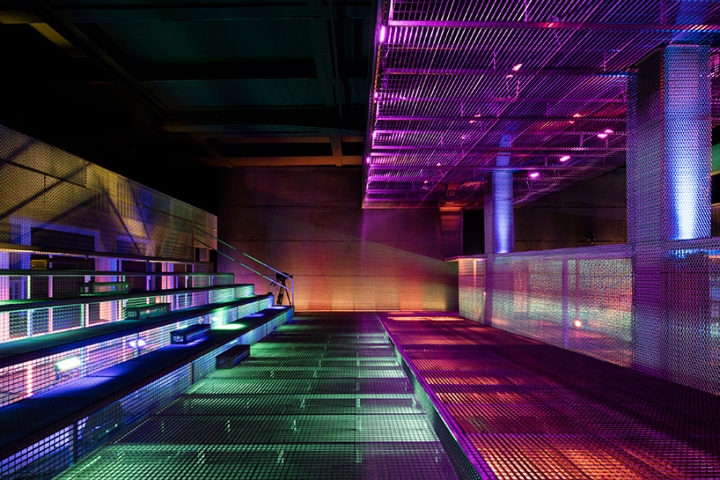 AMO — OMA’s research and design studio — has completed the set for Prada’s Spring/Summer 2017 show. Conceived as a ‘Stratification of Architectures’, the remains of the previous show have been left as a visible background for the new scenography, with the center of the interior free to host performances. Named ‘Total Space’, the scheme is articulated around a linear structure that both divides the volume and magnifies its perceived proportions. 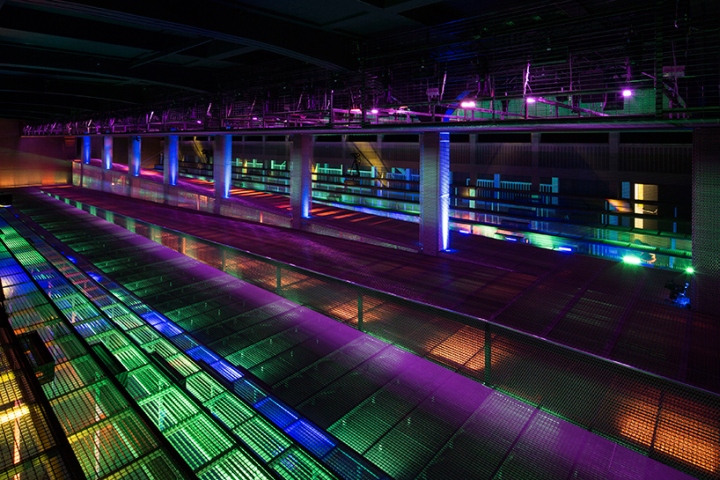 AMO has positioned a ramp between the ceiling and floor that serves as the catwalk for Prada shows. Meanwhile, tribunes are arranged along the perimeter to accommodate onlooking guests. A continuous metallic surface encompasses all elements of the set, generating a layer composed of meshes that feature a range of different patterns and dimensions. These abstract motifs overlap to recreate a ‘Total Space’, an architectural gesture that lends the project its name. 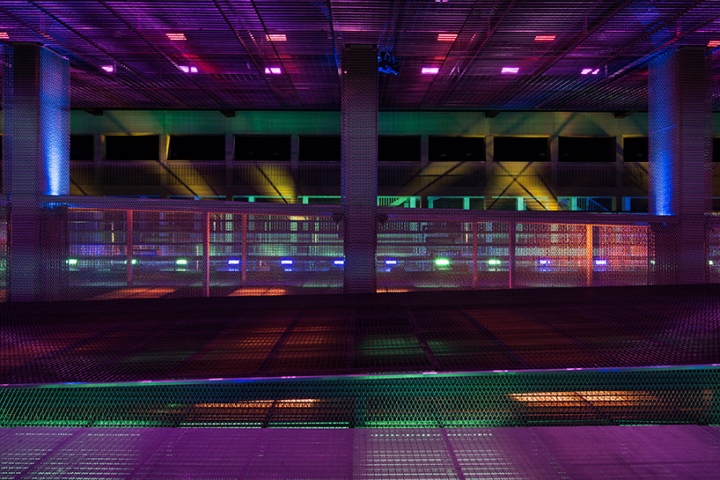 ‘The transparency of the cladding material unveils the underlying framework with cartesian precision,’ explains the design team. ‘The psychedelic glow that spreads throughout the space dematerializes all the surfaces, coloring the room, now reminiscent of a post-human scenario.’ Models parade at the center of the plan — at a controlled distance from the audience — appearing to levitate within the space. They then ascend onto the ramp, disappearing towards the installation’s vanishing point. 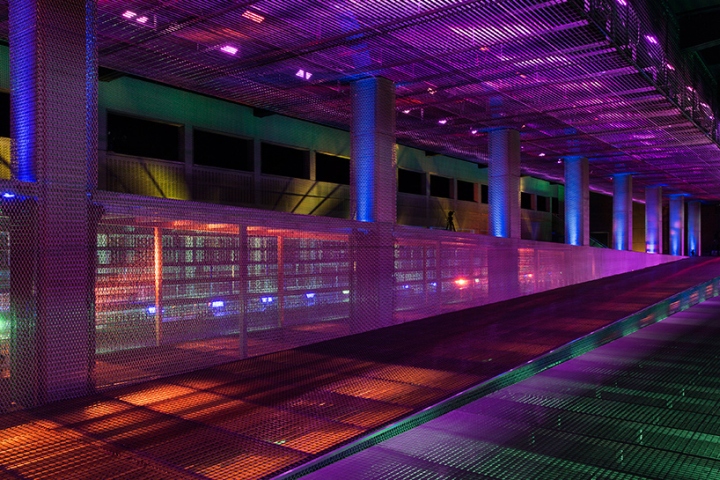 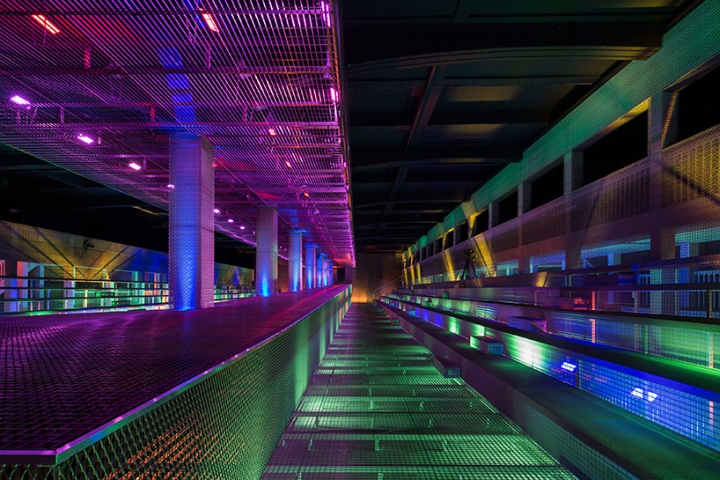 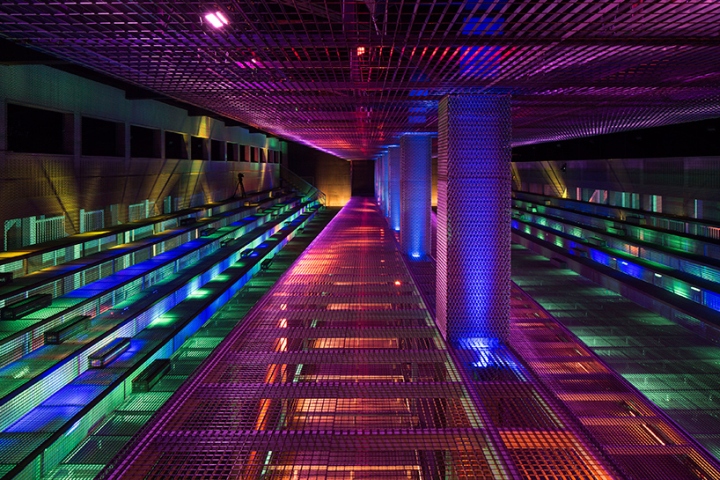 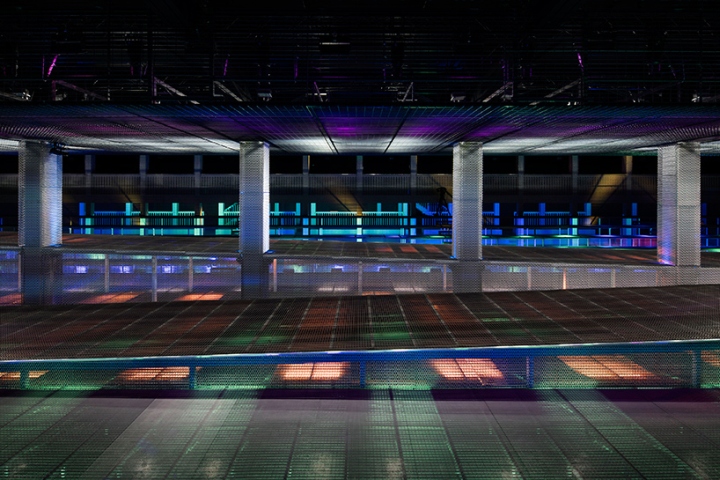 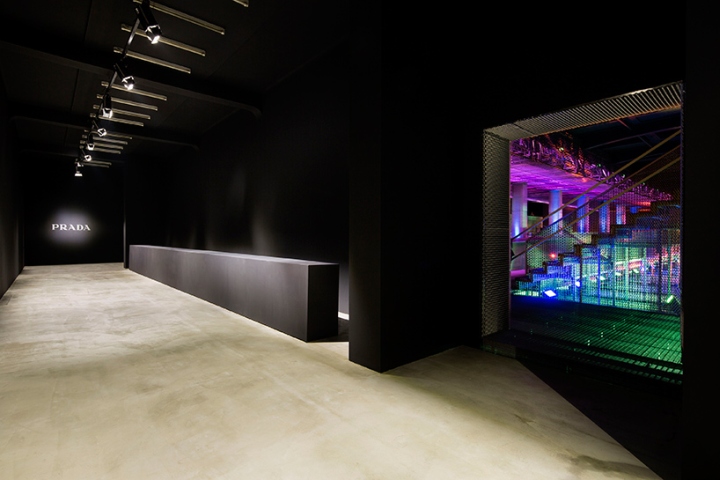 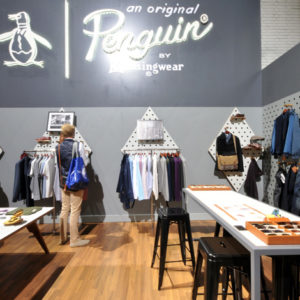 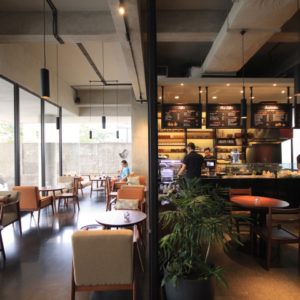 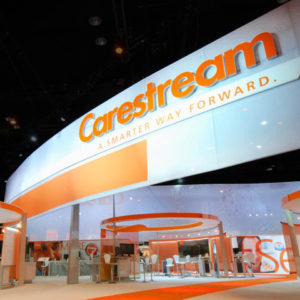 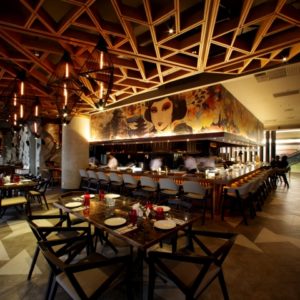