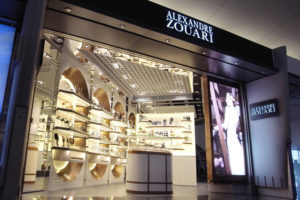 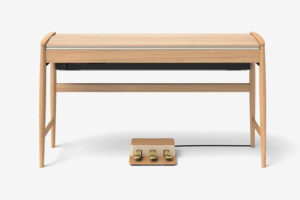 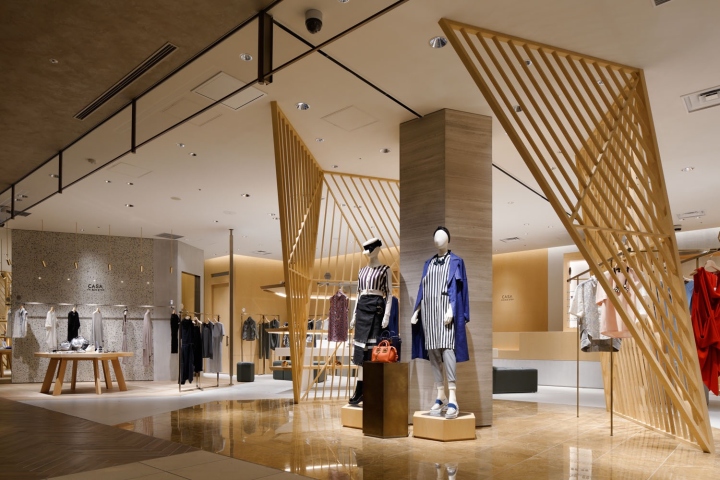 ‘CASA VIA BUS STOP’ is a select shop carries apparel goods mainly accessories. ‘Seamless & Warm’ was used as a concept along with back theme of Japanese traditional beauty. It produce three-dimensional module to the space by the configuration of the hexagon base, by applying diagonal lines that are made from each of the line to the floor plan. The central monument gives powerful impact overall, yet create a gentle impression by using the motif of ‘Lattice’ which produce
a gentle impression as if you are wrapped in visual image with transparency. Protrudes from the ceiling object and undulating walls results in a change in the conductor. Back wall is composed of four large groups which creates different scene. However it brings harmony and unity by designing. Wood used in the space was hard maple which is rare material as pine family that has less grain. You can almost say ‘It’s an art piece’ for rack and accessories showcase as we carefully eliminated the idea of ‘standard showcase’
And carefully paid attention to make it as ‘One of the kind piece’. Overall, We aimed to create the space such as giving a light and impression of depth. If you refer to the music, It’s Mozart that you feel dancing in the air flawlessly in the universe. 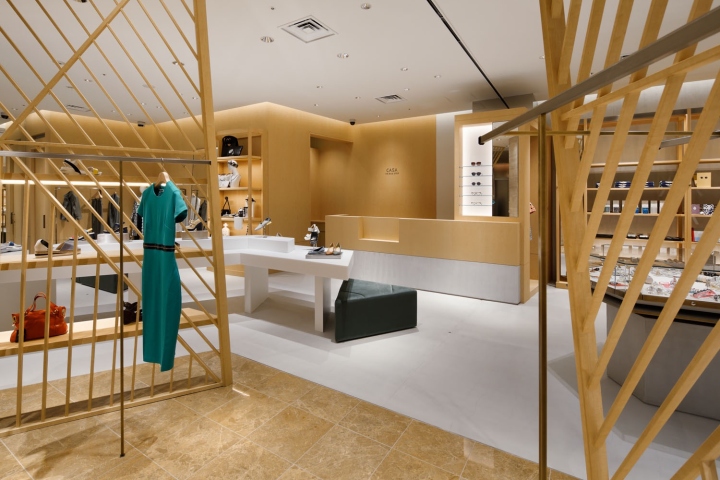 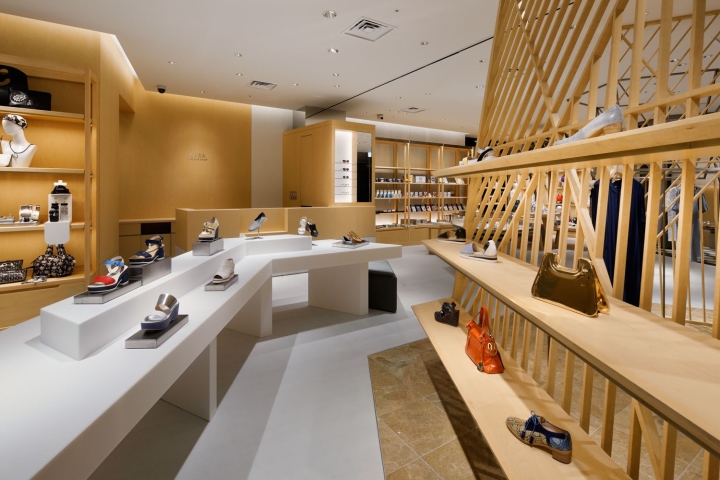 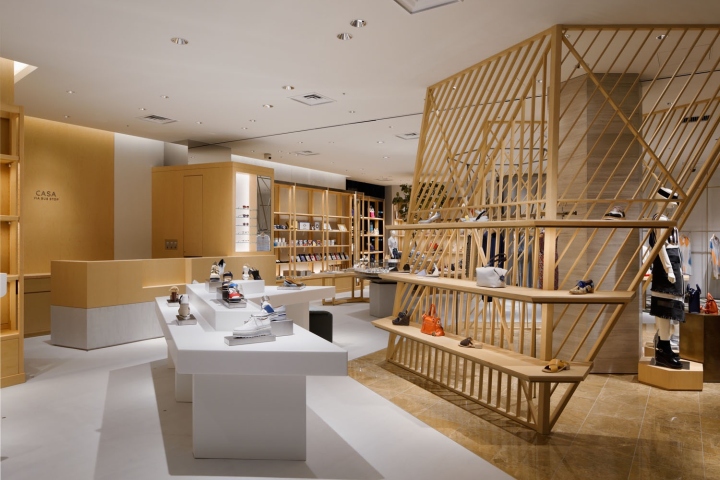 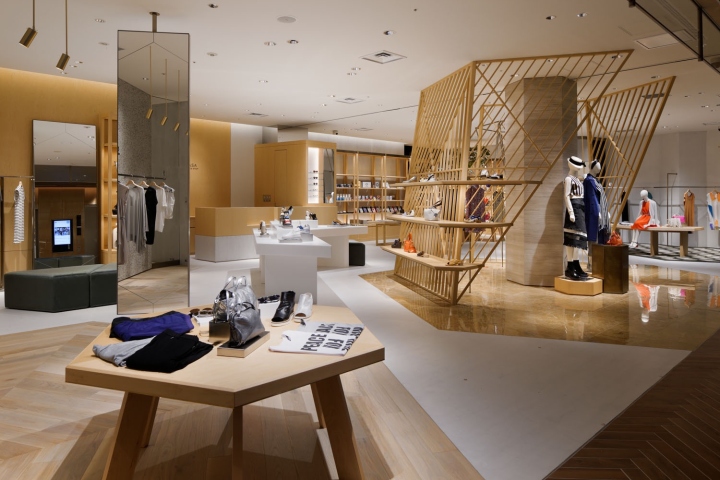 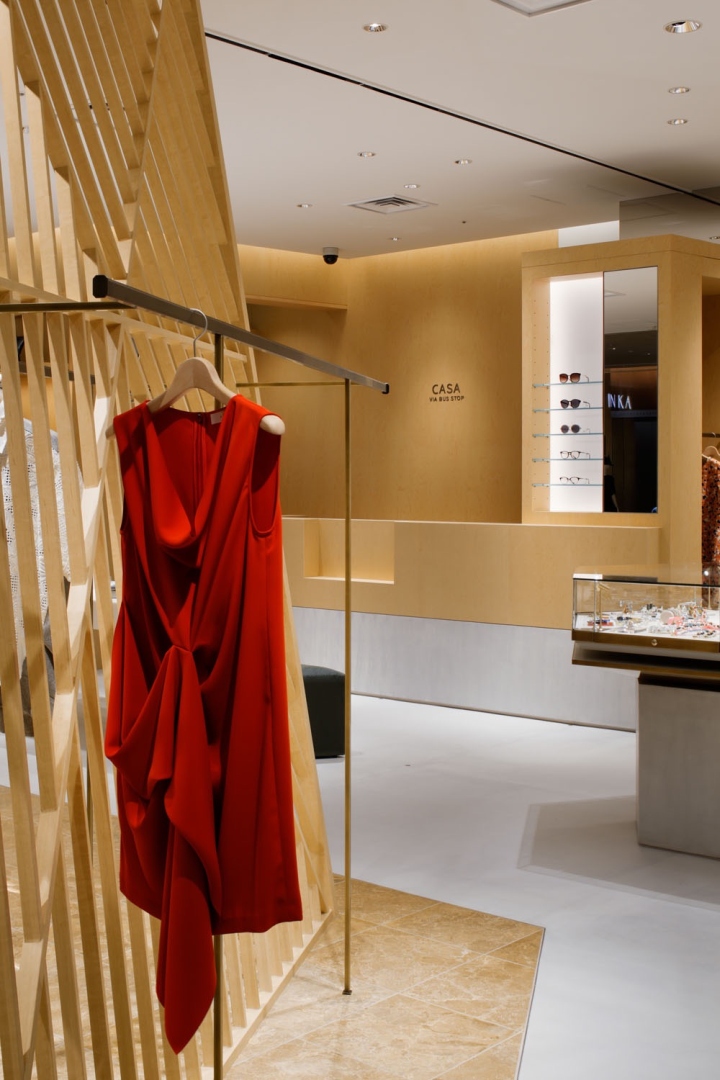 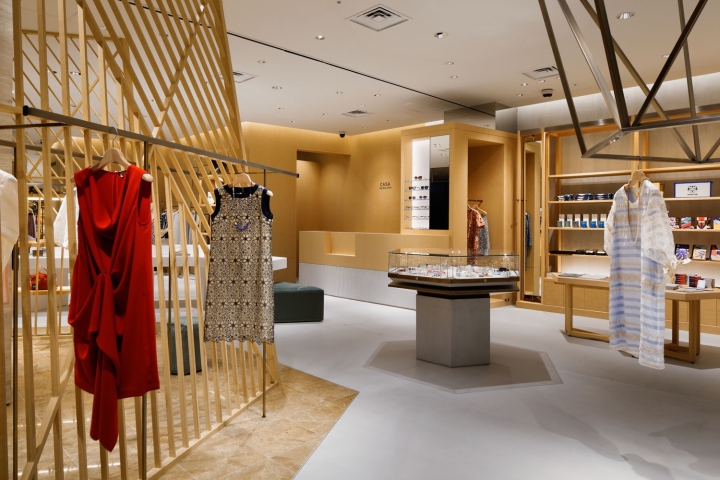 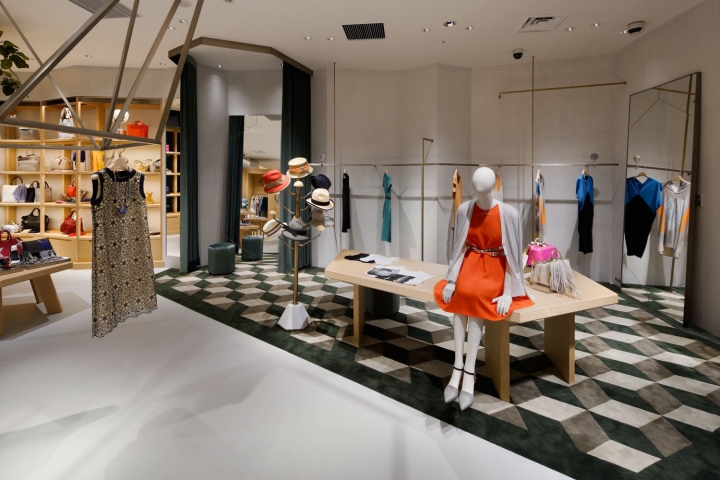 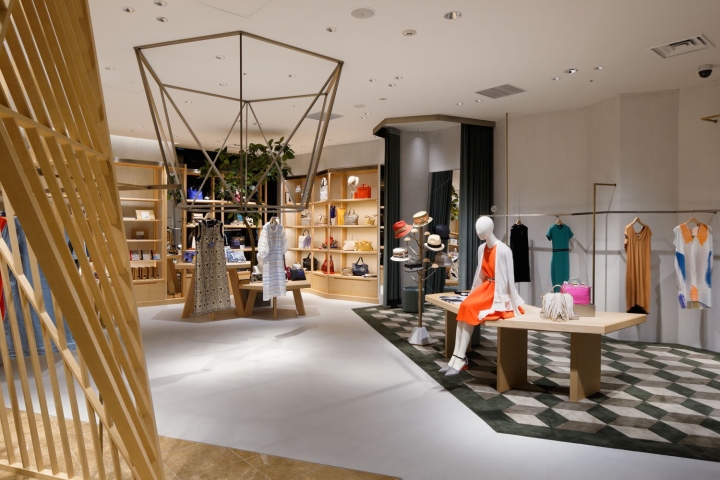 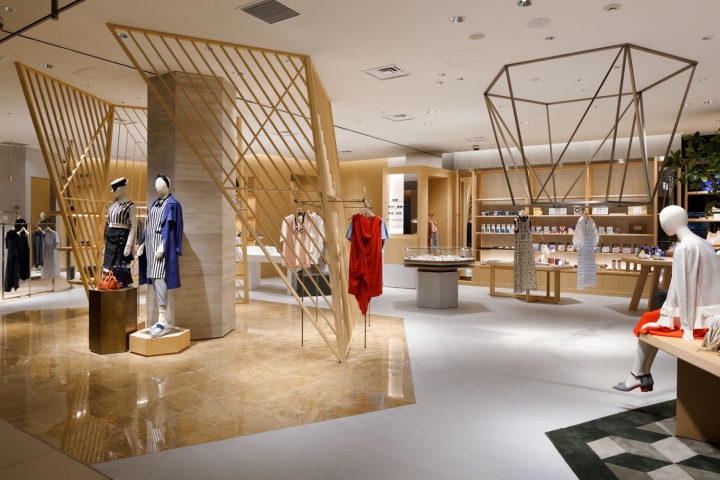 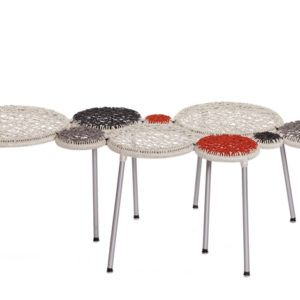 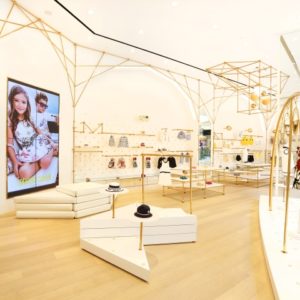 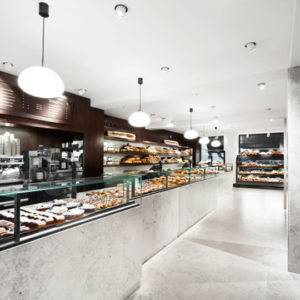 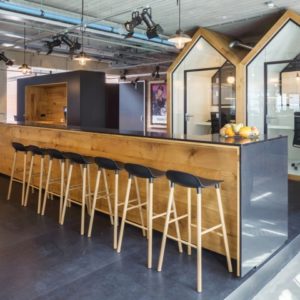