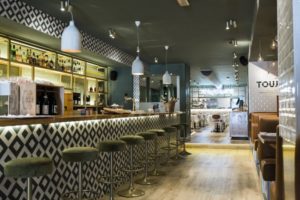 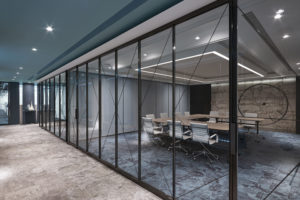 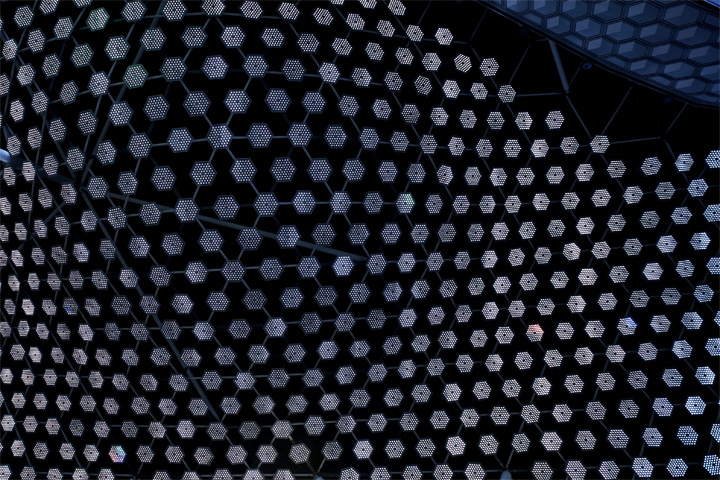 After the U.S., Canada and Europe, Float4 is continuing its expansion into the international market with one of the most ambitious multimedia projects of 2016, located in Dubai. The Meraas City Walk features one of the most extensive uses of digital installations in the world, with the goal of creating an unrivalled destination for tourists and local residents. Covering over 85,700 m2, equivalent in size to 12 football fields (7,266 m2), the Meraas City Walk showcases a digital experience meticulously integrated into the public space, which includes upscale retail, entertainment and residential components. “For our team, it was an opportunity to demonstrate our know-how through a hugely ambitious project – even by Dubai standards,” remarks Alexandre Simionescu, Co-Founder of Float4. “The project may only be a first step into the region, but it fully reflects our commitment to increasing our presence in international markets.” Overall, Meraas comprises more than 30 LED installations in 21 different formats and nearly 30 high-res projectors totalling over 80,000,000 pixels. The project represents a major challenge for content production, made even more difficult by the fact that the majority of installations are located outside. From content creation to integration
In its role as executive producer, Float4 handled all content creation, program strategy and technology infrastructure design. In addition to content inventory spanning diverse ambiances, two shows were created for a total of over 80 minutes of high-quality content. With themes that tap into the imaginary and futuristic, the artistic direction drew inspiration from the new development’s architecture and vocation. Currently, the project is in the integration stage. The site will be officially and fully open near the end of 2016. Fly studio, Gridspace and XYZ contributed to the project’s realization. 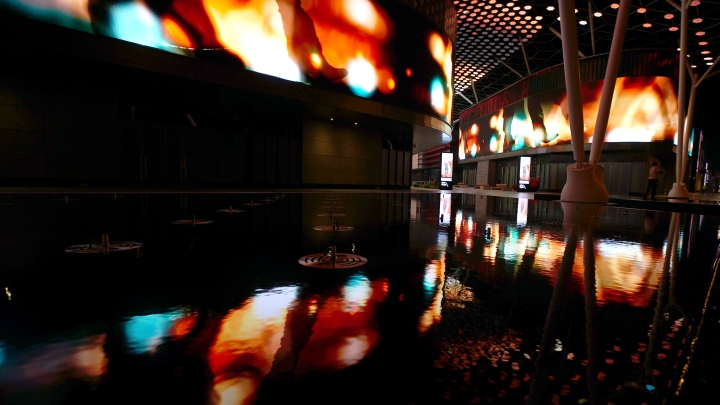 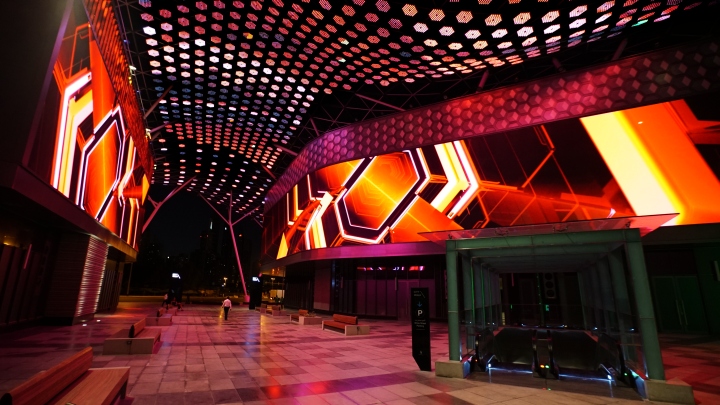 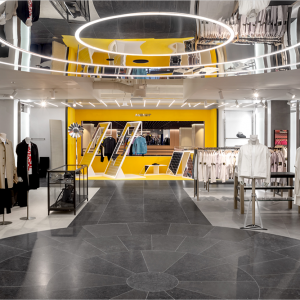 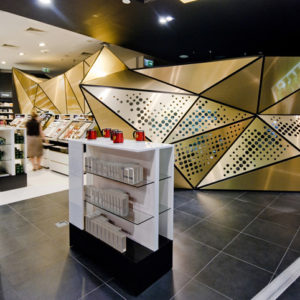 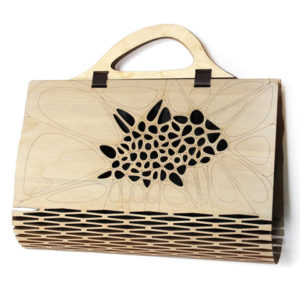 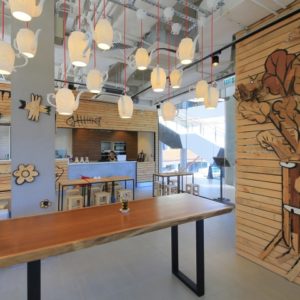