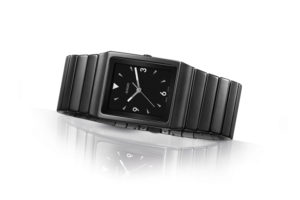 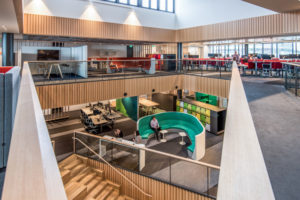 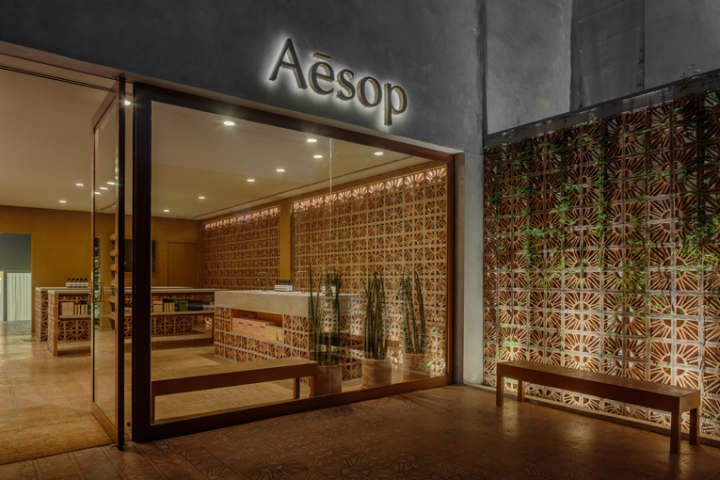 Just one year after entering Brazil’s retail scene with a signature store in São Paulo’s Jardim América neighbourhood, Aesop expands its local footprint with a second outpost. It’s situated in a low-rise structure in neighbouring Vila Madalena, an upscale area known for its abundance of cool independent boutiques and nightlife haunts. For the design of the store, Fernando and Humberto Campana, arguably the country’s leading designers du jour, have been asked to create a matching retail setting. The fraternal duo fused characteristics of local architecture with elements of the Australian cosmetics brand’s brand philosophy. Shoppers enter the premises through the gate, crafted from aluminum and decorative Brazilian cobogó brick – a material that’s also used for ventilation and shade – and proceed across a semi-secluded courtyard, replete with timber benches and greenery, before reaching the actual retail space. Inside, the aesthetic is seamlessly extended, albeit in a more practical form. The countertops and product displays are all composed of the same bricks, and paired with sisal fibre on the walls to further enhance their specific decorative appearance. A more secluded outdoor space is situated at the back of the store. The new Aesop boutique carries the brand’s full range of skin, body and hair care products. 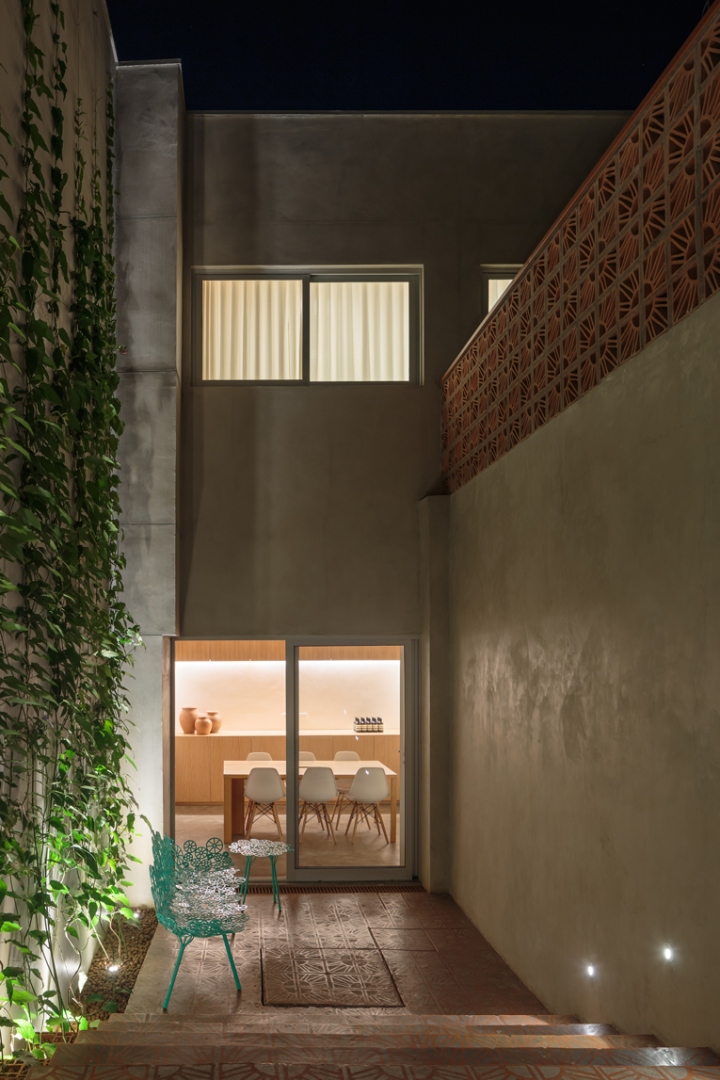 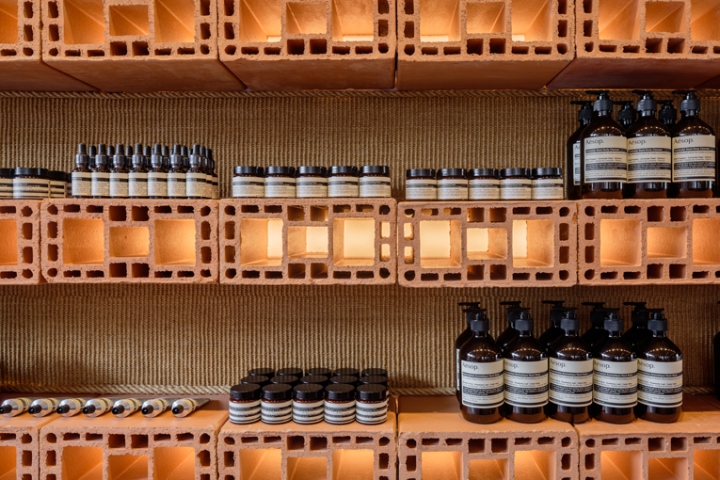 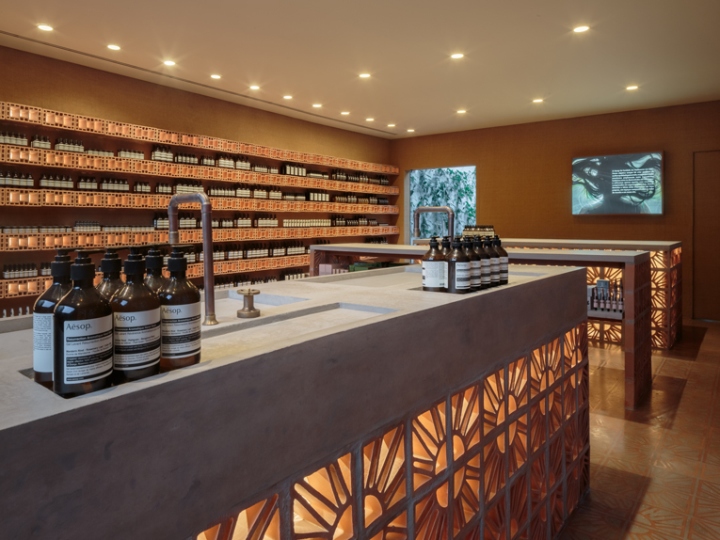 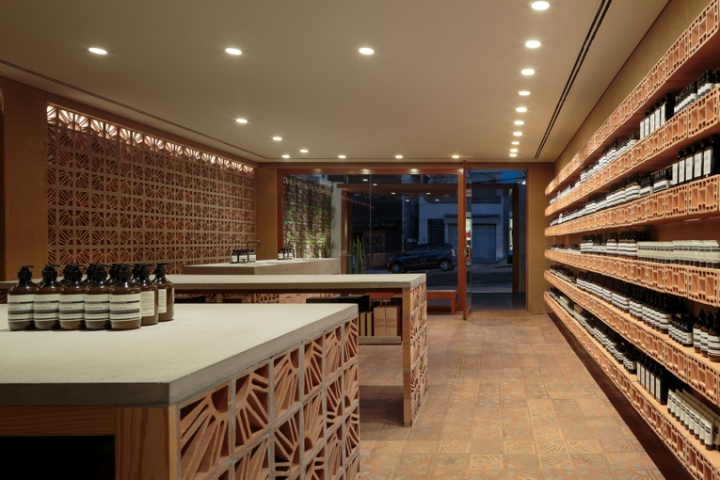 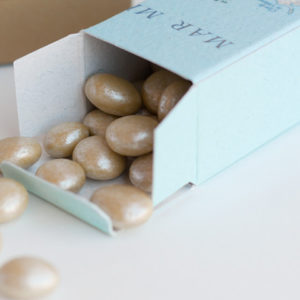 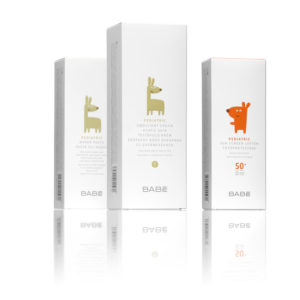 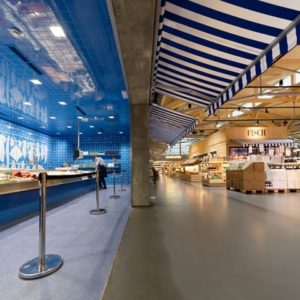 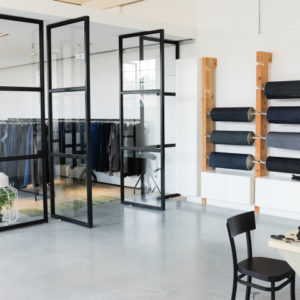