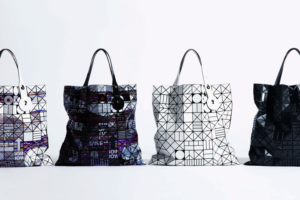 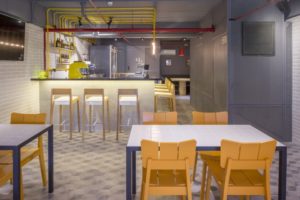 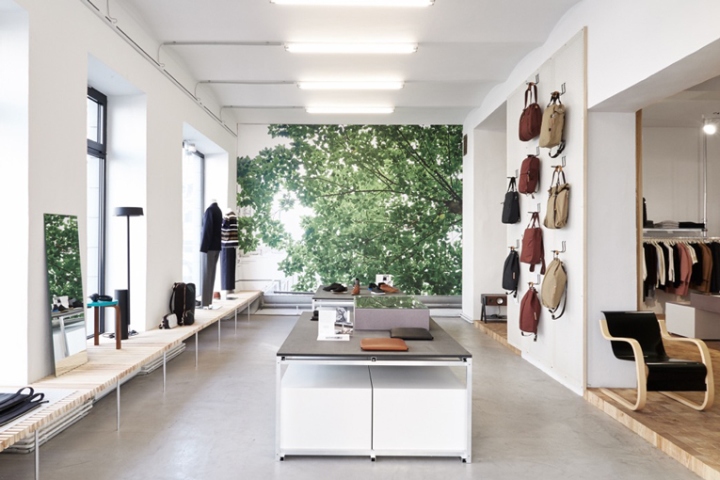 Little over a year after extending its operations to the realm of retail with a store of its own at homebase Zurich, bag manufacturer Qwstion expands with a second outpost in neighbouring Austria. The store, offically called Qwstion invites, is aptly situated in Neubau, an area of the capital Vienna that has become increasingly known in recent years for its cool vibe and the many independent boutiques and other quirky businesses that obviously come with it. Occupying a lofty ground floor unit of 195 sqm. [2,099 sq.ft.] of a 19th century building, the interior design has been created by Qwstion’s creative director Christian Kaegi and his design team. The aesthetic is loosely inspired by the concoctions of American artist Donald Judd [1928-1994], and as such, understatement is key. The palette comprises of raw but pure materials, captured by highly functional furnishings and fixtures. Infusing the setting with a slight tech component, modular walls of perforated sheet steel have been added, while an elevated area made up of 9,000 wooden blocks simultaneously lends the design a warm tone. Interestingly, Qwstion’s store also features Café Wolfgang, an equally sleek hospitality unit, replete with a monolithic aluminum counter and artek furniture, and which kicked off its operations last month. So, what’s on the shelves? The offerings straddle various categories of a modern urban lifestyle, featuring not only Qwstion’s coveted bag range, but also a tightly curated range of apparel, shoes, accessories, and eyewear, but also furniture pieces and home objects. Currently on the brand list are coveted names such as Norse Projects, New Tendency, Makr, Laboratorio Olfattivo and Ystudio. Additionally, qwstion has created a platform to support talented local designers that deal with the swiss modernist design heritage in one way or another. studio vandasye, terrazzo project and schönstaub are the first to present their products. 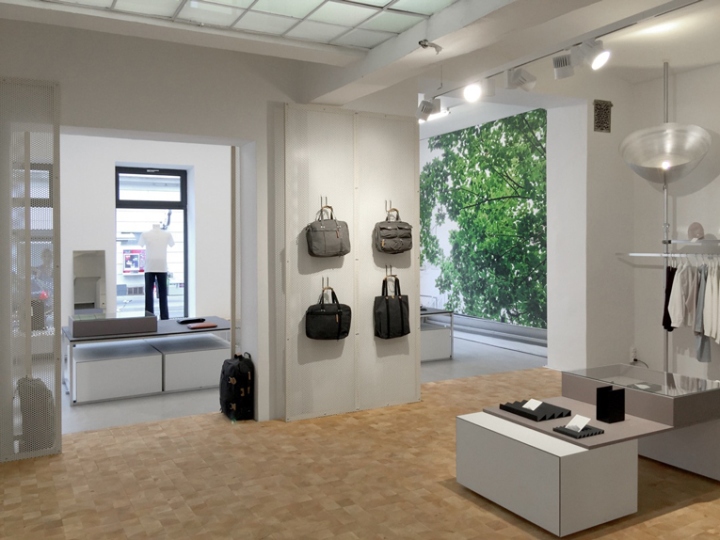 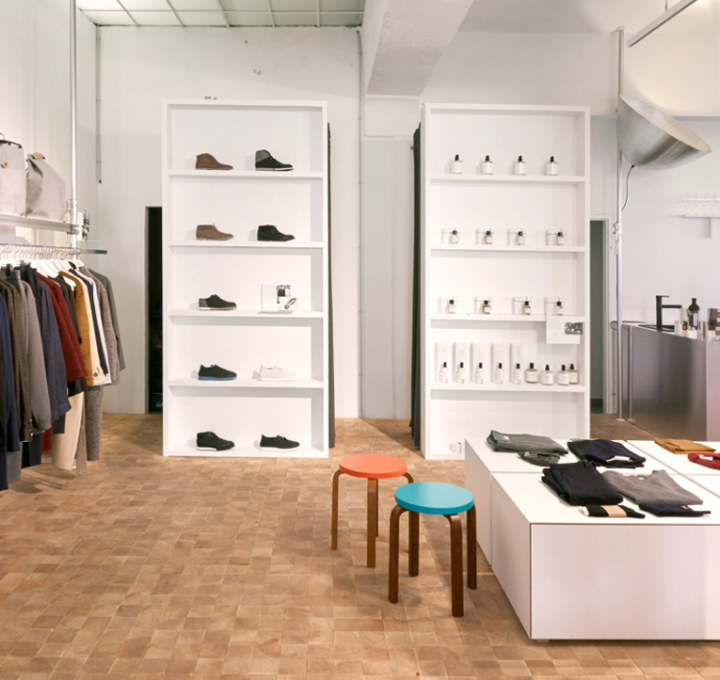 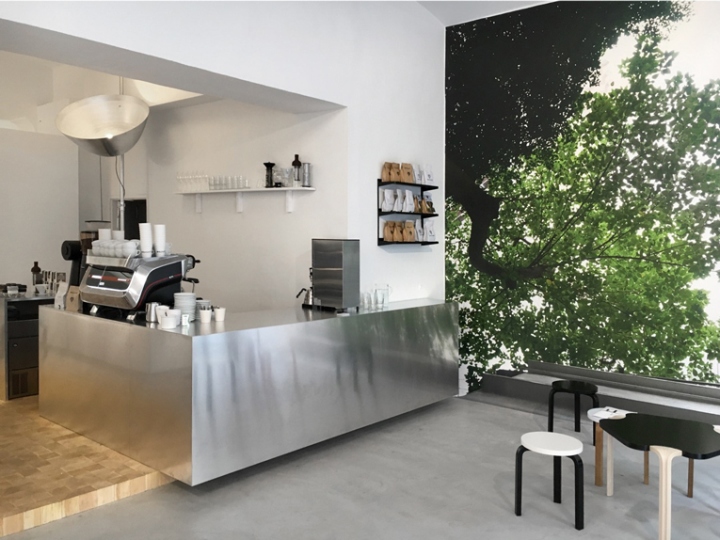 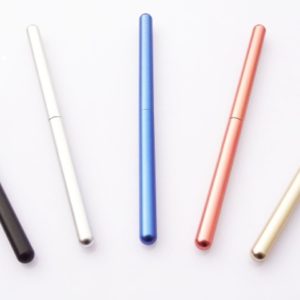 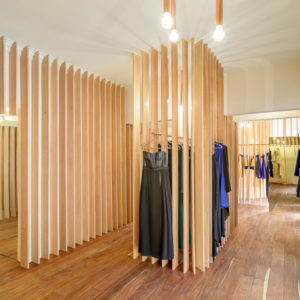 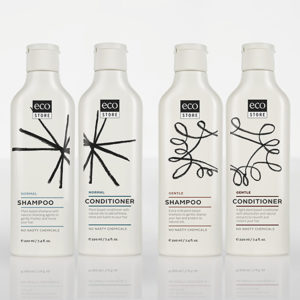 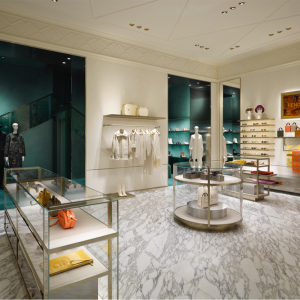