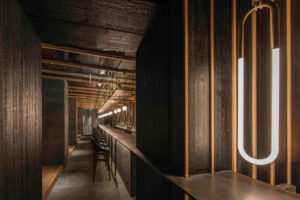 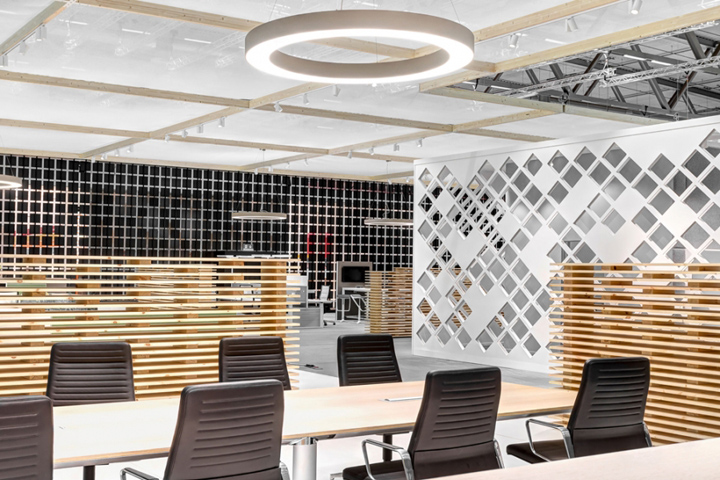 Arting, designer of Palmberg’s stand at the last Orgatec, was briefed to realise a visually eye-catching space that conveyed an office-inspired atmosphere and coherently represented the brand’s identity throughout. The creative concept utilised contrasts – between transparency and openness, and dark and light – to create a strong architectural statement that intrigued visitors to discover more. Enveloping the stand entirely was a mysterious black screen made from PVC plates – a total of 5000 plates were suspended on a grid of steel tubes. This enclosed the space to create a more intimate feeling within the 1230-sqm-stand, while allowing a connection to its surroundings. In this way, the screen also remained open enough to afford glimpses into the interior to arouse visitors’ curiosities, and the plates were cleverly spaced to adhere to the level of 50 per cent transparency that was required of all stand facades. Products were displayed in different areas that shifted between light and dark atmospheres. An open layout allowed visitors to meander freely between displays. Perforated white screens echoed the grid of the facade and functioned as playful partitions to structure the spaces. These grids were also used in the dark, lowered ceilings. Other overhead aspects were fashioned from a light timber framework clad in delicate white fabric. An elevated section housed the cosy lounge area that was intended for hosting meetings with clients and stakeholders. The next Orgatec trade fair will take place in Cologne, Germany from 26 to 29 October 2016, with a theme: New Visions of Work. There will be a special Re/Work Competence Centre presented by the identity architects Ippolito Fleitz Group which will offer moments of inspiration throughout the fair. 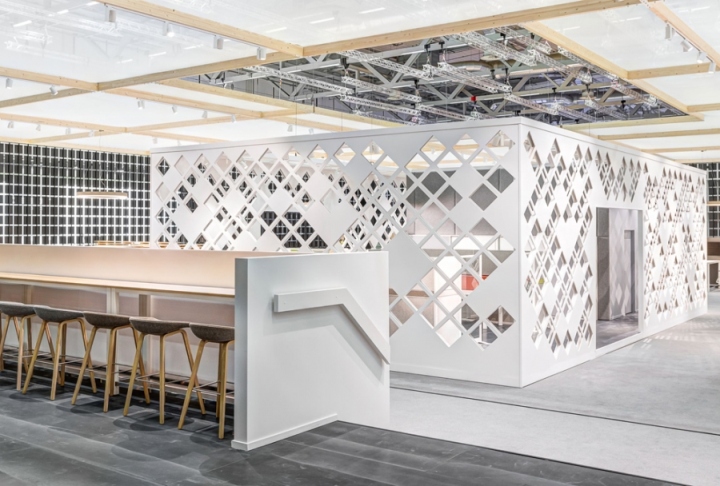 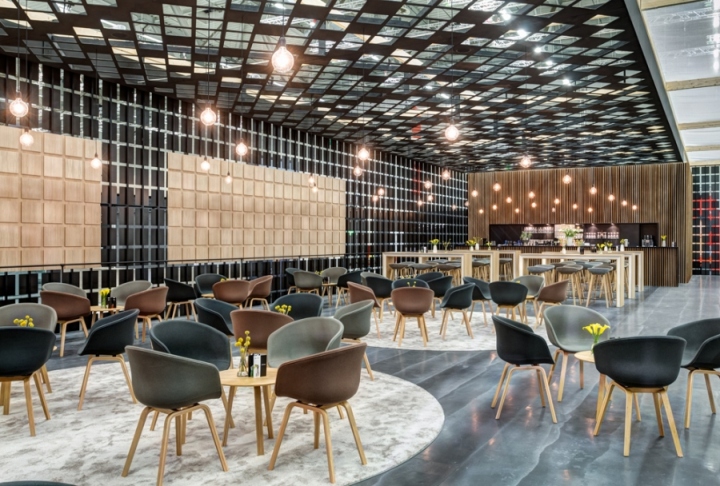 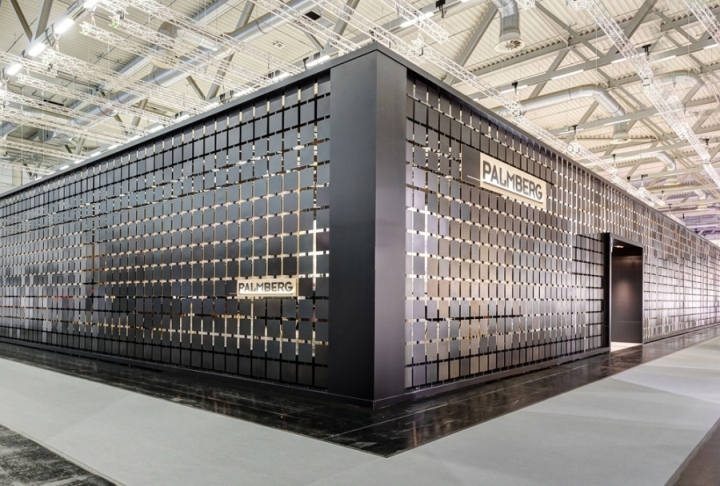 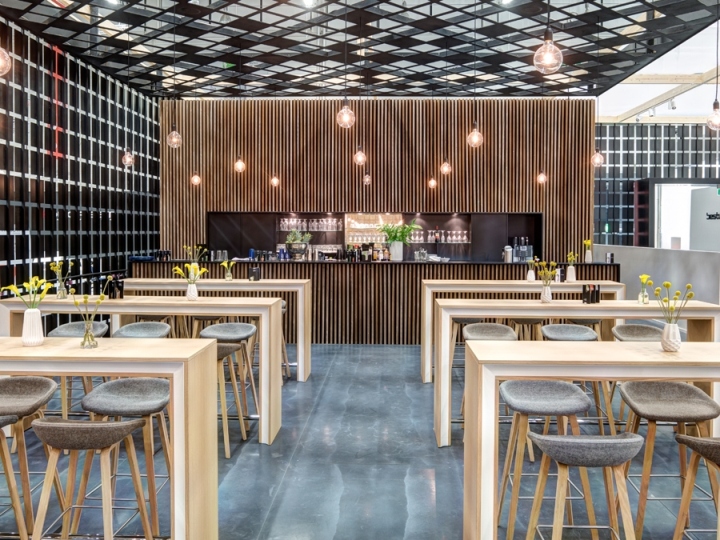 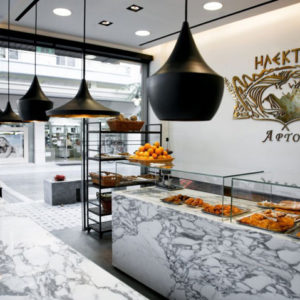 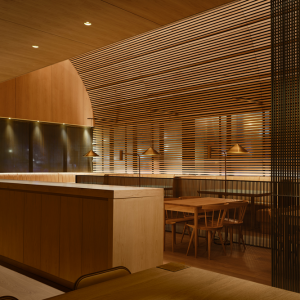 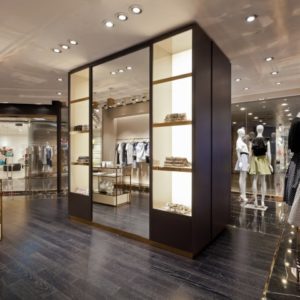 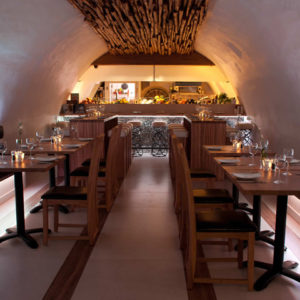