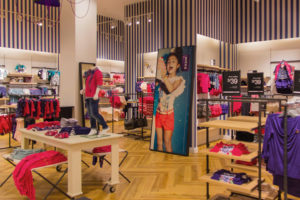 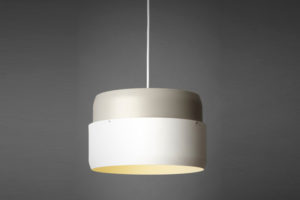 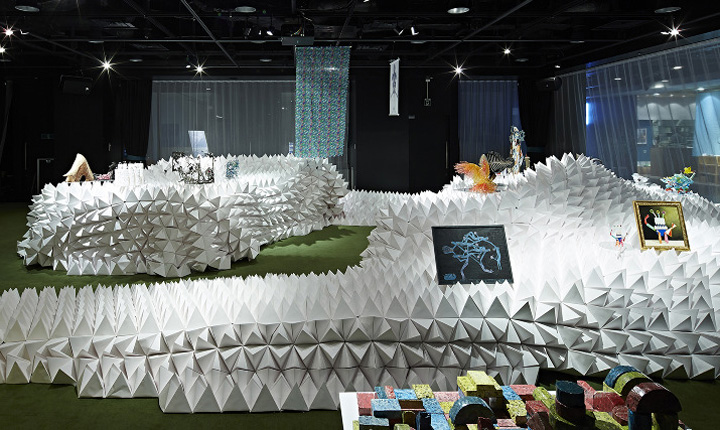 This is a booth design for Art Exhibition, of which concept is to display monsters as a metaphor of disasters. Art works exhibited were selected through a competition. The concept of this exhibition design appealing as mountains or waves is to create landscape where monsters/disasters lie in. By covering terrain made of cardboards with paperskins of regular triangular pyramids, its appearance metamorphoses into MonsterScape with a display function. Charity actions enable small-gather to accomplish something big, and this embodies the project concept design, in fact, the numberless triangular pyramids were made by many supporters. Paper and cardboard were selected for their ease of self-production and disposal. 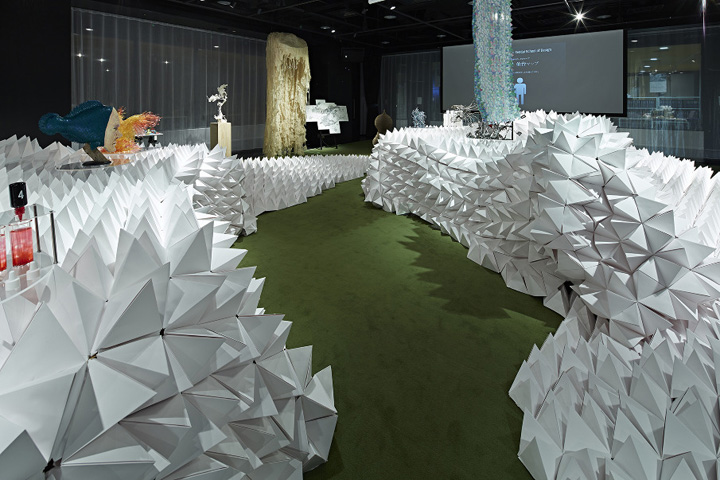 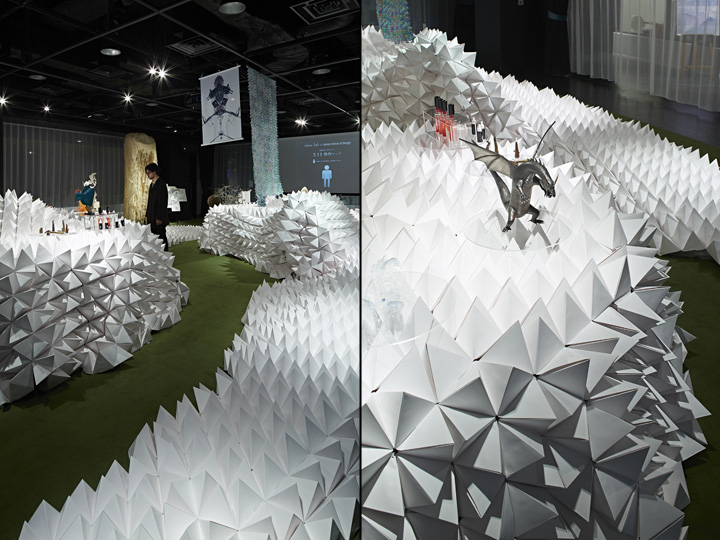 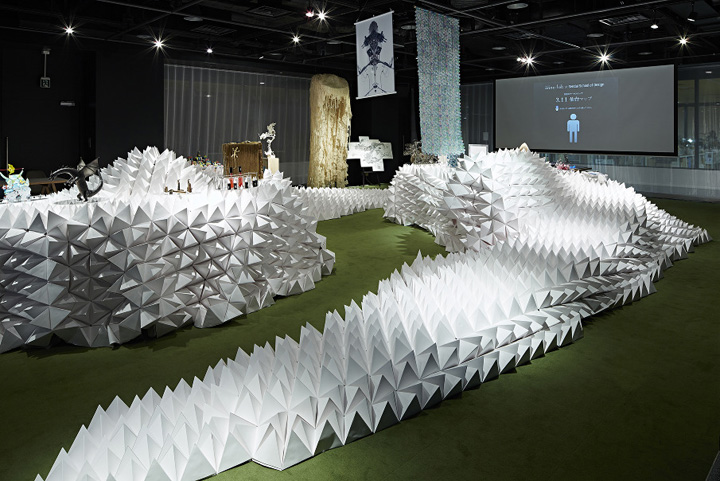 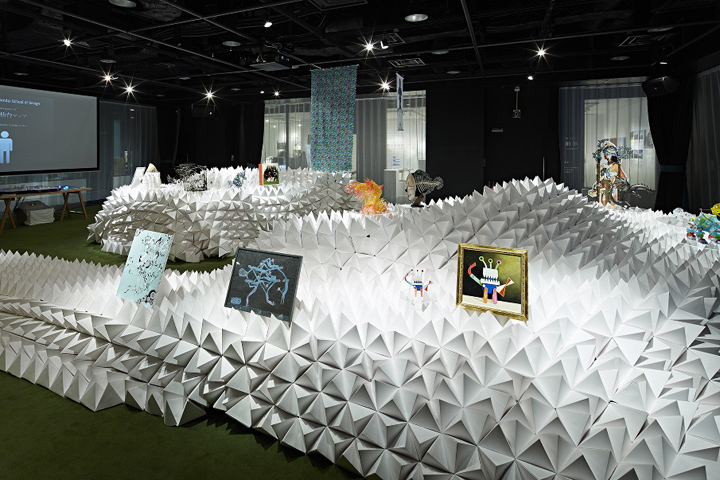 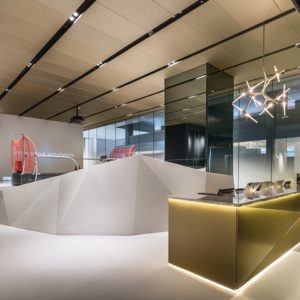 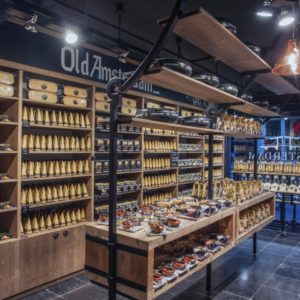 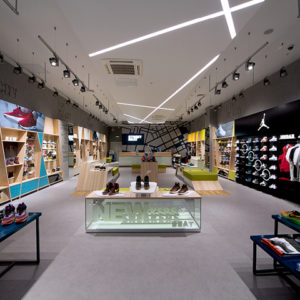 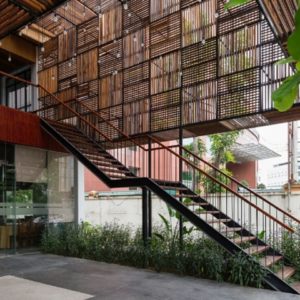