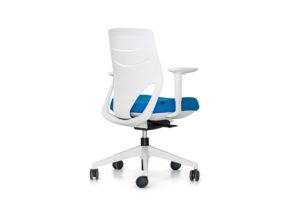 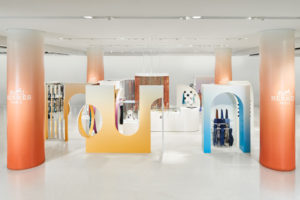 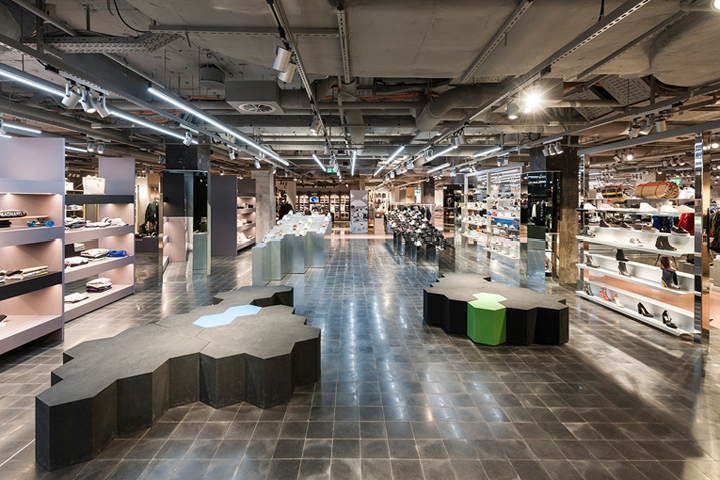 Oberpollinger is a high-end department store in Munich, and with a clear notion of the opportunities of contemporary retail and the trajectory to follow, the Kadewe Group-owned Company it has just revealed a dramatic redevelopment of the basement section of its flagship on Neuhauserstrasse, and it’s one that aims to lure a larger demographic of young and trend-conscious shoppers to its doorstep. Berlin-based architecture practice Gonzalez Haase was tapped to create a setting that would reflect the forward focus of the many brands and products on display, and given its successful track record of hybrid concoctions that fuse a structure’s original elements with sleek interventions, we’d say it’s a match made in retail heaven. Baptized The Storey, the basement section has been given an understated identity with playful that’ll surely resonate well with its target audience. An exposed concrete ceiling with meandering utility pipes counterbalances a sharply structured design below, captured by large sculptural displays and other furnishings, and sleek open-work shelving, all placed on a grid of polished tiles. A well-balanced palette of hues adds a playful depth to the design of the 3,600 sqm. space. As said, Oberpollinger’s The Storey caters to young consumers, and obviously it stocks a wide range of men’s and women’s products that specifically appeal to this group. Currently included on the brand list are coveted names such as Opening Ceremony, Shinola, Libertine-Libertine, New Balance and Norse Projects. Additionally, there are sections dedicated to kids apparel, accessories, and cosmetics. 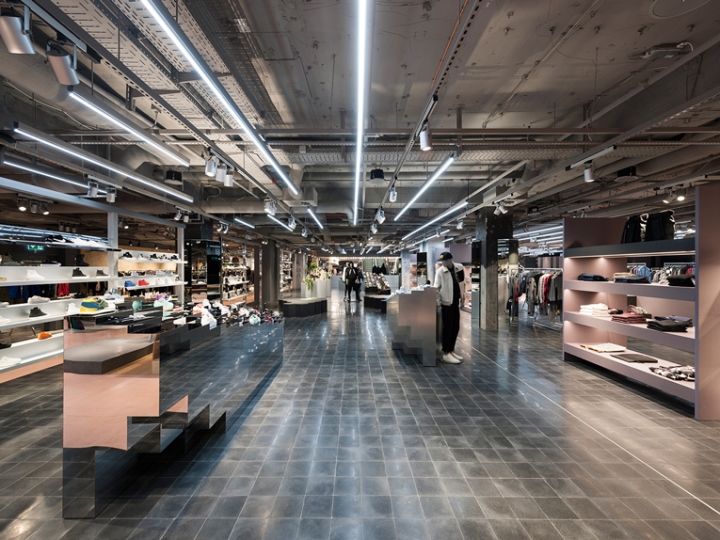 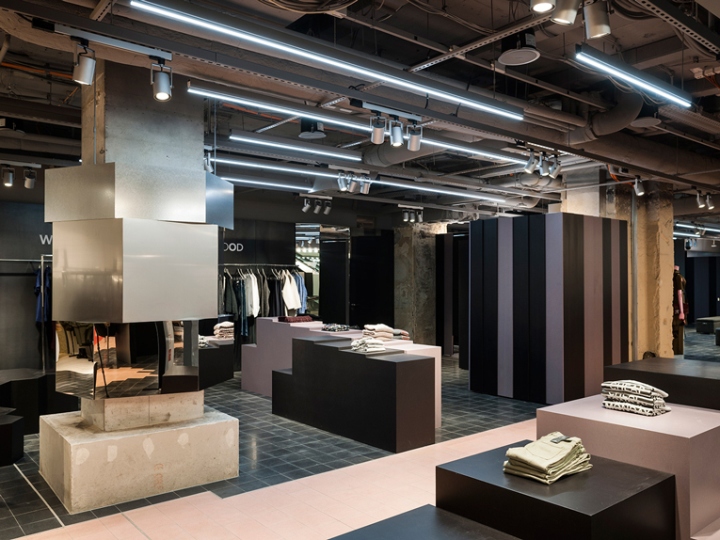 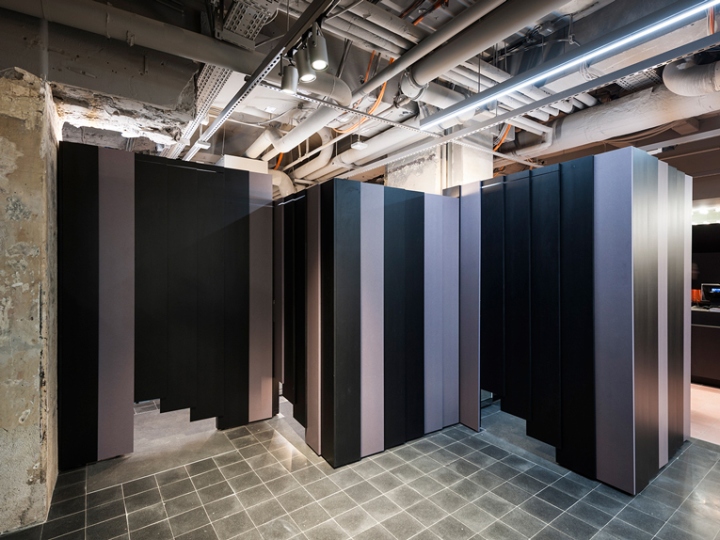 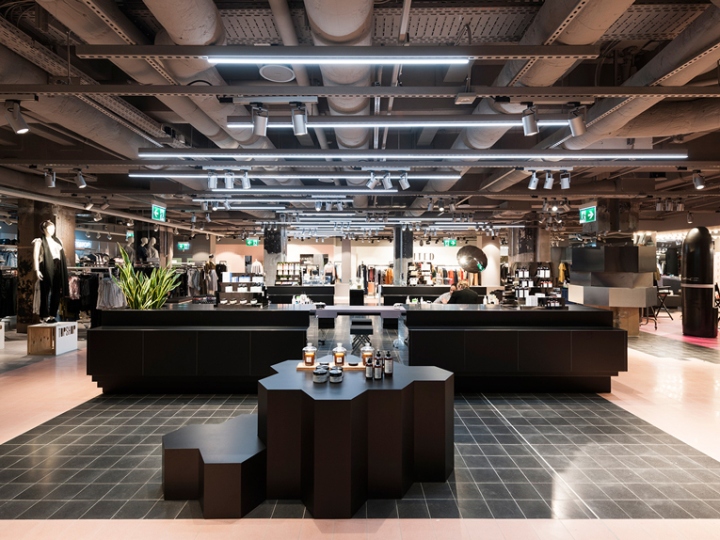 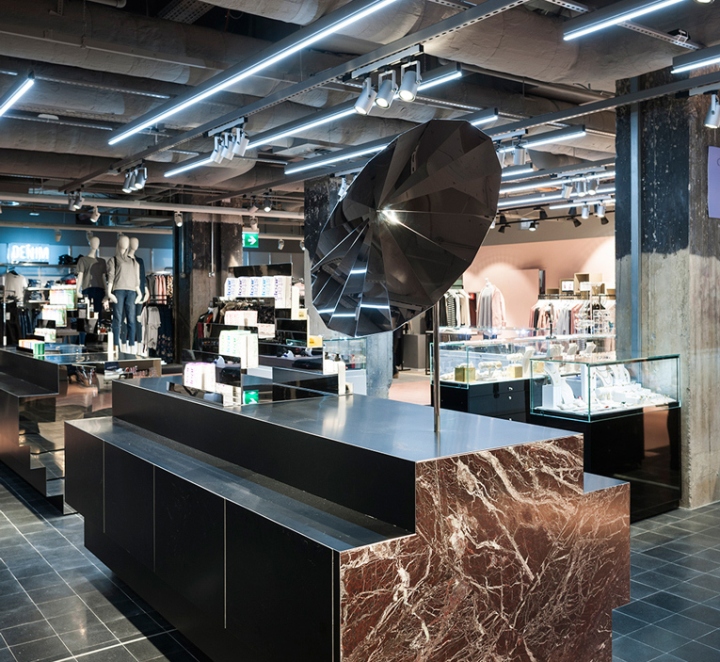 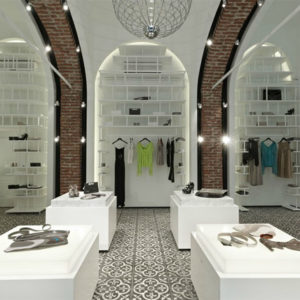 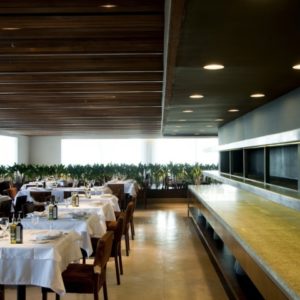 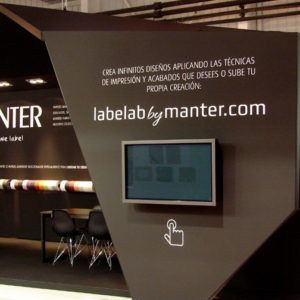 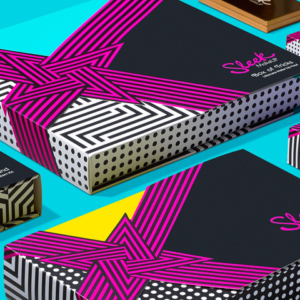